Japanese Women in idealised and quasi-erotic style by Keiichi Takasawa (1914-1984) on playing cards manufactured by Angel Playing Cards Co Ltd, Japan. The ladies are in demure poses and a few are not quite fully dressed. Most of the images appear to depict the same model. 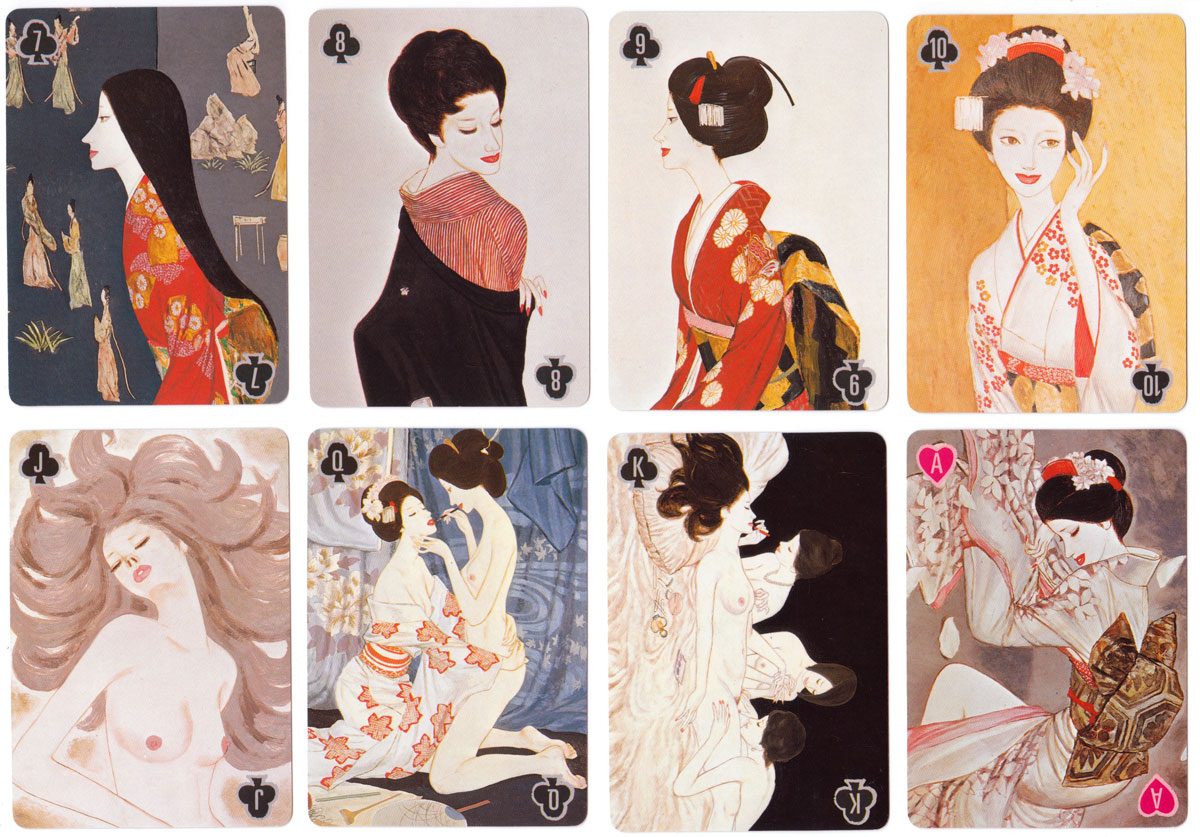 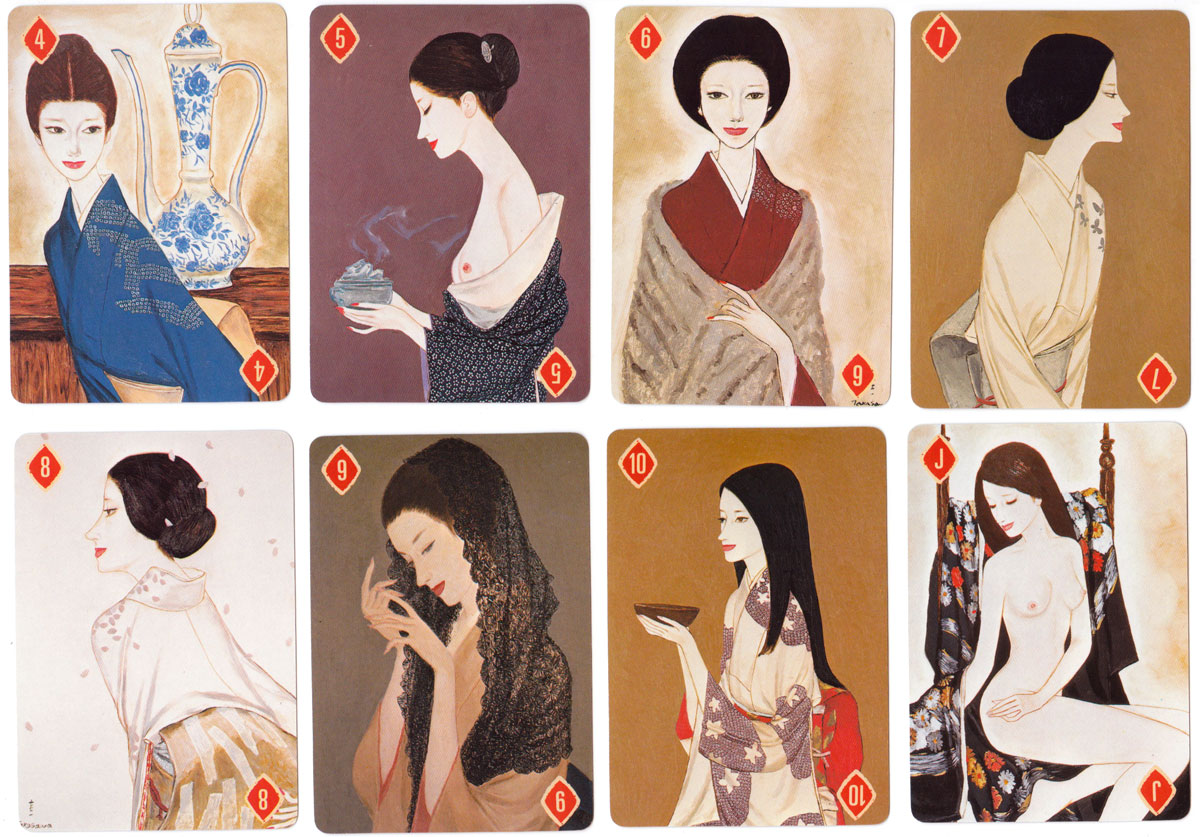 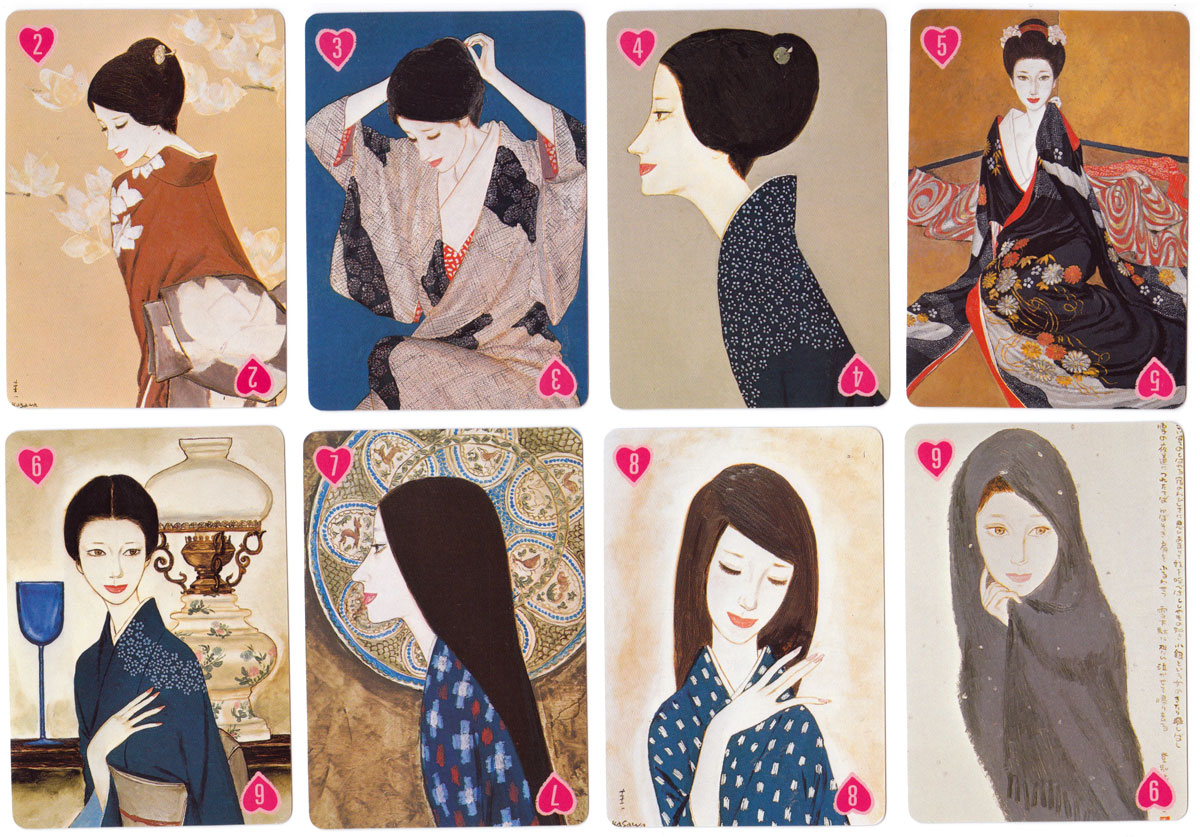 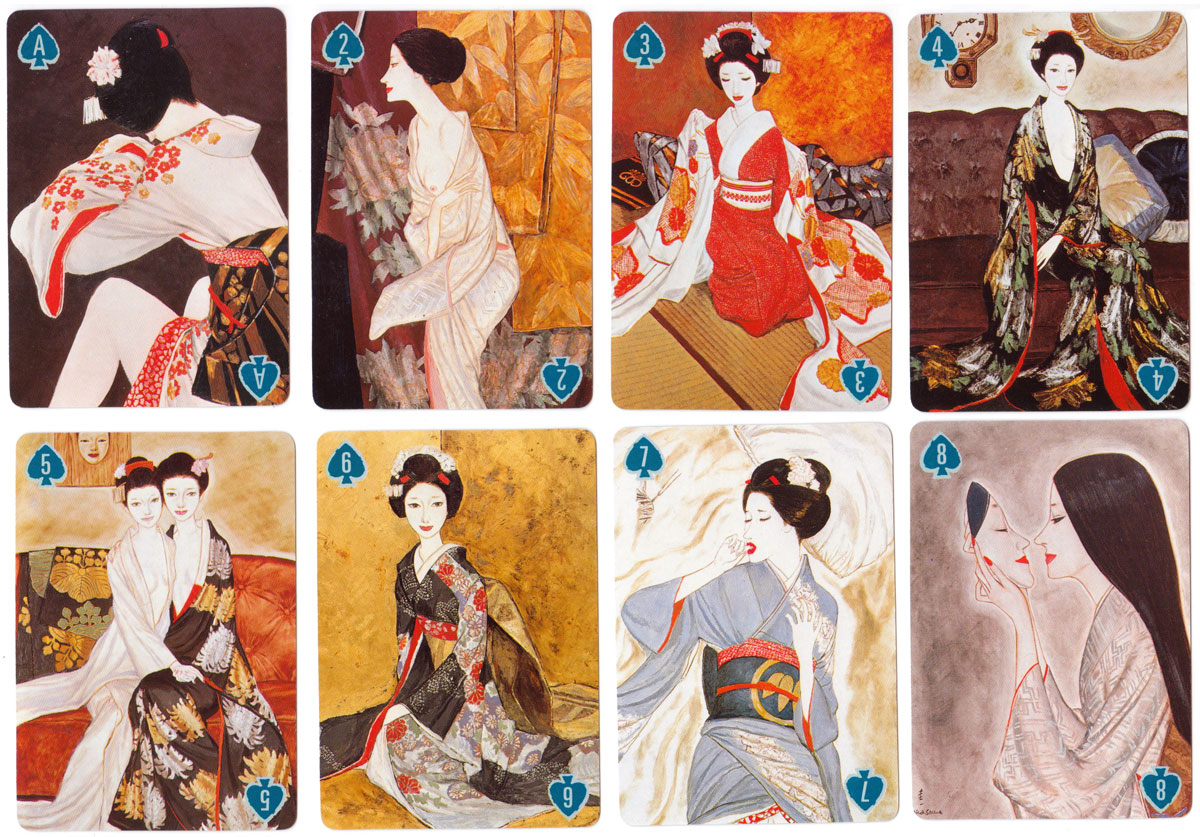 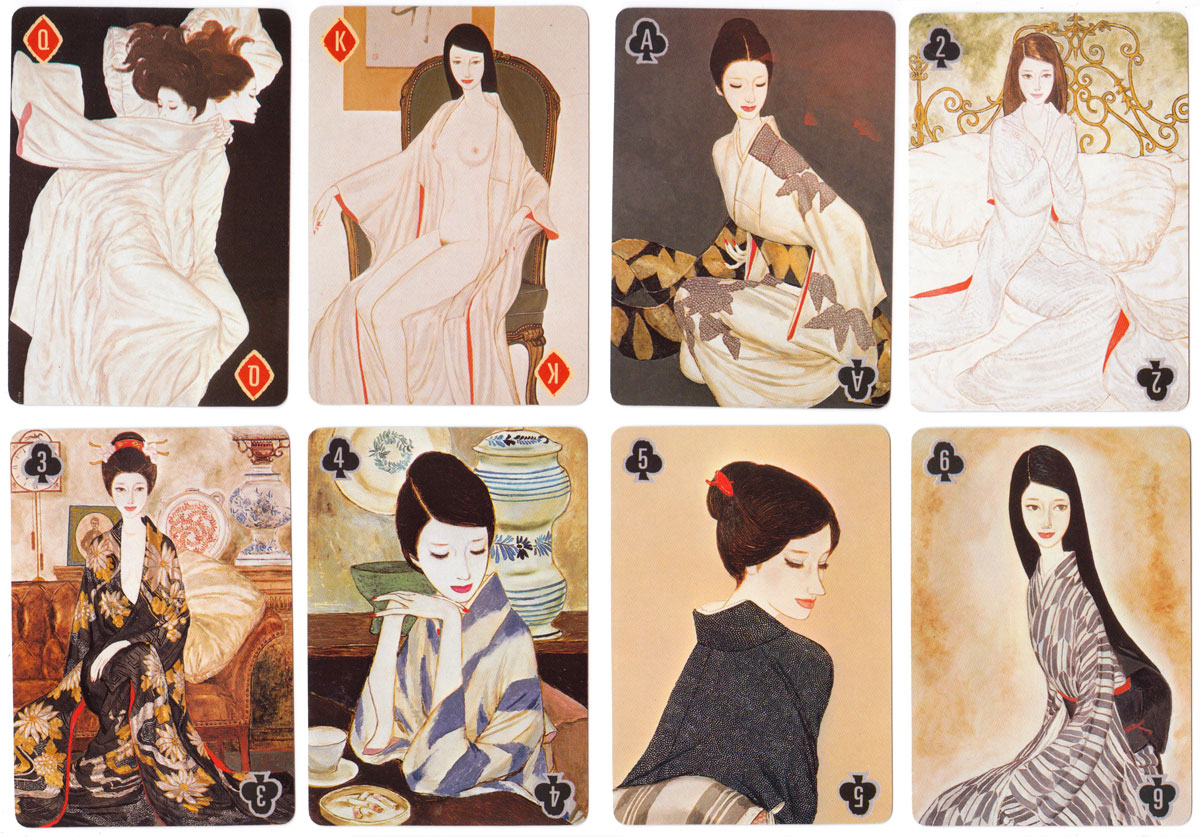 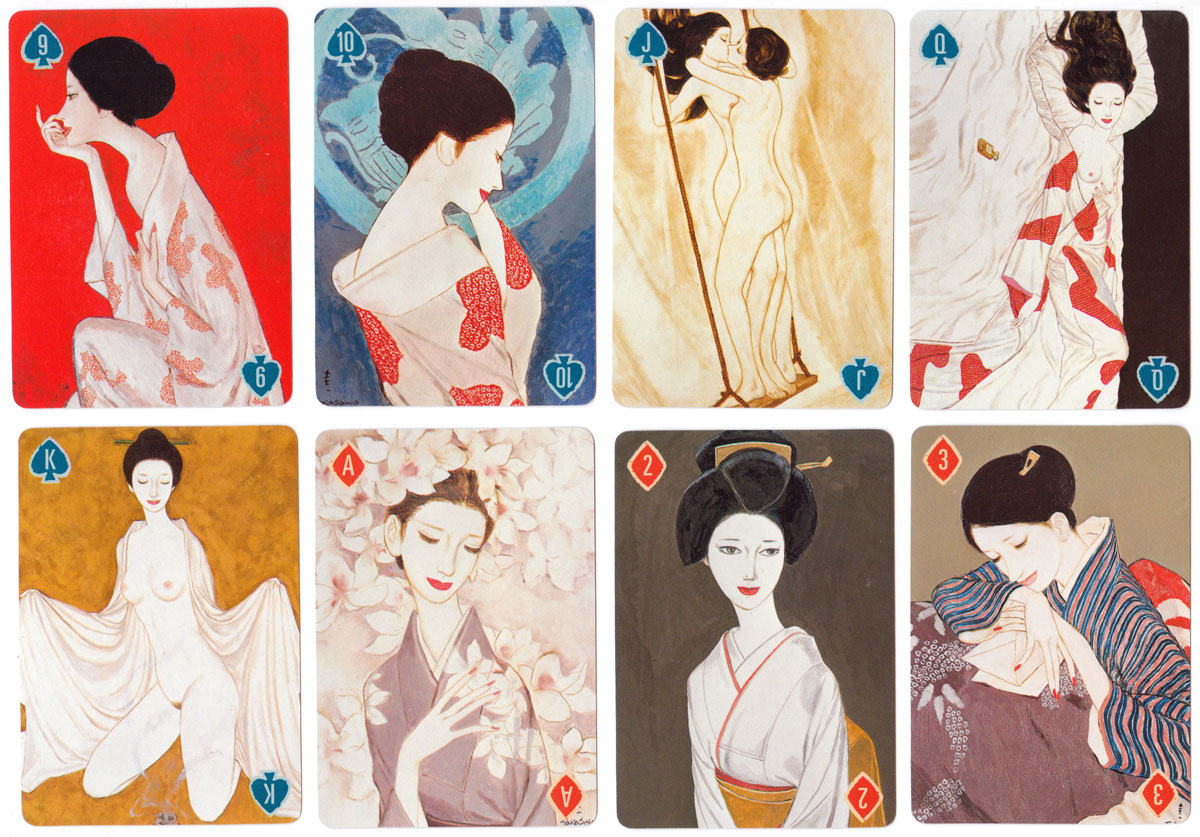 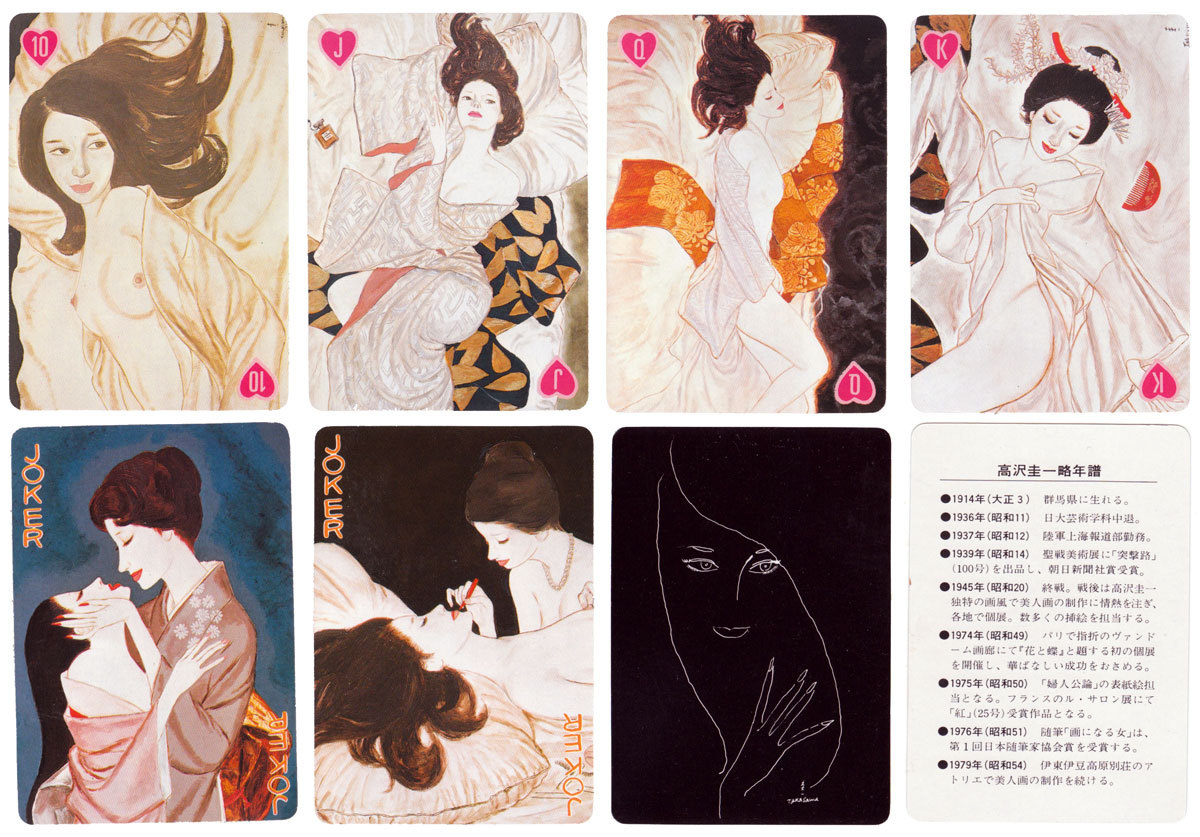 Keiichi Takasawa was born in Gunma Prefecture in 1914. In 1936 he attended Nihon University and later studied with Tsuguharu Fujita (a strong influence). During the war Keiichi worked as a war reporter. He did many illustrations and covers for women’s magazines, music record covers, etc. He also produced many ‘nikushitsu’ paintings of ‘bijin-ga’ (beautiful women) and the best of these were often published as woodblock prints. His bijin-ga prints always depicted the same slender-necked beauty (who may have been his wife), often in erotic poses. He usually signed his name using both Japanese kanji and Roman script, and this can be seen on the back of the cards.

The Art of Pin-Up decks

What the Butler Saw