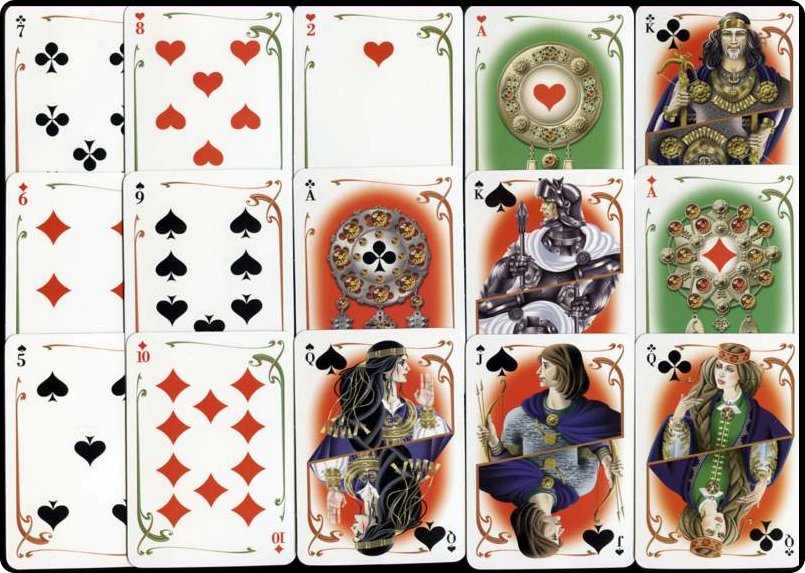 Designed by artist Larisa Kovalass-Kovalevska on the theme of Latvian folk epic “Lāčplēsis”. The designs are based on authentic, verifiable museum artefacts of clothing and decorations.

Right: packs contain 56 cards (52 + 2 jokers + 2 blank) and the first edition was limited to 500 packs. The cards are manufactured in the so-called ‘American Poker’ size. Anglo-American corner indices are used.

The cards appeared in June 2003, just before the 23rd Latvian Folk Song Festival.