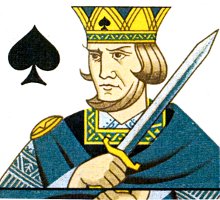 This pack was the 5th National Latvian pack, and was first issued in 1939, under the name “Latvian Red Cross Cards No.7”. At that time a lot of people hoped that Latvia's recently lost independence would soon be regained, so on the first issues of this pack the Red Cross sign on the Ace of Hearts was supplemented with the Latvian coat of arms. 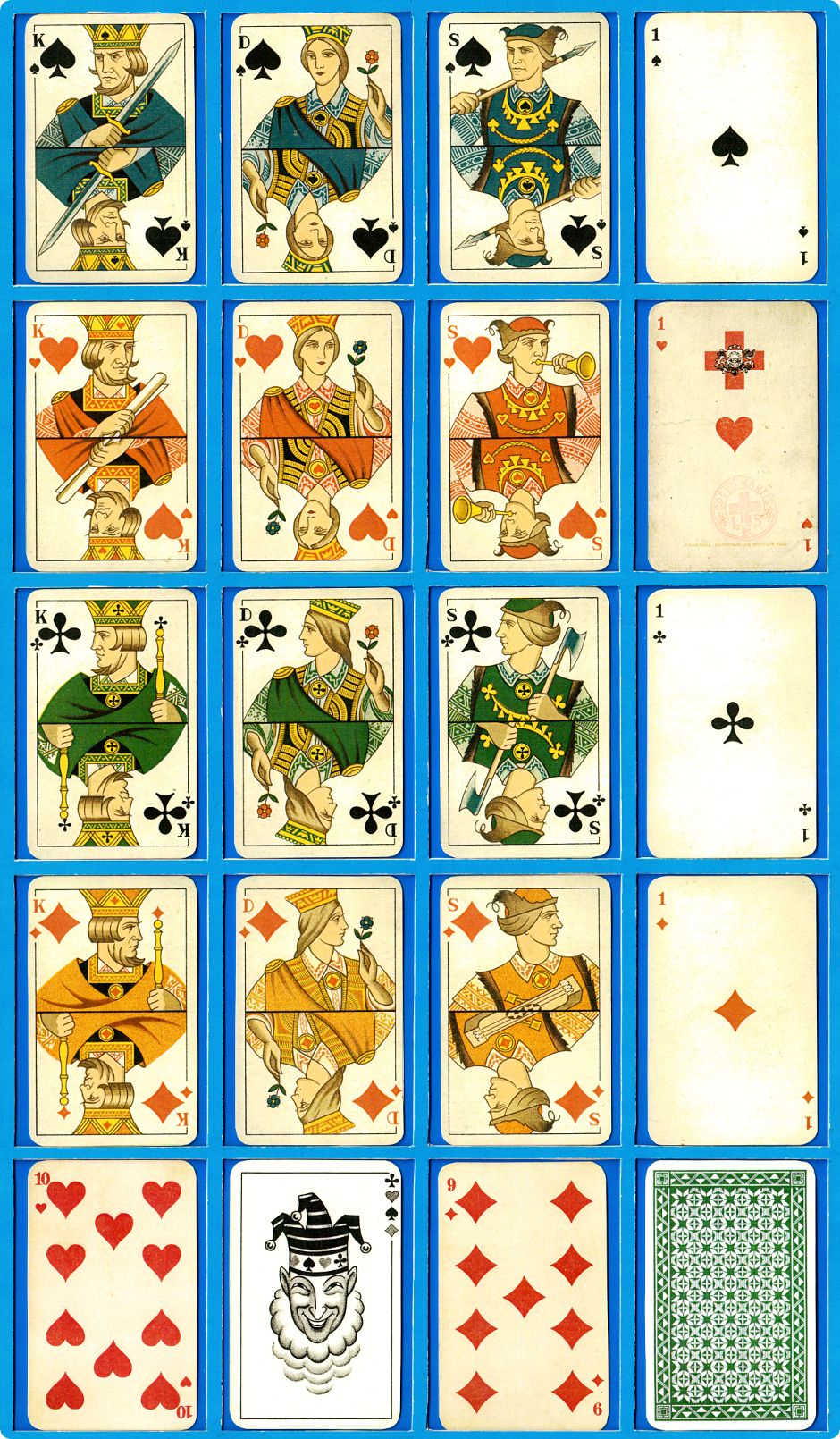 This particular edition was published by ‘P. Mantnieka Kartografijas Instituts, Riga’, as printed on the Ace of Hearts.

The pack was reprinted many times and during wartime as 53 or 33-card packs, but the cardboard was not always of a high quality, and the registration of the printed colours became inaccurate. Finally, the designs were chosen to be reused in an advertising pack for Zole Vodka in 2000 but which was never issued   see more →

Joop Muller has posted an updated review of this deck: see DXPO website ‘Deck of the Month’ June 2020► “In fact the fifth Latvian pack was drawn by Alfreds Scwedrevitz and the first edition as the cheap cards series was in 1936” - Jānis Mētra.