A hand-made pack of Savoy Operas cards, designed and created by Rex Pitts

Originally it was just for my own amusement but it proved so popular that I had to think again. I have made 4 numbered copies and plan to produce perhaps 10 in all. They are all printed on 200gsm watercolour card from my own drawings and hand coloured in transparent inks which is very time consuming, and cut with rounded corners. The backs are plain white. I am offering them for sale at £65 per pack. 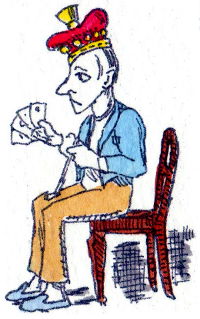 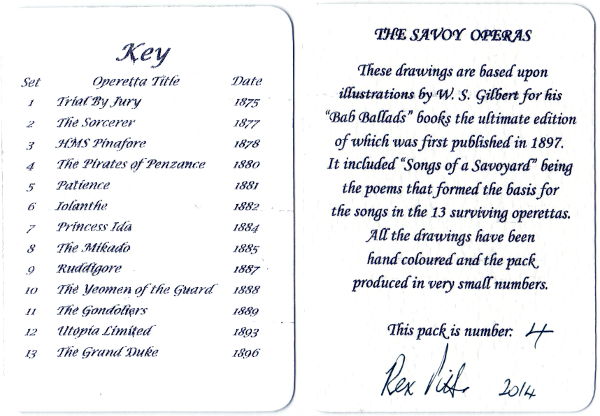 Savoy opera was a style of comic opera that developed in Victorian England in the late 19th century, with W. S. Gilbert and Arthur Sullivan as the original and most successful practitioners. The name is derived from the Savoy Theatre...  more →