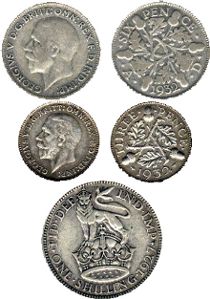 As traditional Chinese playing cards are derived from money, this children's card game has a long and noble ancestry. The ‘New and Exciting Game’ of Change for a Shilling was produced by Geo. Wright & Co., London c.1905 - 1926. The game was apparently devised in order to sharpen the mental faculties. Each card bears a value in old English money ranging from ½d to 8d and the game involves players calling when cards on the table add up to one shilling.   [Note: The abbreviation for the old penny, d, was derived from the Roman ‘denarius’, and the abbreviation for the shilling, s, from the Roman ‘solidus’. The shilling was also denoted by the slash symbol / , also called a solidus for this reason and used today in website addresses, and was originally an adaptation of the long s.]

The old English monetary system became obsolete in 1971 when decimal coinage was introduced. 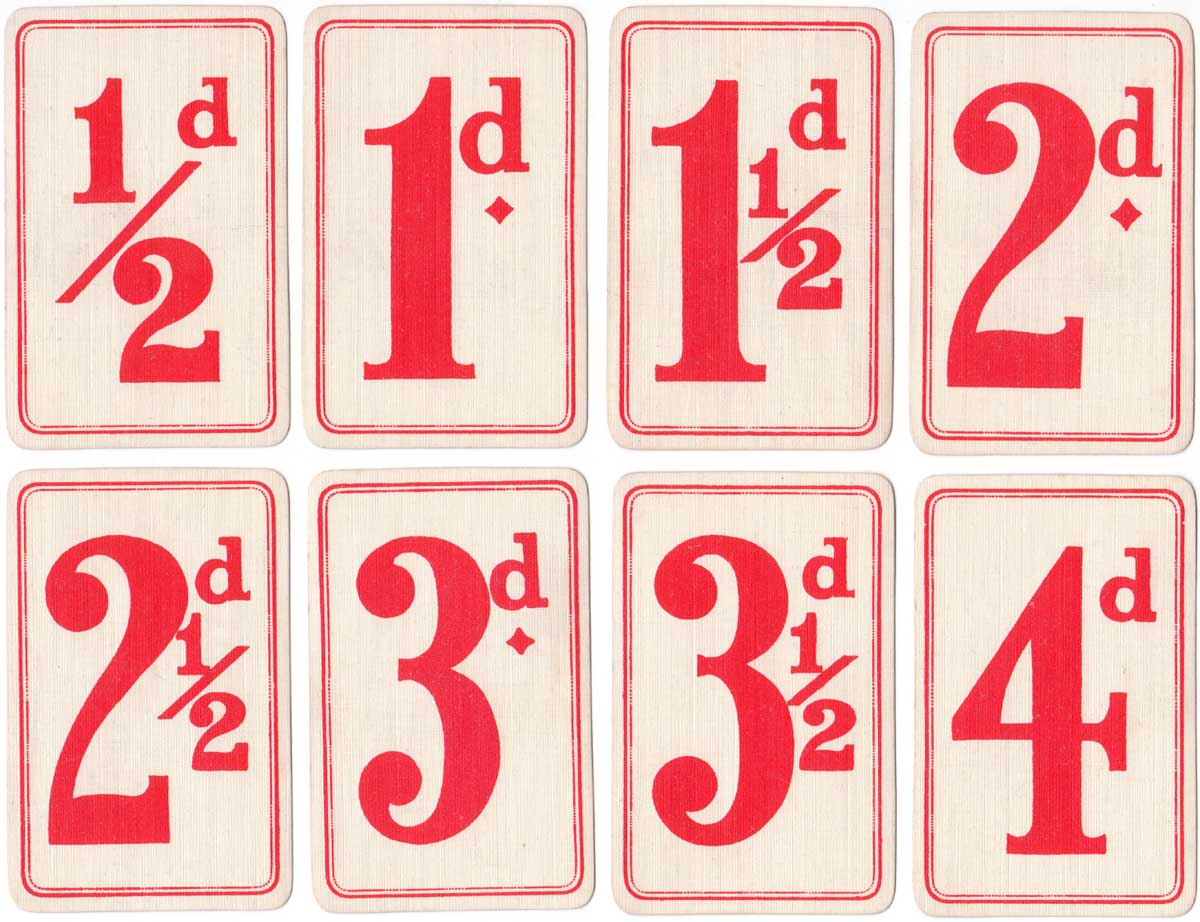 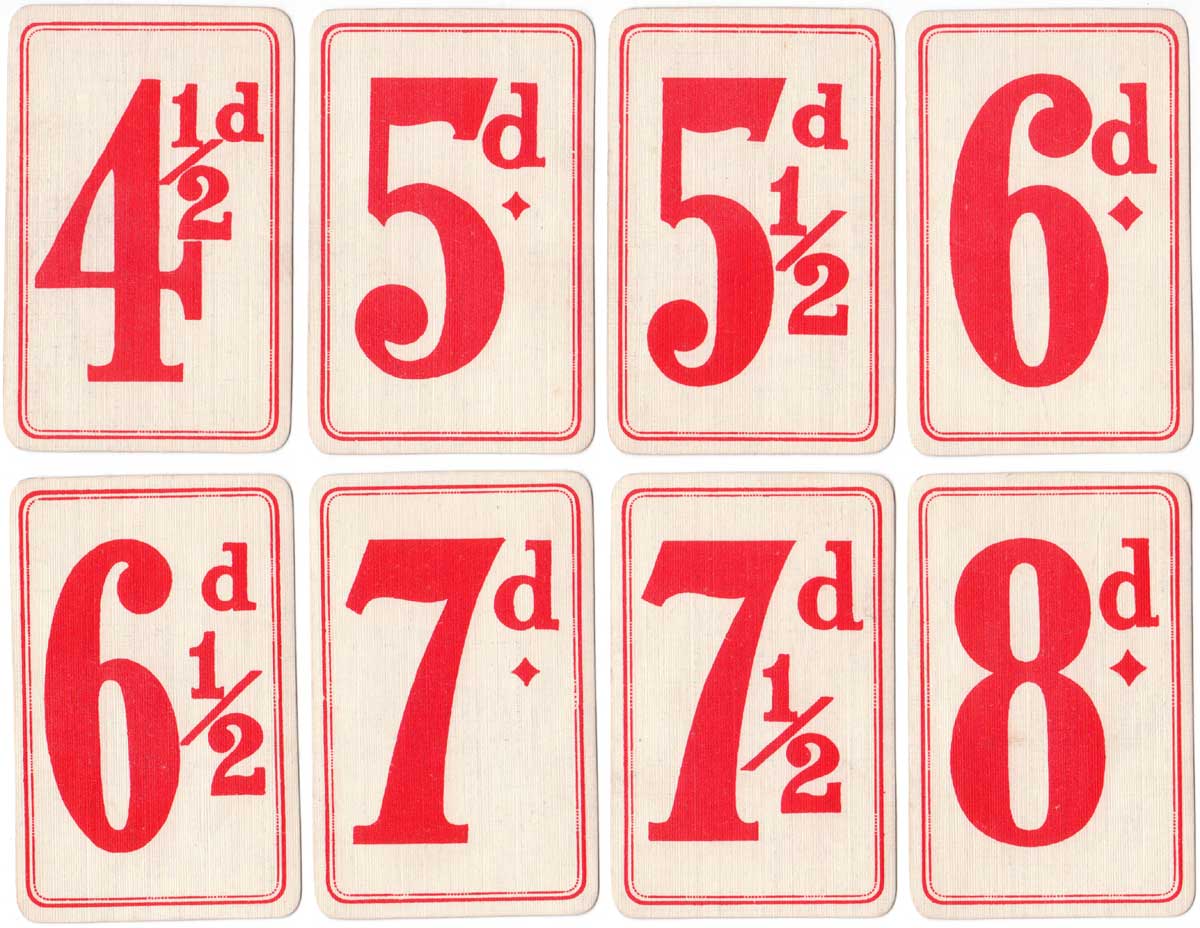 Above: Change for a Shilling card game by Geo. Wright & Co., London, c.1910-1926. Several editions are known, some of which carry the date 1926 on the coin illustrated on the box and rules card, others are undated. The back design is a blue/white geometric pattern with a drawing of a shilling coin in the centre which also appears on the box.  (Click the box to zoom)