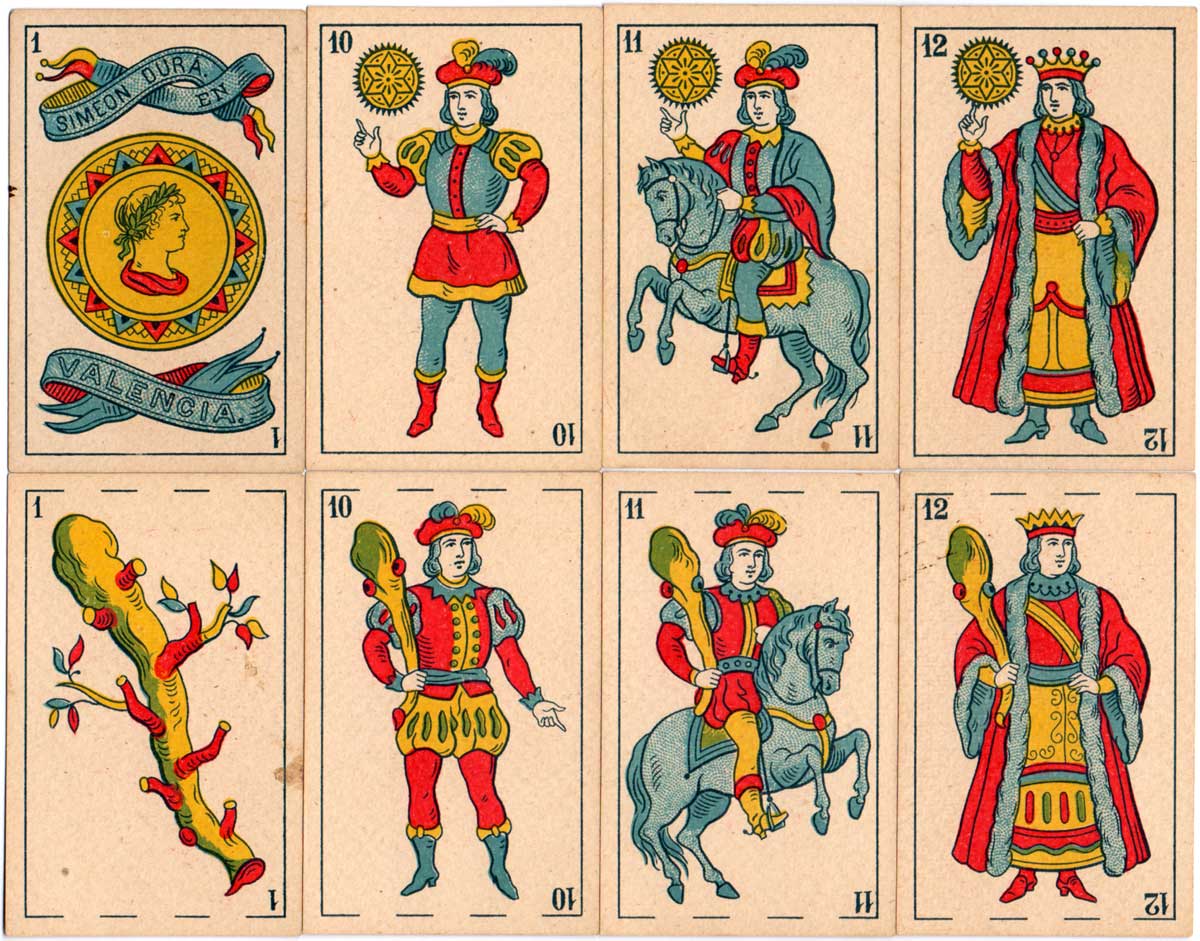 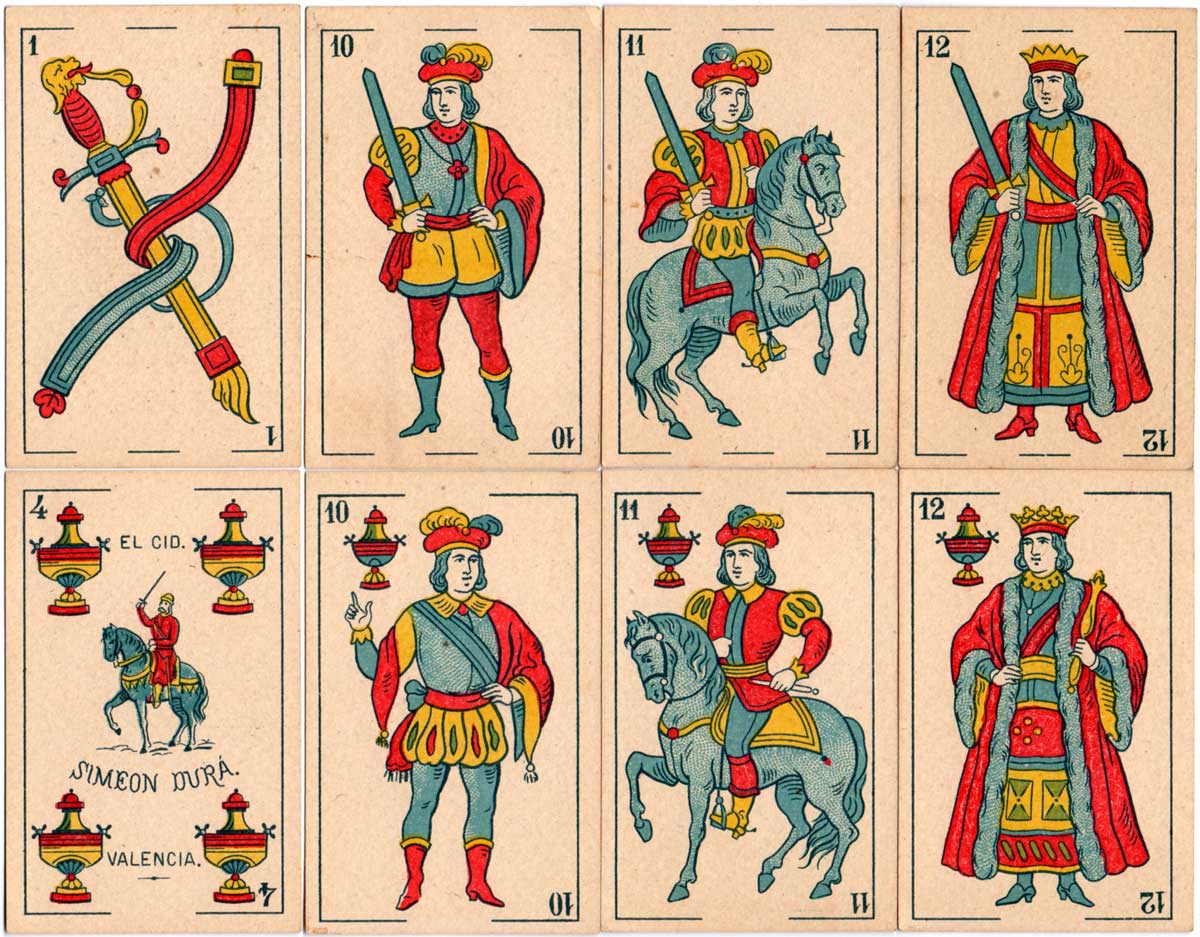 Above: ‘El Cid’ Catalan pattern manufactured by Simeon Durá, Valencia, Spain, c.1880. Guillem de Castro address on 4 of coins. The reverse has an orange ‘weave’ pattern. Later editions of the ‘El Cid’ brand (shown below) adopted the Castilian pattern which had recently been introduced by Heracio Fournier.

Above: three more different editions of Simeon Durá's standard ‘El Cid’ Spanish suited playing cards. These packs were produced in a wide choice of editions, with different numbers of cards and from luxury to basic quality. The example in the bottom row is a special version for the game of Bézique. The designs are based on an earlier 'fantasy' edition designed by E. Pastor in c.1875.