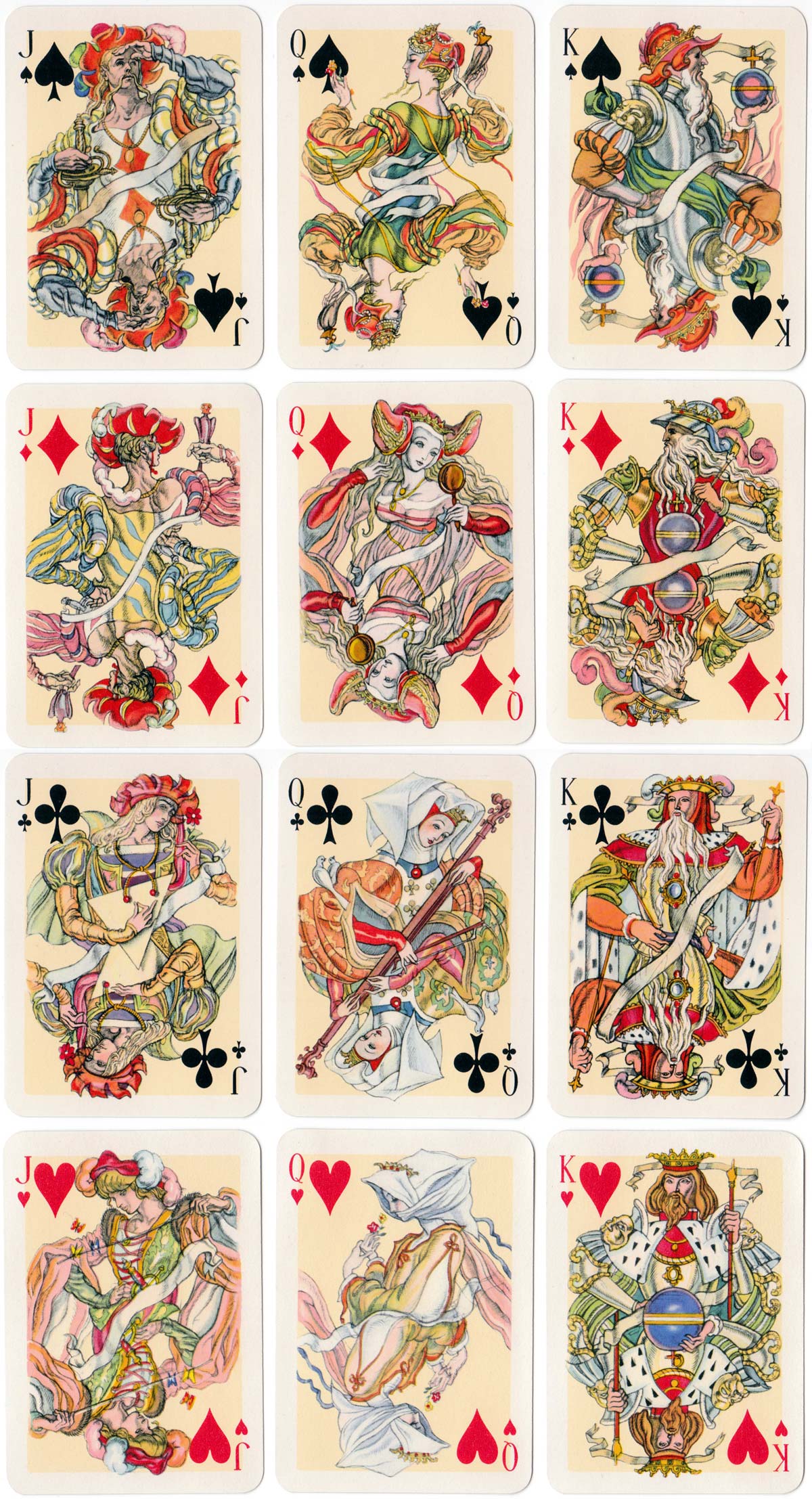 Above: “Romance Español” designed by Carlos Sáenz de Tejada and published by Heraclio Fournier in various editions since 1951. This is the 1959 edition with the green 5 Ptas tax stamp from that period on the four of clubs. 52 cards + 2 jokers + contract bridge score card + leaflet in box.

Right: four cards from the last edition (1969) with suit symbols removed from the court cards and a new back design by Tapicerías Gancedo. 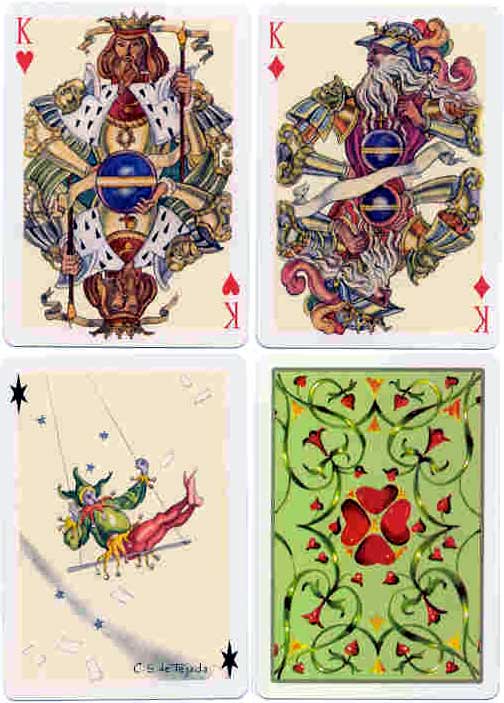