Puss in Boots is a European fairy tale about an anthropomorphic cat who wins the hand of a princess in marriage for his penniless master. The cards are wonderfully illustrated by an unknown artist and the story is printed in Spanish beneath each picture. See the Rules► 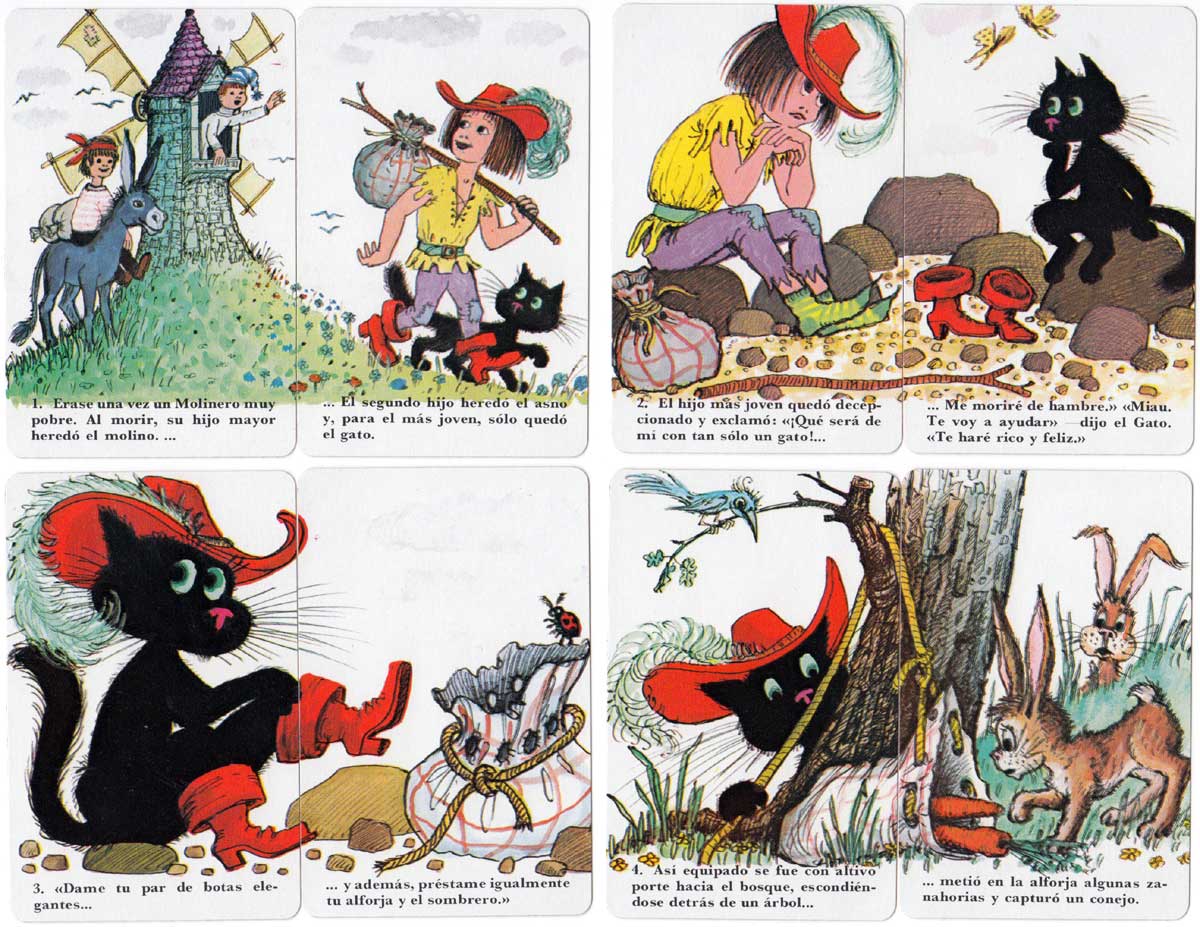 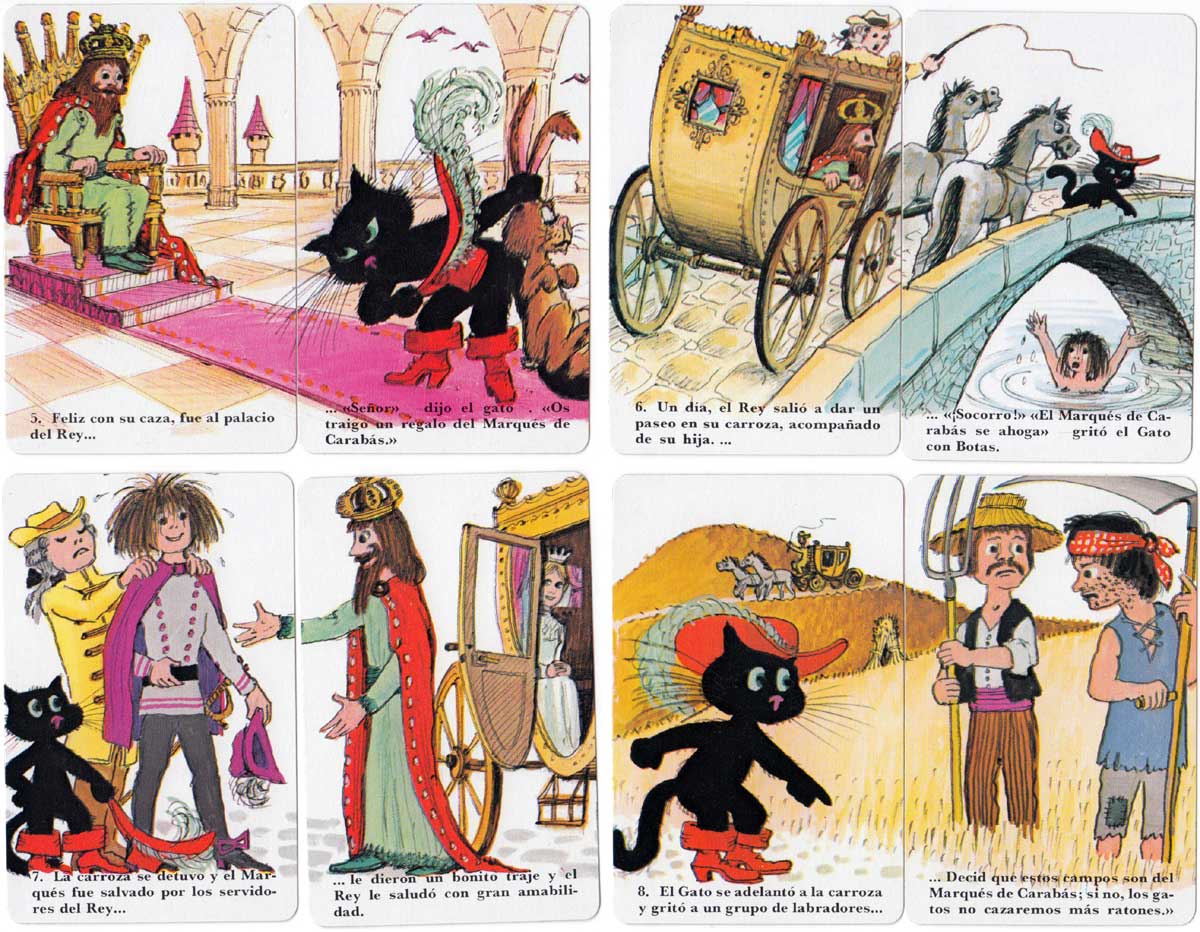 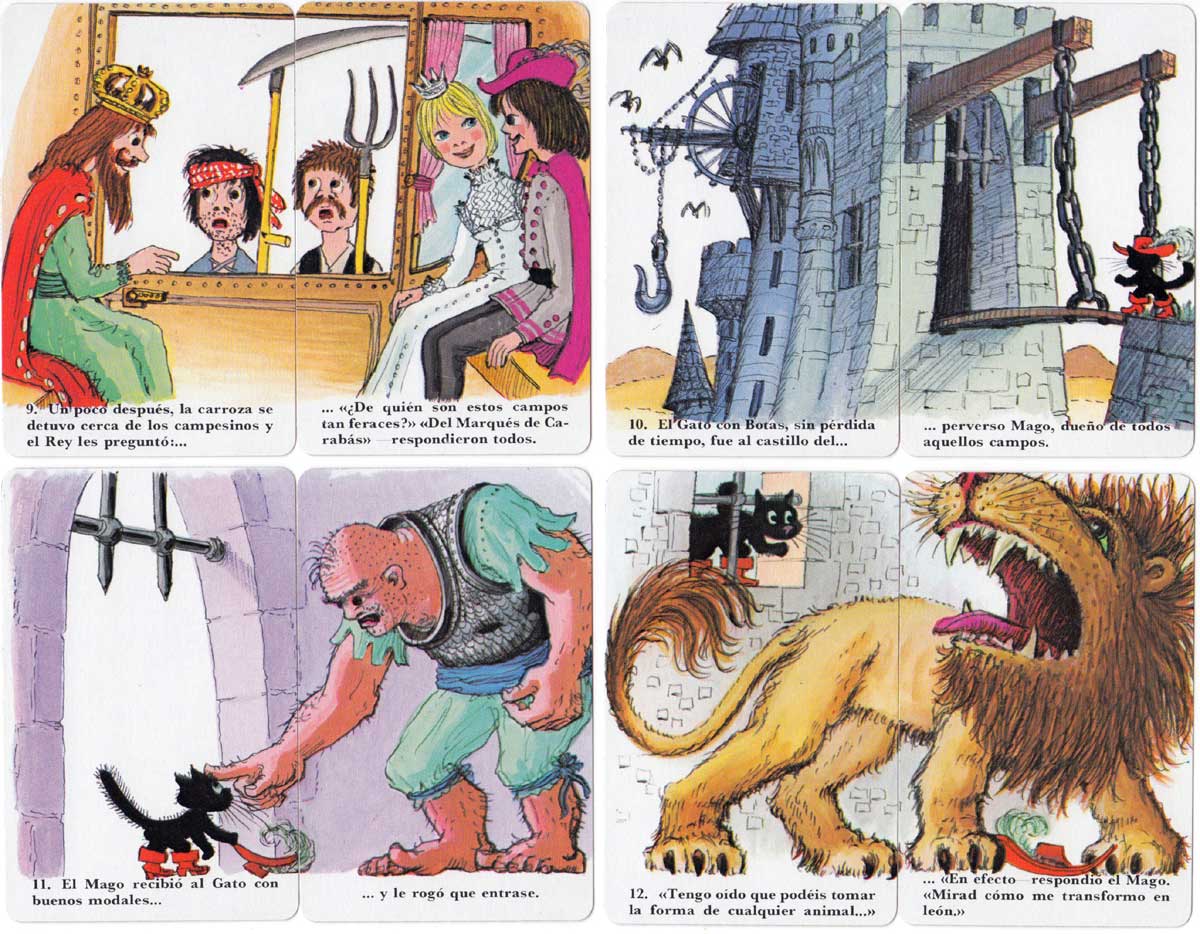 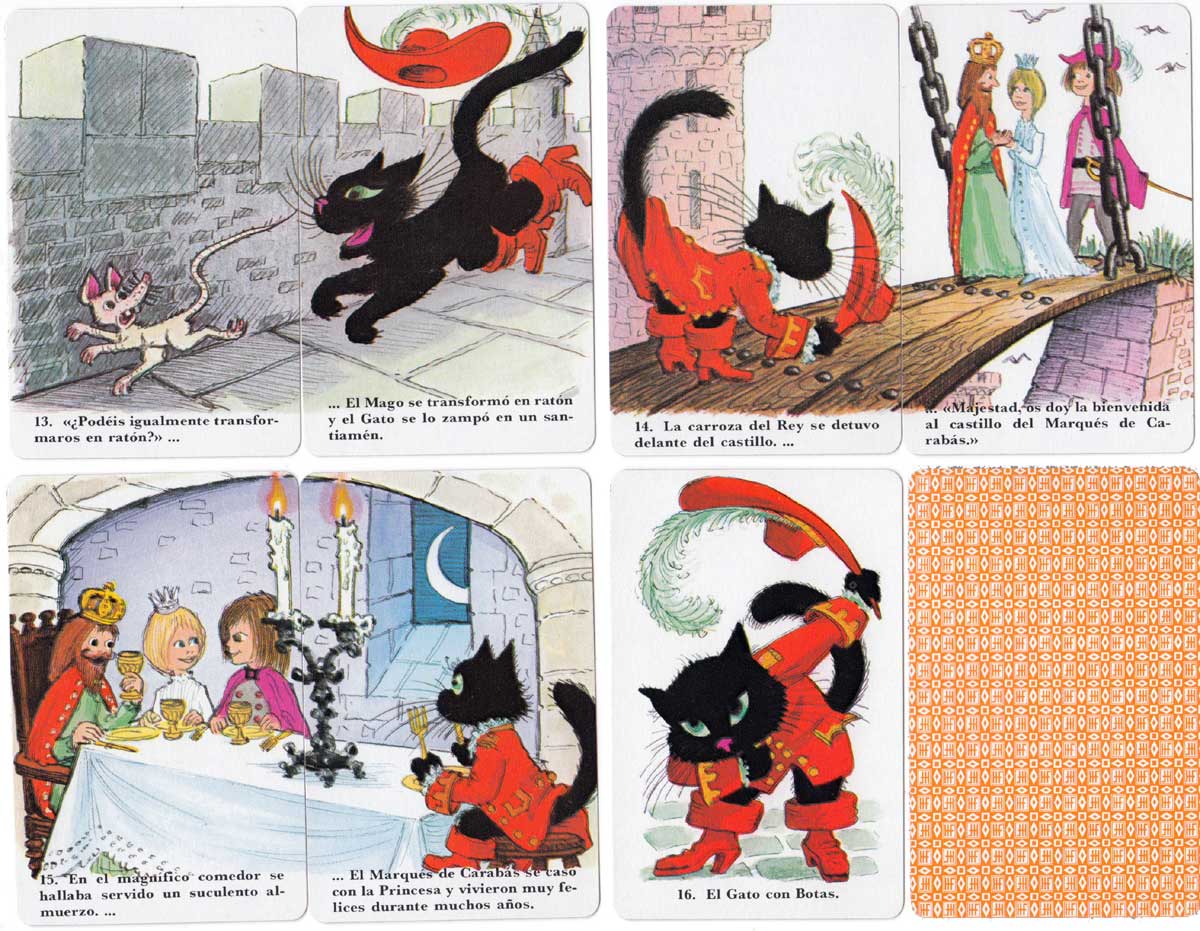 A French edition of the same game in the Jeu d'Association series. The same illustrations appear throughout, with the addition of a new back design, but the story is printed in French. See the Box► 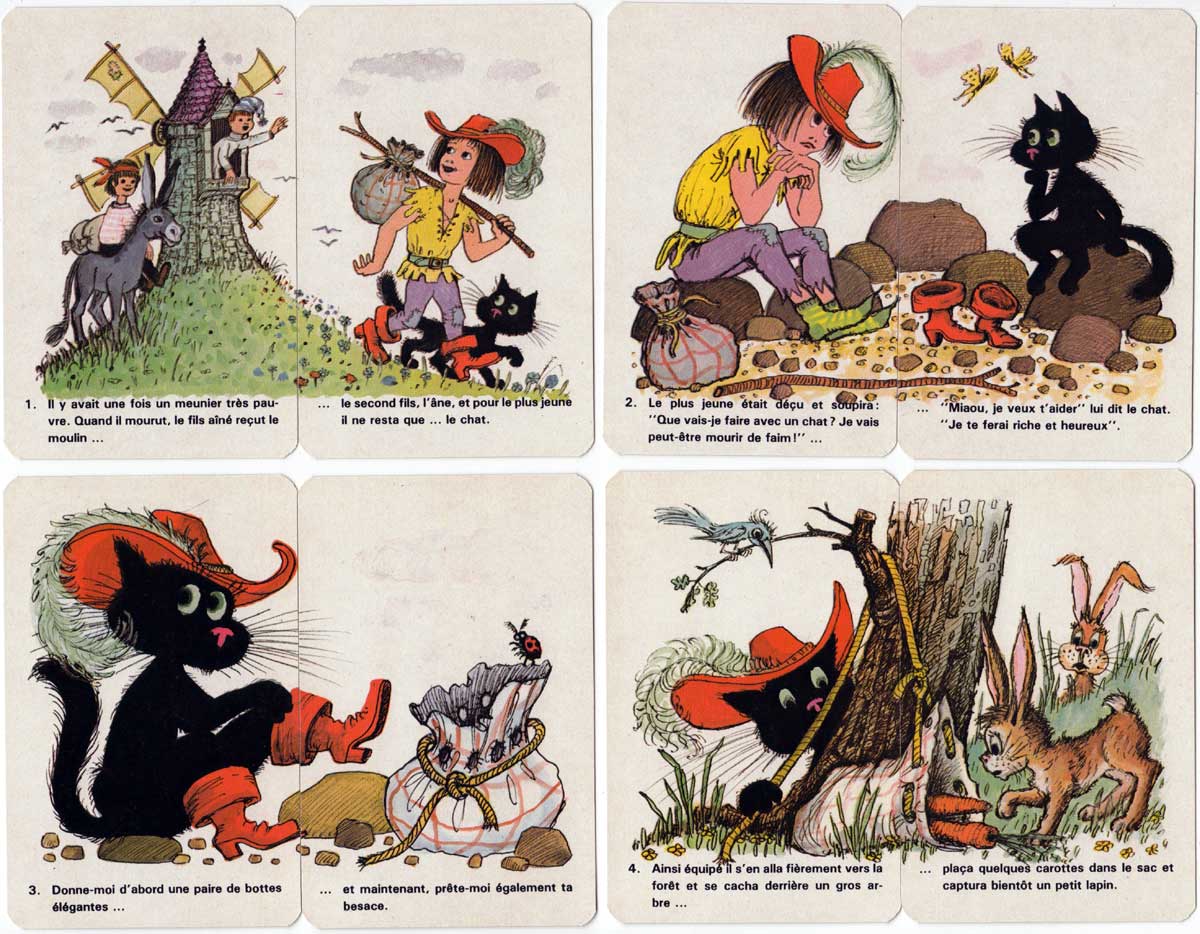 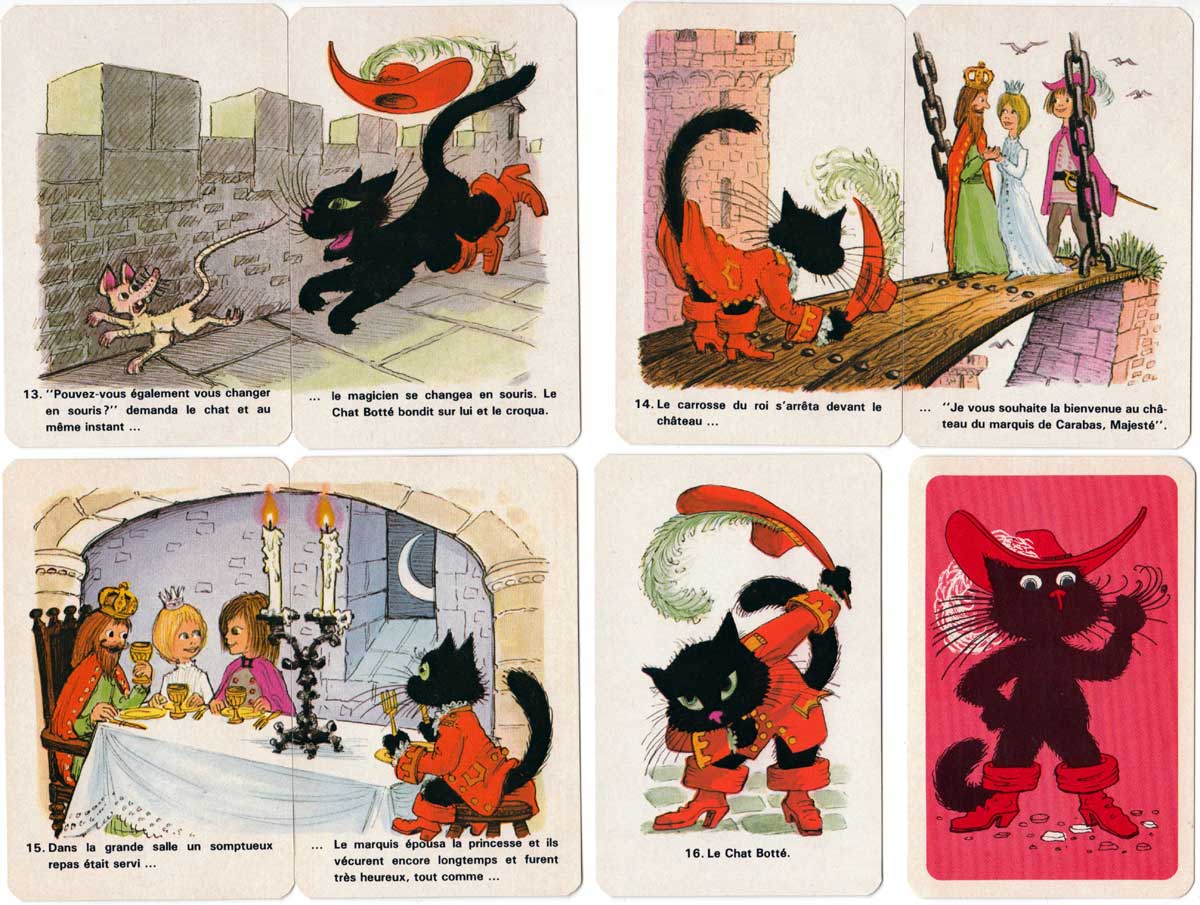 Above: some cards from the Le Chat Botté.