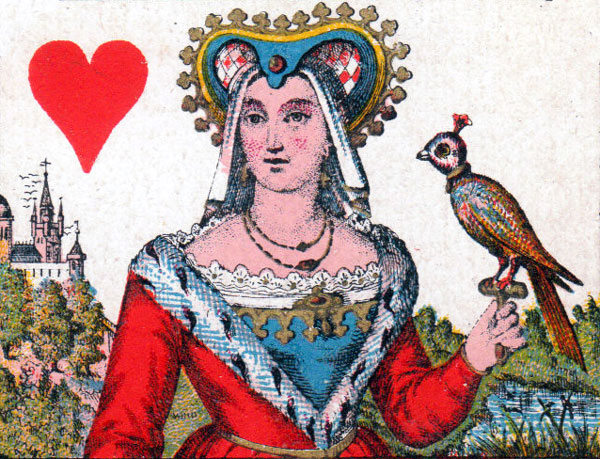 Daveluy produced these lovely double-ended fantasy “Historical Costume” playing cards based on the popular theme of the Middle Ages in several editions, with slightly different design details, starting from around 1850. Earlier versions had no corner pips on the Aces and the Kings had no crowns on their suit signs. Some of these designs, or their style, suggesting a romantic preoccupation with the past, influenced some of the Turnhout manufacturers who subsequently published similar designs with different titles or as standard patterns. As with many of Daveluy's designs, the cards show figures against a landscape background which the later copies omitted.

Above: ‘Cartes Moyen-Age’ by Daveluy, Bruges, c.1875. The Aces have small corner pips and the Kings have small crowns above the suit sign in this edition and the gold borders have rounded inner corners. Images courtesy Rex Pitts. 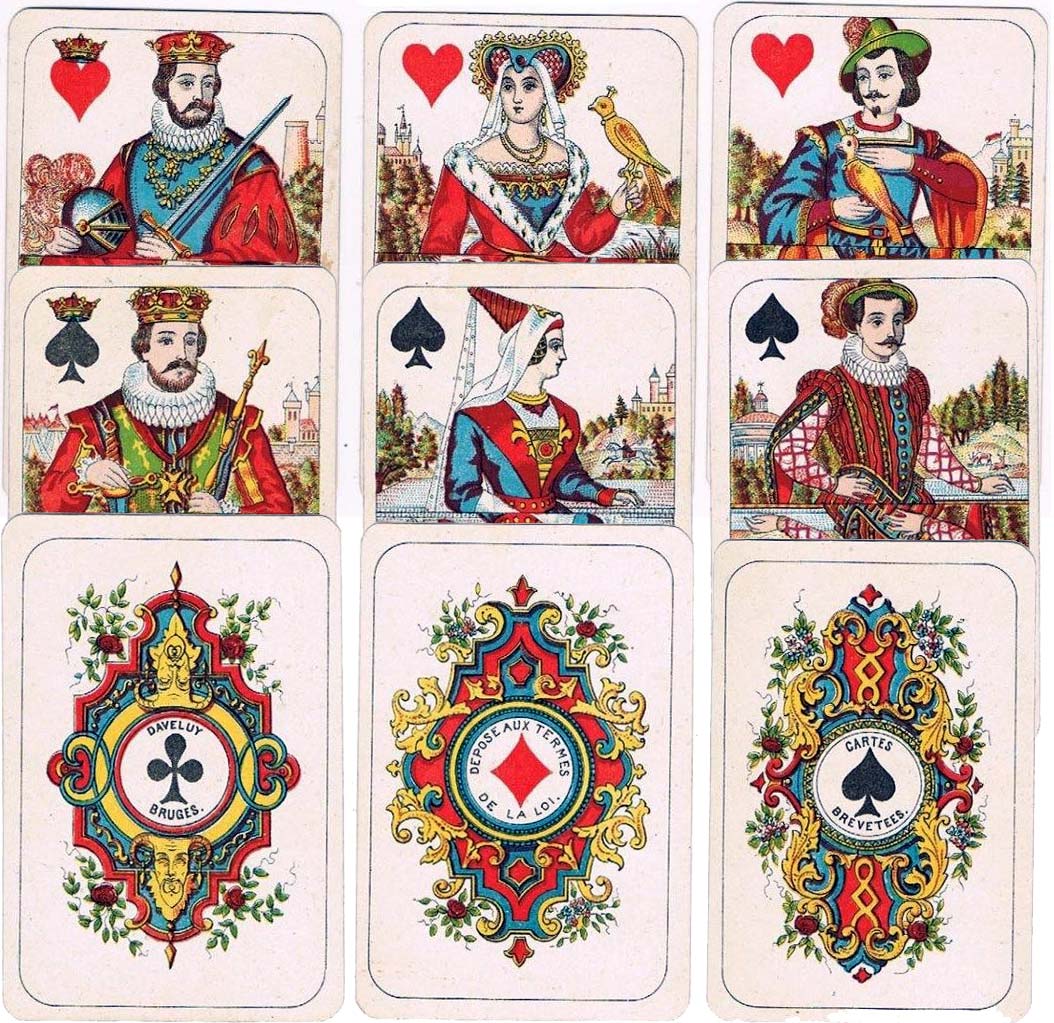 Above: cards from a similar set but without gold borders.