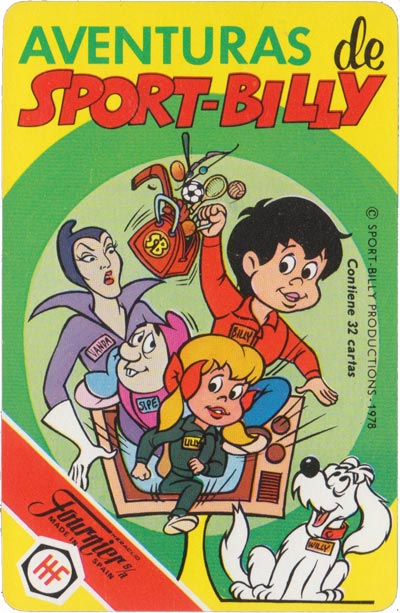 The Adventures of Sport-Billy card game by H. Fournier, 1981.

Sport-Billy is an animated comic hero character made by Filmation Associates, a US production company. He comes from planet Olympus and is the most famous sportsman in the universe. His mission is to combat violence, promoting teamwork and sportsmanship. His superpowers make him invincible. Lilly is his companion and Willy is her dog. The card deck contains 32 cards divided into four coloured suits of 8 cards each, and each suit illustrates an adventure with the text in Spanish. See the Rules► 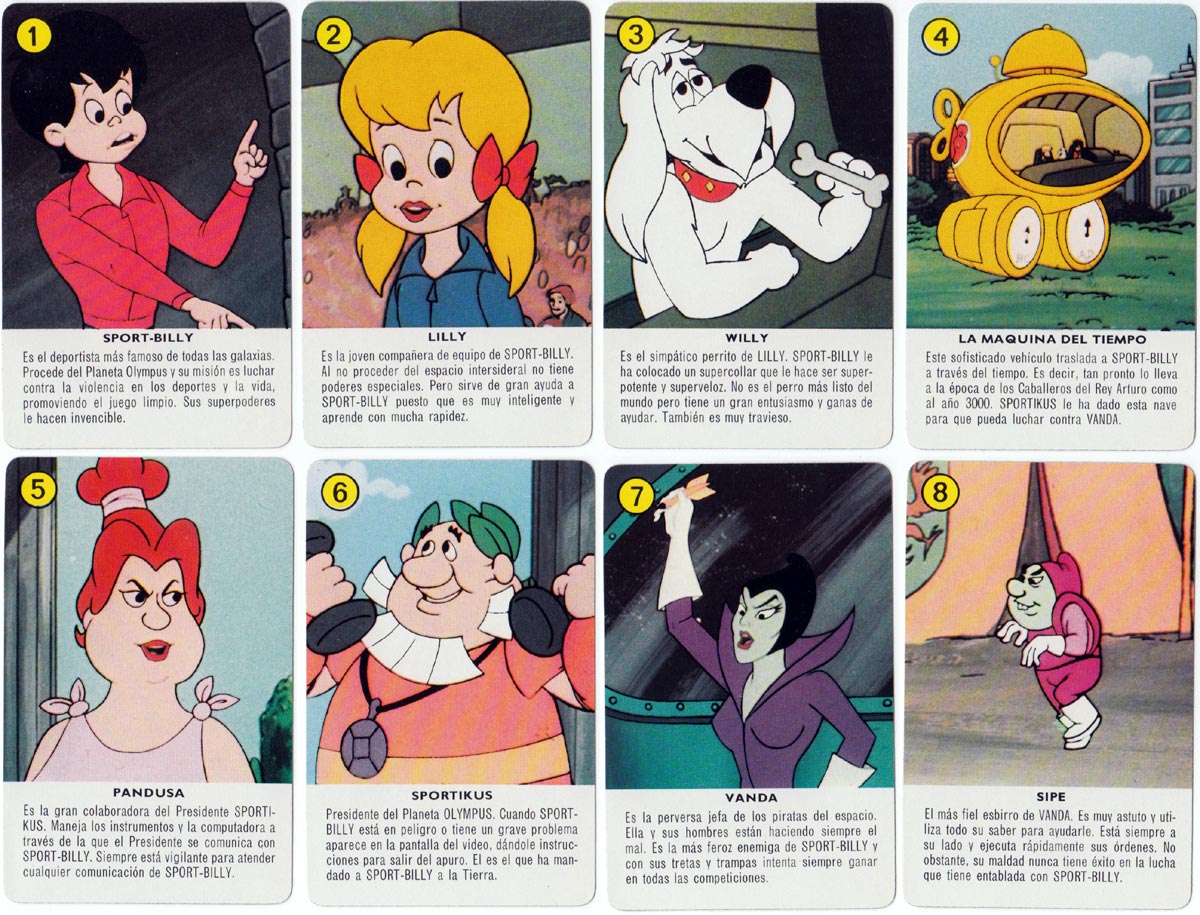 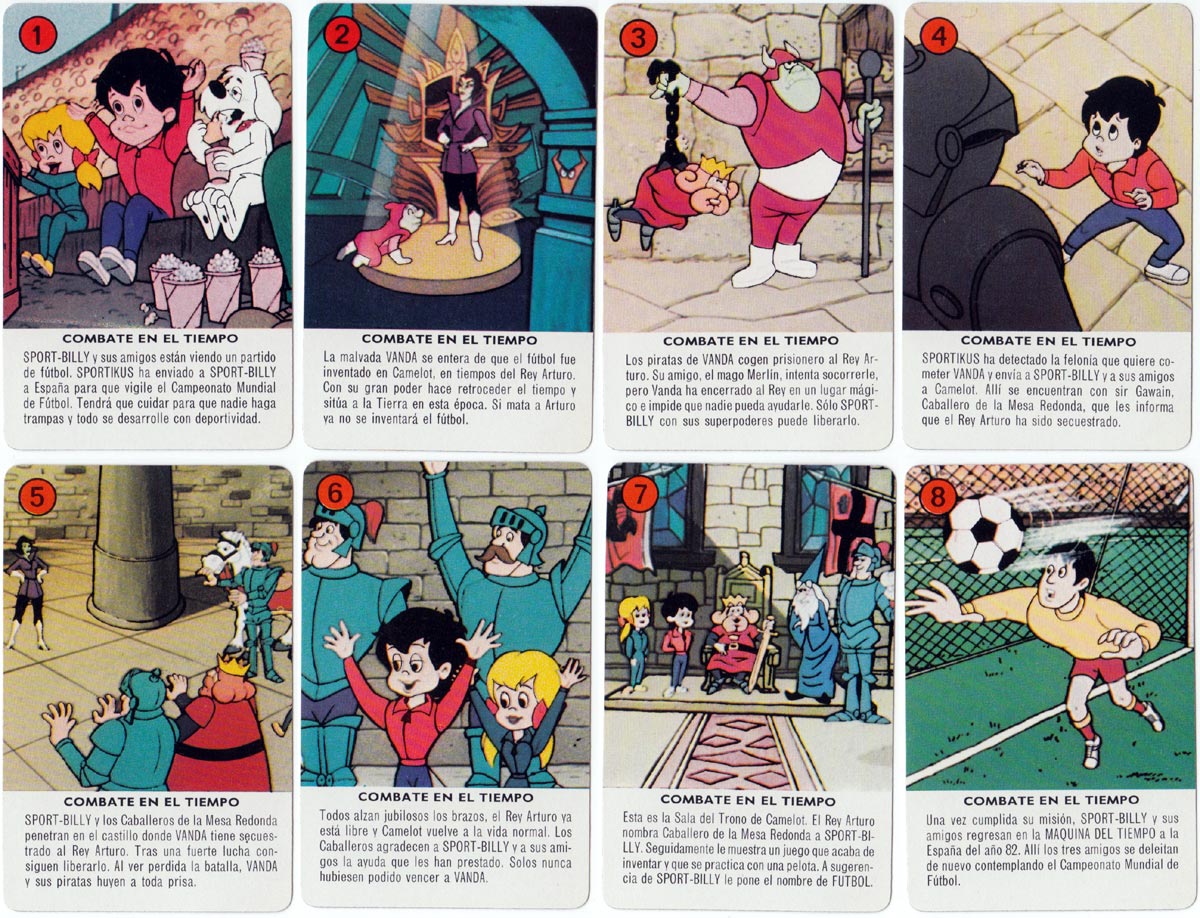 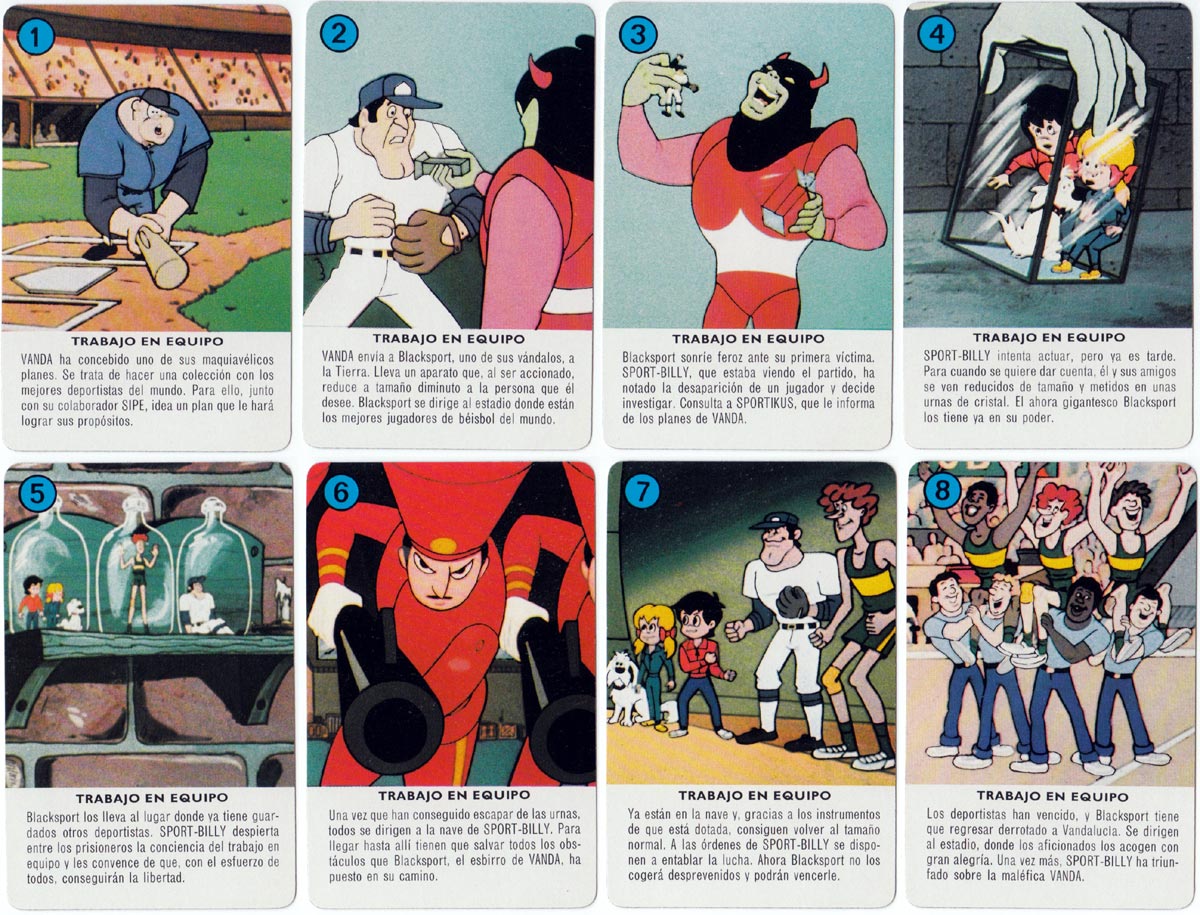 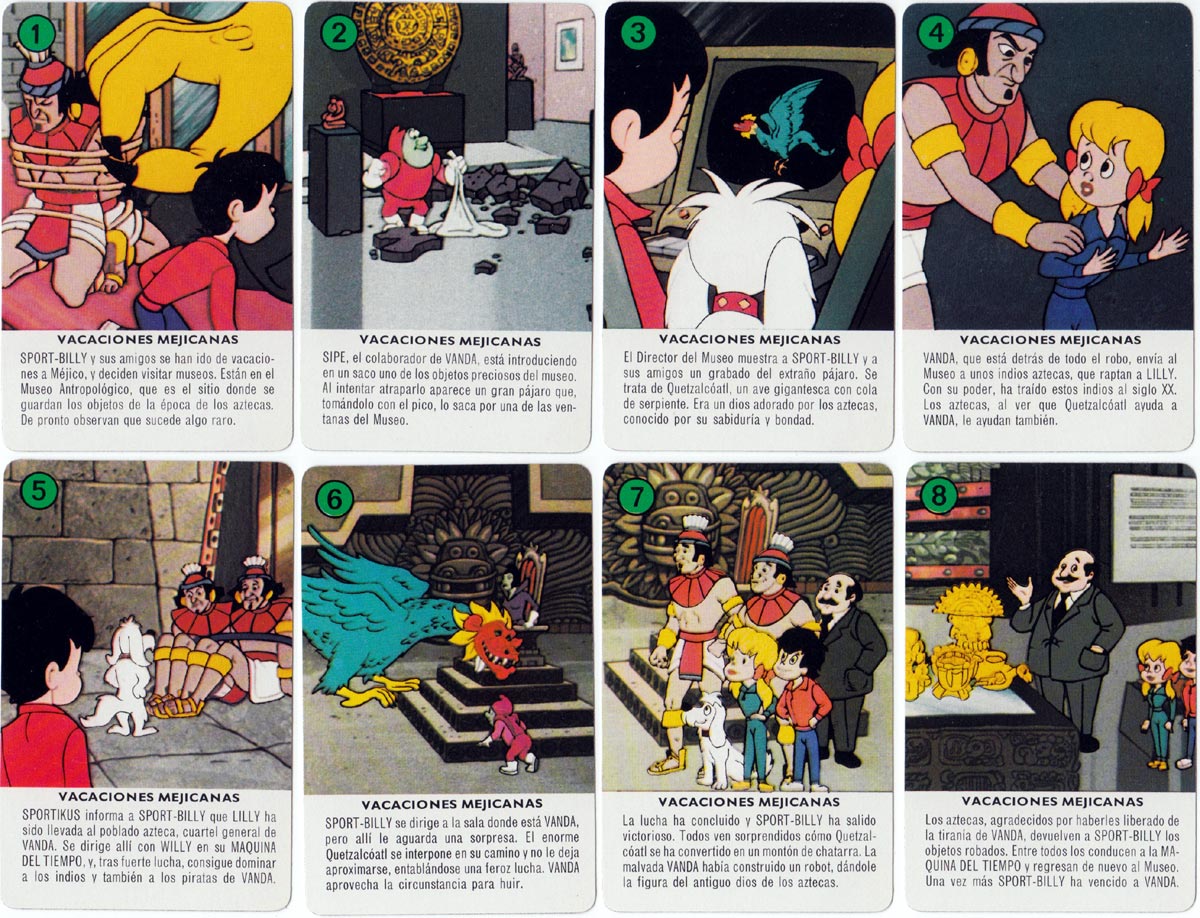 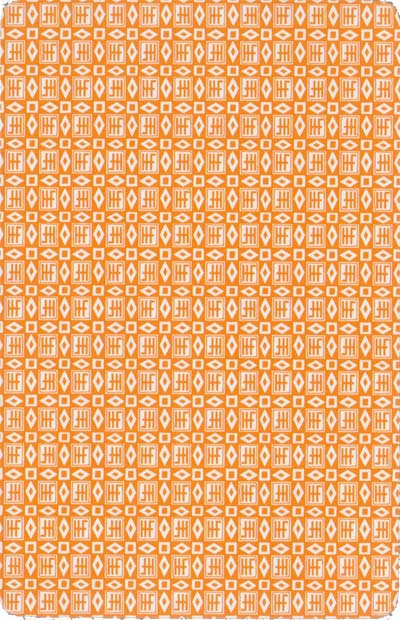