Moviestars from the golden age of cinema designed by Joakim Thedin with a retro look and printed by Offason AB of Sweden, 2000s. Each card shows an original studio portrait of a named movie star, some including an autograph, plus 3 Marx brothers jokers. See the Box► 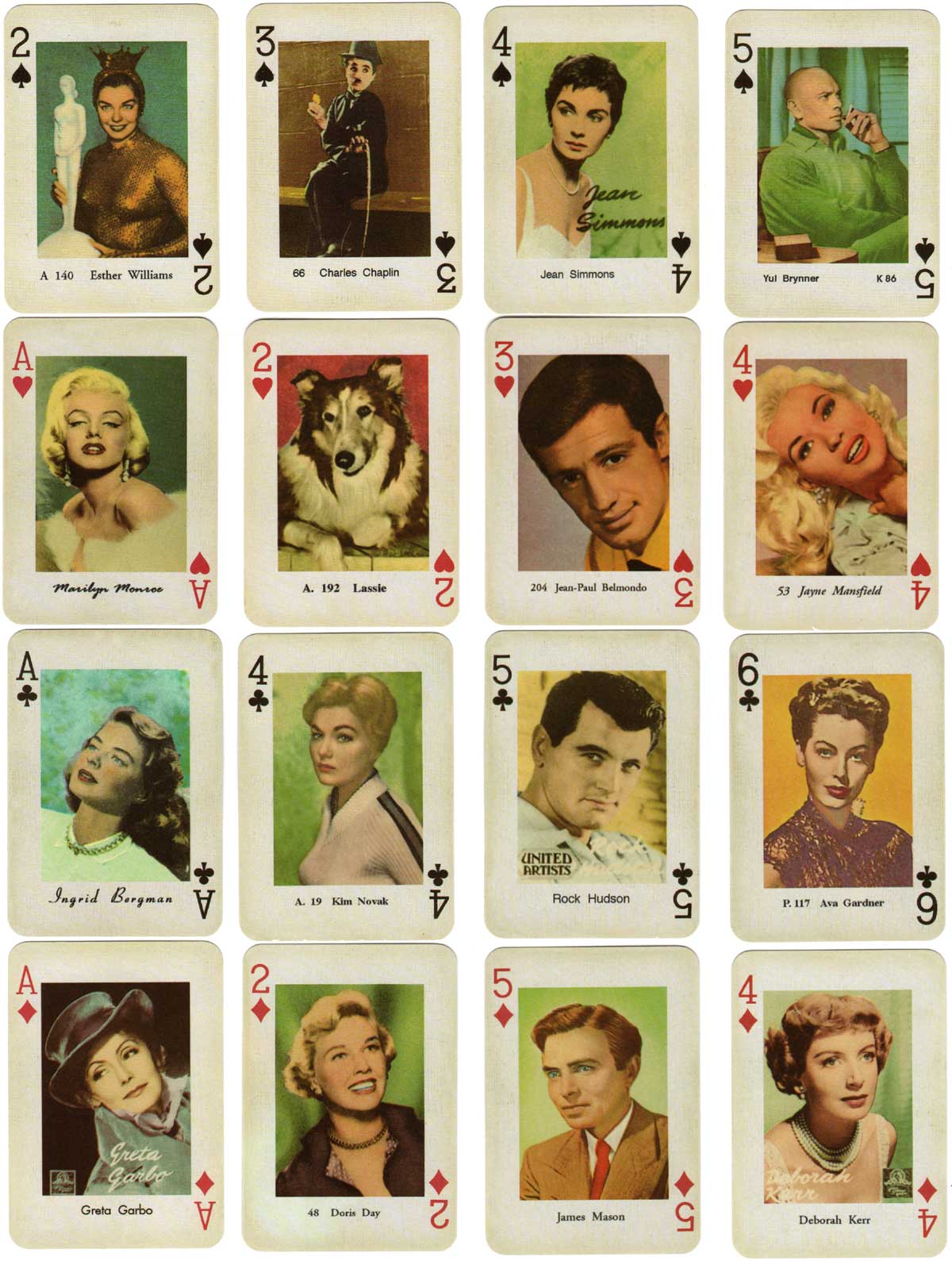