Described as “a source of innocent merriment”, Faulkner's “Happy Families” designed in the 1930s by Albert Ernest Kennedy (1883–1963) shows family entertainment from a different era. The pack is made of 12 families (father, mother, son and daughter) illustrated in full colour with the tools and dress of their trades, which in those days would have been seen in the High Street shops. Family likeness can be seen between the members of each family, and each family’s surname commences with the same letter as their trade and makes a pun on the name. This makes a total of 48 cards.

Albert Ernest Kennedy (1883–1963) was an Illustrator of children’s books mostly about animals. His clever and expressive illustrations, slightly cute, are still collected today. He was the elder brother of noted flower painter Cecil Kennedy and was one of the few illustrators of whom Alison Uttley approved both for his work and his personality. Among many other books he illustrated most of the Alison Uttley “Sam Pig” and “Tim Rabbit stories”.  (From “The Dictionary of 20th Century British Book Illustrators”).

Faulkner Happy Families has different box title cards on various packs. I suspect that they overprinted complete packs to get the box title cards and then logically there will be 48 different box covers out there somewhere. How about a collecting challenge here. Collect the 48 different boxes and try to play a game to end all games using the packs as individual cards? I don’t think it would be very easy to hold a fan of cards (boxes) in one hand. Fun to try though! 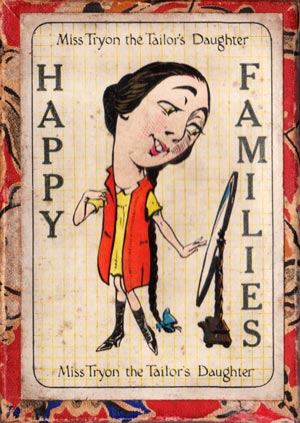 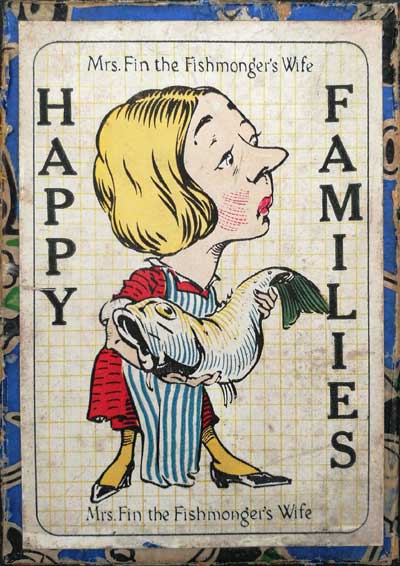 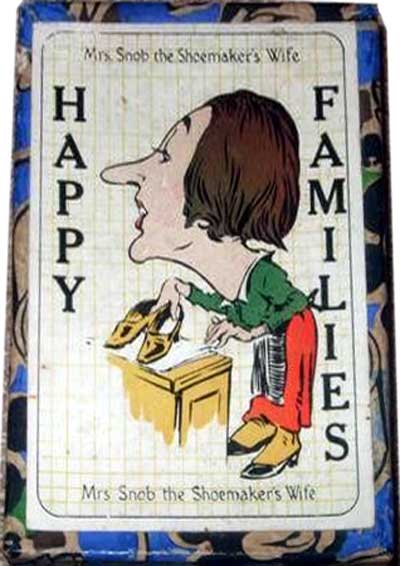