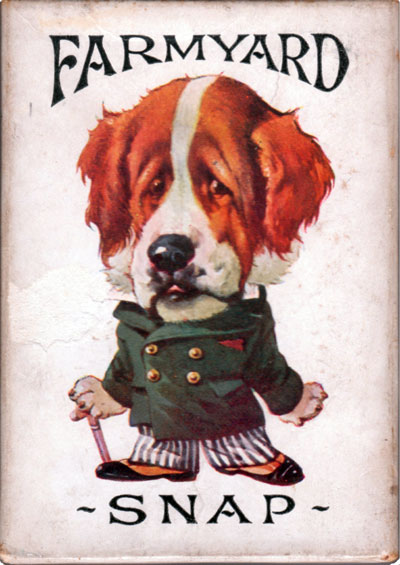 “Farmyard Snap” was designed by A. E. Kennedy and published by C. W. Faulkner & Co., c.1930s. The illustrations are cleverly done with wonderful expressions on each animal. Albert Ernest Kennedy (1883–1963) was an Illustrator of children’s books mostly about animals. He was the elder brother of noted flower painter Cecil Kennedy. He was one of the few illustrators of whom Alison Uttley approved both for his work and his personality. Among many other books he illustrated most of the Alison Uttley “Sam Pig” and “Tim Rabbit stories”.  (From “The Dictionary of 20th Century British Book Illustrators”). 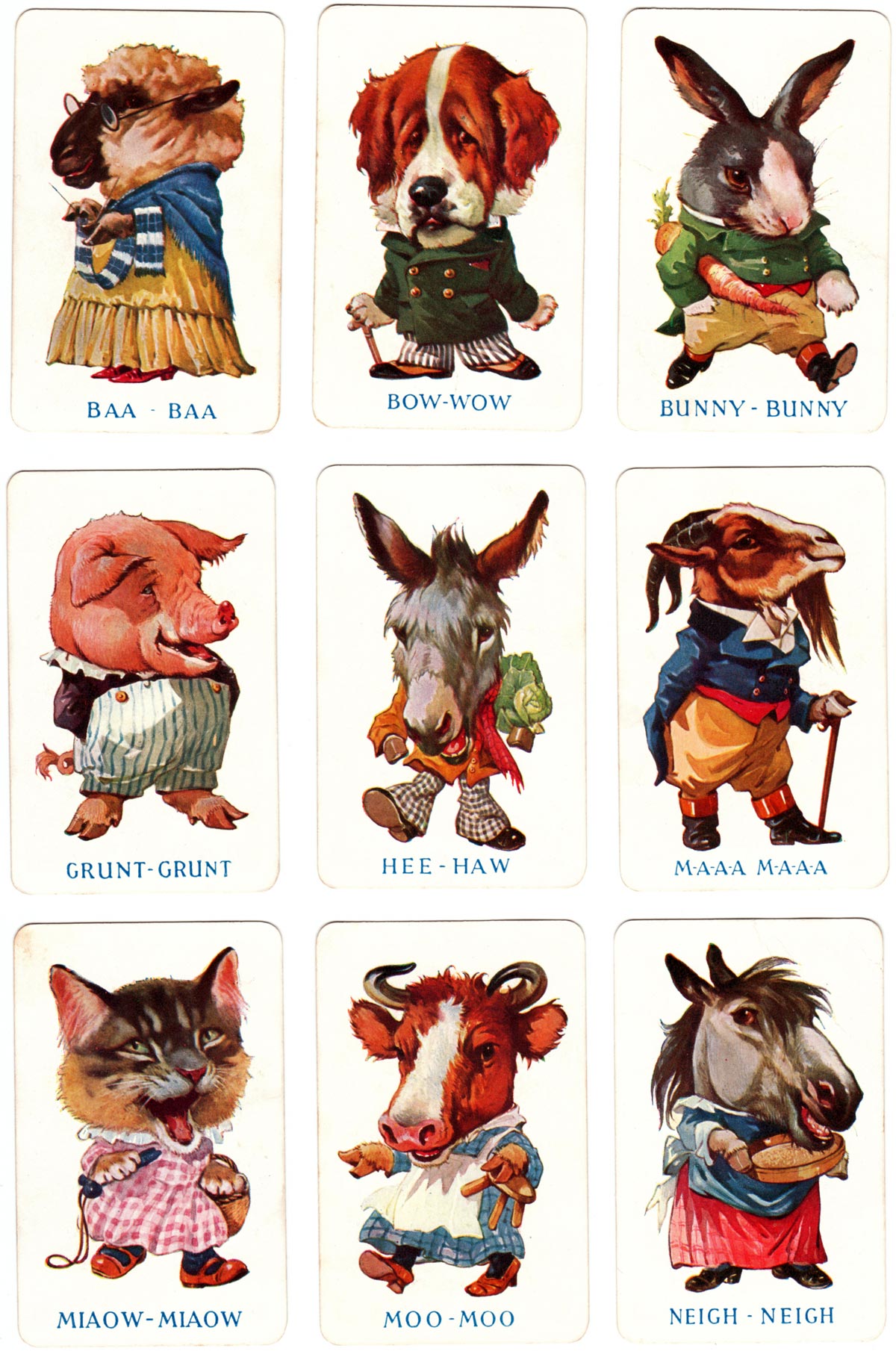 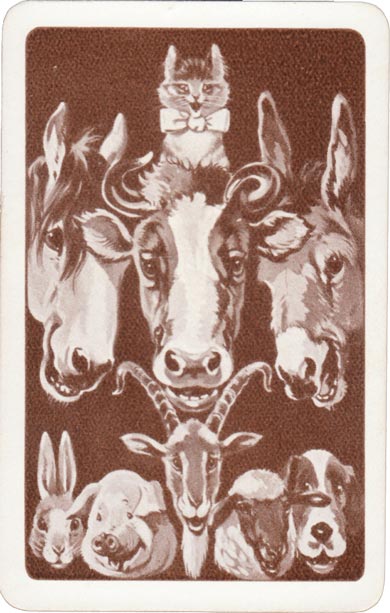