Union Jack card game featuring the national emblems, the standard and ensigns of the United Kingdom, published by C.W. Faulkner & Co., c.1897-1902. On the box lid (shown right) the initials V.R.I.E.R.I. stand for Victoria Regina Imperatrix Edward Rex Imperator. This was the period towards the end of Queen Victoria’s reign when Prince Edward was appointed by her to represent his mother in an official capacity. See the Rules► 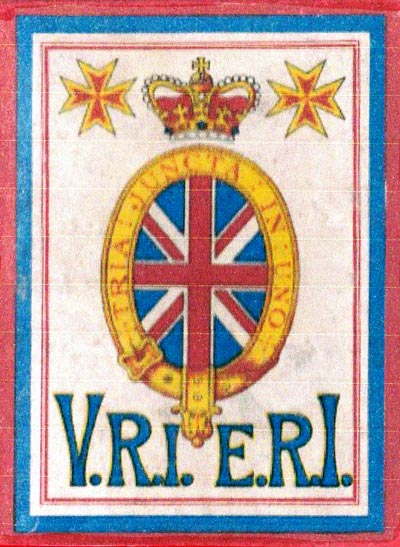 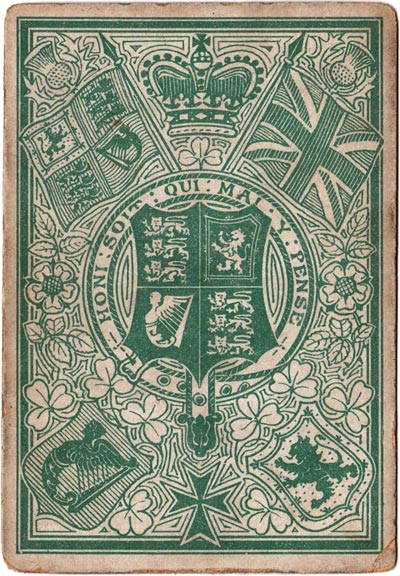 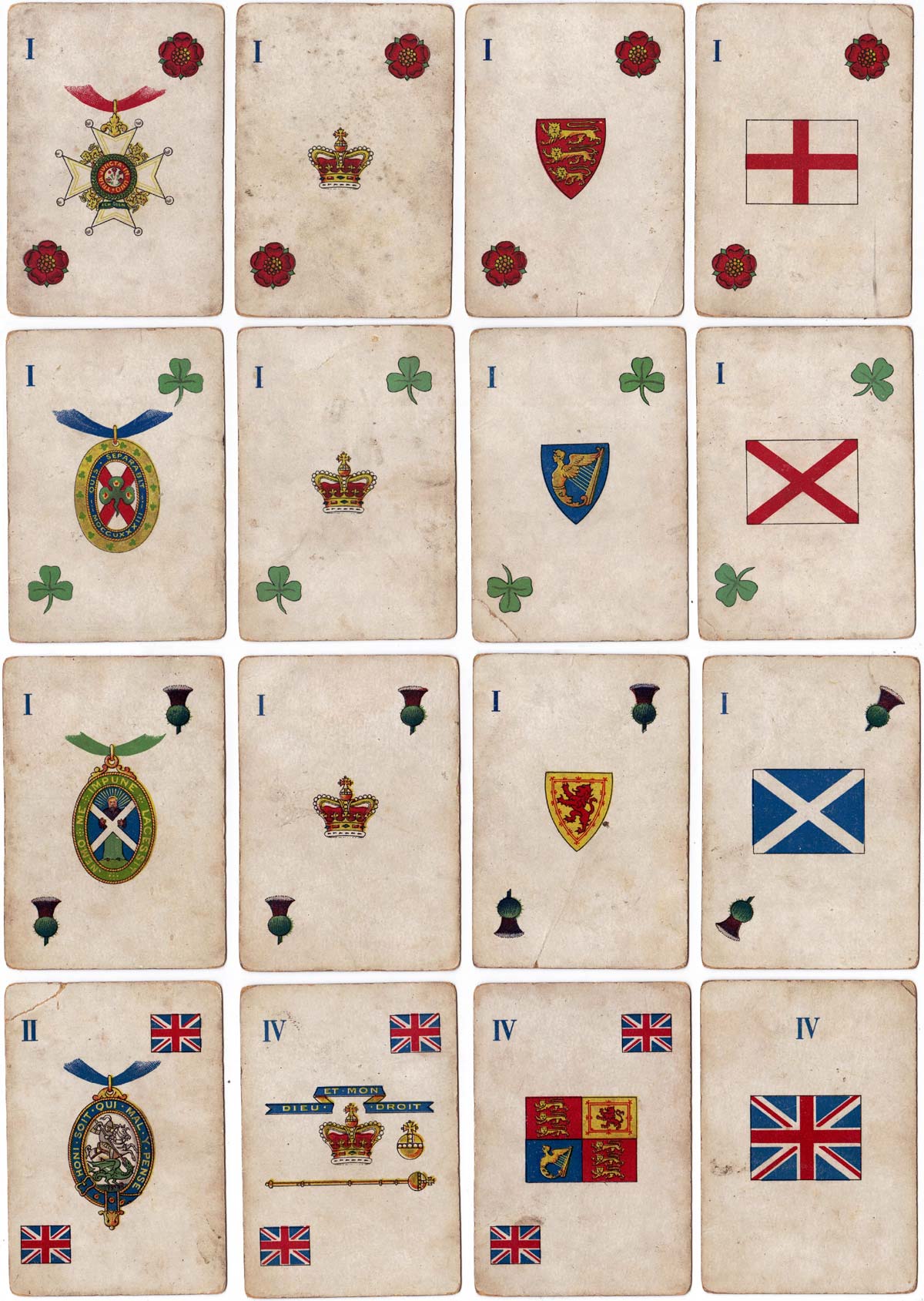 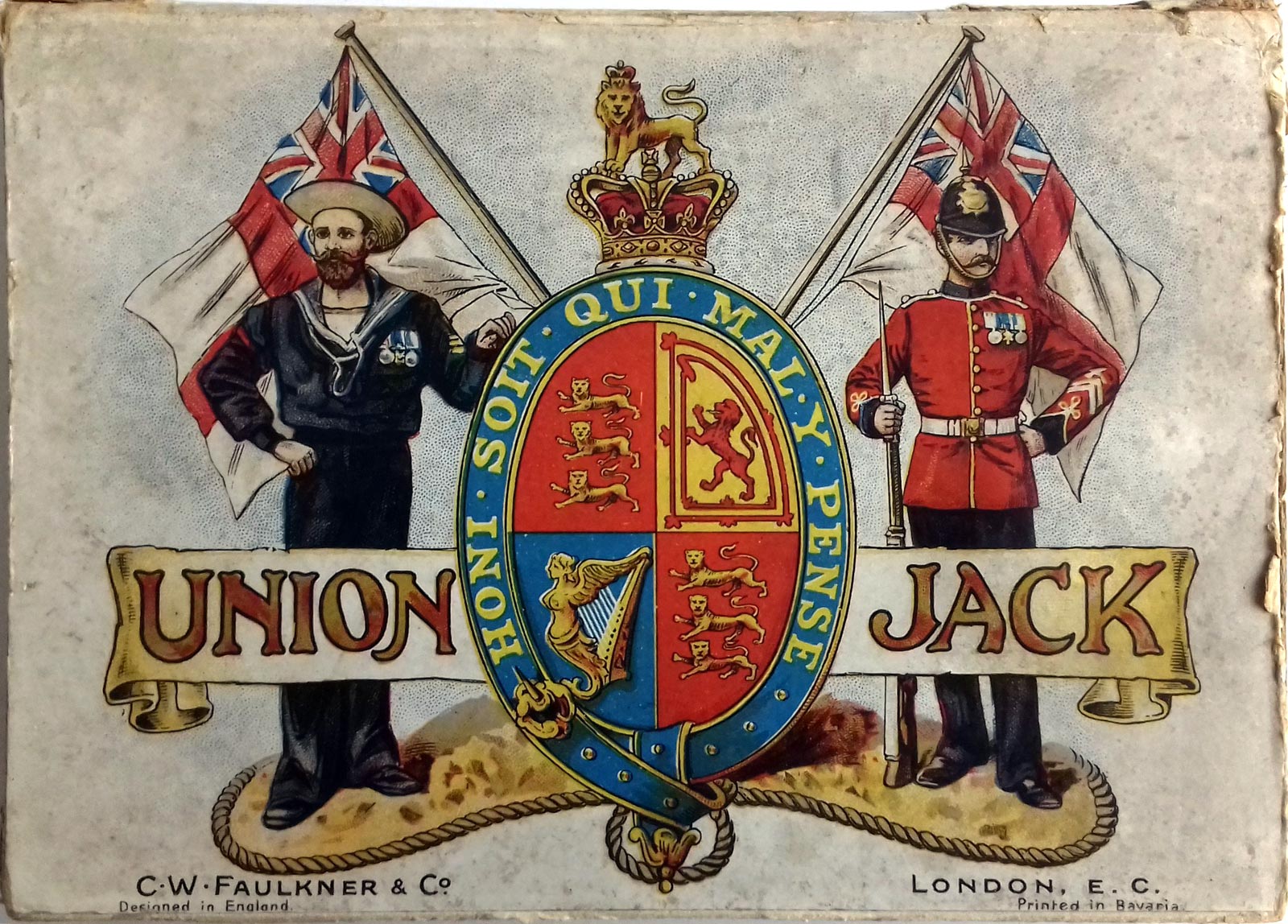 Above: this is probably the box from the earliest edition of Union Jack by C.W. Faulkner & Co., c.1897.