Patriotic Misfitz portraying naval and military officers published by C.W Faulkner & Co, Ltd, c.1906. Faulkner employed well known artists (in this case George Lambert) to design the cards and from the poor state in which most of them have survived it’s obvious that children played with them a lot. The early packs contained 72 cards like this one which is one of the rarer games. Really scruffy this pack but very good to look at. 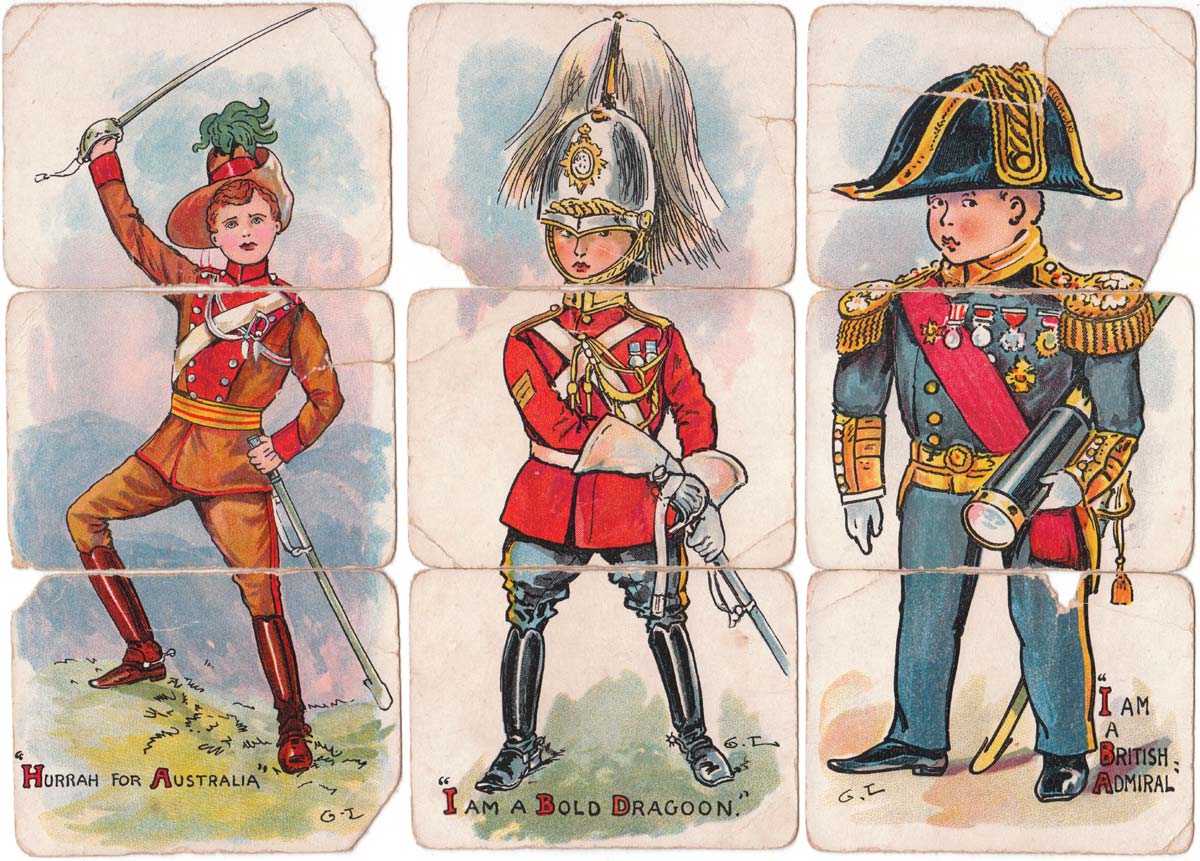 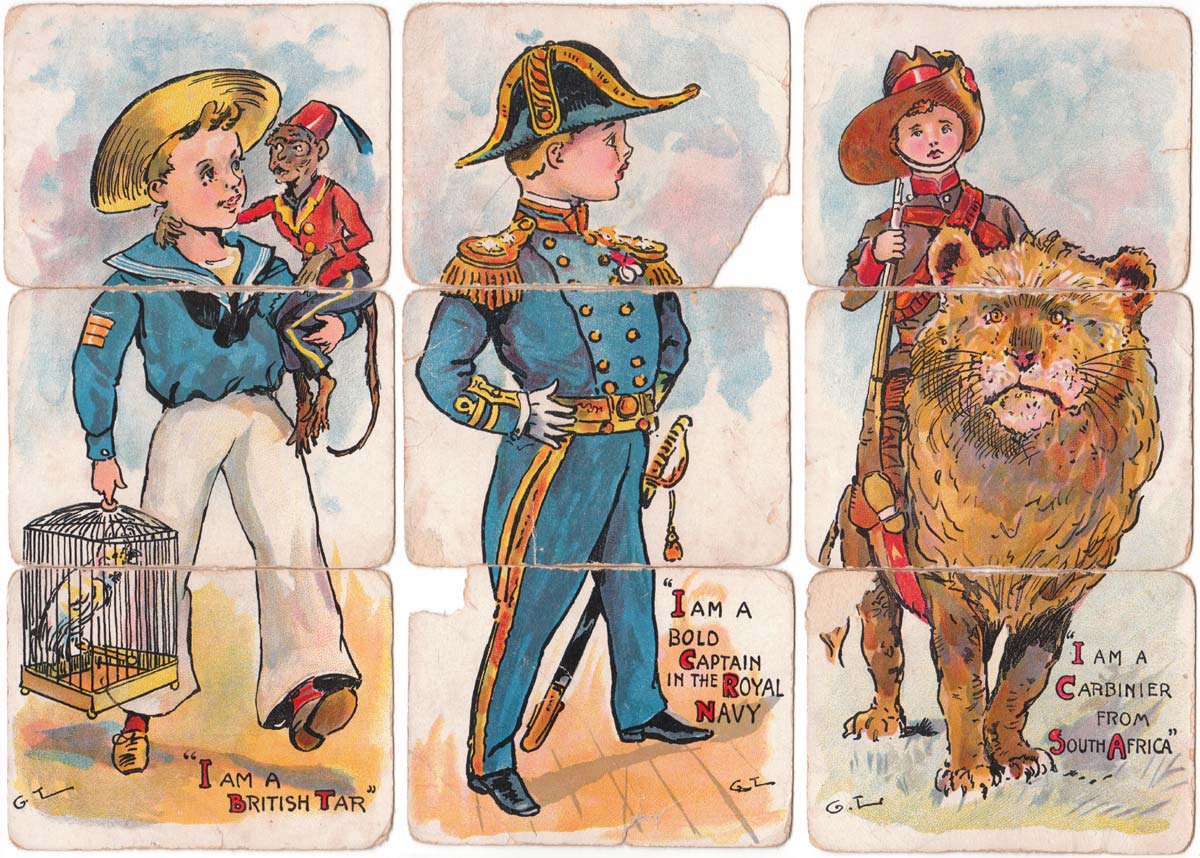 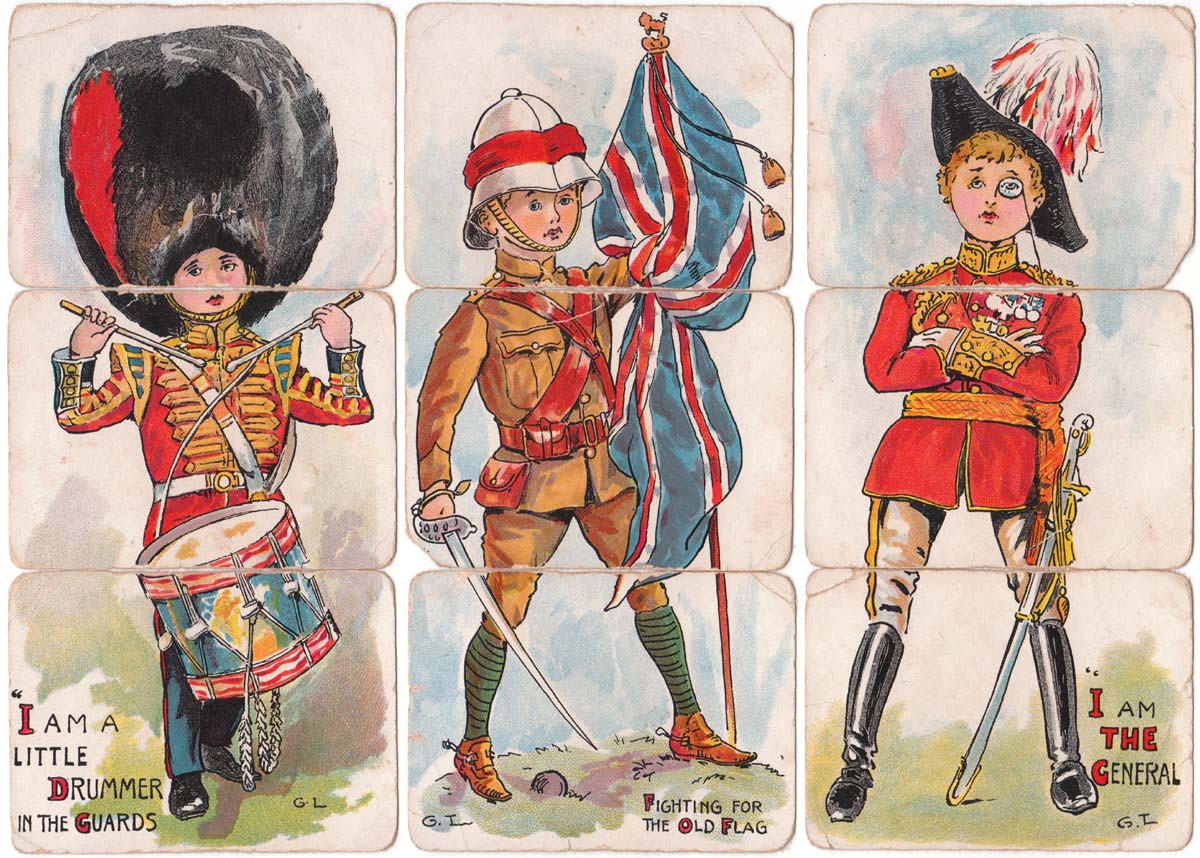 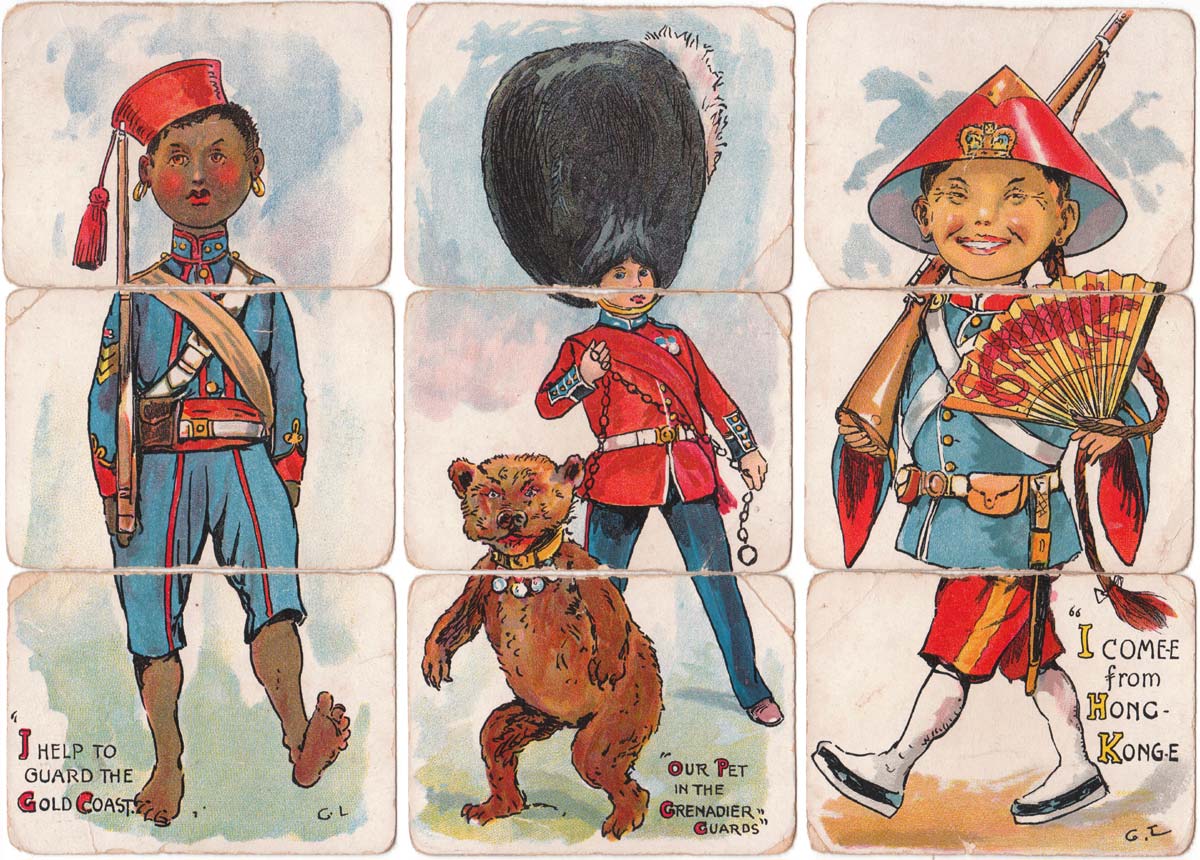 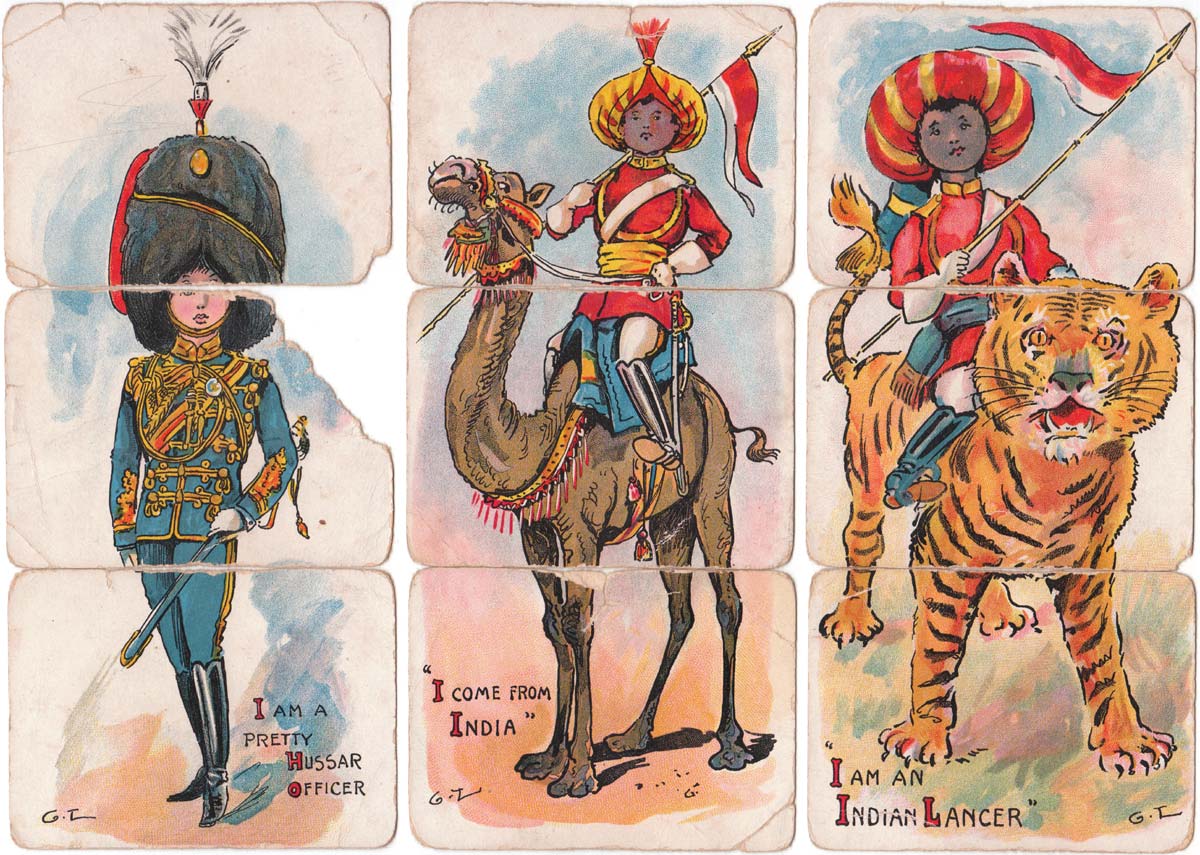 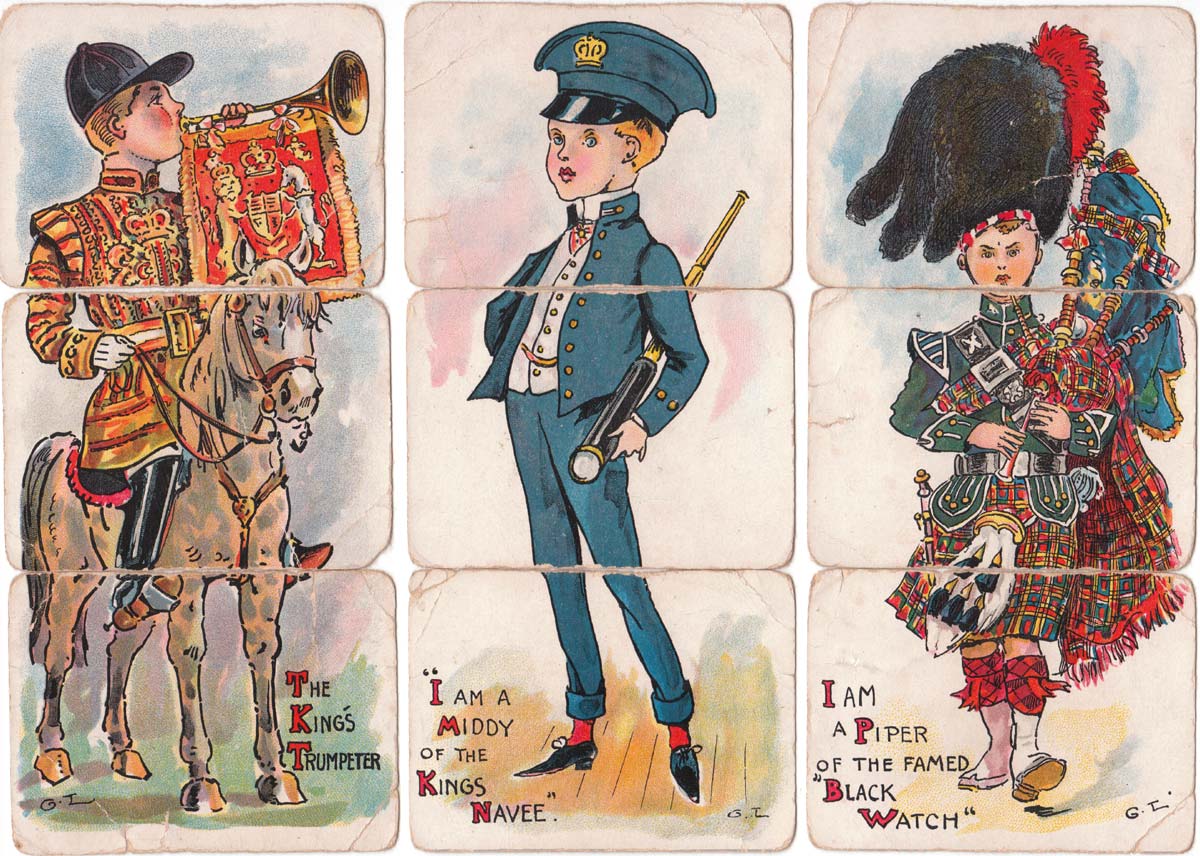 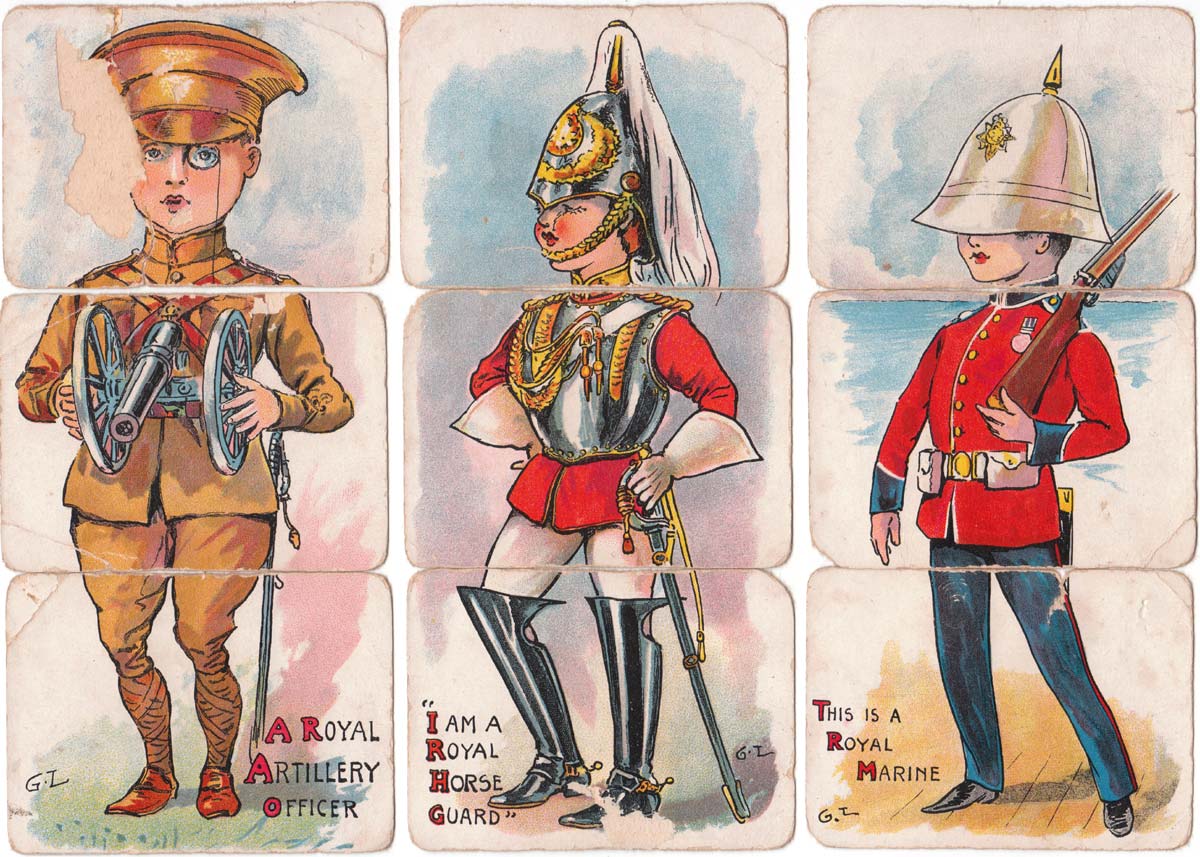 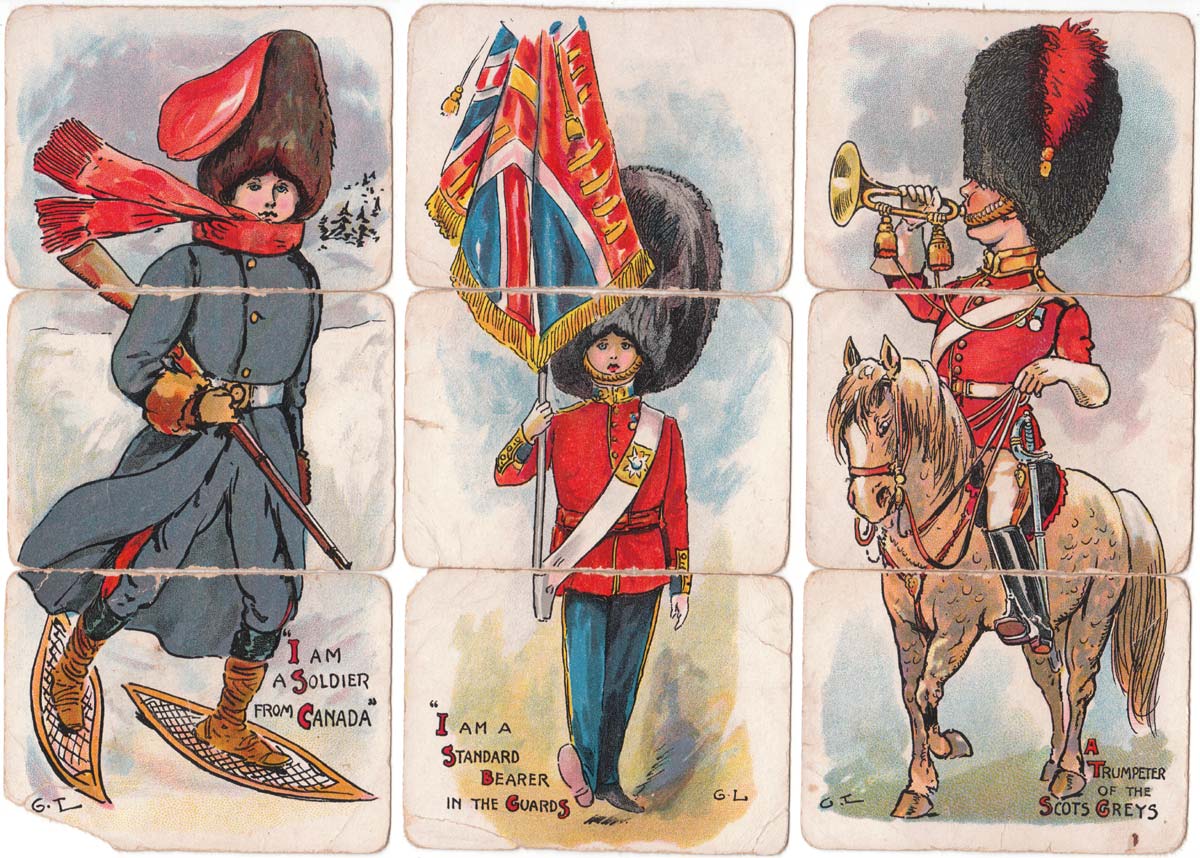 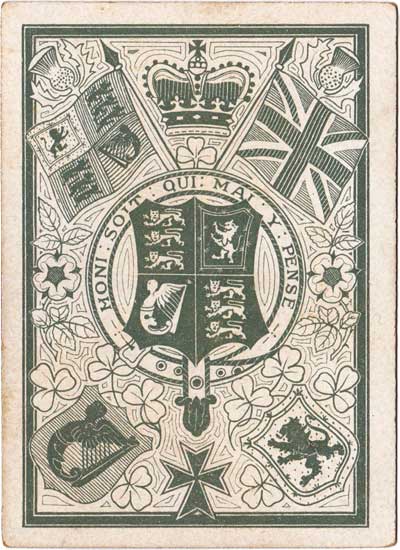