Hearts of London playing cards designed by Vicki Hill and illustrated by Wendy Guttridge for the British Heart Foundation, 2009. The cards double as “Happy Families” with 12 of the City of London Livery companies represented, plus the four aces representing officials of the City of London. The idea of the game is to collect members of the City of London's Livery Companies. Families are made up of Masters, Liverymen, Freemen & Apprentices of each company. The thirteenth family consists of the Lord Mayor, Lady Mayoress, Swordbearer and Macebearer. See the Box► 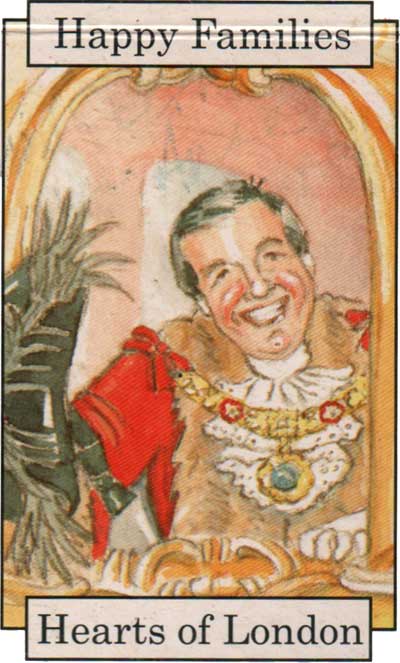 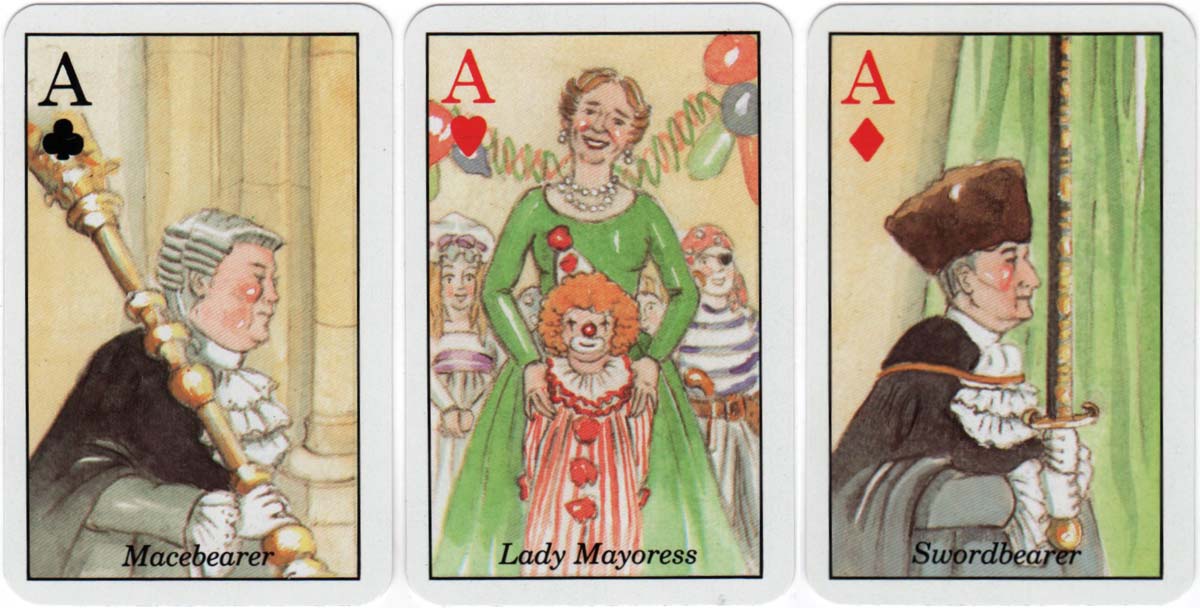 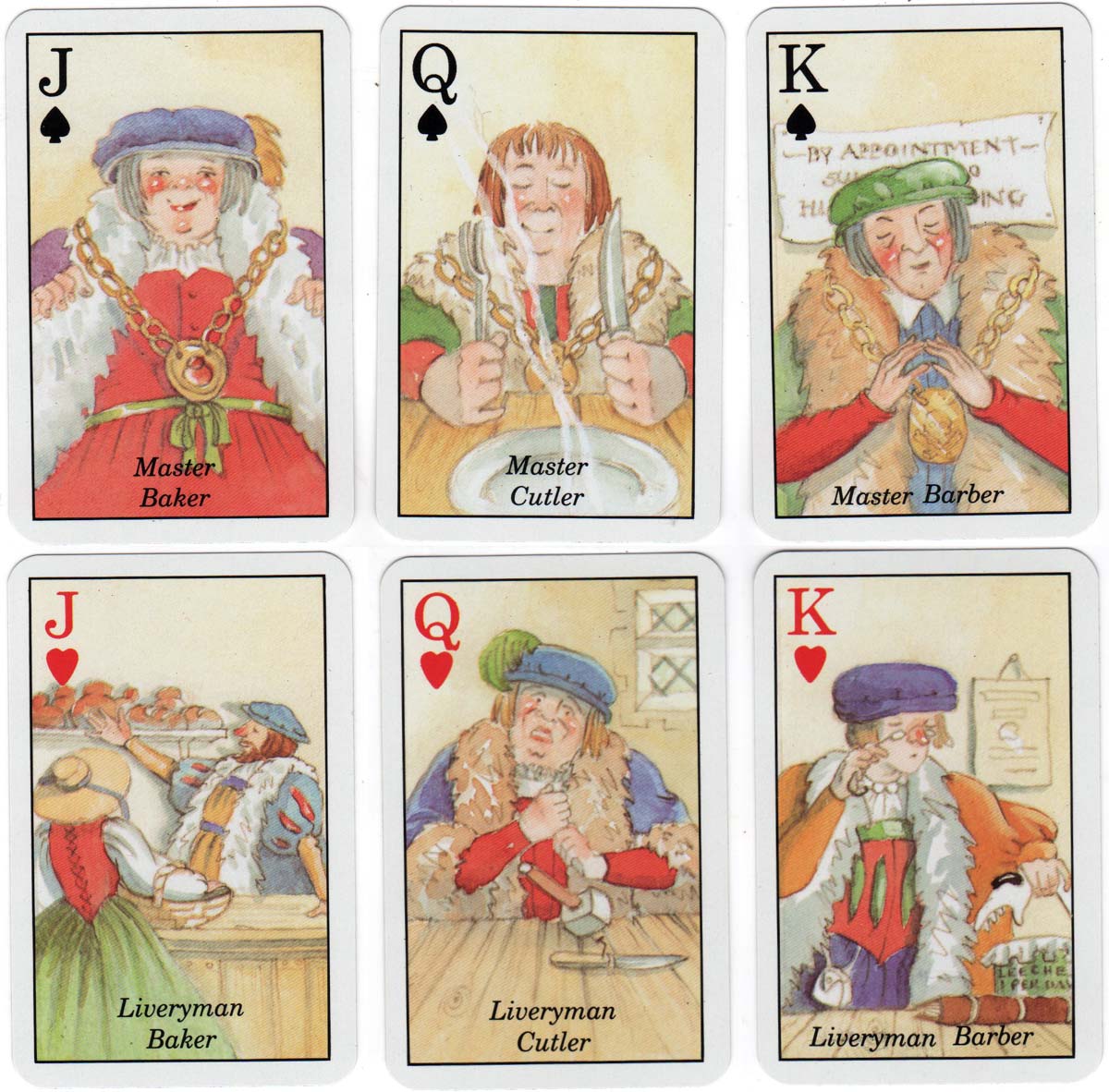 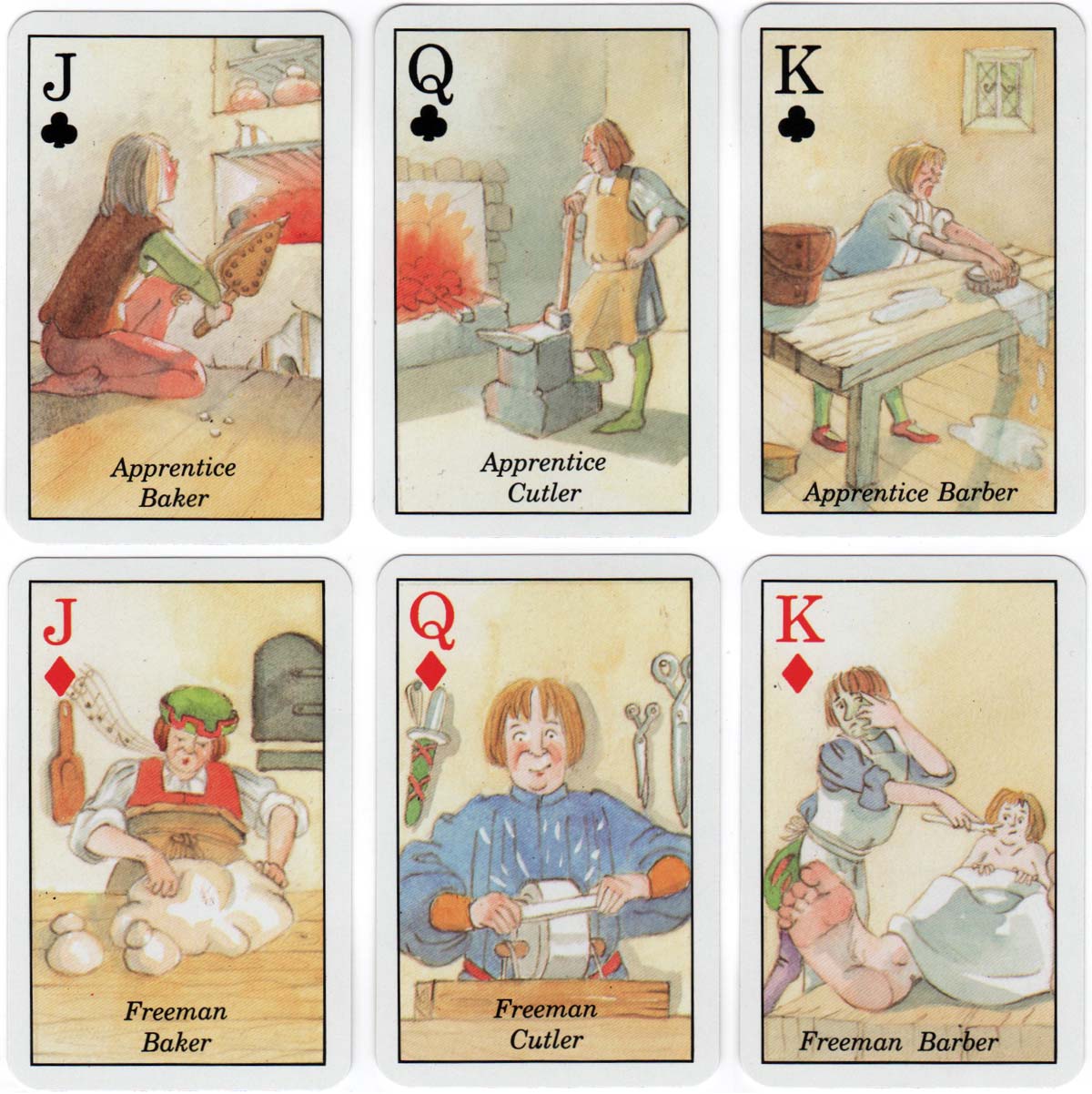 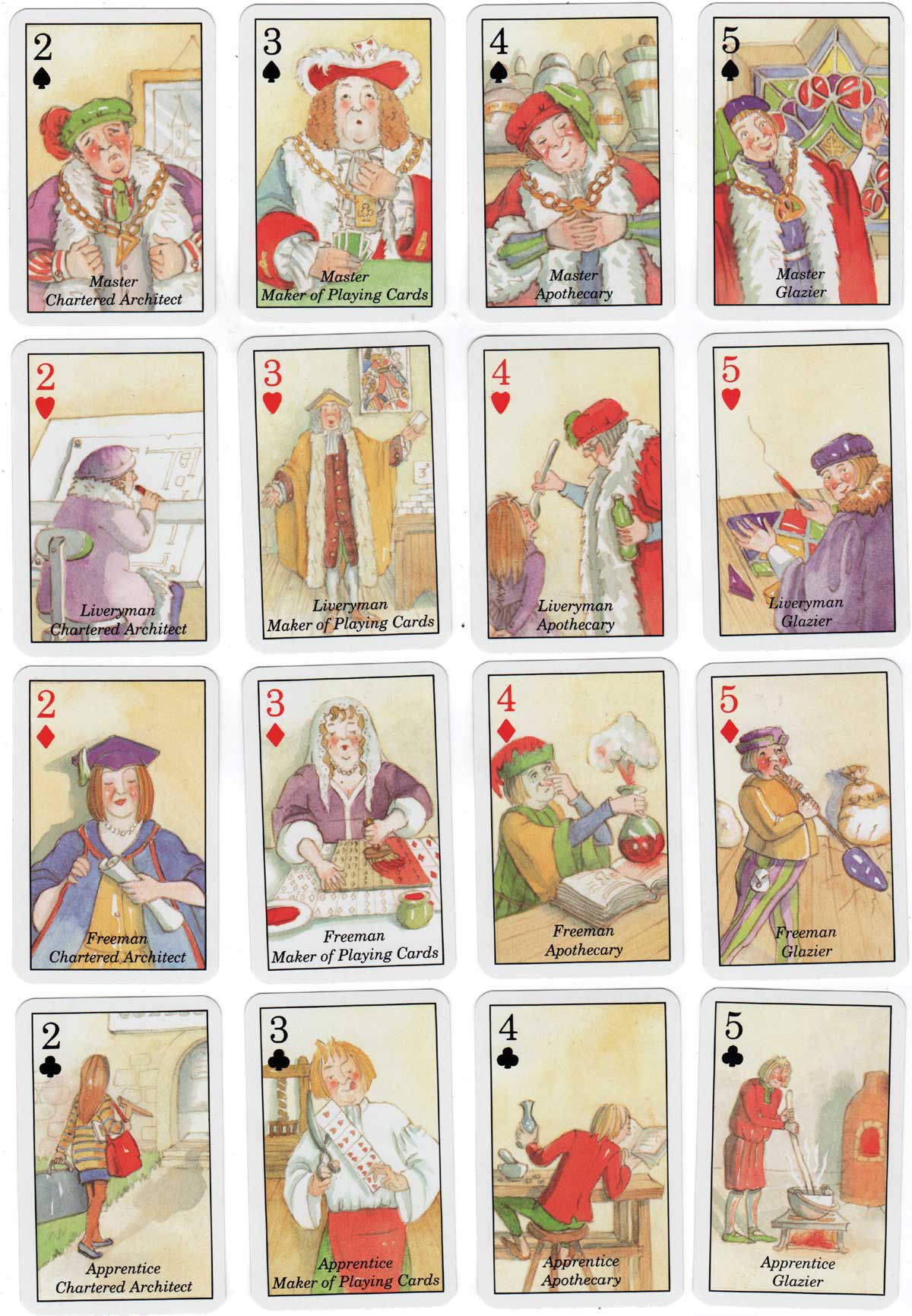 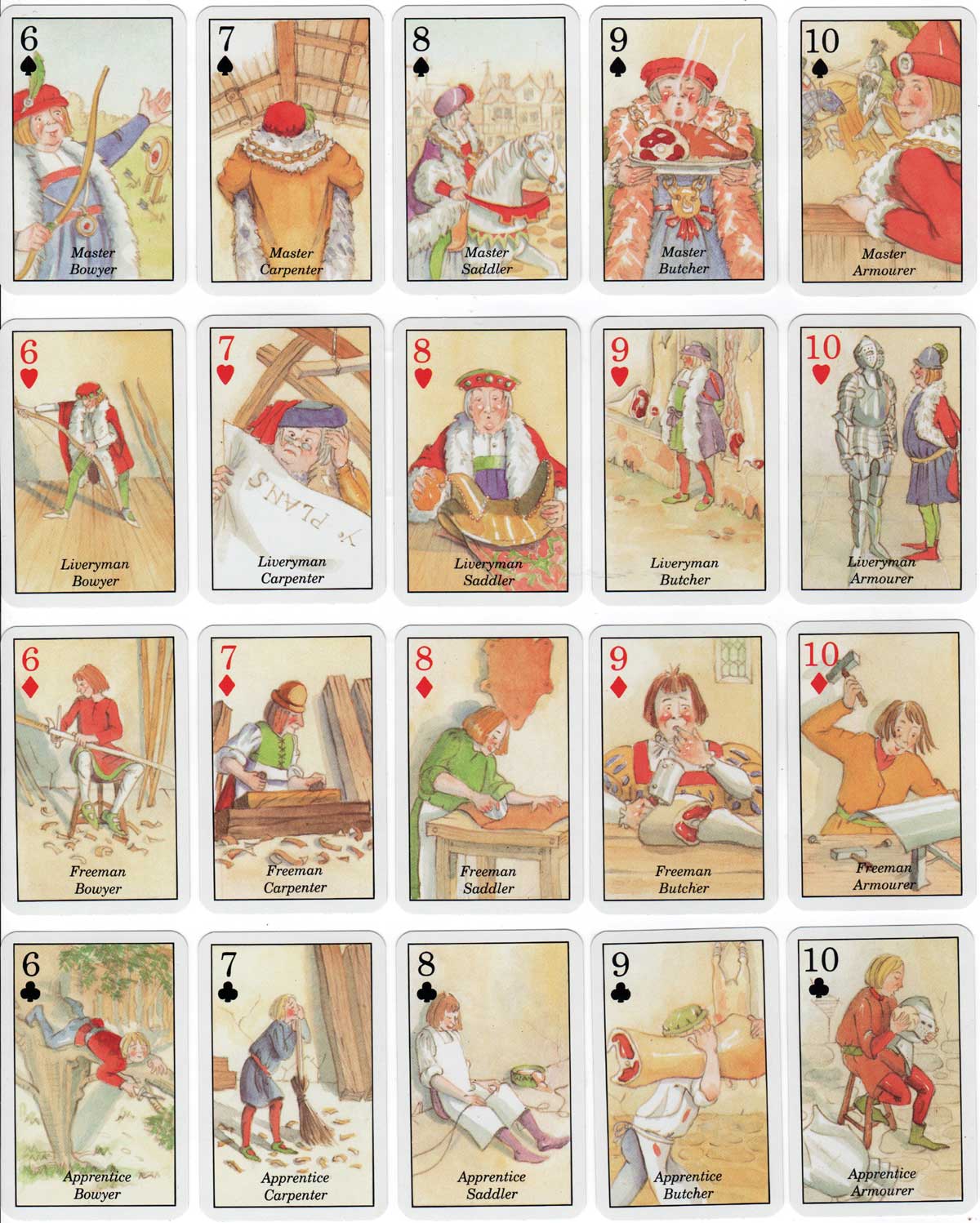 Above: “Hearts of London” designed by Vicki Hill and illustrated by Wendy Guttridge, made by unknown maker in both a red and a black back, sold to raise money for the British Heart Foundation, 2009. Two jokers are also included. 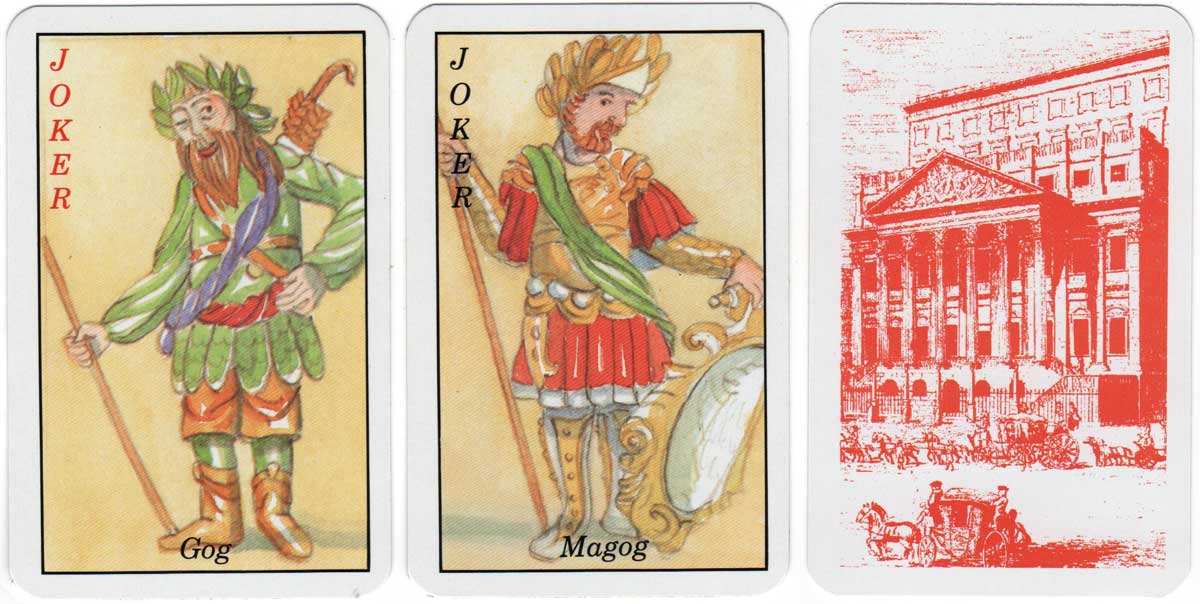