Flight was another slightly mysterious anonymous game and was published by Pepys in 1954 when passenger air travel was becoming a reality. It was advertised in the rules booklets of other branded Pepys games but the game itself has no identification. The aim of the game is to get rid of all your cards by travelling four full routes from take-off to safe landing. See the Box► 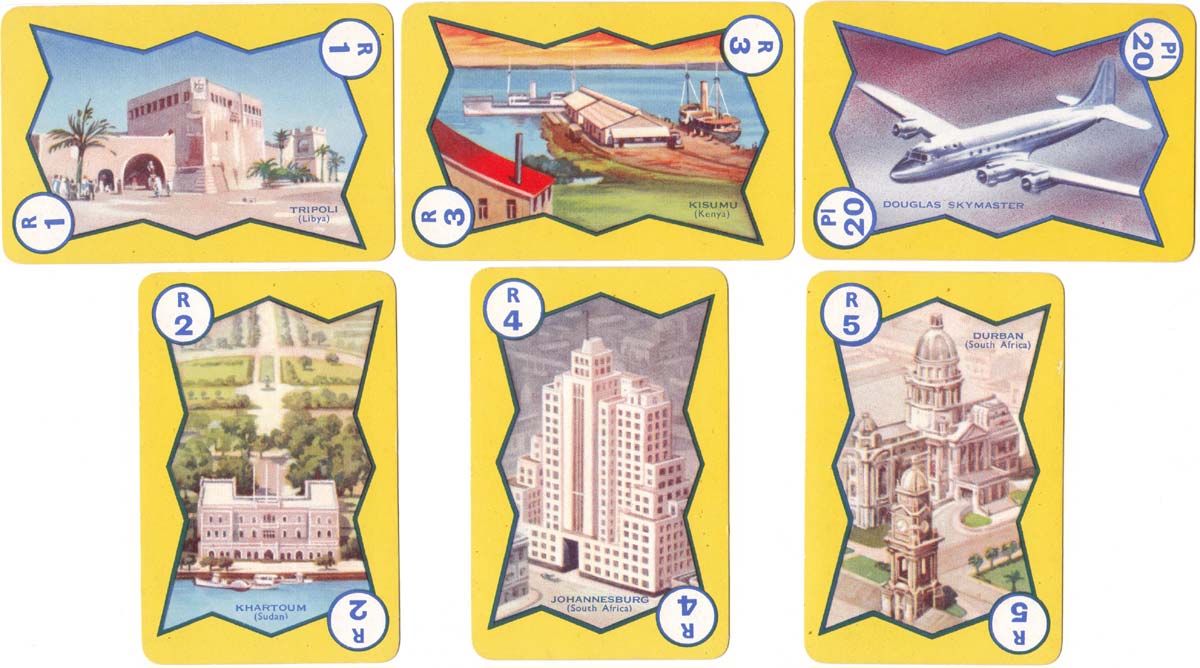 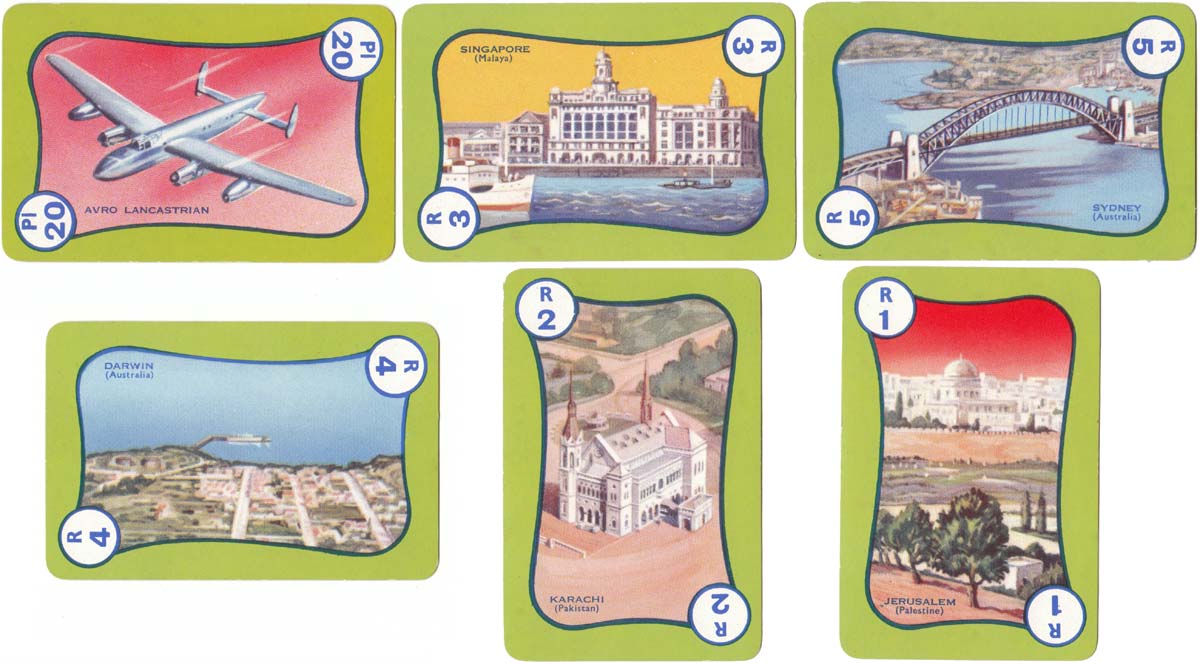 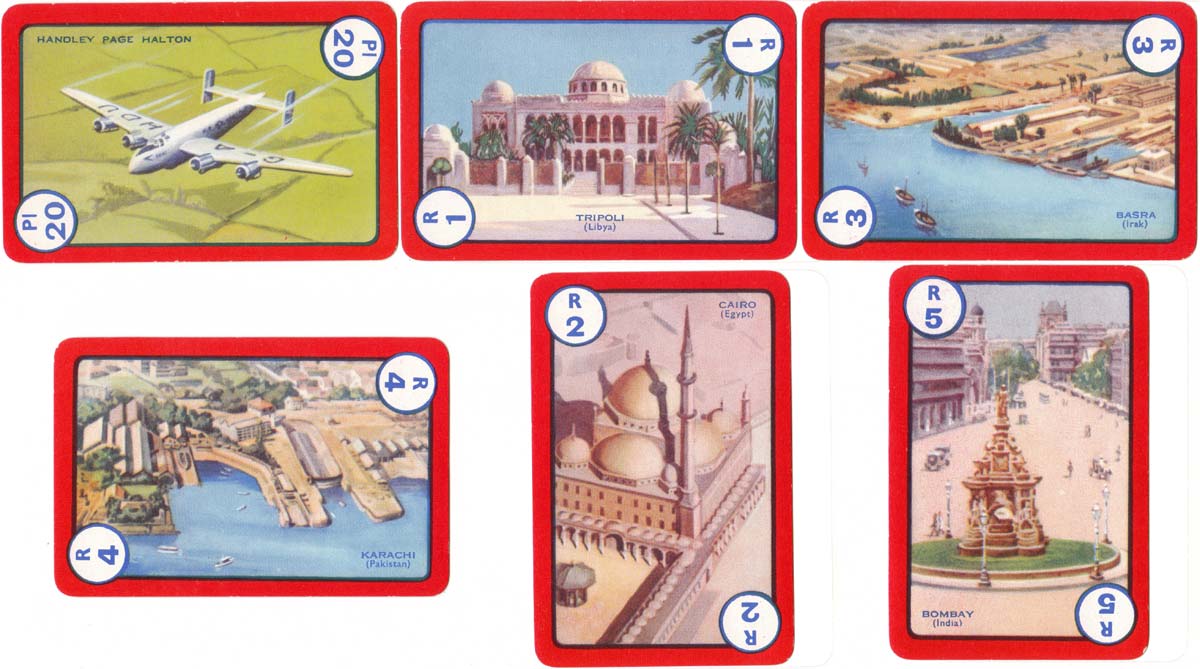 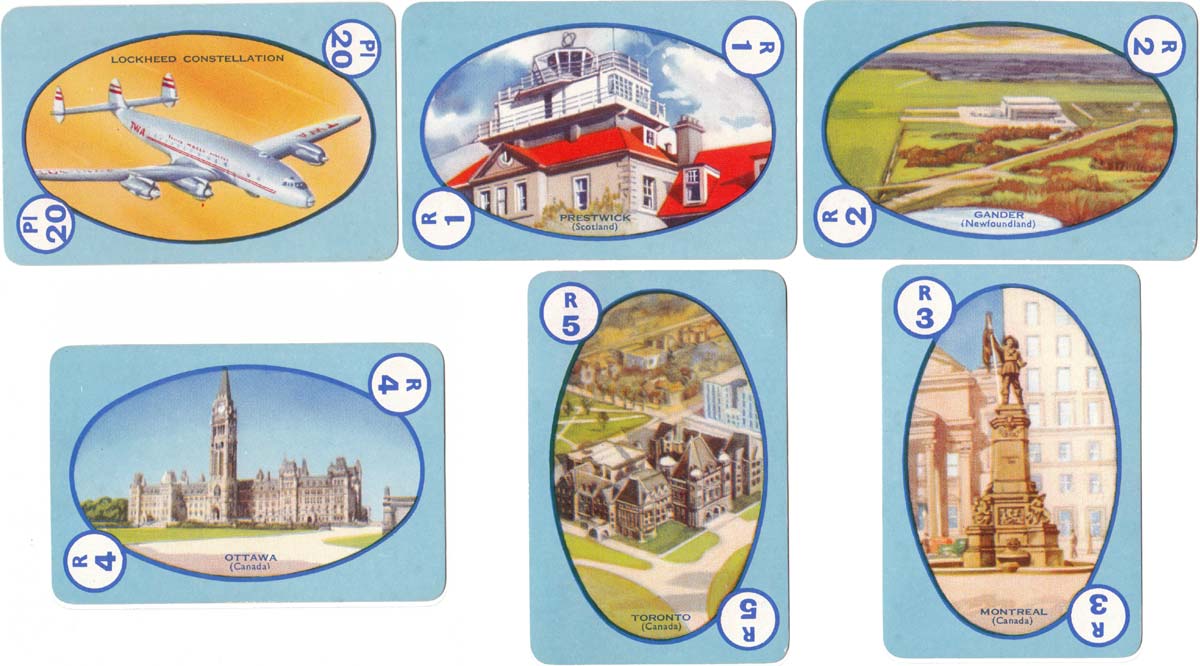 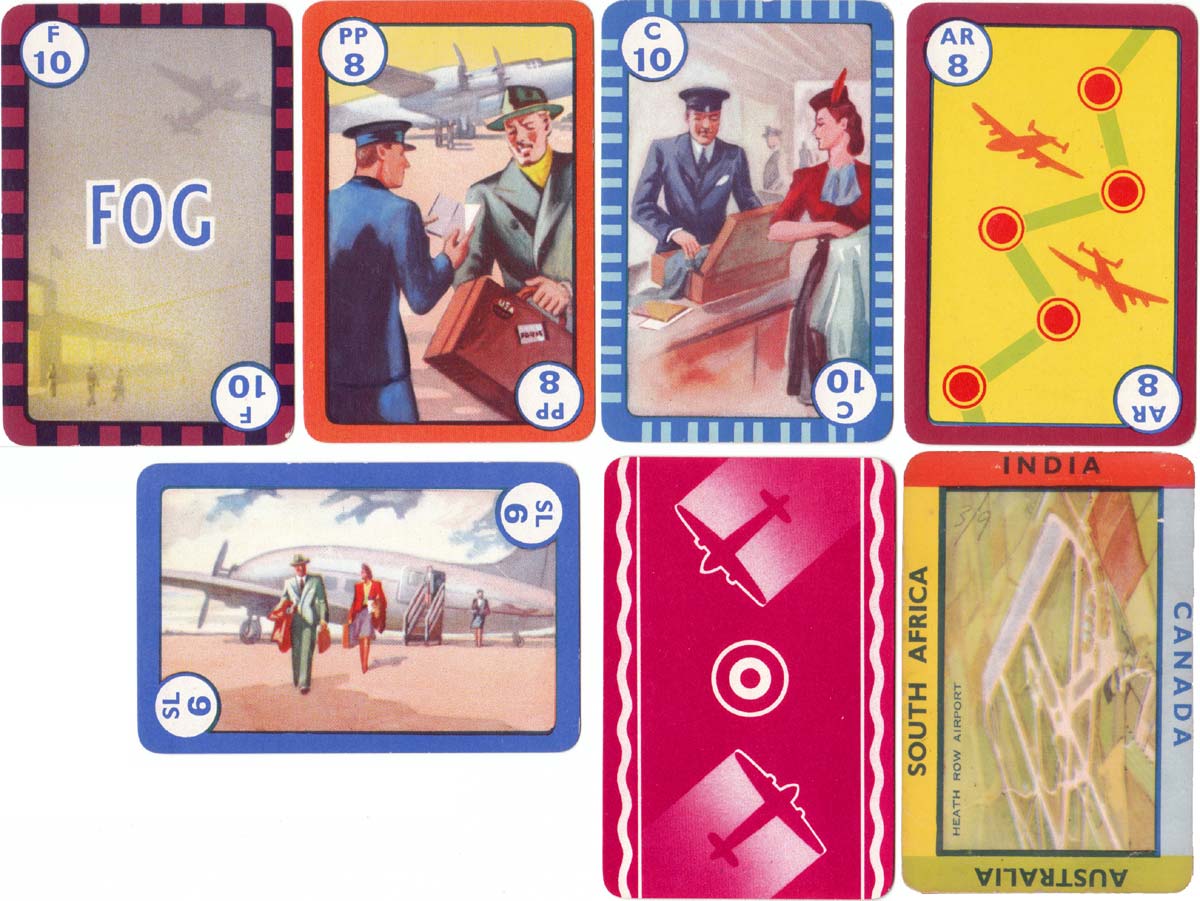 The game was re-published by Lagoon Games in 2011►