‘Test Pilot’, illustrated by A. B. Bowbeer and published by Pepys Games, 1950s. The game was endorsed by Neville Duke, the chief test pilot for Hawker. The object of the game is to score points by testing aircraft, i.e. by having on the table 3 cards showing the same aircraft. See the Rules► 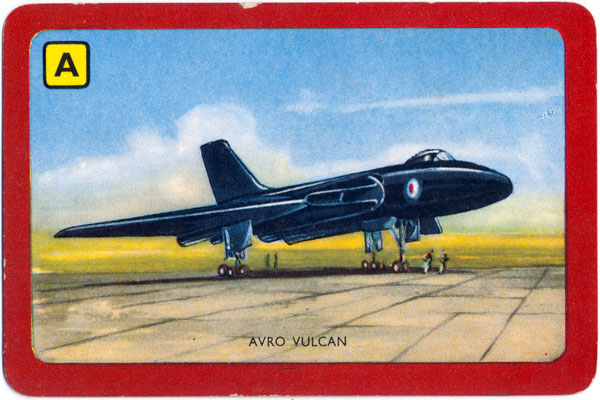 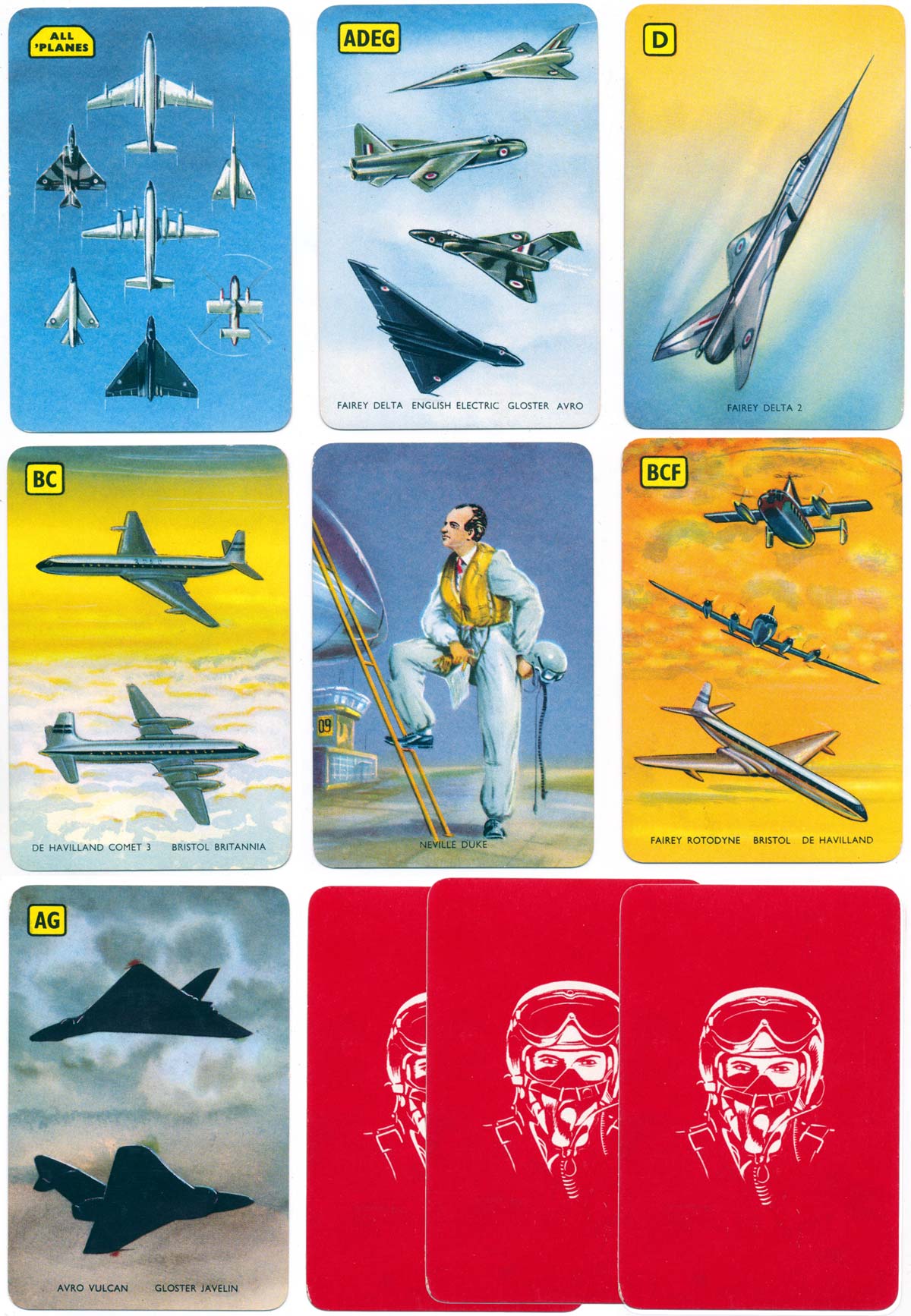 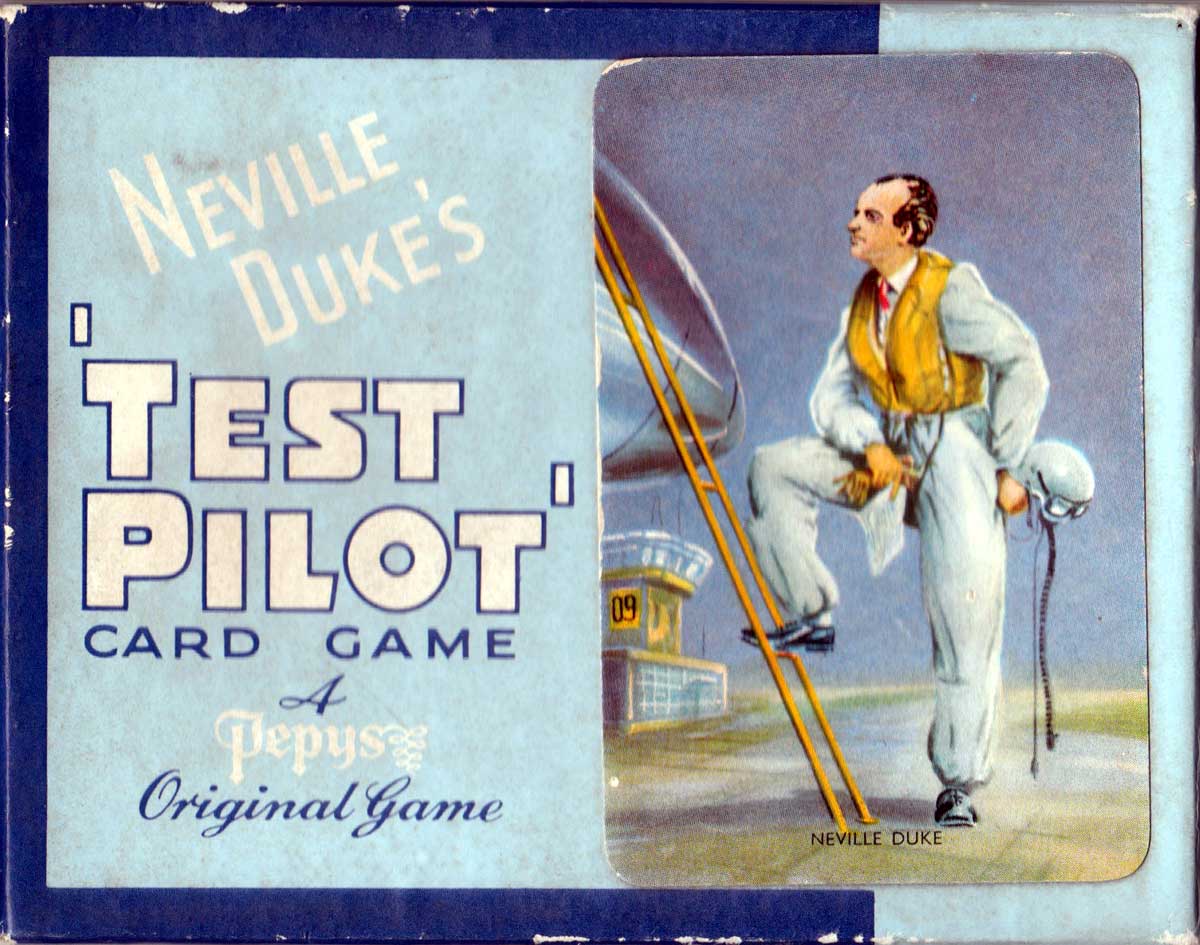