Jungle Thrills card game was illustrated by Racey Helps and published by Pepys Games in 1955. Seven different animals are pictured: lions, tigers, elephants, monkeys, hippos, giraffes and zebras. Not quite politically correct today, the idea is to “bag” as much game as you can whilst on safari. The Hunter is an advantageous bonus card. The game was repackaged in 1956 as ‘Safari’ with new rules in which the Hunters count as bad penalty cards and the object is to collect sets of three similar animals, but otherwise the pack is the same. See the Box► 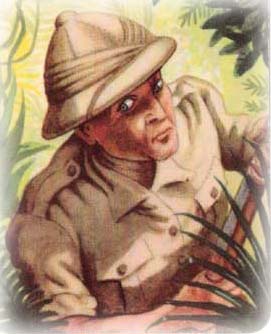 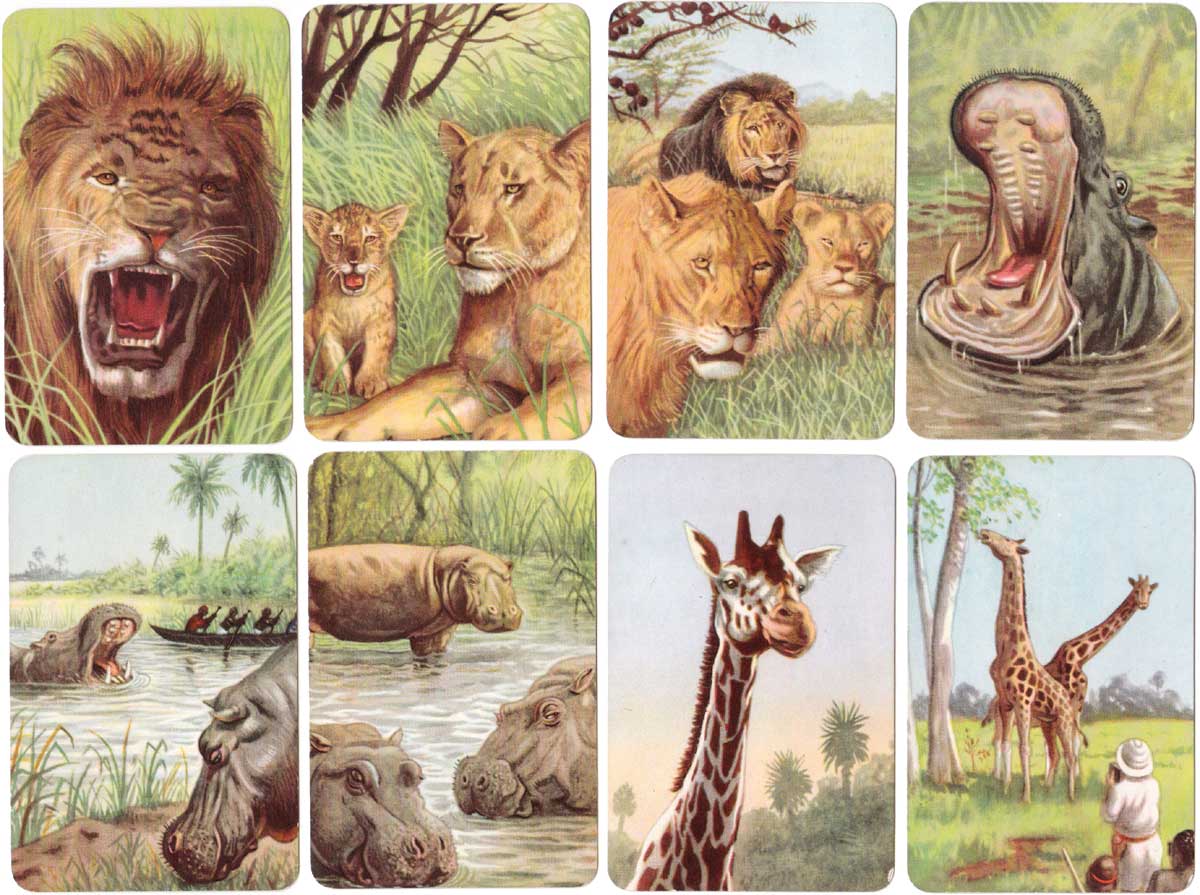 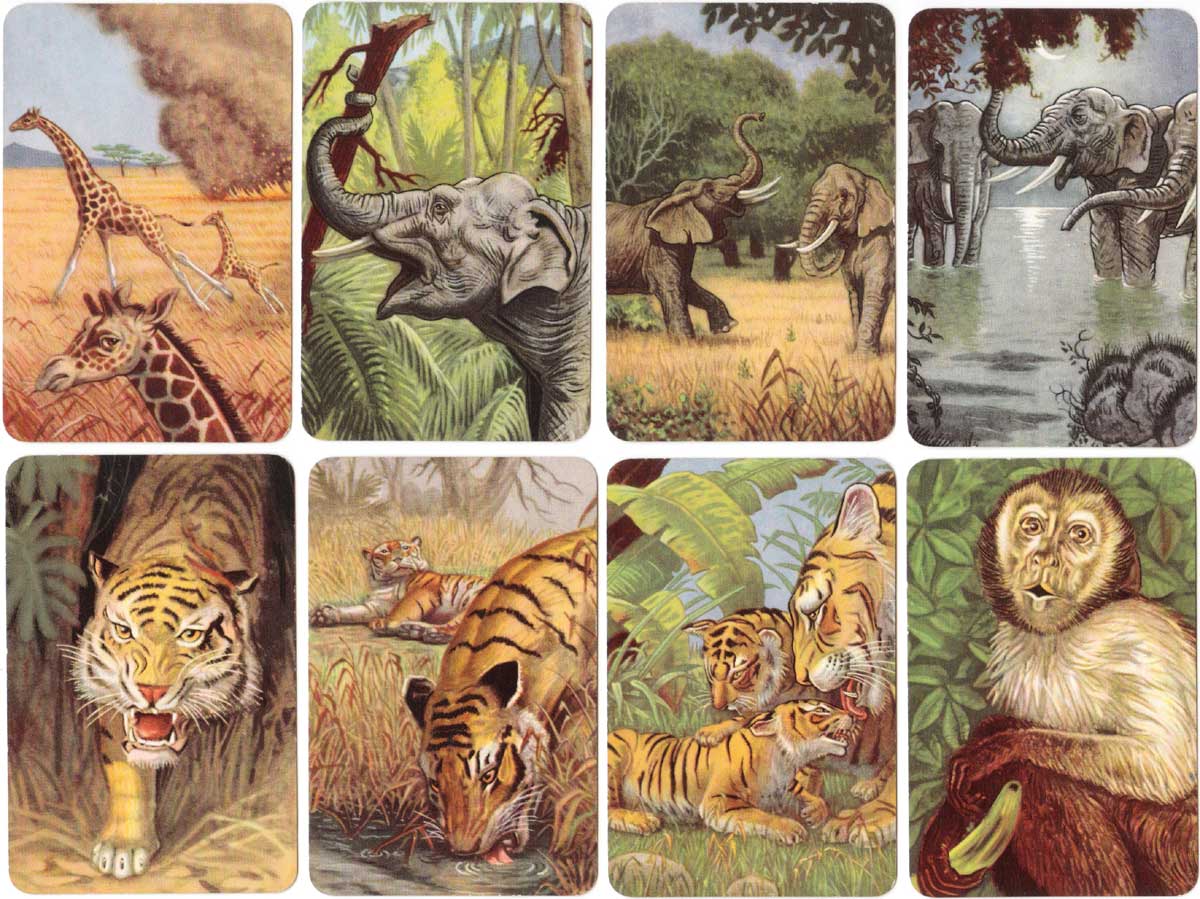 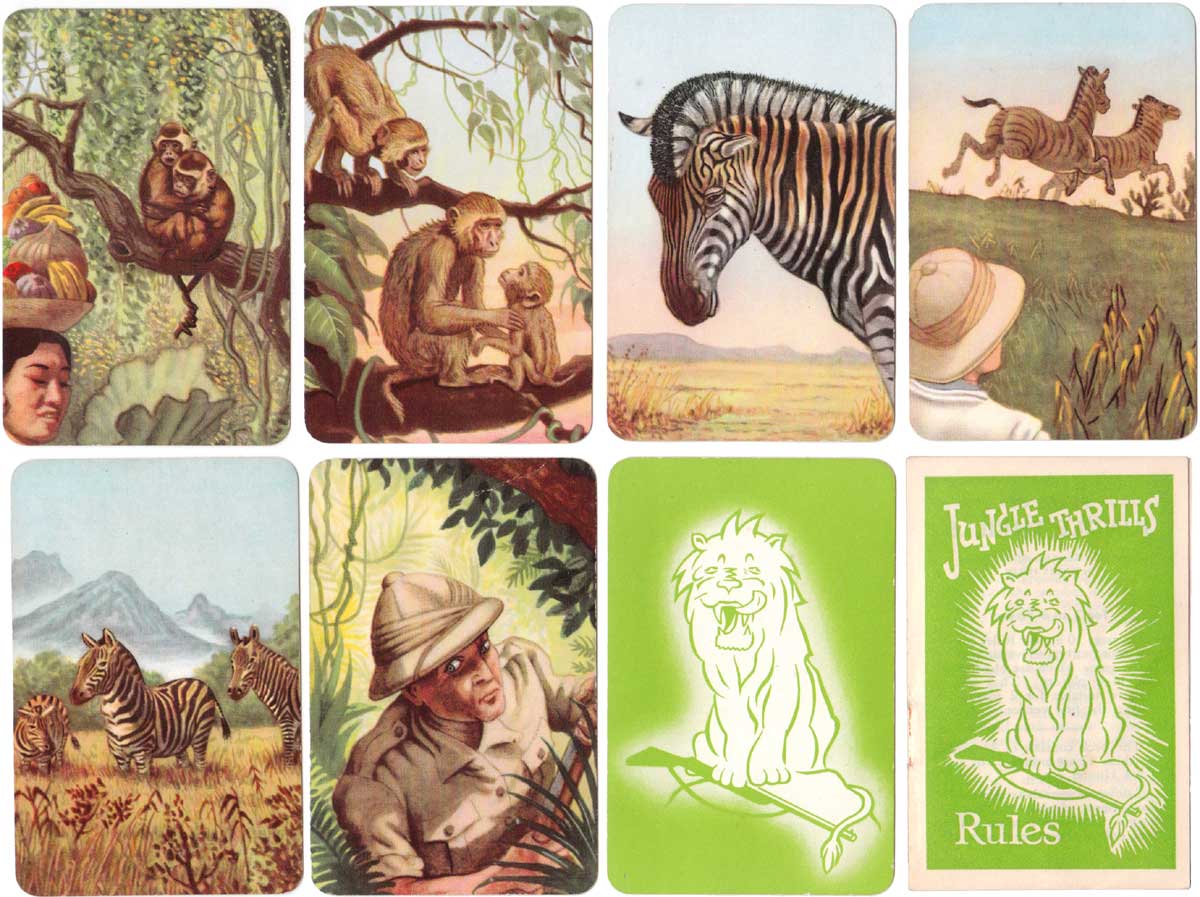 Above: Jungle Thrills published by Pepys Games, 1955. 44 cards + rules in box. The Hunter is considered a bonus card. From the collection of Rex Pitts.

The game was repackaged in 1956 as ‘Safari’ promoted by the new book ‘Leopard in my Lap’ written by Michaela Denis, with photographs by Armand Denis, about safari adventures in Papua and Australia, and with new rules in which the Hunters are bad penalty cards to be avoided. Otherwise the pack is exactly the same.

Above: ‘Safari’ published by Pepys Games, 1956. 44 cards + rules in box. Apart from the new imagery on the box and rules booklet the cards are the same as Jungle Thrills, but the Hunter is considered a bad card in the game. From the collection of Rex Pitts.