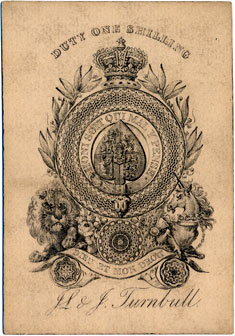 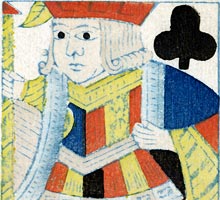 The firm is first recorded in 1815 when trading as Lucas & Turnbull; it was listed from 1816 as Turnbull & Lucas, stationers and booksellers, firstly in Chiswell St and then in Bunhill Row, becoming J.L. and J. Turnbull in 1822. The Turnbulls added ‘hot-press’ work to their trade description in 1828, and relocated to Holywell Mount in 1830, describing themselves as ‘Drawing-board & Card-makers & Hot-Presses’ from 1834. An ‘Old Frizzle’ Ace of Spades was assigned to them in 1833. In 1853 James L. & J. Turnbull were listed as ‘Makers of Playing Cards, Pasteboard, Paper Glossers and Pressers and Drawing Board Makers (including London Board.)’

From 1863 the business was listed as Frederick and Samuel Turnbull, but in 1869 they filed a list of their debts and liabilities under bankruptcy proceedings. However, in 1882 the business was listed as ‘Turnbull, F. & S. & Co. (J.L. Turnbull & J. Turnbull, of Holywell Mount), established 1780, paper & fine art cardboard manufacturers, inventors & patentees’. The 1780 date has not been traced elsewhere. 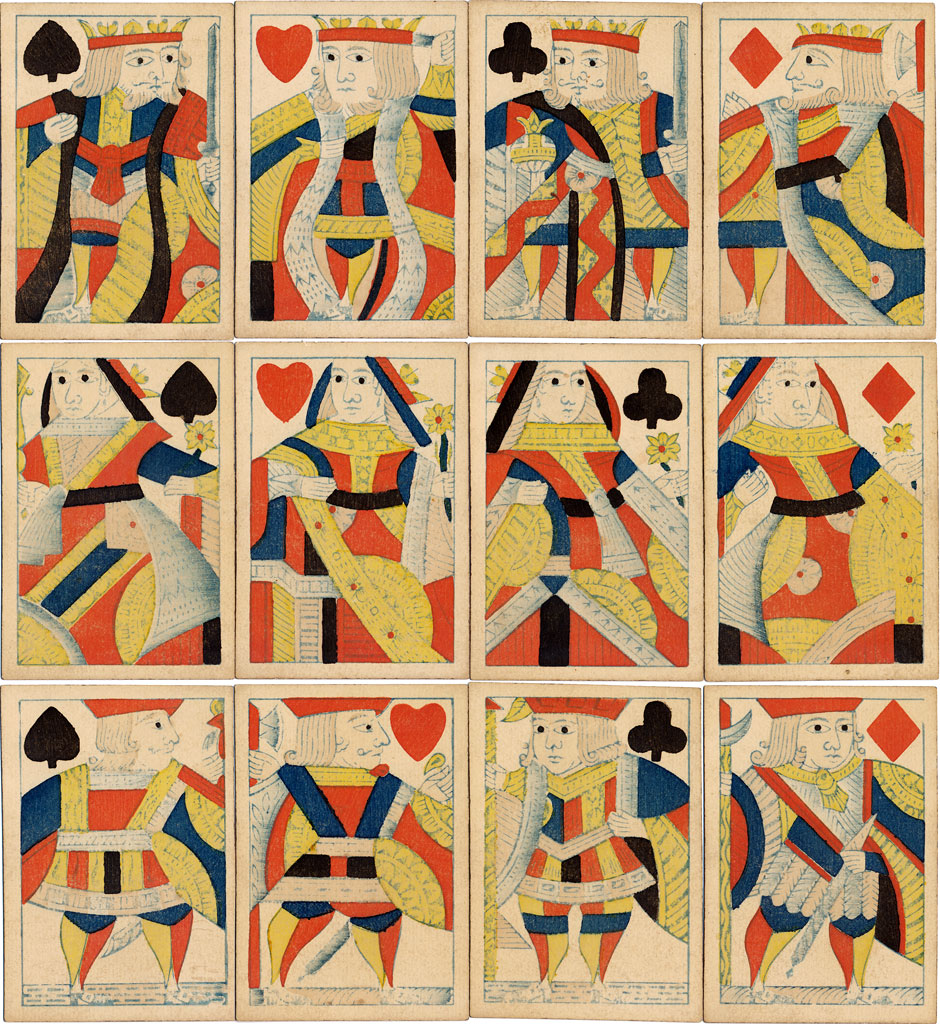 Above: standard English playing cards manufactured by J.L. & J. Turnbull, woodblock & stencil printing, London c.1840. The eyes were originally printed in blue, but the pupils have been coloured with black ink afterwards, which is rather unusual. The style of the court cards, especially the eyes, is similar to those manufactured by Reynolds during the same period. Images courtesy Barney Townshend.