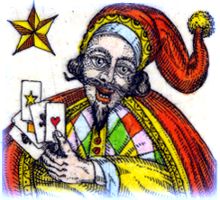 Karl Gerich was a great admirer of playing cards produced by B. Dondorf and his tenth pack was inspired by Dondorf's “Luxus-Spielkarte Vier-Erdteile” (Four Continents Luxury Playing Cards) designed by Friedrich Karl Hausmann, 1870. The pack has double-ended courts showing exotically dressed figures from different parts of the world; pictorial aces and a double-ended Joker-Magician. 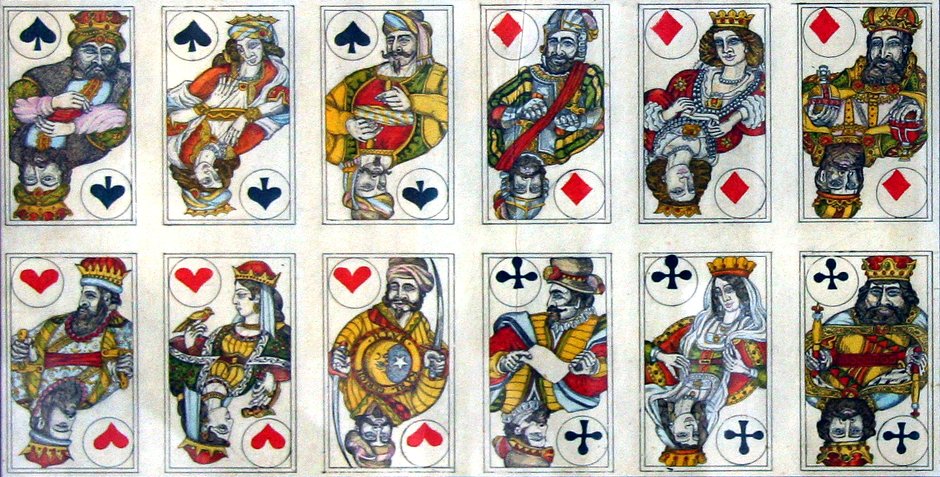 Above: court cards from an uncut sheet of hand-made playing cards by Karl Gerich, '4 corners of the World', 1984. Cards measure 44mm x 76mm.