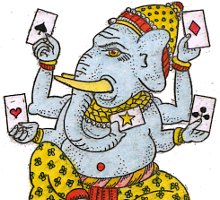 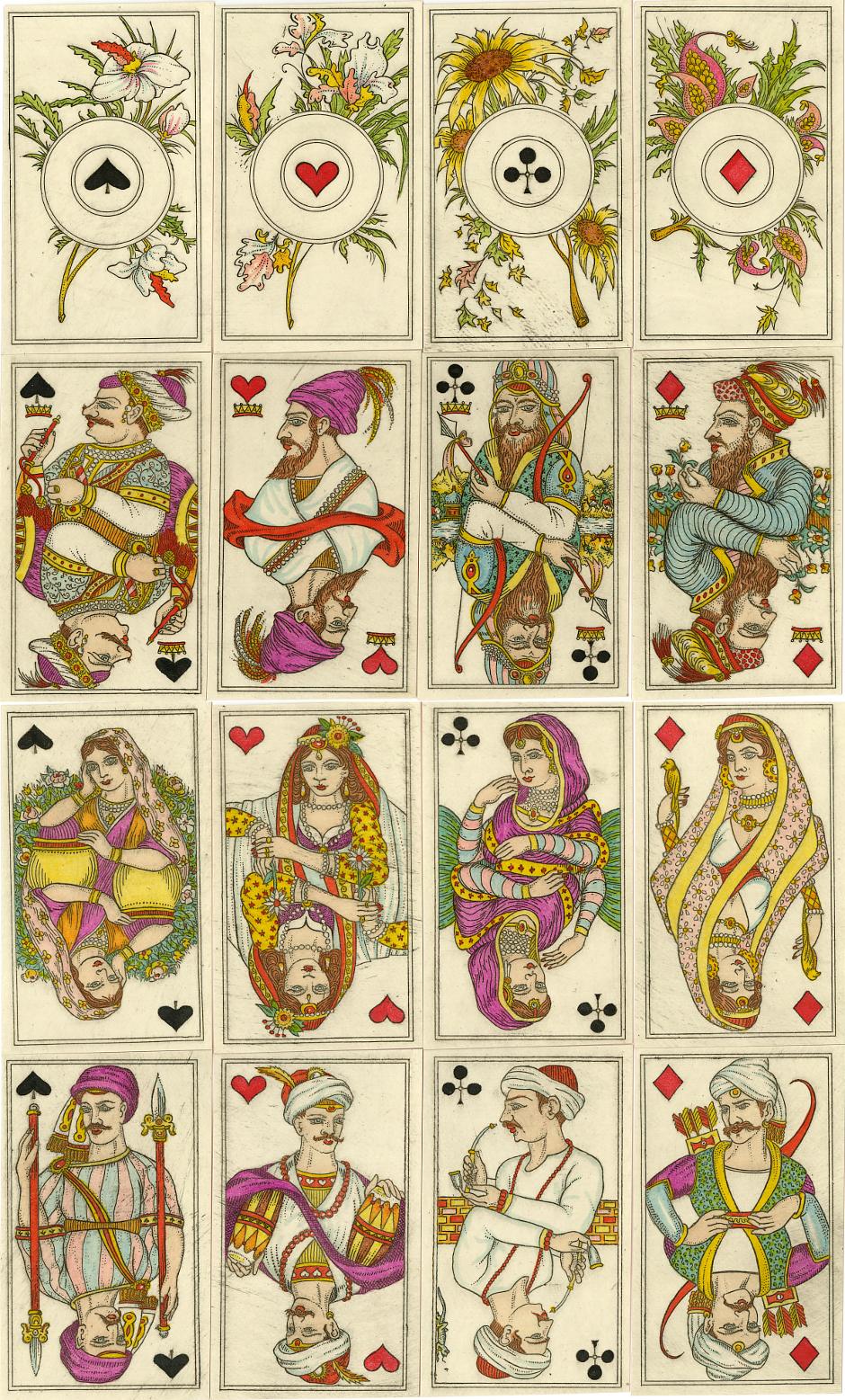 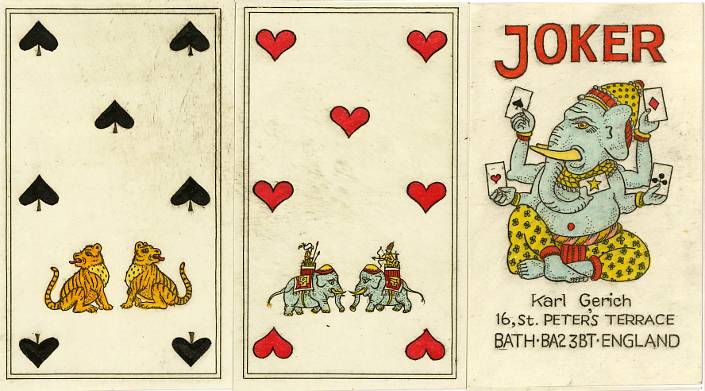 Right: the Joker is a single-ended Ganesha holding an ace in each hand. Ganesha is widely revered by Hindus as the remover of obstacles and more generally as patron of arts and sciences, and the deva of intellect and wisdom. He is shown here holding all the Aces. The Sevens have animal vignettes (peacocks, elephants, tigers & oxen).