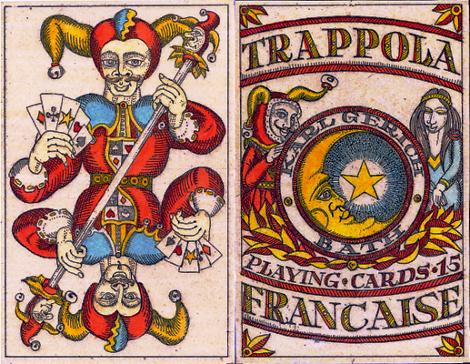 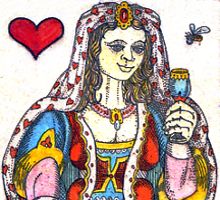 Inspired by Piatnik's ‘Trappola’ of c.1890, with double-ended courts, a Jester and decorated Aces, the cards are delicately etched and hand coloured so that versions exist with alternative colour schemes. ‘Trappola’ cards originally had Italian suits, and in Karl's version the suits of Hearts and Clubs follow the Trappola models of Cups and Batons. The Ace of Hearts (Cups) has an eagle perched at the top and the maker's name appears on the Ace of Clubs (Batons). Unfortunately ‘Trappola’ cards are no longer used. 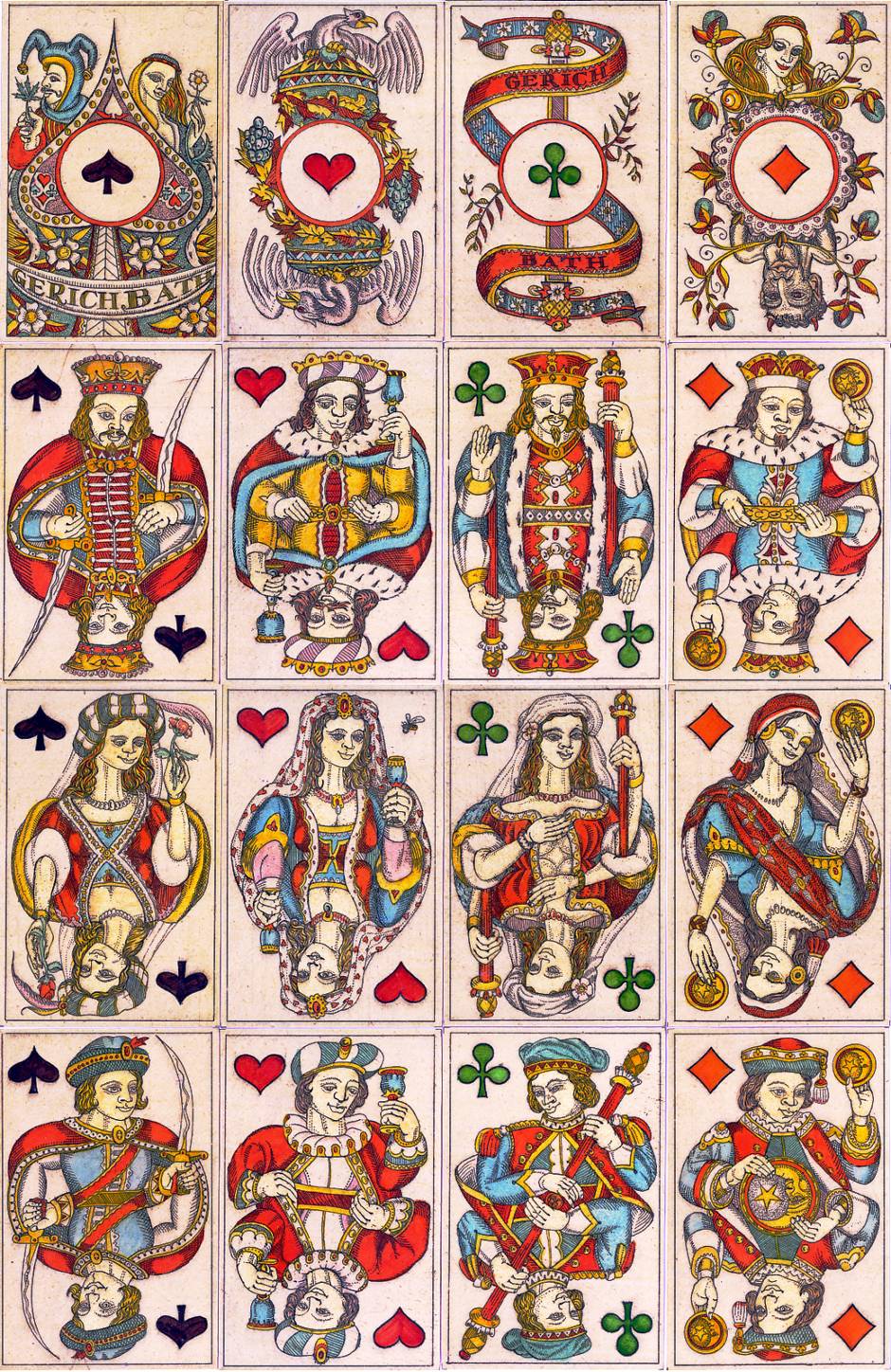 Above: four Aces and court cards from ‘Trappola Française No.15’ produced by Karl Gerich, c.1990. Copperplate etching, 36 cards + 3 Jokers; one double ended while the other two show a Jester playing with a young woman. Cards measure 51mm x 81mm.