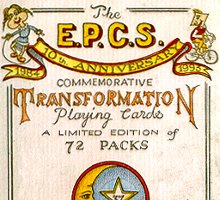 The “English Playing Card Society's 1Oth Anniversary Transformation” pack was published in 1993. The pack is based on the theme of English nursery rhymes and was immediately hailed as Karl's Masterpiece. To make the design of the pack into an authentic Transformation pack Karl kept the correct positions of the pips and based his designs around them with ingenuity. The pack was produced as a “Luxury” edition with all cards hand-coloured and gilt edged, and a “Standard” edition with the court cards coloured but the suit signs only coloured on the numerals.   See also: E.P.C.S. Homepage 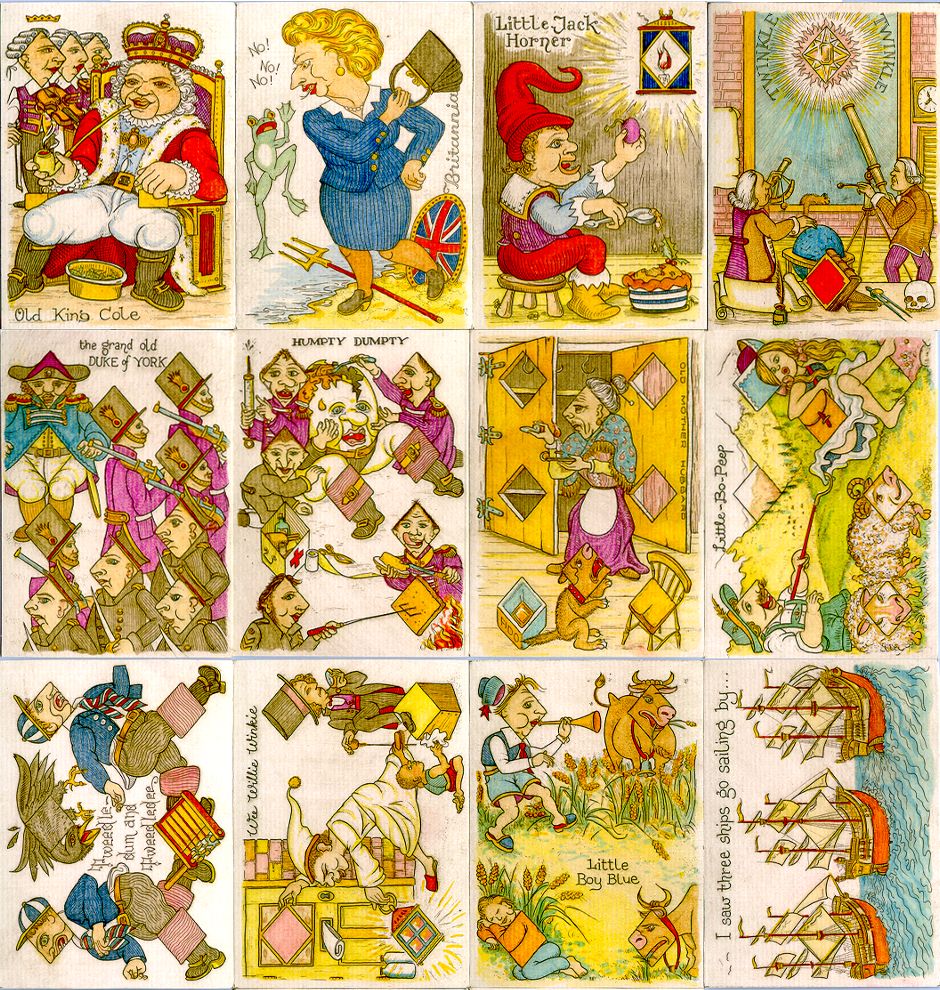 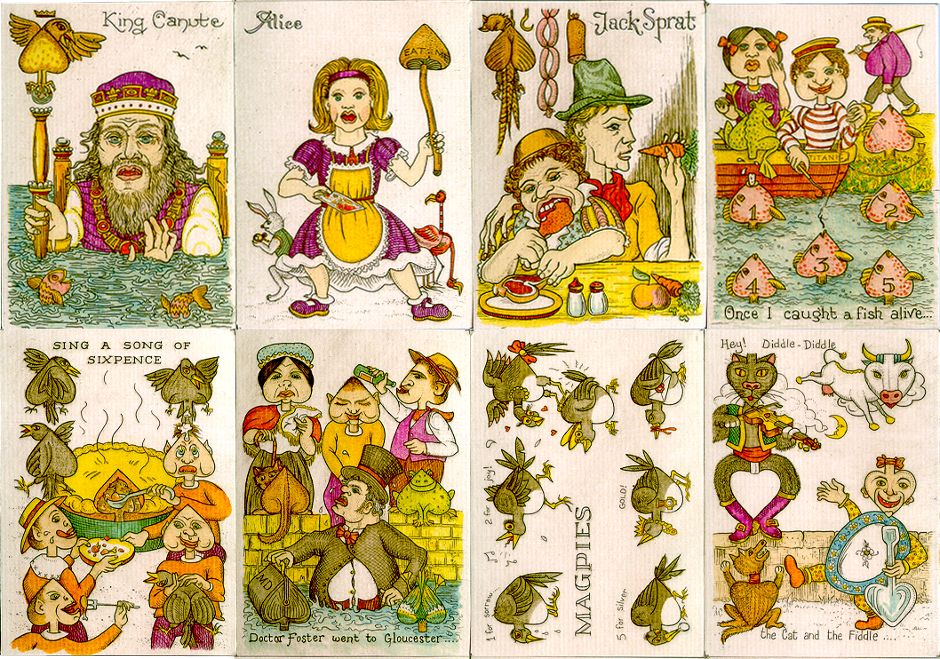 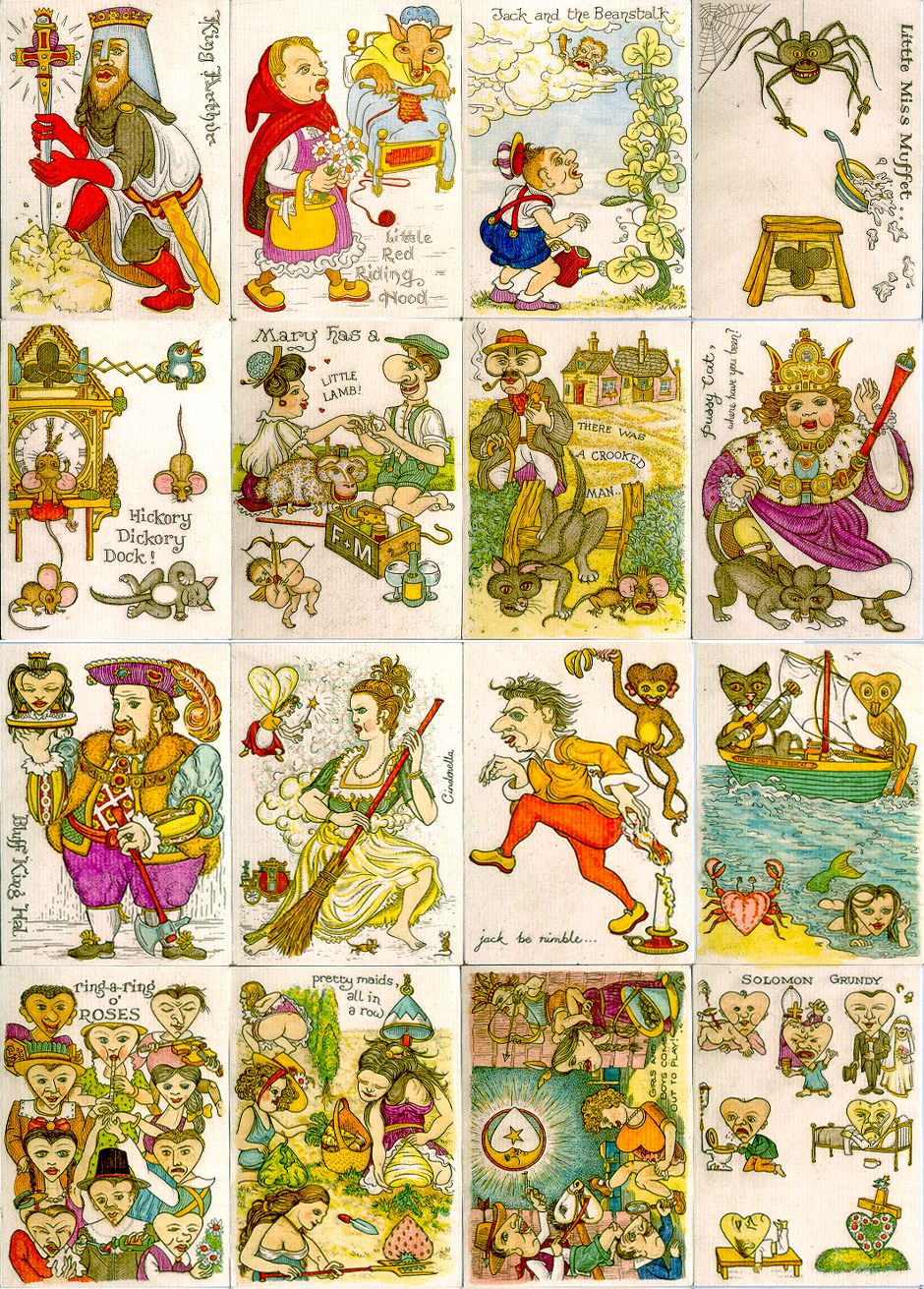