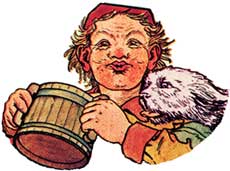 The characters of the court cards are chosen from Shakespeare's plays and are arranged into the four suits as follows: Hearts for the gentler emotions; Diamonds for wealth or greed; Clubs for aggressiveness and strife; Spades for the tragic methods of schemers. The quotation on each card consists of words spoken by the character depicted, and the phrases have been chosen with a view to the temperament and the leading episode of the character; at the same time being applicable to the hopes and fears involved in card-playing. 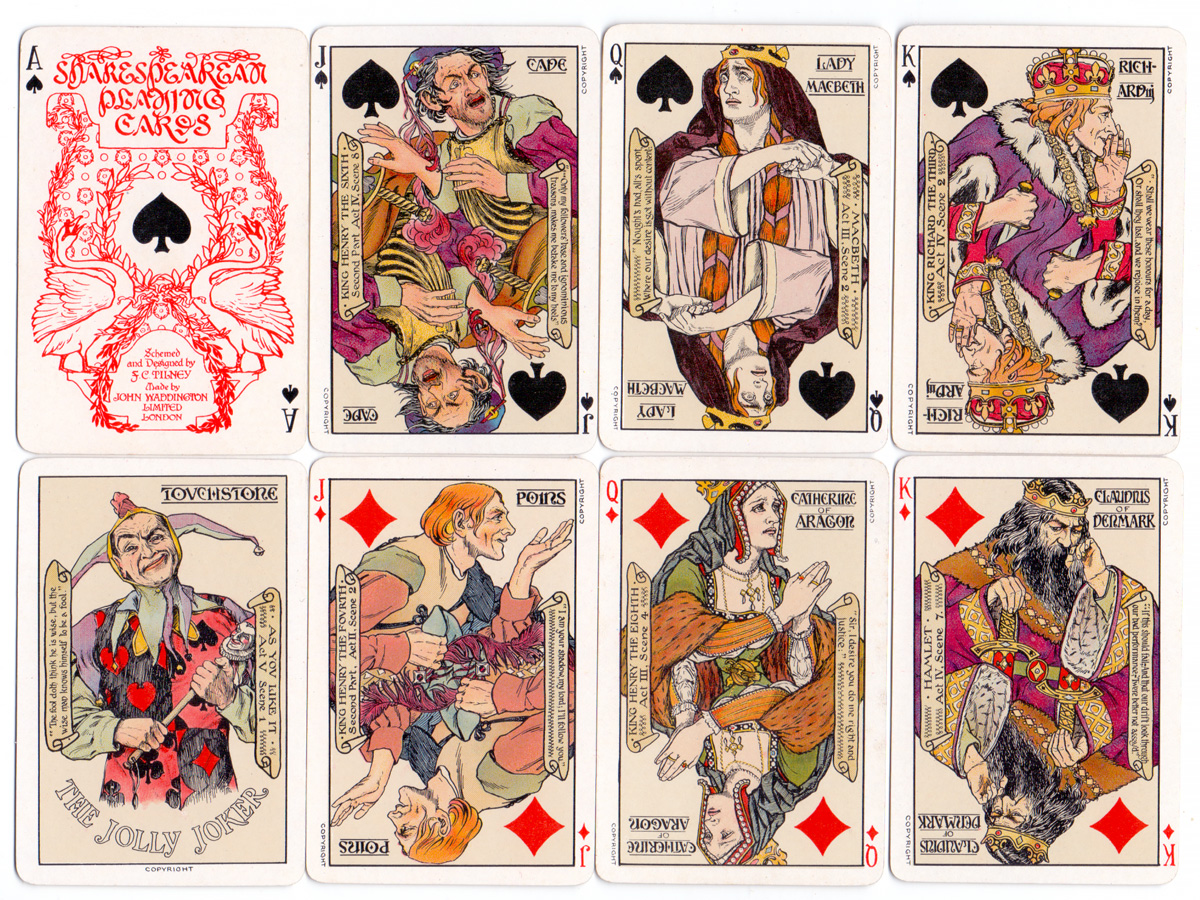 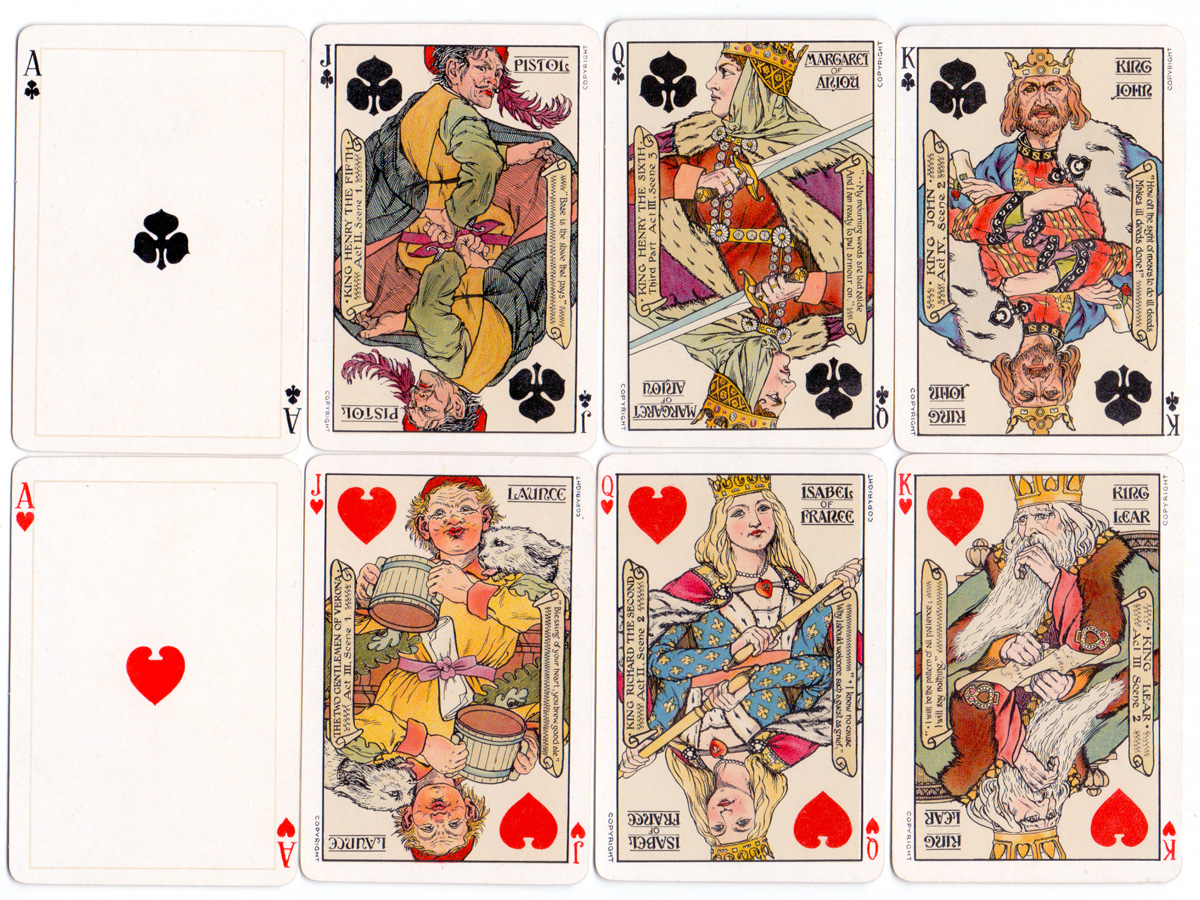 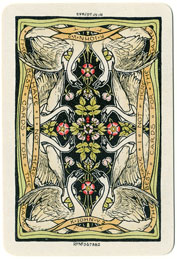 Above: the first edition of Shakespearean playing cards, designed by the author and illustrator Frederick Colin Tilney, made by John Waddington Limited c.1925. The pack includes a Joker card impersonating Touchstone plus an explanatory leaflet. The Ace of Spades bears laurels in the form of a lyre.

Above: a later edition of Tilney's Shakespearean playing cards, published by Waddingtons Playing Card Co. Ltd as a 1978 desk-top calendar with the calendar for one week of the year on the back of each card along with a quotation from one of Shakespeare's plays. 52 cards + 2 jokers.