Playing Cards produced by Goodall & Son in 1864 to celebrate the tri-centenary of Shakespeare's birth. The back features the “Seven Ages of Man” designed by John Leighton (1822-1912). The court cards are ‘unturned‘: six of the court cards have the large suit symbol at the right-hand side. These were later turned so that all the suit symbols lay at the top left-hand side of the court cards, thereby enabling players to fan their cards more easily with all the suit signs visible. 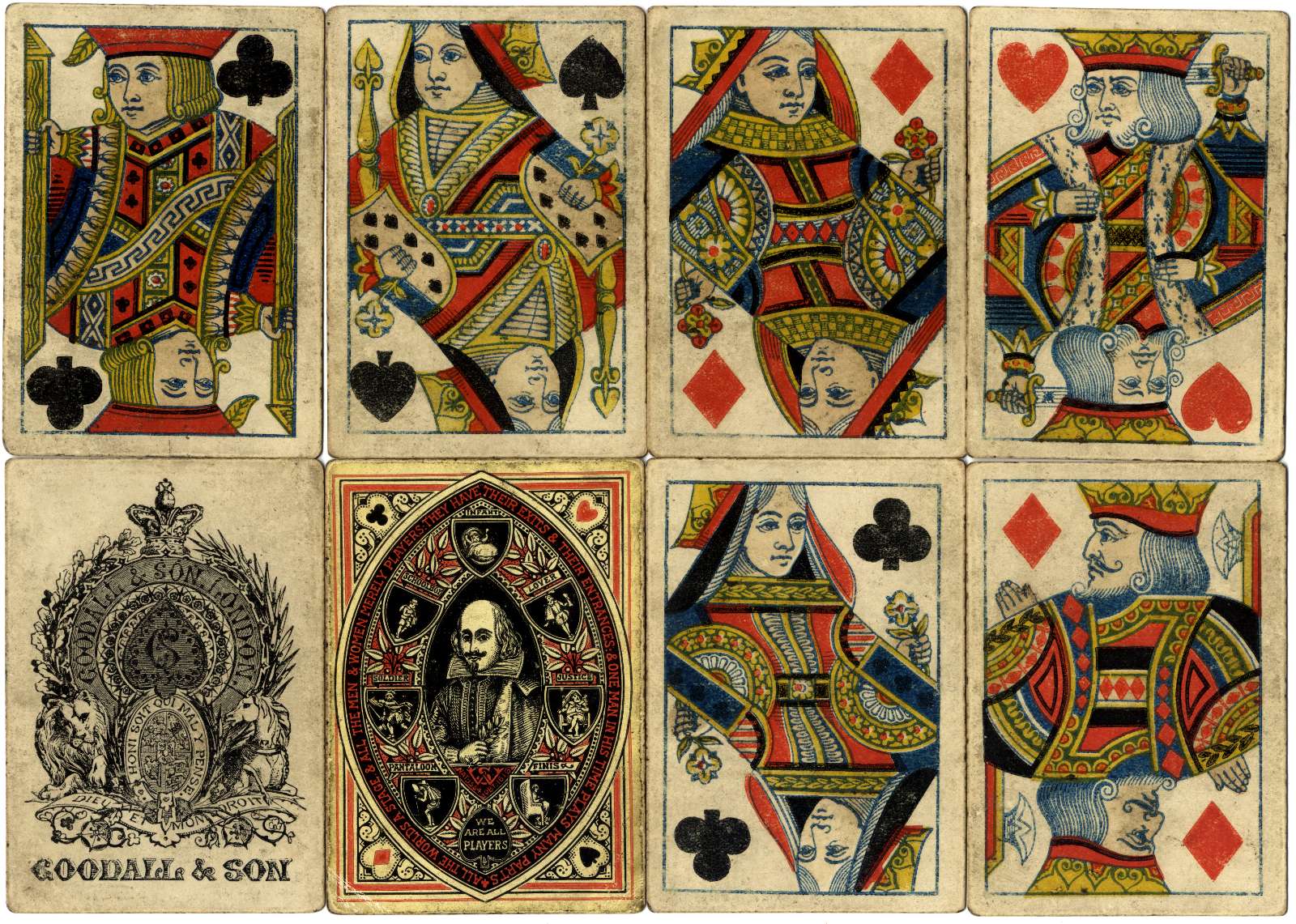 Above: playing cards produced by Goodall & Son in 1864 to celebrate the tri-centenary of Shakespeare's birth. The cards are square-cornered and of the best ‘Mogul’ quality. The Ace of Spades is an early example based on the ‘Old Frizzle’ which had been discontinued in 1862. The pack was reissued in the 1880s and 90s and also in about 1910 with the appropriate current Ace of Spades.