“Funny Families” card game manufactured by Woolley & Co in the late 19th century would bring a cheerful atmosphere to Victorian drawing rooms, especially on a wet day. The set contains 48 amusing caricatures of members of 12 families (Mr, Mrs, Master and Miss) whose surnames are puns on their professions, for example Mr Bobby the Policeman, Mr Chop the Butcher and Mr Jack Tar the Sailor, with the children mimicking their parents’ business. 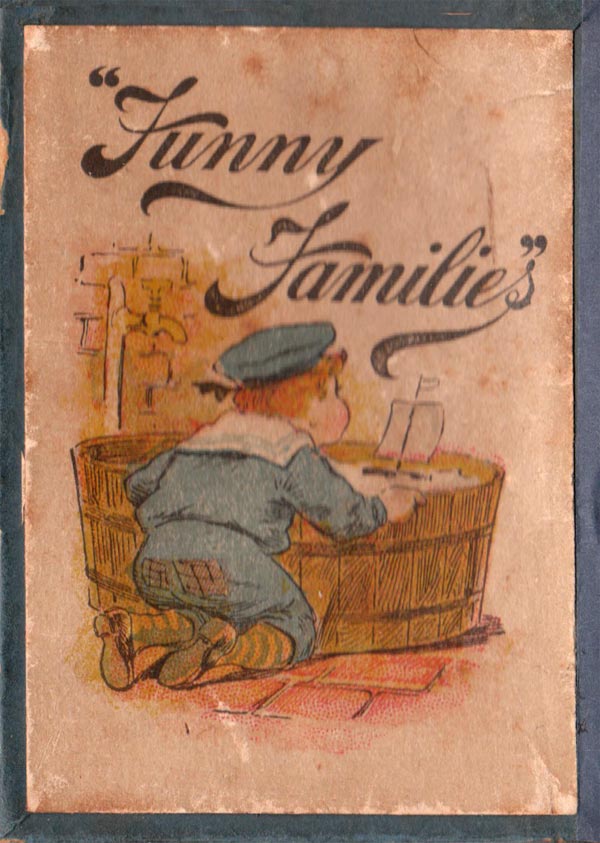 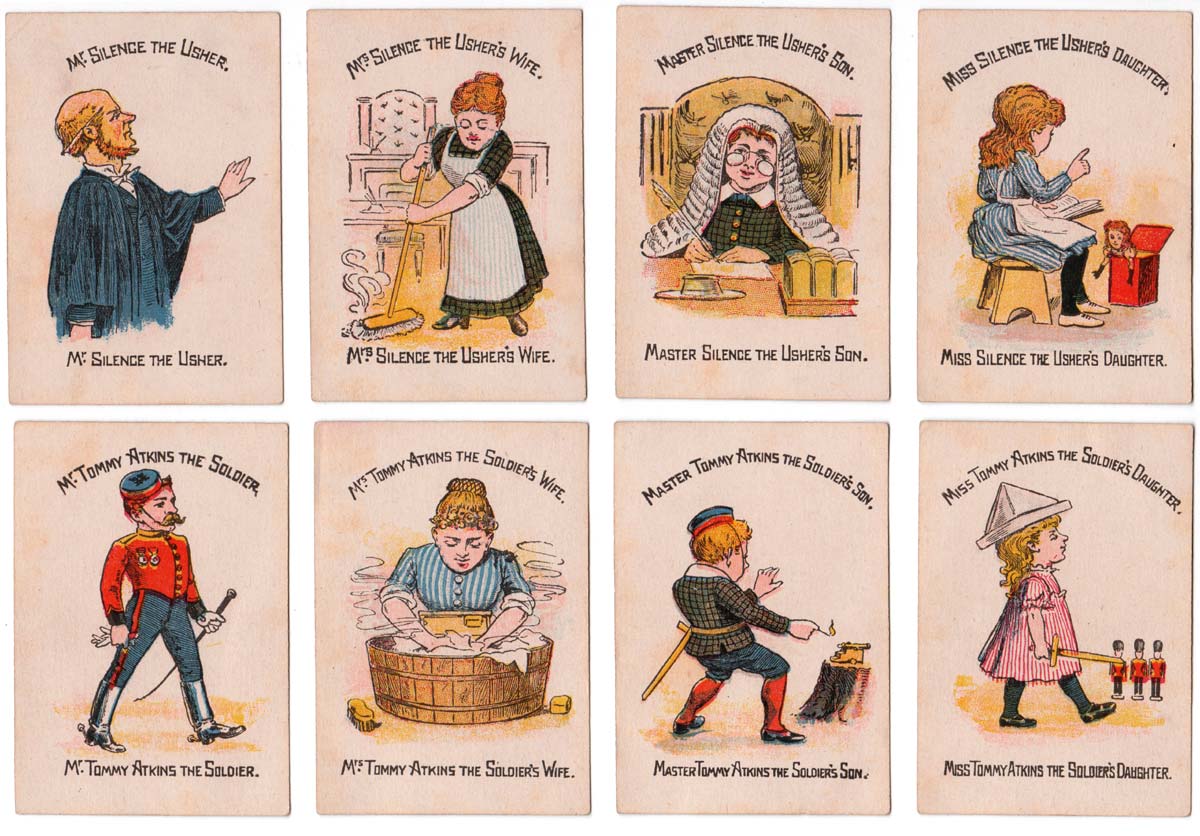 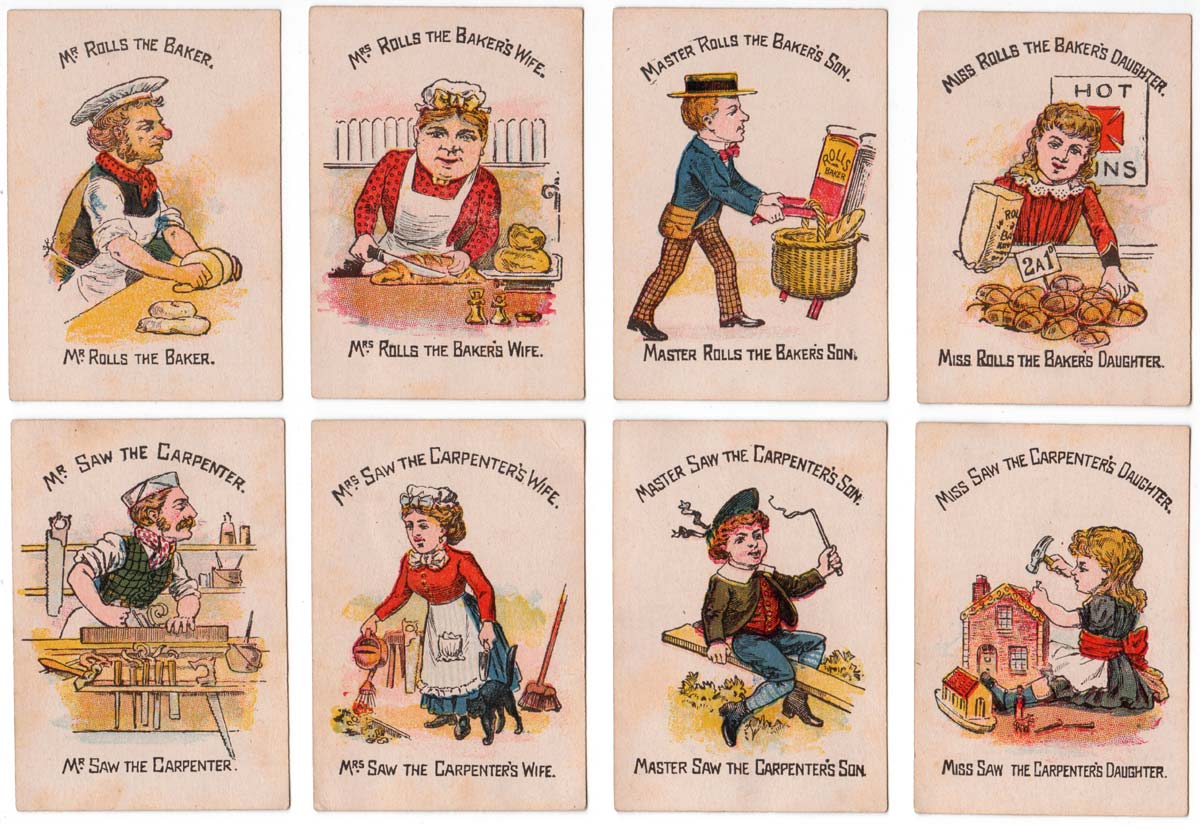 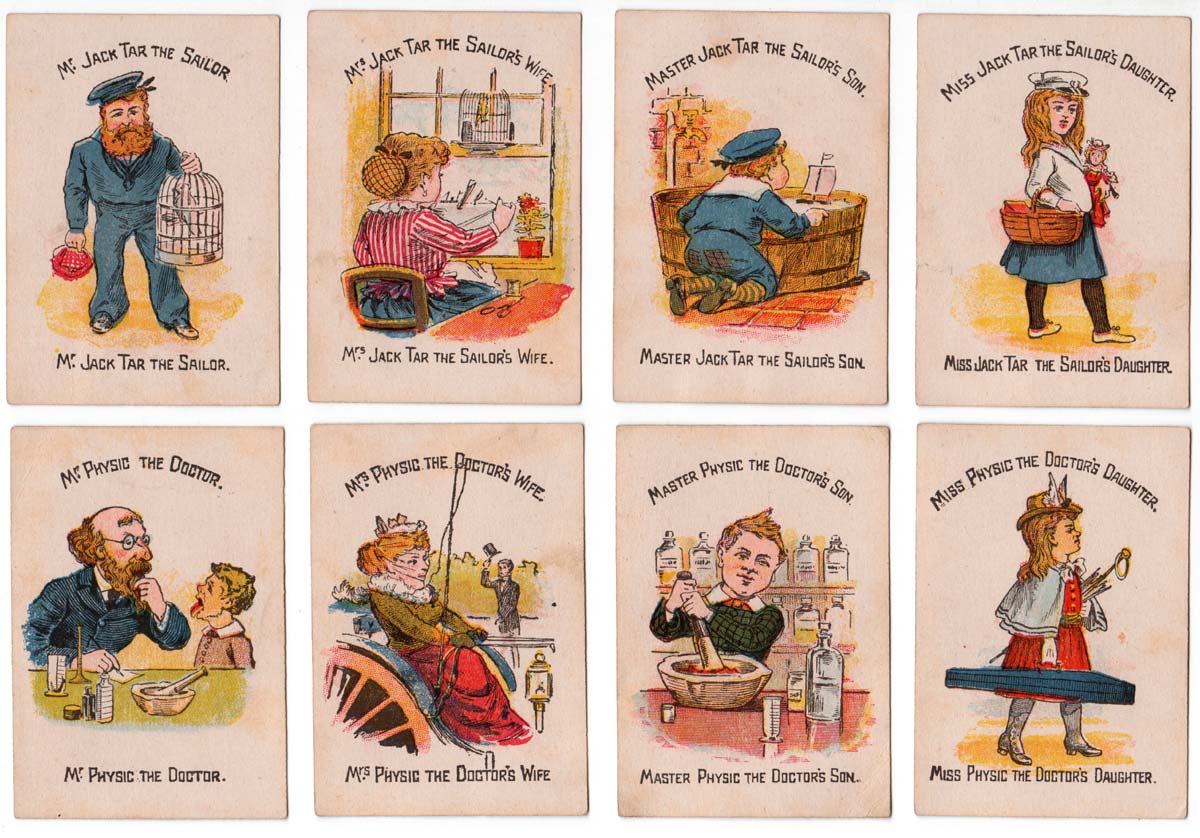 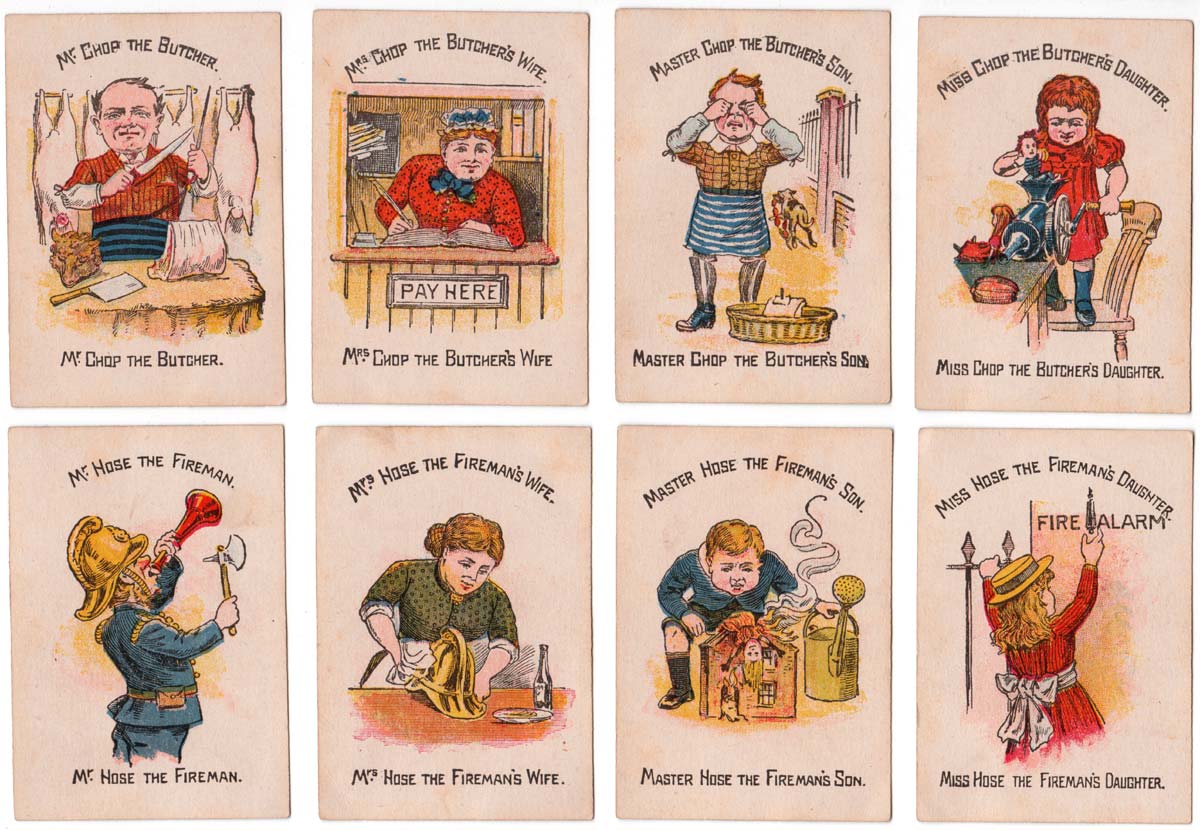 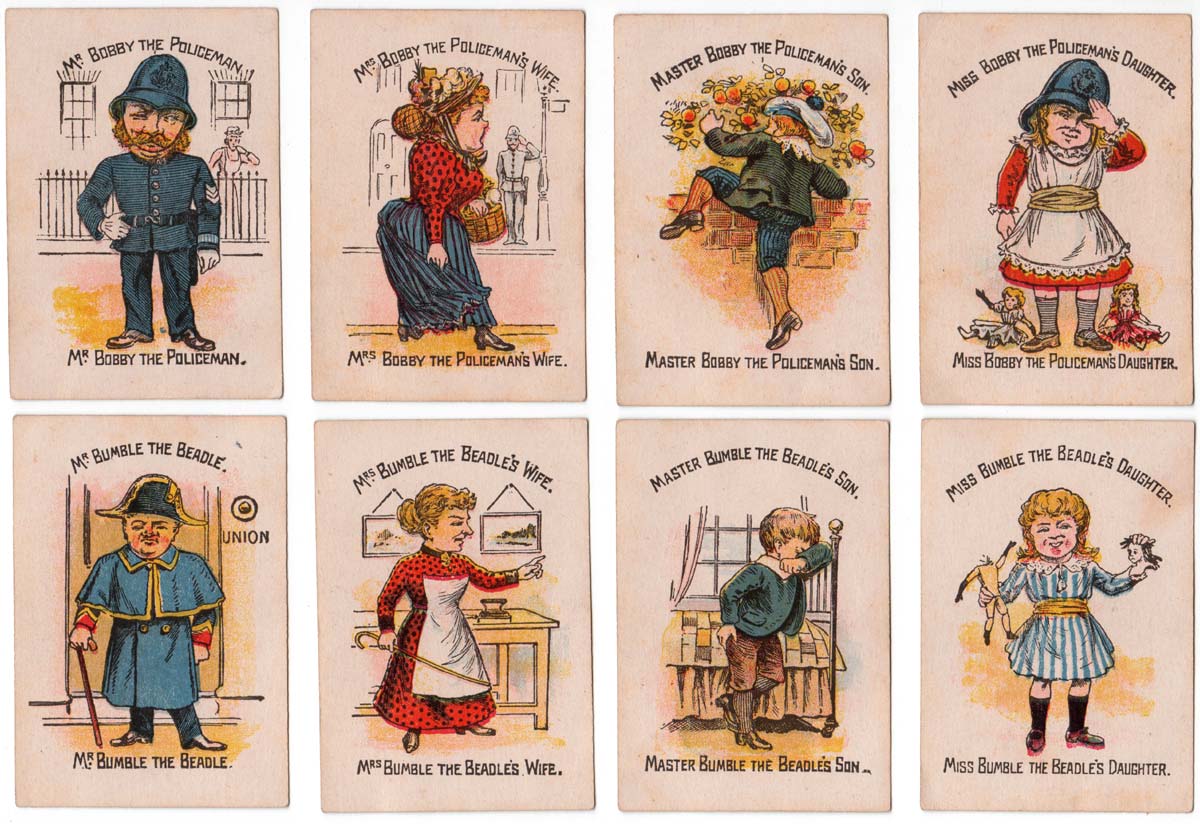 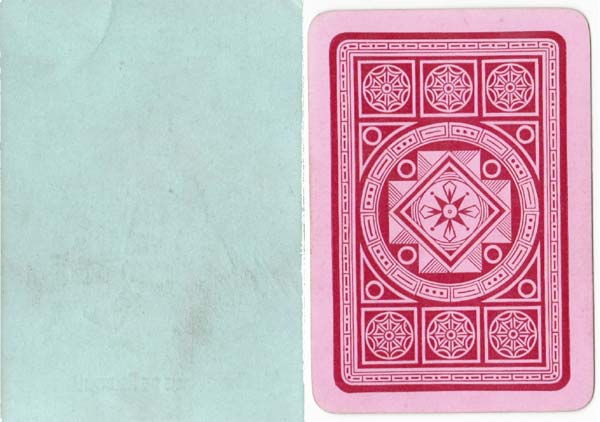