Woolley & Co produced a large number of games in addition to standard playing cards. ‘Cries of London Snap’ was published by Woolley & Co Ltd in c.1905. A favourite parlour game from the Victorian era, with cheerful figures of street vendors, hawkers and news boys. Woolley & Co's card games were taken over by Roberts Brothers Ltd (the Glevum series) in 1905 when Woolley ceased production. Roberts Brothers were in turn taken over by Chad Valley in 1954. 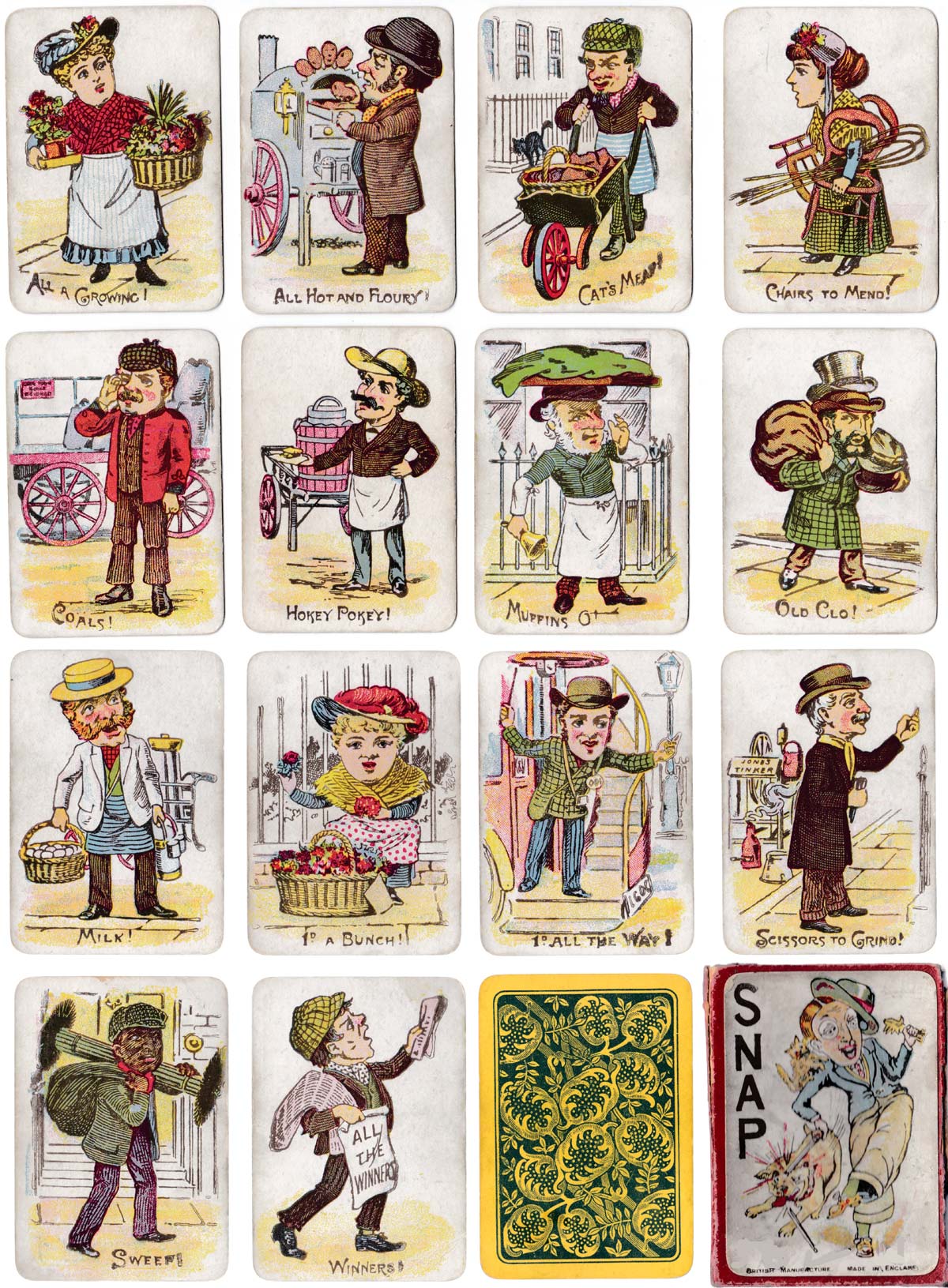 Modern re-print published by Russimco (cards made in China), 2008 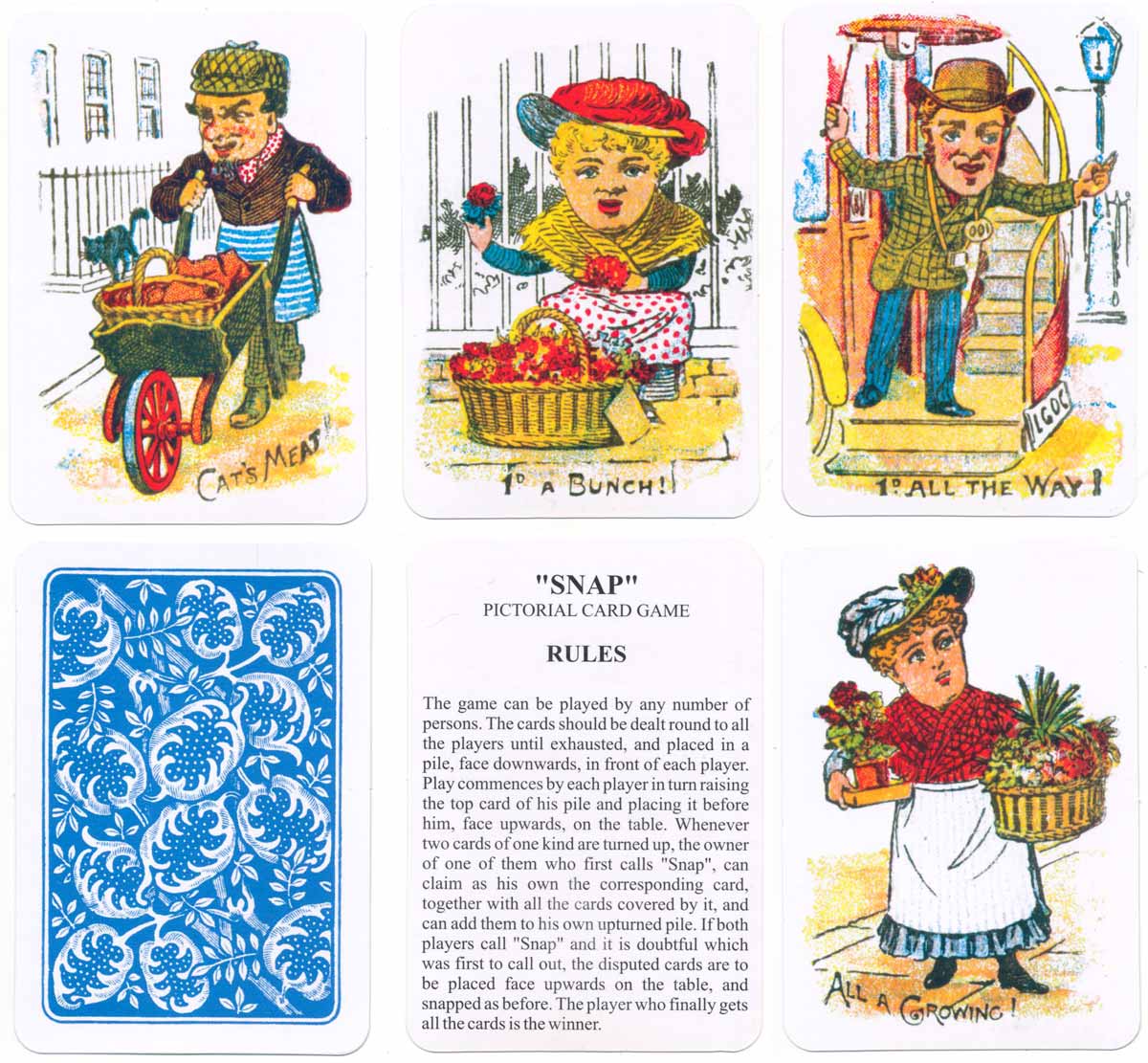