Belgian manufacturers exported playing cards worldwide, including to The Netherlands. Most of them produced their versions of a ‘Dutch’ pattern, usually accompanied by scenic aces depicting views from different Dutch cities and towns. This example of a ‘Modern Netherlands’ or Dutch pattern deck advertising Genever Giraf was made by Van Genechten in the 1950s. This version of the pattern is considered as the typical Dutch pattern. The four Dutch scenic aces can be coloured or black/white only. 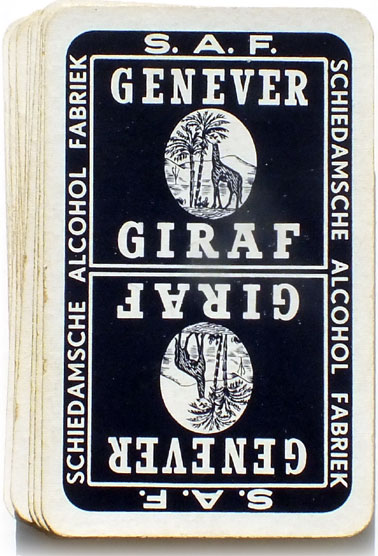 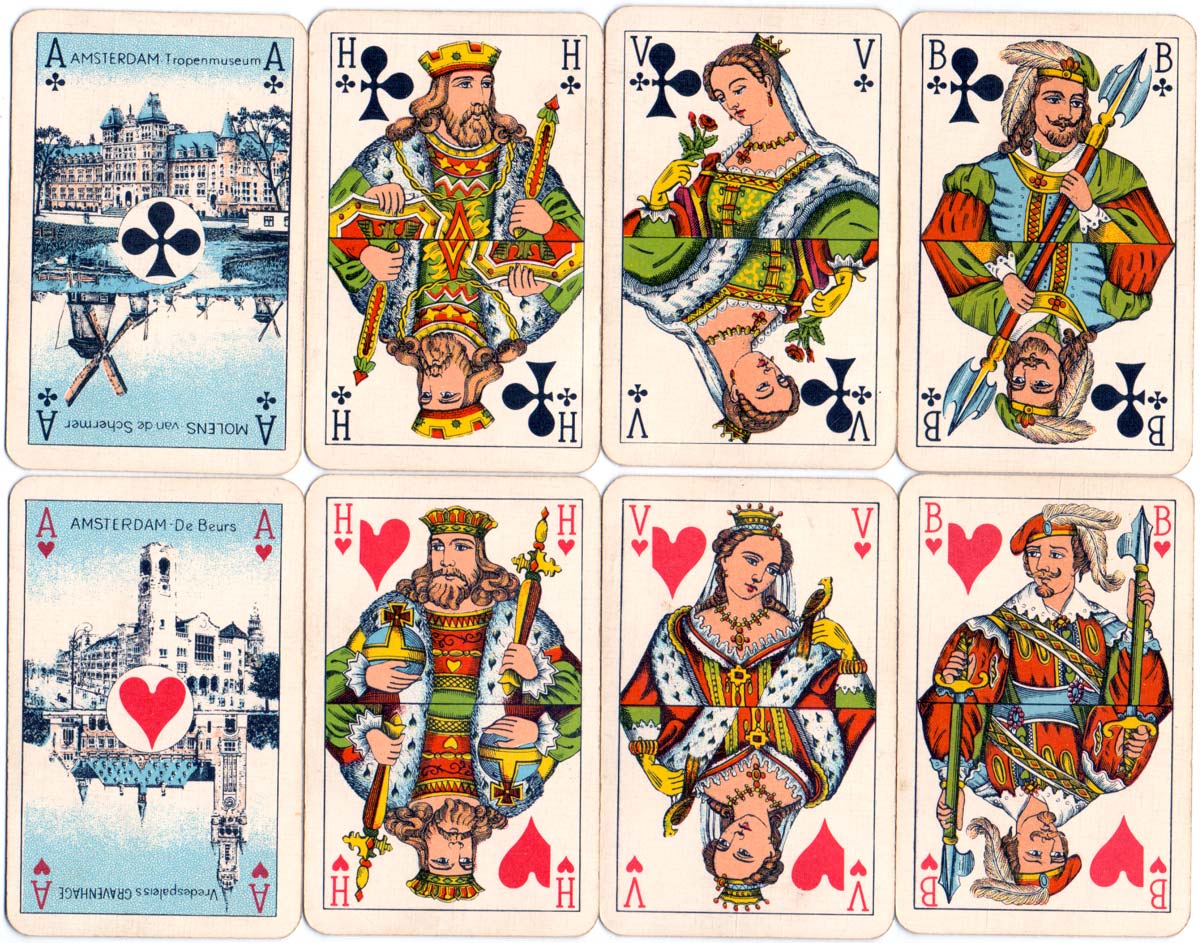 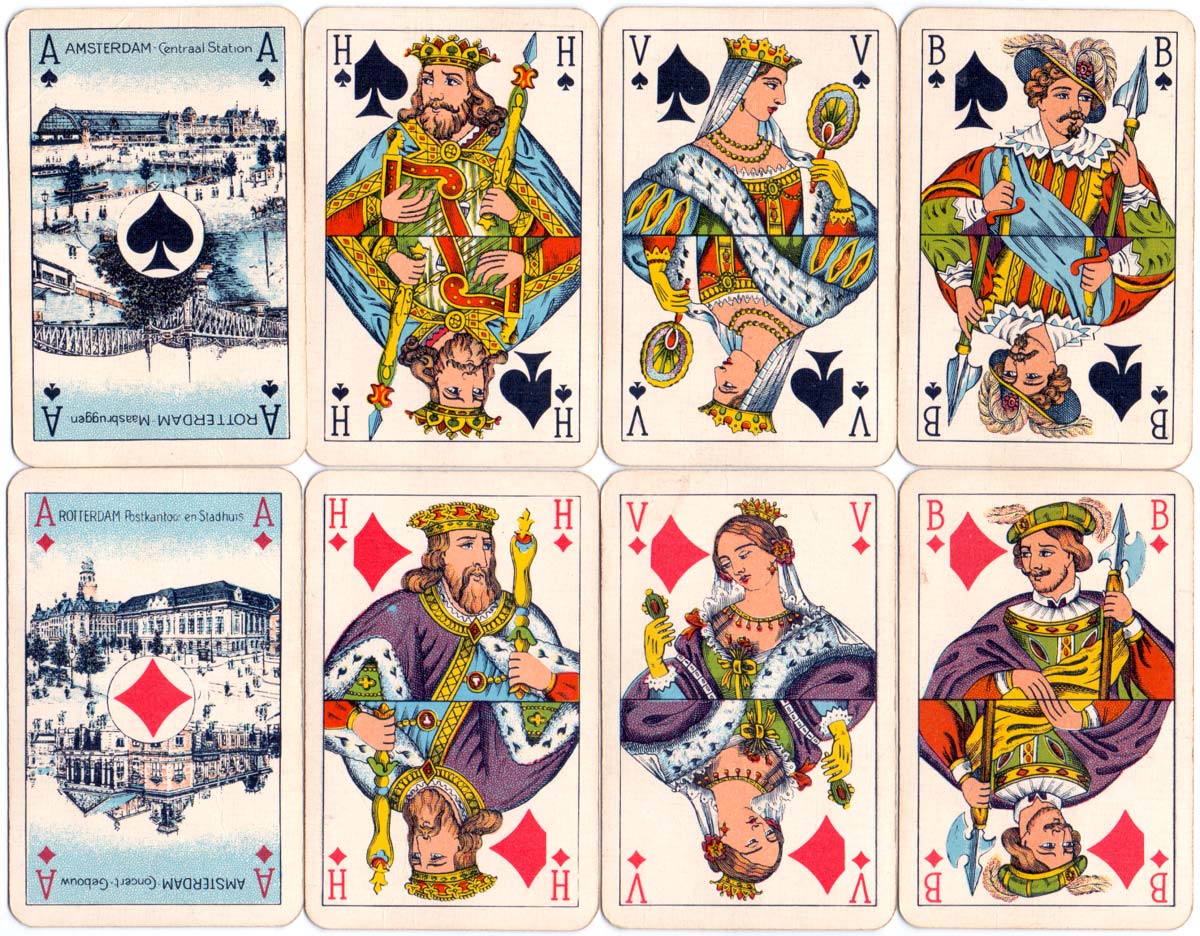 Above: Dutch pattern advertising deck for Genever Giraf made by Van Genechten in the 1950s.