Antoon Van Genechten ran a flourishing business, supplying various kinds of cards both inside the country and abroad including England, Spain, France, Denmark, South-East Asia (Thailand, Java, the Celebes), India, China and Japan. Van Genechten supplied prayerbooks (even in Spanish) and also paper to Mexico. The company's sales and production facilities were finally merged, along with Brepols and Biermans, into the newly formed company Carta Mundi in 1970.

Above: "Cartes Royales", 1880. These cards belong to the most expensive category, that of the "romantic" cards. Their elegant finish made for easy sales abroad. Aces were added with scenes relevant for the destination country.

The firm of A. Van Genechten was determined to conquer the overseas markets, so their products had to be of a high quality. A price list from the 1850s states that Van Genechten was the sole owner of the Belgian patent for exports of cards with rounded corners, stiffened or metallised in gold and silver. In 1868 Van Genechten had been granted an official licence to print playing cards with Chinese and Japanese paintings. On the death of Antoon Van Genechten in 1874 his son-in-law Jan de Somer took over running the business. In 1882 the Van Genechten company won a medal for their "papers and playing cards" at the London Exhibition. In 1885 at the World Exhibition in Antwerp the company won a diploma of honour, a gold medal and a silver medal for its products. In 1909, three years before De Somer himself died, the firm was made into a limited company.

Above: the "Four Emperors" pack, 1880, also known as the "Crimean War", in which the Courts represent the monarchs involved in that disastrous campaign, while the Aces evoke various episodes of the war. Here we see the 'Entry into Sebastopol' and the 'Koughil affair'.

The first trademark registered by Van Genechten was the bust of the "Great Moghul" (23 August 1881) followed by an Ace of Spades with the initials A.V.G. and the words "Sole Agent Koerber, London". Then a "postilion mounted on a trotting horse passing through a gate, in his hand a playing card surrounded by a garland" was registered on 10 April 1883. This card was called a Joker, in a pack destined for export to Canada, and was engraved by Baddeley Bros of London. In 1888 this was followed by the Sailor and the Skater, both designed by Houssiaux of Brussels. Van Genechten had problems with imitations of his trademarks being produced by competitors and legal disputes sometimes arose. A number of trademarks were registered in the countries for which they were destined. In 1908 another Brussels engraver named Becker designed a Joker with a long face, holding a balloon in his right hand. 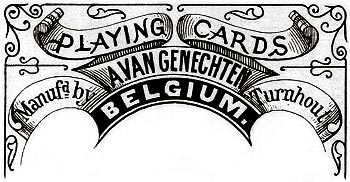 Above: Sport No.31 playing cards artwork. 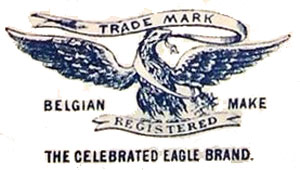 Above: "Cartes Suisses", 1880-1910. The Queens bear the names of goddesses whilst the Aces represent Swiss scenery. The Turnhout factories turned out a great many of these packs. 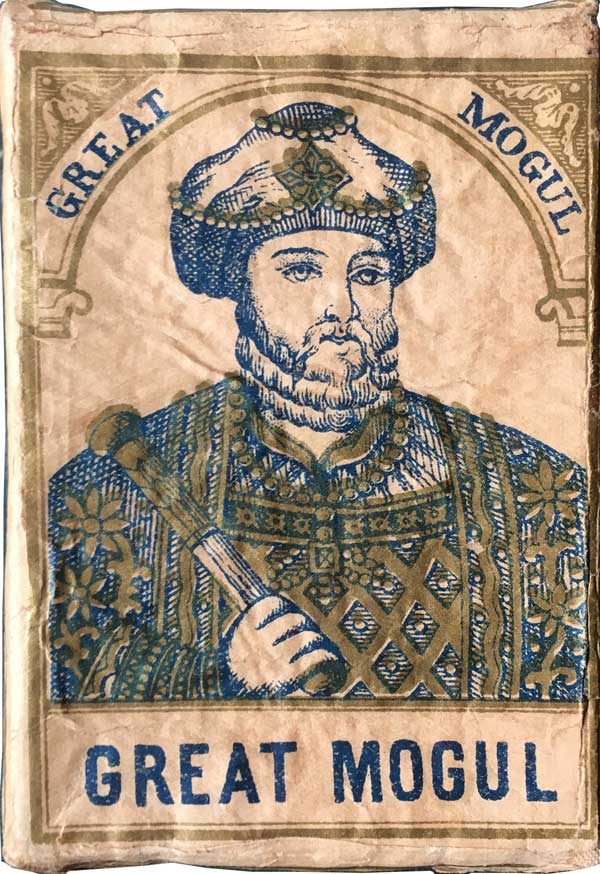 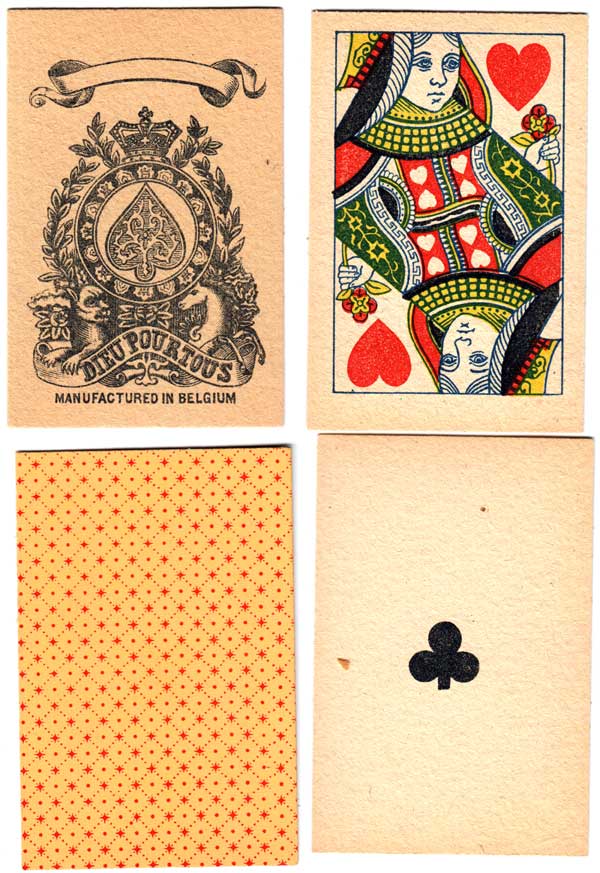 Above: Great mogul wrapper and cards, c.1925. The ribbon on the ace of spades is blank, possibly because he was manufacturing for a third party or an agent. The quality of card is often of low grade in these packs which are often misdated because they look old, but in fact they were made for export to India as temple offerings not for play. Images courtesy Hugh Grenville Morris.

Above: "Cartes Hollandaises", 1887. These cards are the typical designs intended for the Dutch market. The Aces feature views of Holland.

In October 1912 a fire broke out in the factory. A newspaper report gives a good description of the premises. The building was 70 metres long. On the ground floor were 50 glazing machines; marbled paper was produced here as well. The first floor was a stockroom, but machines had been set up here too: two sizing machines, three calenders and two trimmers. The pasteboard room was at the top floor. The fire started in the machine room in the rear wing of the building, and caused damage estimated at over a quarter of a million francs, but luckily the firm had insurance cover.

Above: "Naipes", 1877. The Turnhout cardmakers exported vast quantities of Spanish-suited cards to Spain and South America. This example by Van Genechten is certainly among the finest in the category. See also: Escalada y Vidiella (Montevideo) 1860.

In 1937 the firm's centenary was celebrated. By then the workshops covered a total area of 20,000 sq. metres, and employed about 400 workers. English, French, Spanish and Chinese playing cards of all grades, both for the domestic market and for export, as well as advertising packs, were produced. In 1968 Etablissements Antoine Van Genechten took over Mesmaekers and in 1970 the Dutch firm Speelkaartenfabriek Nederland (Amsterdam). 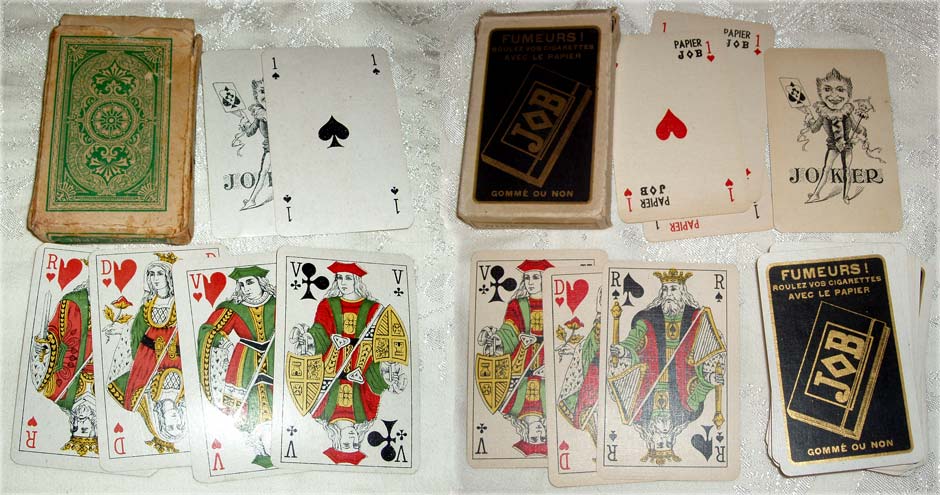