The Space Puzzles Game was published by Gametoy Development Co., Inc, Orlando, FL, 1991. Players learn about space exploration by completing puzzles or by making a planetary voyage. Actual photographs or original artist's drawings of vehicles from the space program are used. Subjects illustrated in the six puzzles are: the proposed U.S. Space Station, the Space Shuttle, the X-30 National Aero-Space Plane, the Hubble Telescope, the Galileo and Cassini Orbiters, the Orbital Transfer Vehicles and other space equipment. The game also depicts the nine planets of the solar system. 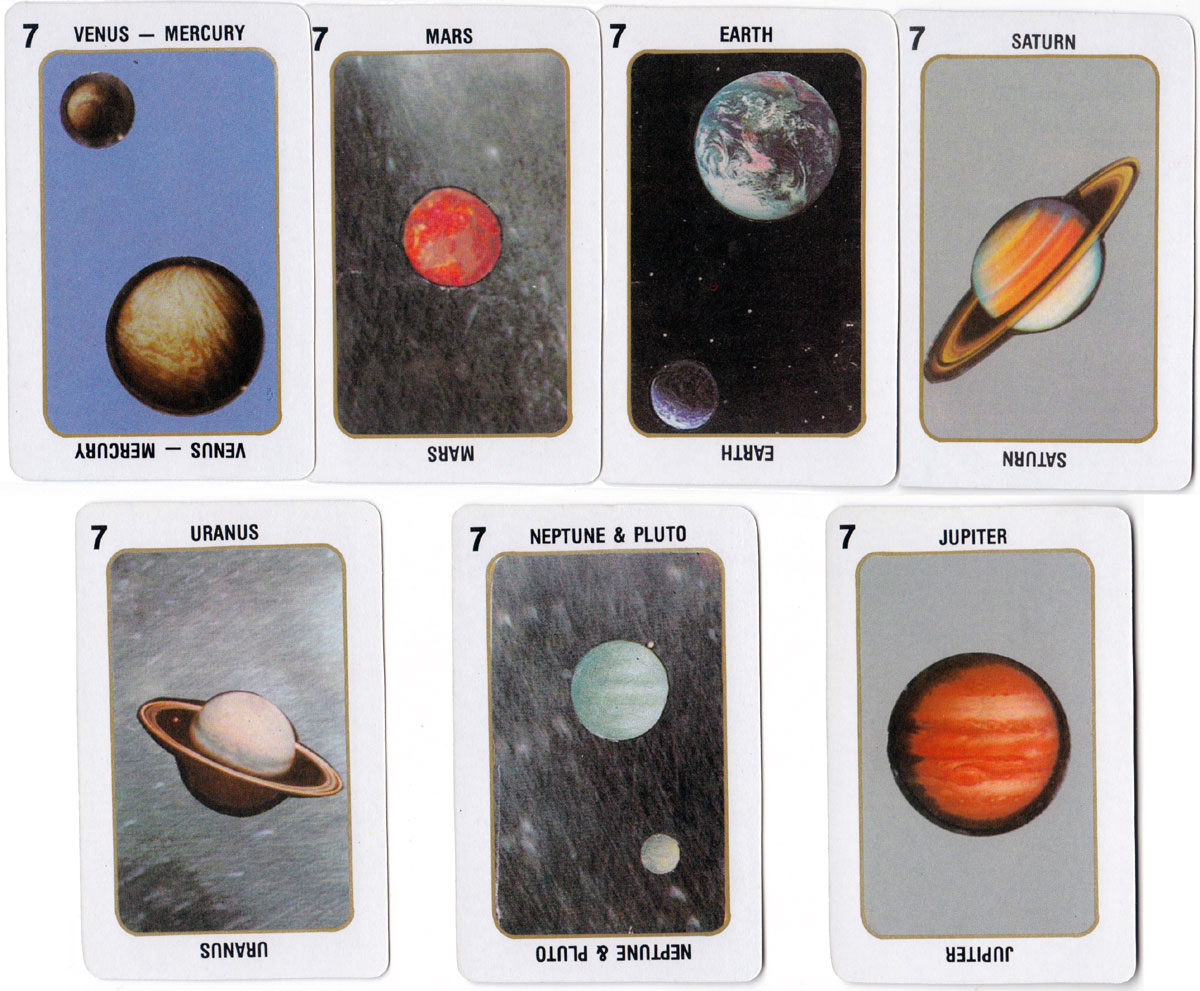 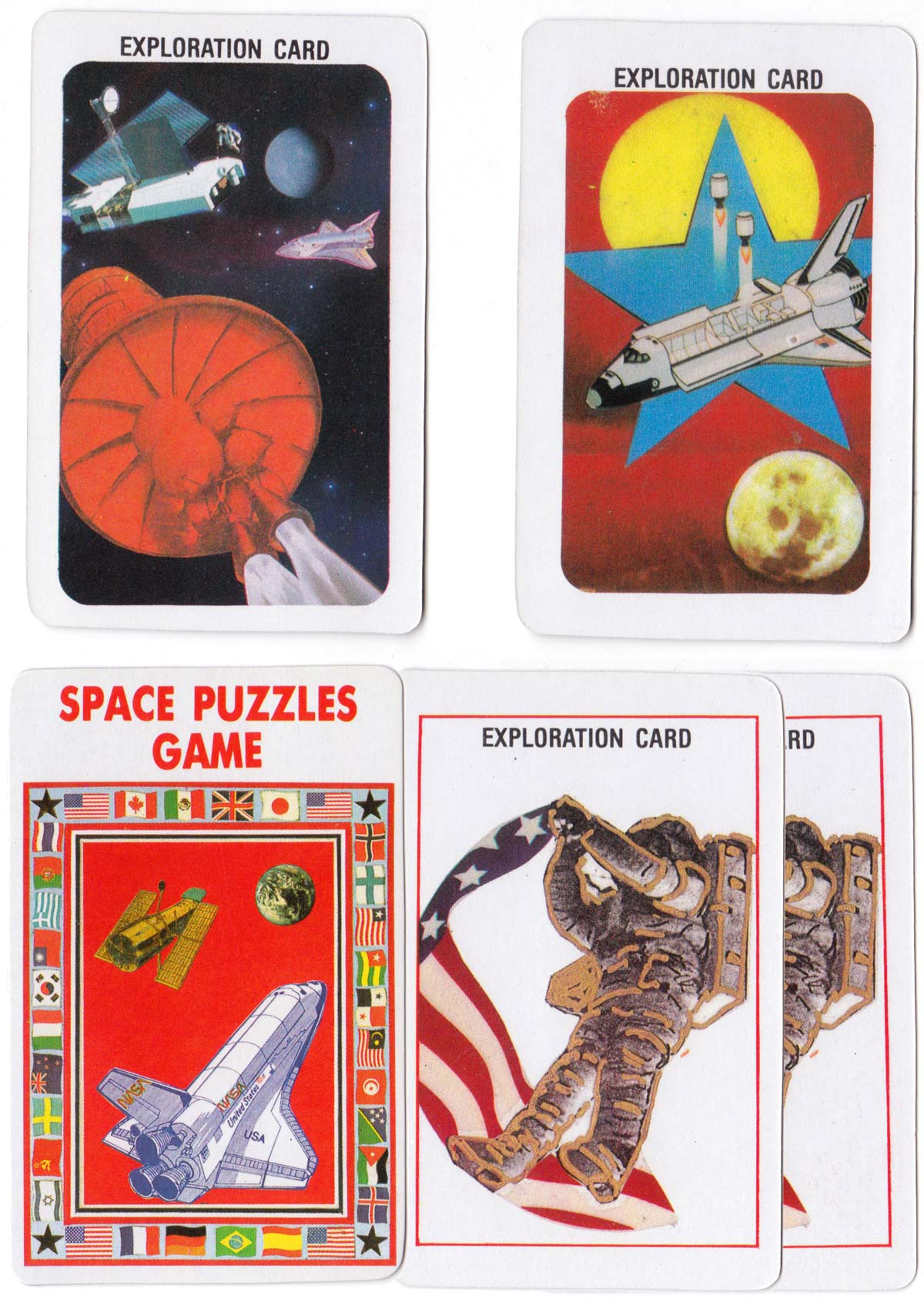 Above: The Space Puzzles Game published by Gametoy Development Co., Inc, Orlando, FL, 1991. 53 cards. Photographs and drawings on the cards are from the National Aeronautics and Space Administration (NASA) or other individual defense manufacturing companies involved in the construction of the first U.S. Space Station.