In 1920 it absorbed the game production of McLoughlin Brothers, formerly the largest game manufacturer in the United States and in 1987 it purchased Selchow and Righter, makers of Parcheesi and Scrabble. Milton Bradley was taken over by Hasbro, Inc., in 1984. Now wholly owned by Hasbro, it is still retained as one of Hasbro’s brands  more → 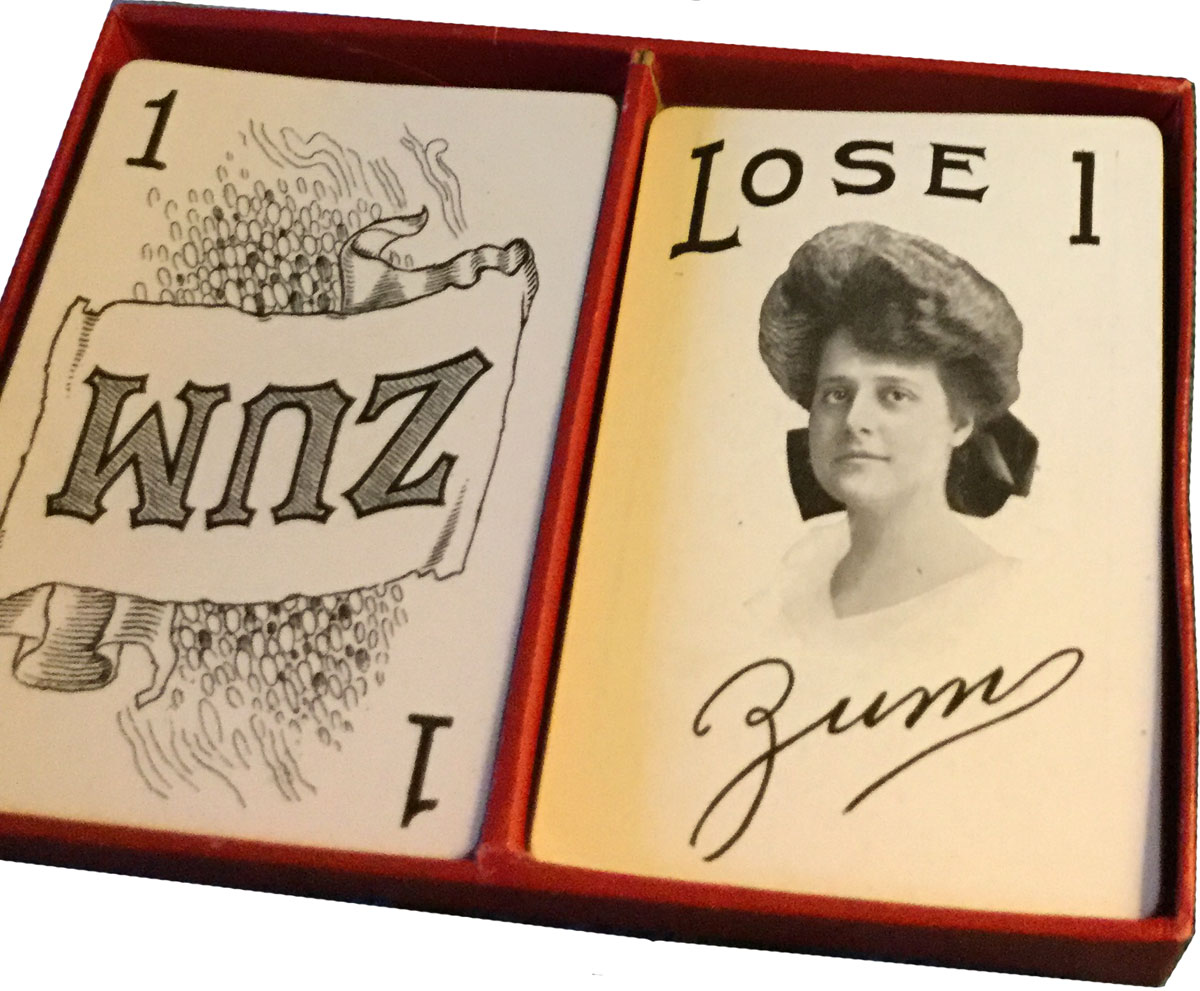 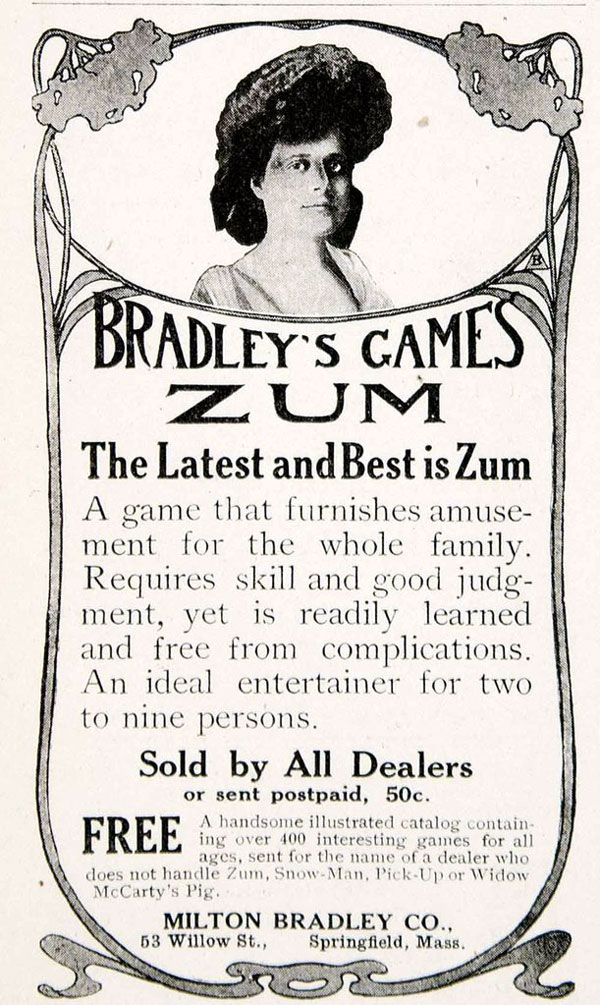 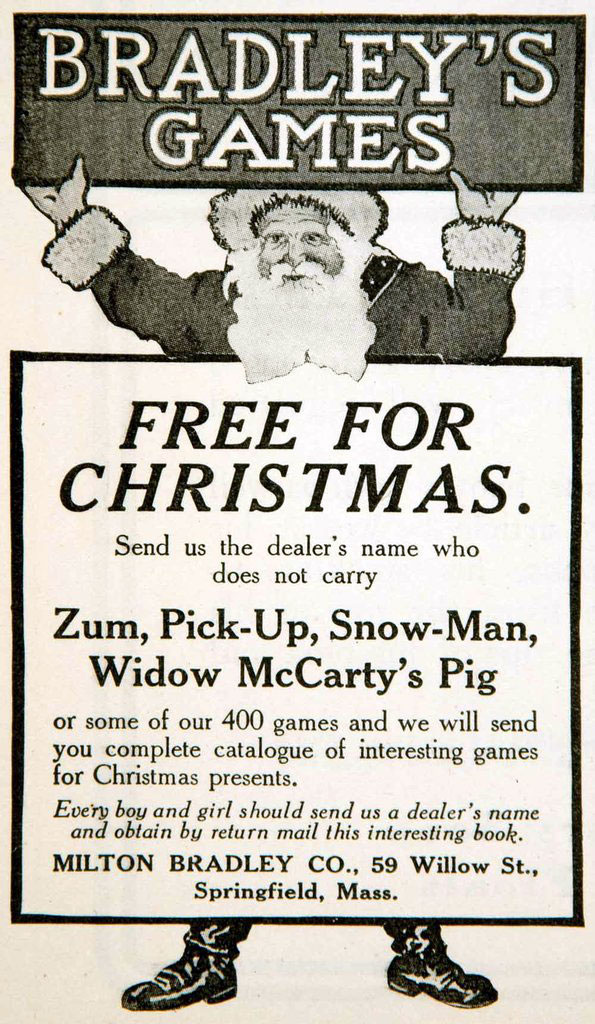 Above: apart from Zum the adverts also list Pick-Up, Snow-Man and Widow McCarty’s Pig in their range of 400 games. 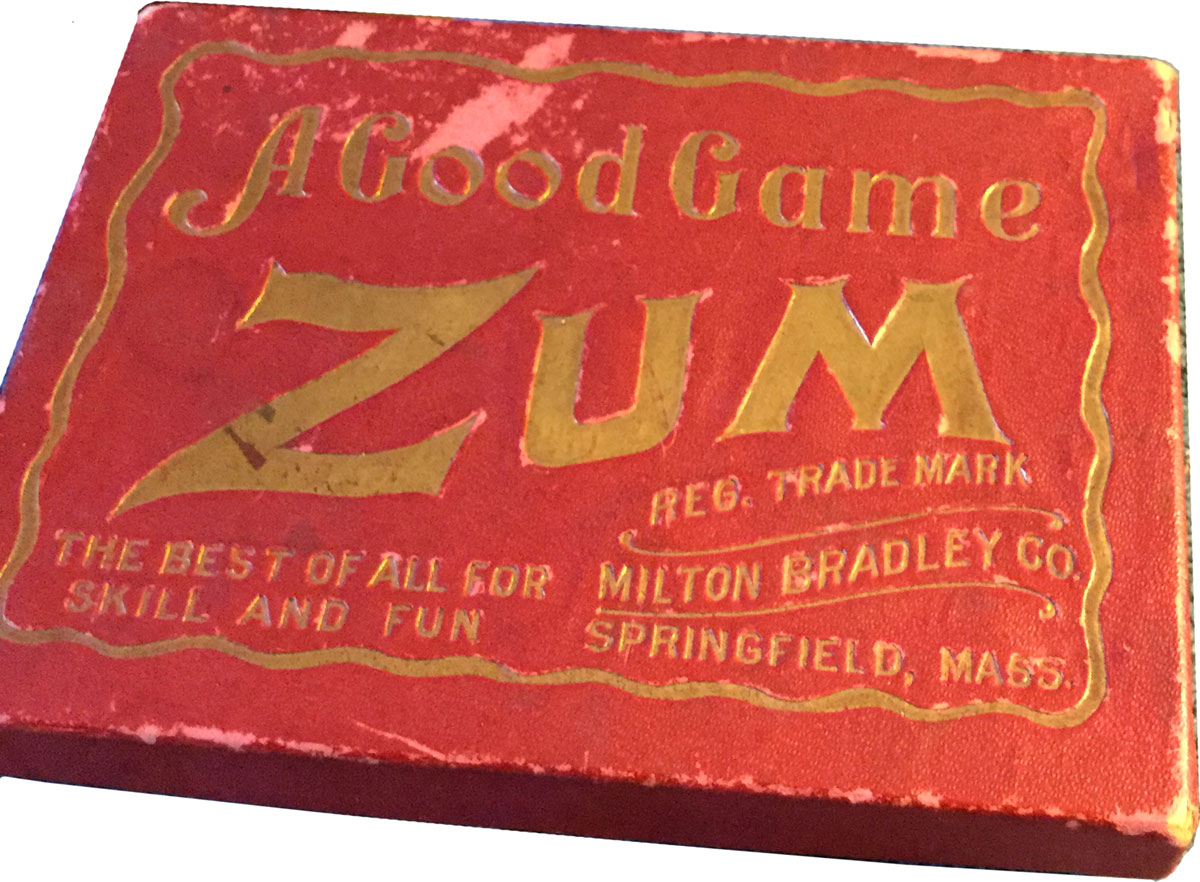 Above: box from Zum card game published by Milton Bradley Co., c.1905. The game has 48 cards numbered 1 to 48, plus twelve cards with “Zum” girl and one “chance it” card. Images courtesy Darlene Zerhusen and Rex Pitts. 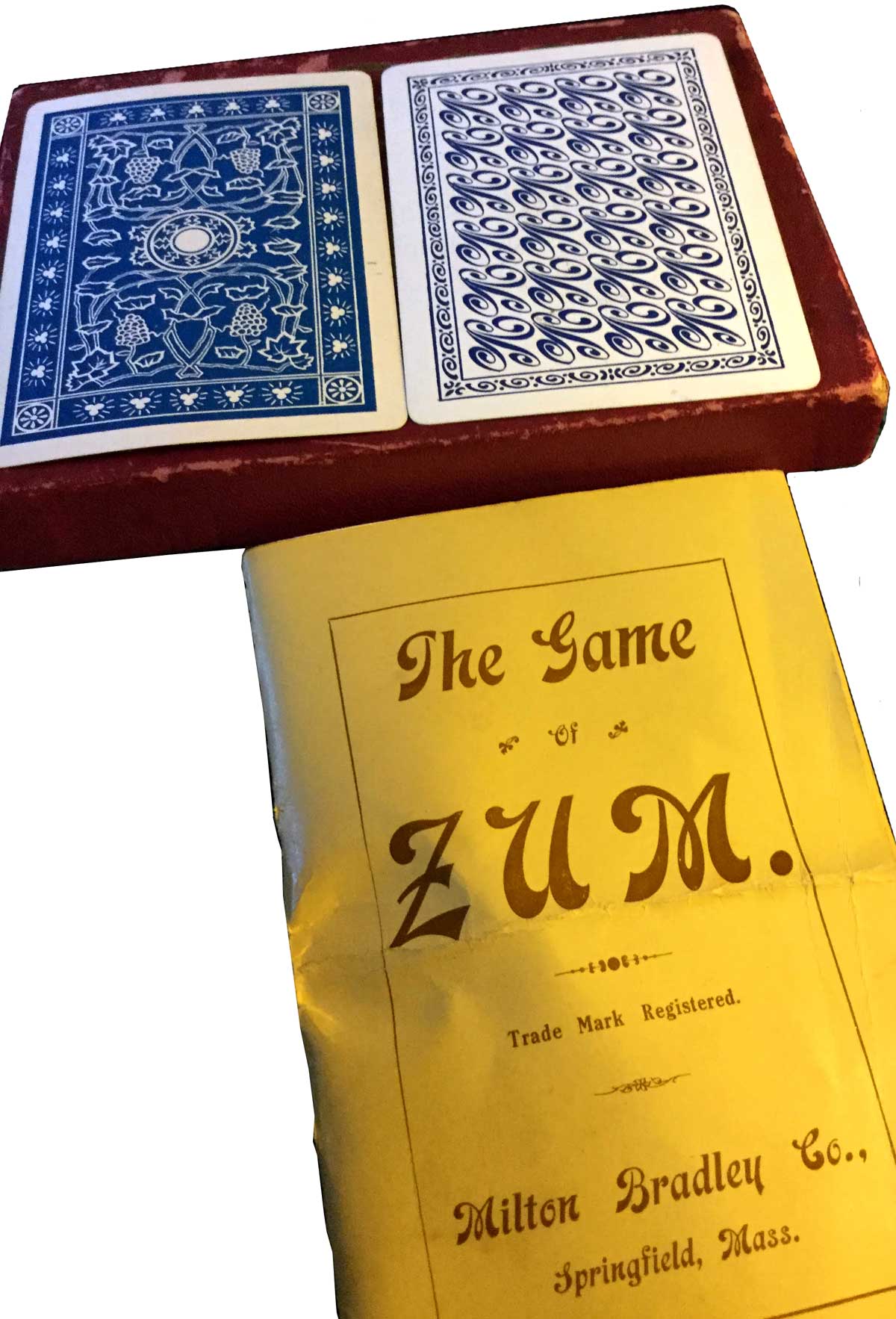