Lincard was invented by John William Wolf and patented in 1937. The game consists of a custom 49-card deck and the object is to play cards so that they link to other cards of the same suit, as shown in the photos below. Cards contain miniature representations of standard English playing cards along with extra graphics relating to the way this game is played. 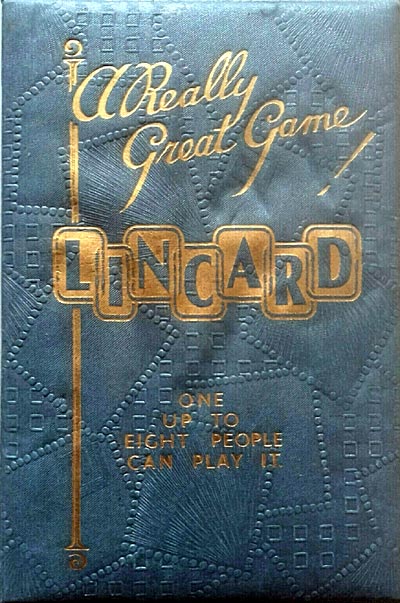 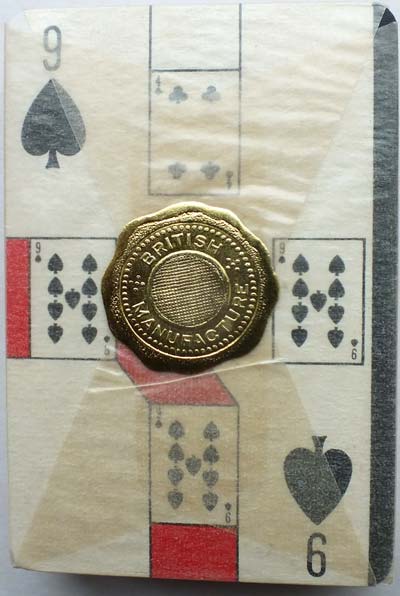 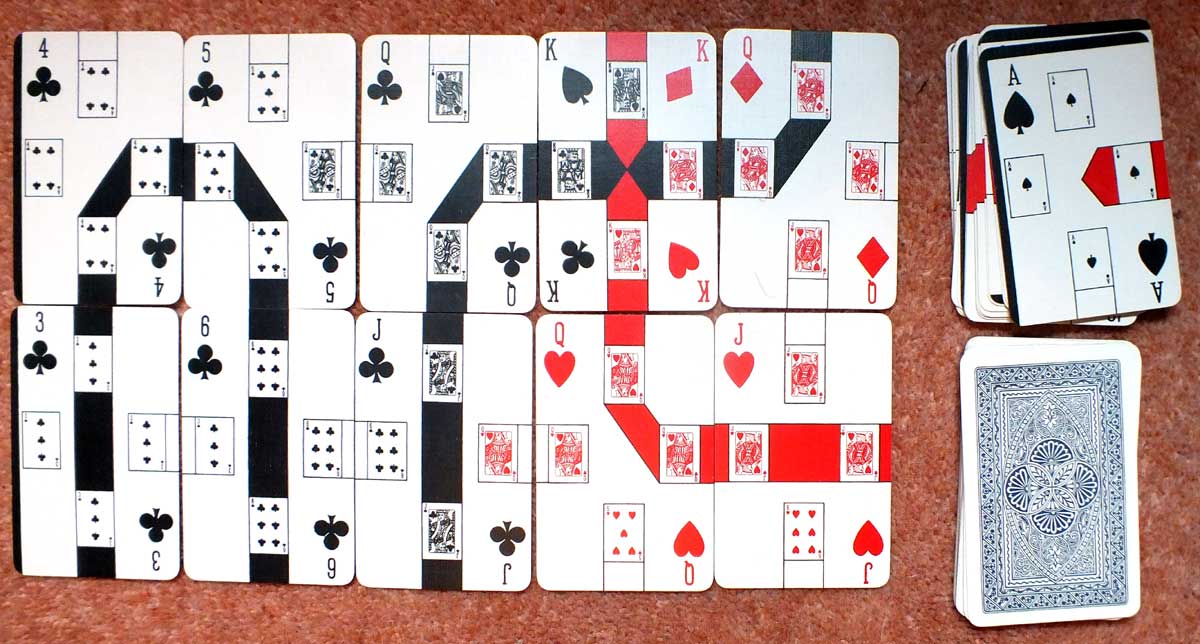 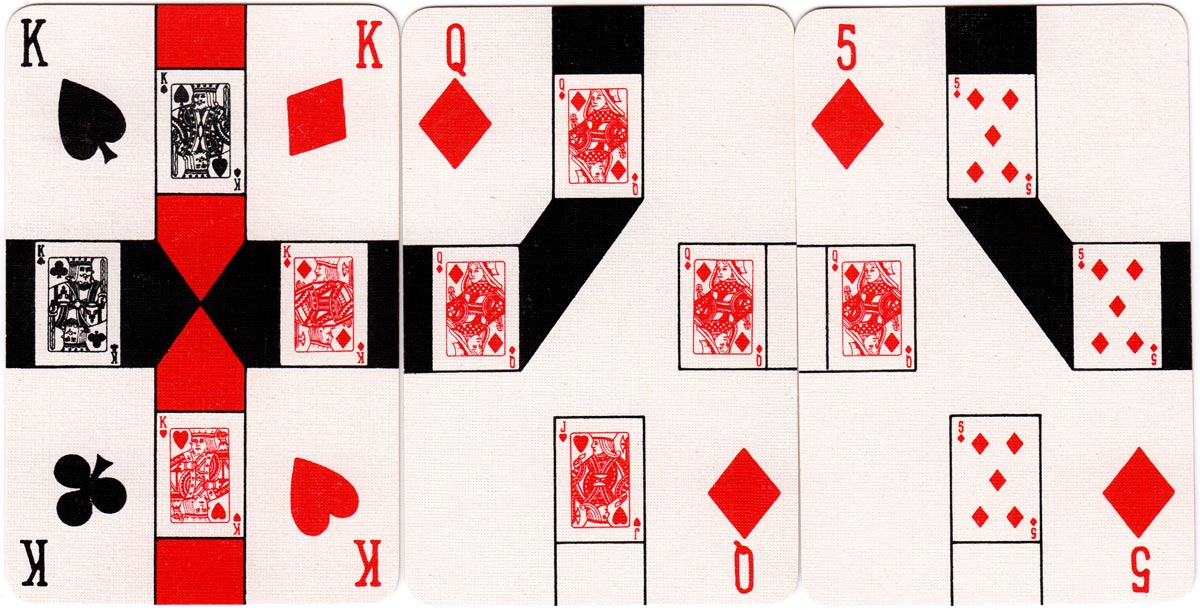 Above: “Lincard” card game invented by John William Wolf and patented in 1937. 49 cards in padded box + rules. There are no jokers. The cards were manufactured by the Universal Playing Card Co., Leeds and one of their standard back designs has been used in this pack. Seeing that there are so many tax wrapped specimens on ebay, surplus stocks may have been dumped somewhere owing to the advent of the war.