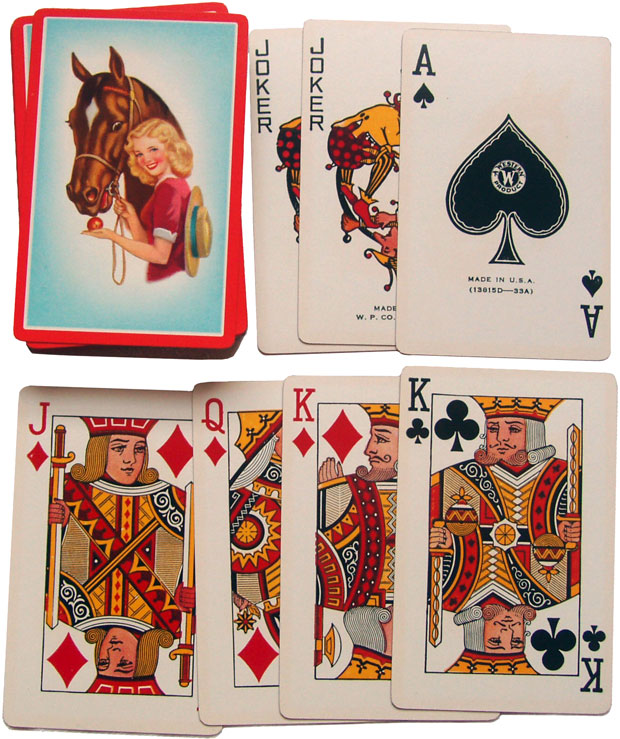 Above: cards from deck of No.149 Champions standard playing cards, with gold edges and pictorial back design, produced by Western Playing Card Co., c.1930s.

The Western Playing Card Company was formed in 1927. The exact history and origins are not clear. Following some kind of merger or change of name on the part of the M.B. Sheffer Card Co (1924-26), brands belonging to several former playing card manufacturers (possibly including The Western Press) were now produced by Western P.C.C. The double-ended Joker, for example, had formerly been used by Midland Playing Card Co., Chicago. Many pictorial back designs were issued, which were usually unnamed, in several popular categories of art which may appeal to the single card collector.

Whitman Publishing Co was formed in 1916 as a subsidiary of Western Printing & Lithographing Company of Racine, Wisconsin. Whitman specialised in children’s books, puzzles and board games until the 1970s, and also became a leading numismatic publisher. 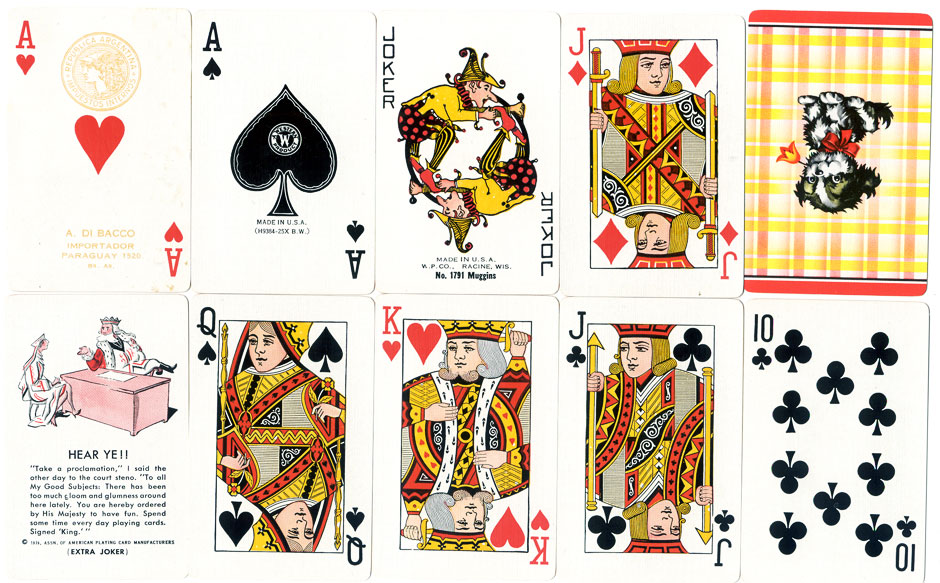 Above: cards from standard deck with gold edges and cute 'Puppy' back design, c.1940. This particular deck was imported into Argentina by the importing agent A. di Bacco, Paraguay 1520, Buenos Aires, whose details are overprinted on the Ace of Hearts along with the Argentinean importation tax stamp. The deck contains 52 cards + 1 double-ended Joker with the legend "No. 1791 Muggins" + 1 Extra Joker, with the legend "© 1939, Assn of American Playing Card Manufacturers". 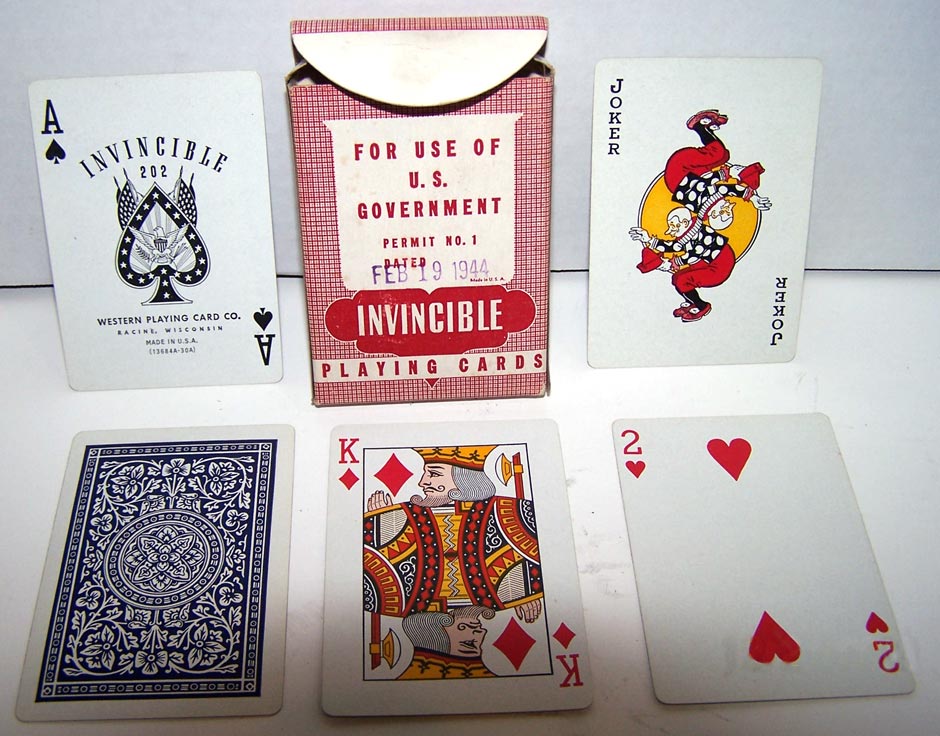 Above: deck of 'Invincible 202' playing cards issued as a gift of the American Red Cross (Not to be sold), for use of U.S. Government, linen finish, manufactured by Western Playing Card Co. during times of economic constraint, with over-stamp: "Feb 19 1944" on the box. The Ace of Spades seems to be based on a design inherited from The Western Press prior to 1927. A newer version of the Joker is used. Image courtesy Scott Blue. 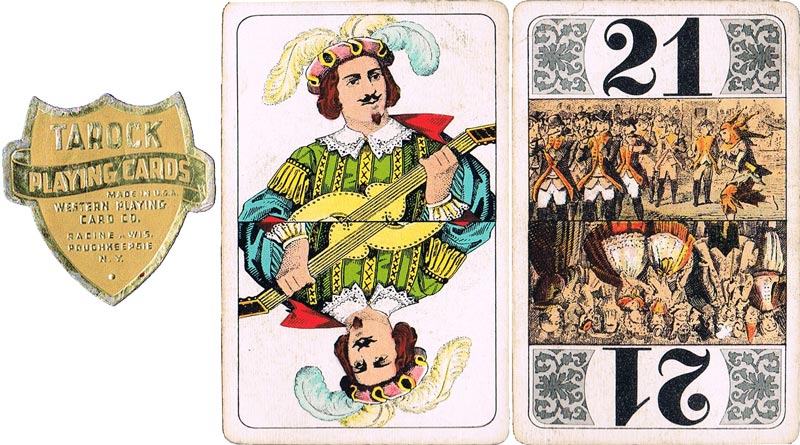 Above: Tarock pack published by Western Playing Card Co. Although the box label states 'Made in USA', the ace of diamonds has a Vereinigte Altenburger-Stralsunder logo, suggesting German manufacture. The trump cards show scenes of bourgeois life, and the minor cards have French suit marks. The cards are closer in size to "poker" decks (85x55 mm) than the size generally adopted by European makers. The back is a plain crisscross pattern of blue & brown. Image courtesy Anthony Lee.