The earliest playing cards had blank backs because of the difficulty of precisely aligning a pattern with the fronts of the cards when large sheets were cut into smaller units. During the eighteenth and nineteenth centuries, as printing technology improved, simple patterns of dots, geometric shapes, sprigs or other small repeating motifs were introduced.

Above: the introduction of printing blocks made from metal resulted in precise and regular back patterns of diagonally crossed lines, such as are currently used in many countries around the world. The examples shown here date from c.1950-60. 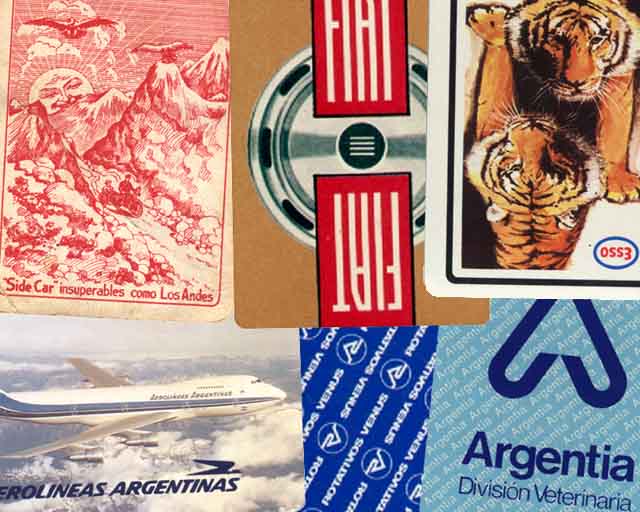 Above: commercial advertising on playing cards reflects the economic activities of the day, especially foreign industry operating in Argentina. The FIAT pack (by E. Flaiban) dates from the 1950s when private motor car ownership became feasible to the average Argentinean householder. Lately, Argentina's monetary policies have proved costly for manufacturers, exposed to cheaper competition from abroad… the 'Aerolineas Argentinas' pack was made in China.