The cards shown here date from the early 1900s and have the black 'Mercury' tax stamp on the four of cups. The card names are given in Italian. The reverse has a black trellis pattern on blue background. The logo of a deer between two trees on the ace of coins is that of Sebastian Comas of Barcelona (Spain) whose standard cards La Primitiva was imitating. It is not known whether the logo was used with permission. 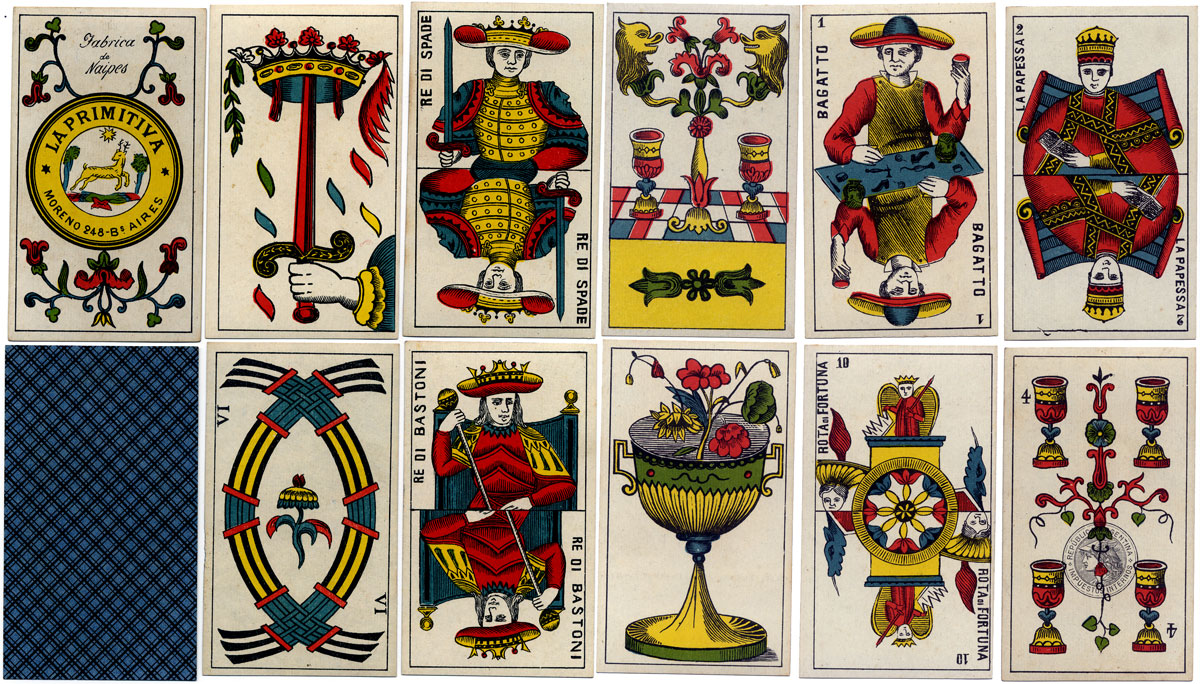