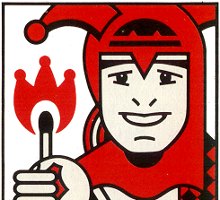 These unusual and striking playing cards were published sometime in the late 1970s or early 1980s by the iconic Australian brand of matches, Bryant & May. Whilst the same court card images are used in each suit, the numeral cards employ matches arranged geometrically instead of the normal pips. It is believed that at the time they were just beginning to be distributed, a copyright dispute arose and all decks were ordered to be destroyed. Happily just a few somehow managed to escape destruction. A similar series of match box tops was published around the same time. 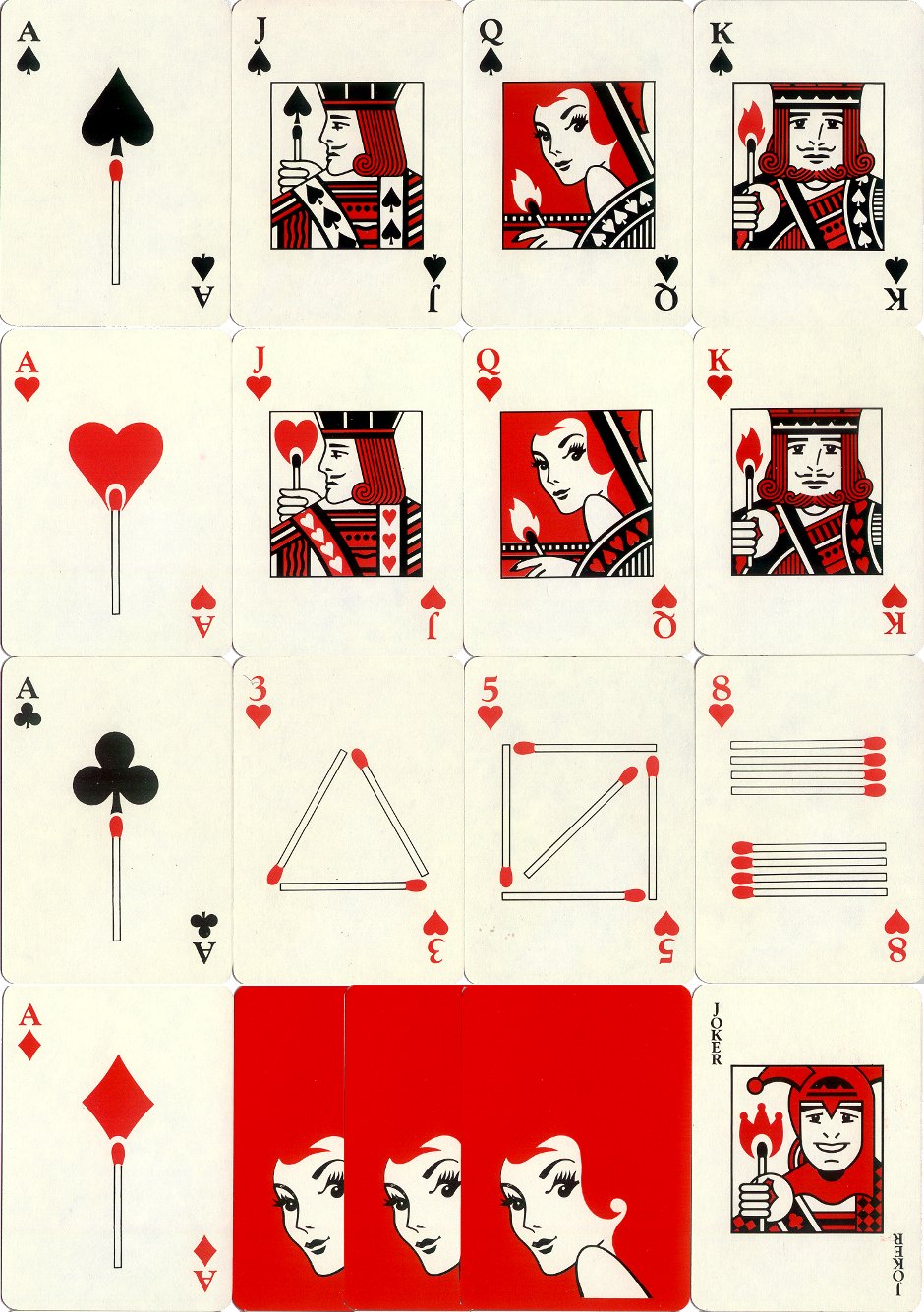