Above: jokers and aces of spades used in Nall and Paper Products era. Aces are from the 1900s to late 1920s and the shape of the later ace became narrower after 1937. The Indian Head is reasonably difficult to find, whilst the Imp, Scotsman and especially the kookaburra are easier to find. Only the kookaburra/snake and Ada Reeve jokers (below) continued into the post 1937 era. Images courtesy John Daniels.

A company named Fuerth and Nall is believed to have commenced in the 1880s. Robert G Nall was in partnership with Leopold Fuerth but the partnership was dissolved in 1882, with Robert G Nall maintaining the name and business of Fuerth and Nall (Ltd added after 1905). In c.1920 the name changed to Robert G. Nall Ltd and was changed yet again in c.1928 to Paper Products Ltd. This then became known as Reed Paper Products in 1961. 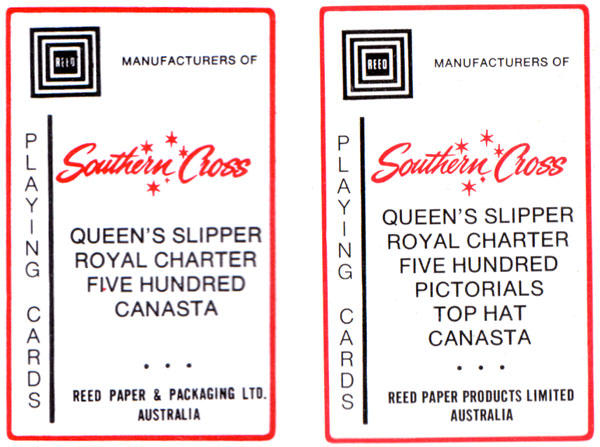 Above: two advertisement cards showing the range of playing card brands and a change in the company name. See also: Southern Cross Patience→ 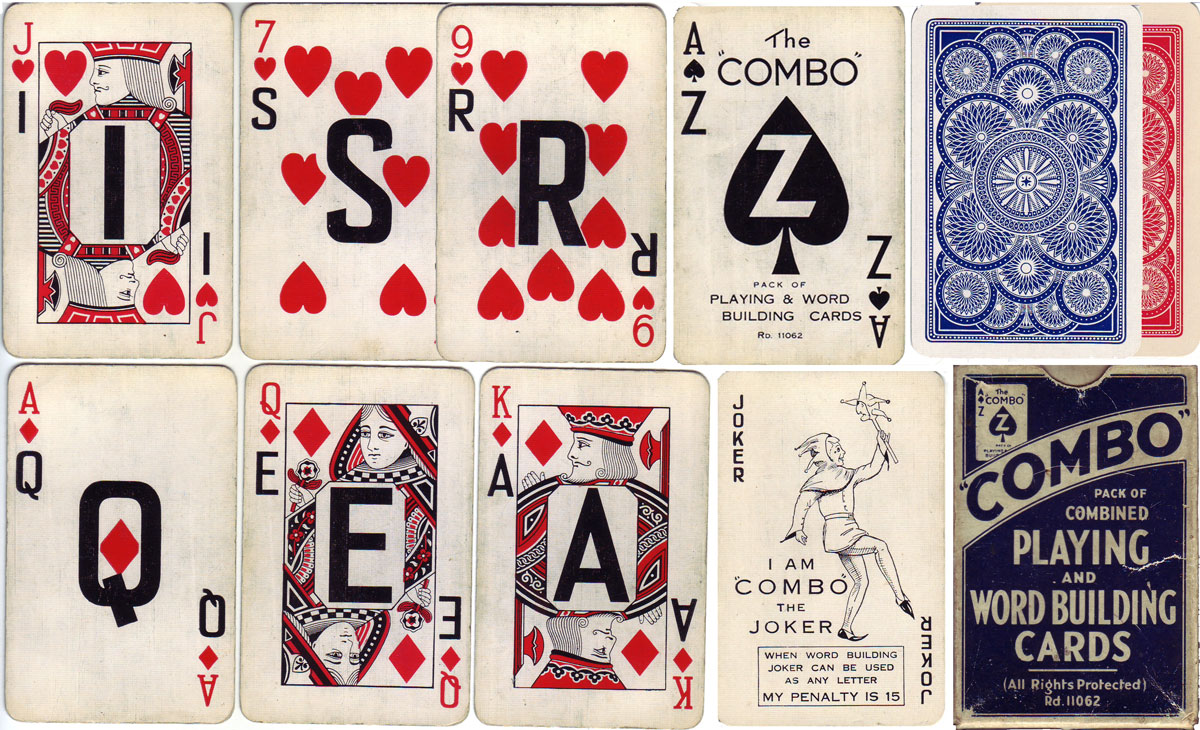 Above: an interesting series they produced was for Tintara. These backs had previously been produced by by Spicer & Detmold Ltd and now have special aces and a kookaburra joker. The backs came in at least 2 colour versions each, at least one had 4 different coloured backs.

Above: Reed’s Queen’s Slipper 500 pack, red/black courts and Kookaburra Joker, after 1979, by Hardie/Spicers - you can tell by the squarer corners. Image courtesy Ken Lodge.

Above & Right: cards by Reed Paper Products Ltd, c.1975, with pictorial backs. The colour lady joker is taken from a programme cover, and is of Ada Reeve, a singer/performer from early last century. She did the show ‘Spangles’ at the Palace Theatre in 1922.

Older Paper Products cards have a ‘lineny’ textured paper, and corners are squarish, in pre 1936 cards. The Southern Cross deck of cards has a reg. number of 19194 on the box but all efforts to find a registration application for it have been fruitless. It must have been a popular seller, as decks show up regularly. The 61 card deck is minus the 2 red 13s whilst the 63 card deck includes them. 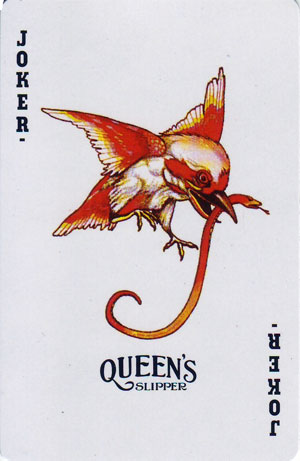 Above: colour kookaburra joker from a current Queen’s Slipper 500 deck. 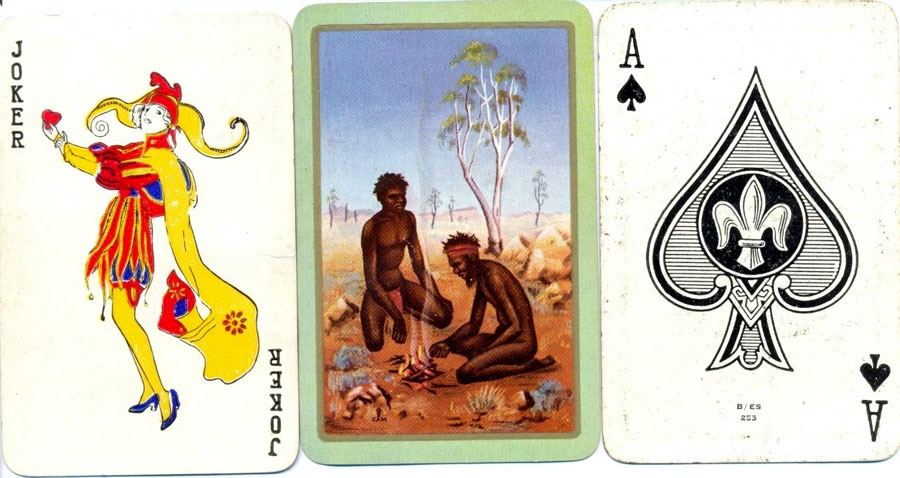