John Sands had incorporated the earlier playing card manufacturing businesses of Hudson Industries Pty Ltd in 1972 and Valentine Publishing Co in 1989. John Sands was bought by American Greetings in 1996, and it is presumed the playing card business closed sometime around then. Their main line now is greeting cards. 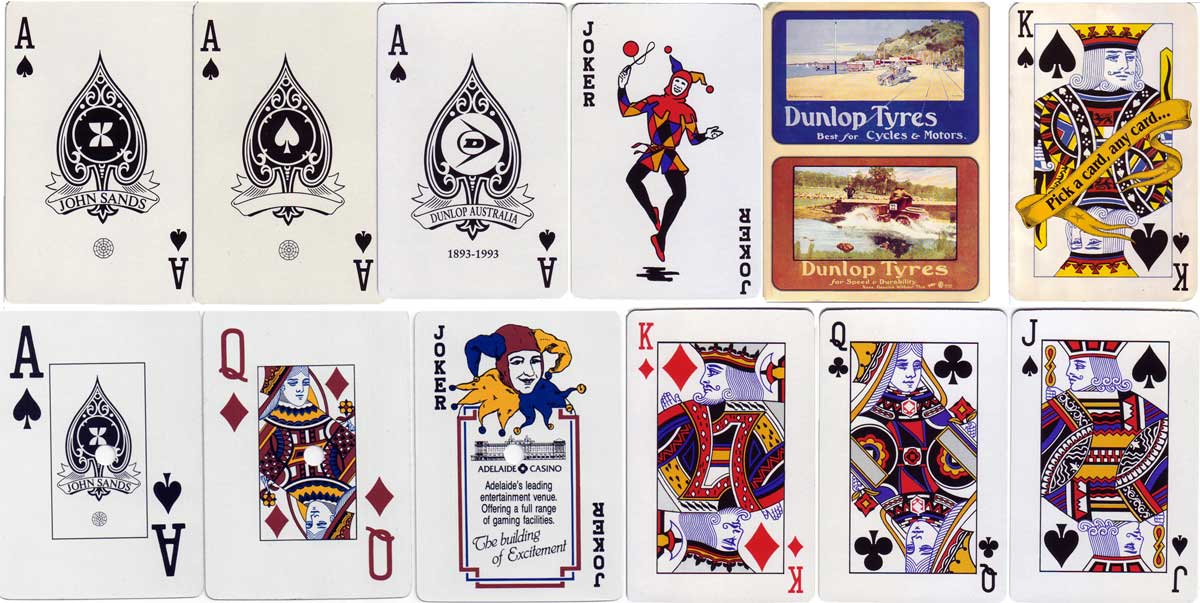 Above: special joker for Batman deck (1989) and Koala / Kangaroo picture backs by Steve Parish, a wildlife photographer (who later published his own decks printed in China). His Sands decks have the ‘anon’ ace of spades shown above.