De la Rue Pneumatic playing cards with special herringbone graining for ease of handling were being produced until the early 1960s. The silhouette ace of spades without the three pence tax and the harlequin joker date from c.1960-1965 (the cards were manufactured for De la Rue by Waddingtons). 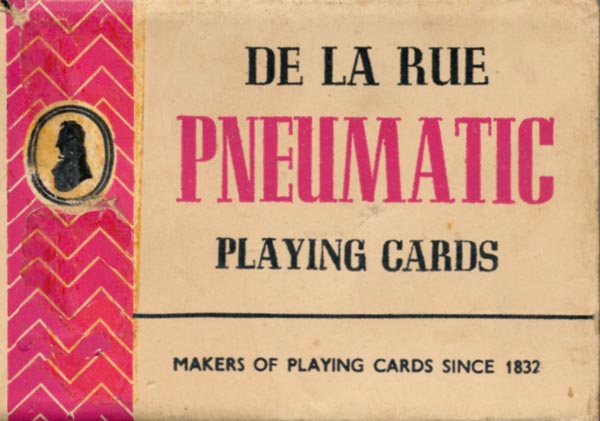 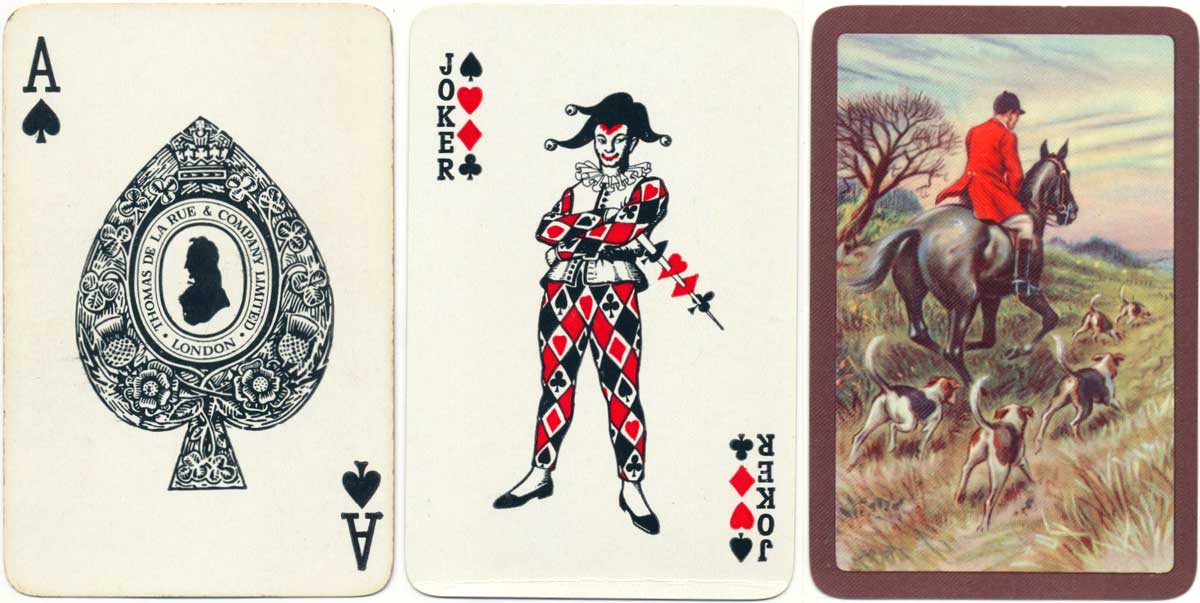 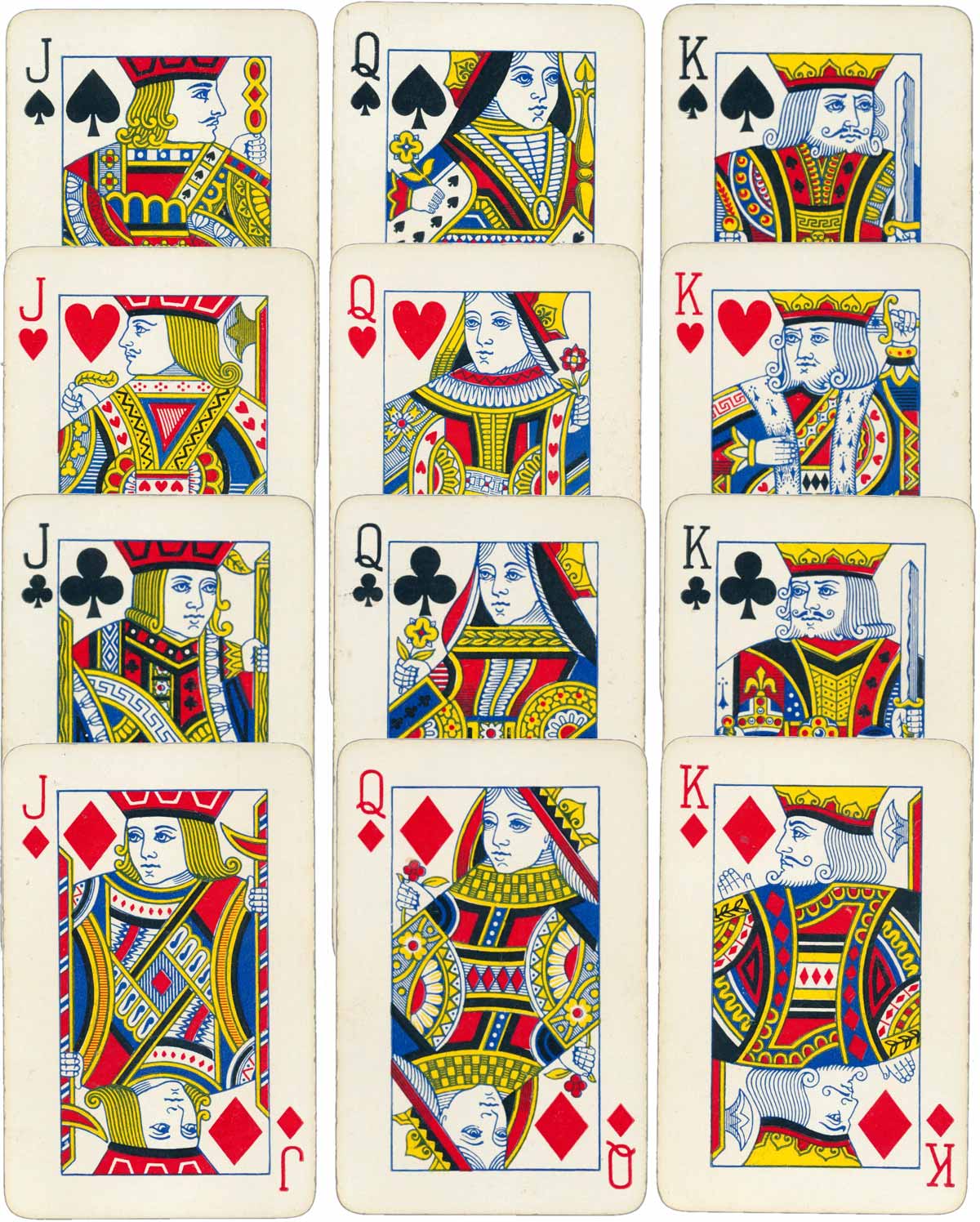