The “Star” special pack of playing cards was manufactured by Thomas De la Rue under their Empire Card Co subsidiary (active c.1888-1915) for selling cheaper grade cards (red/black courts) to keep competitors out of the market. It has the standard DLR joker and the ace of spades is nicknamed the “Doily” because it resembles an ornamental mat. Sometimes the ace has the subtitle “The Empire Card Co., London.” Patience size packs are also found and, occasionally, packs with ‘Pneumatic’ finish.

The box advertises the “index pips” and “round corners” which at that time were a selling proposition to persuade customers to switch brand. 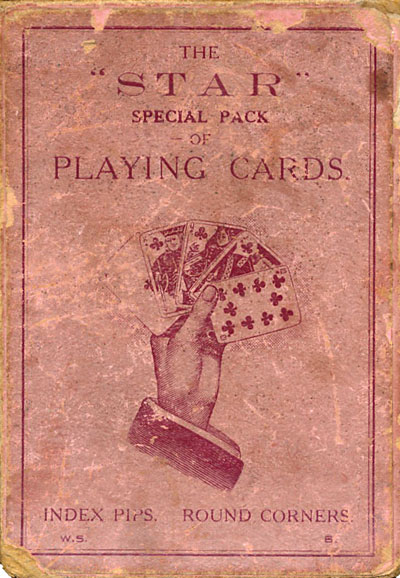 Above: the “Star” special pack of playing cards manufactured by Thomas De la Rue under their Empire Card Co subsidiary, c.1910. The cards have standard De la Rue courts in black/red only with a decorative Art Nouveau back design. Images courtesy Matt Probert.

Above: various examples of playing cards and boxes by “The Empire Card Co., London”. It is interesting to note that each box promotes a particular feature, such as "Highly Finished", "In Neat Slide Box" or "Warranted London Made". Images courtesy Ken Lodge. 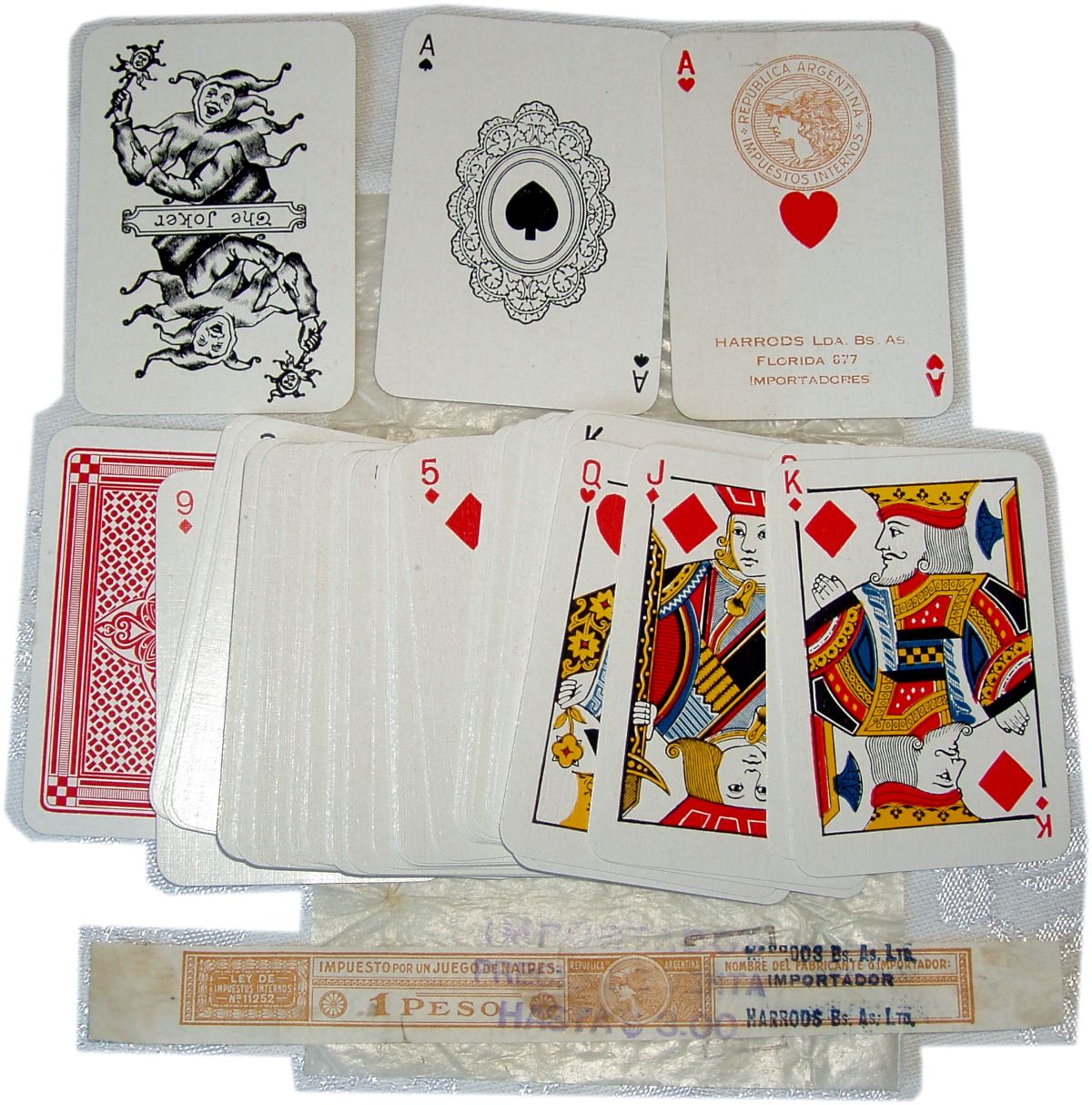 Above: playing cards printed by De la Rue with an anonymous ace of spades for the Wills gift scheme, 1933-34. Image courtesy Ken Lodge.

The Empire Card Co. was revived intermittently during the 1930s and 1950s by both De la Rue and Waddingtons. This appears to have been for the purpose of selling otherwise anonymous packs, or else lower grade cards.

Above: pack by Waddingtons stamped “The Empire Card Co London” on the tax wrapper, c.1955 (click to zoom).