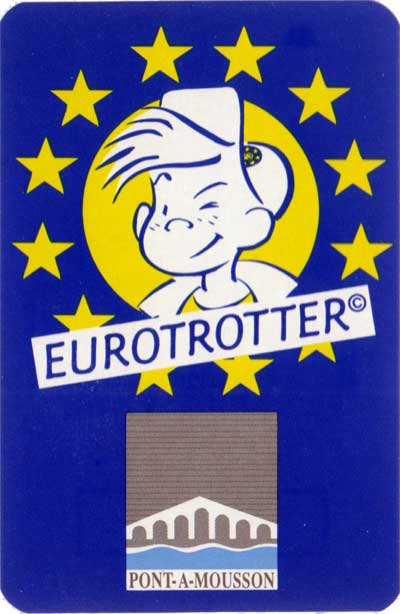 “Eurotrotter” educational card game produced by France Cartes / La Ducale. They are not dated but the European currency described on the European set is called the ECU, which was introduced in 1979 and not replaced by the euro until 1999. Thus the former national currencies are shown on number 5 cards... the Deutschemark, Belgian franc, Dutch guilder, the Spanish peseta, etc. Other cards show the populations, capital cities, national flags, and so on. The idea of the game is for players to strive to achieve the most full sets of five cards from a country. See the Rules► 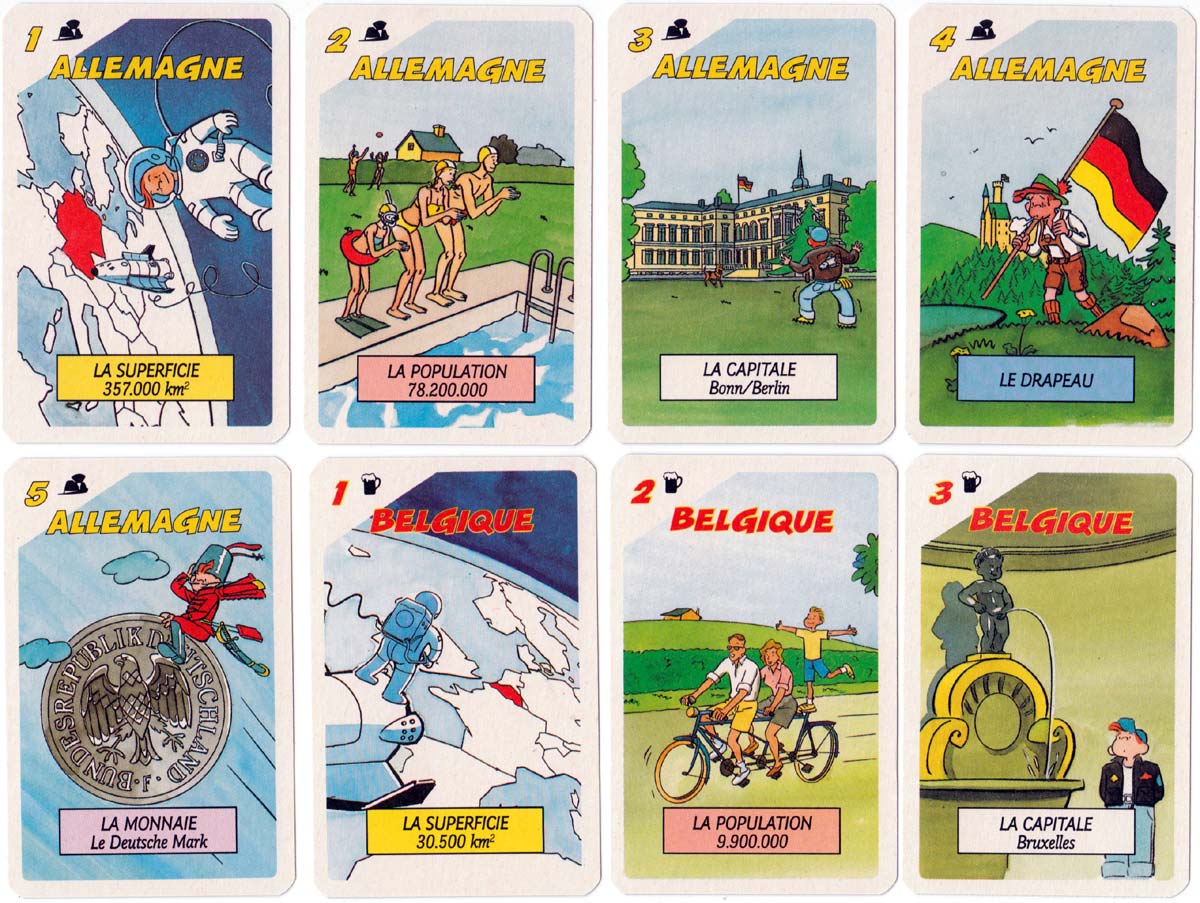 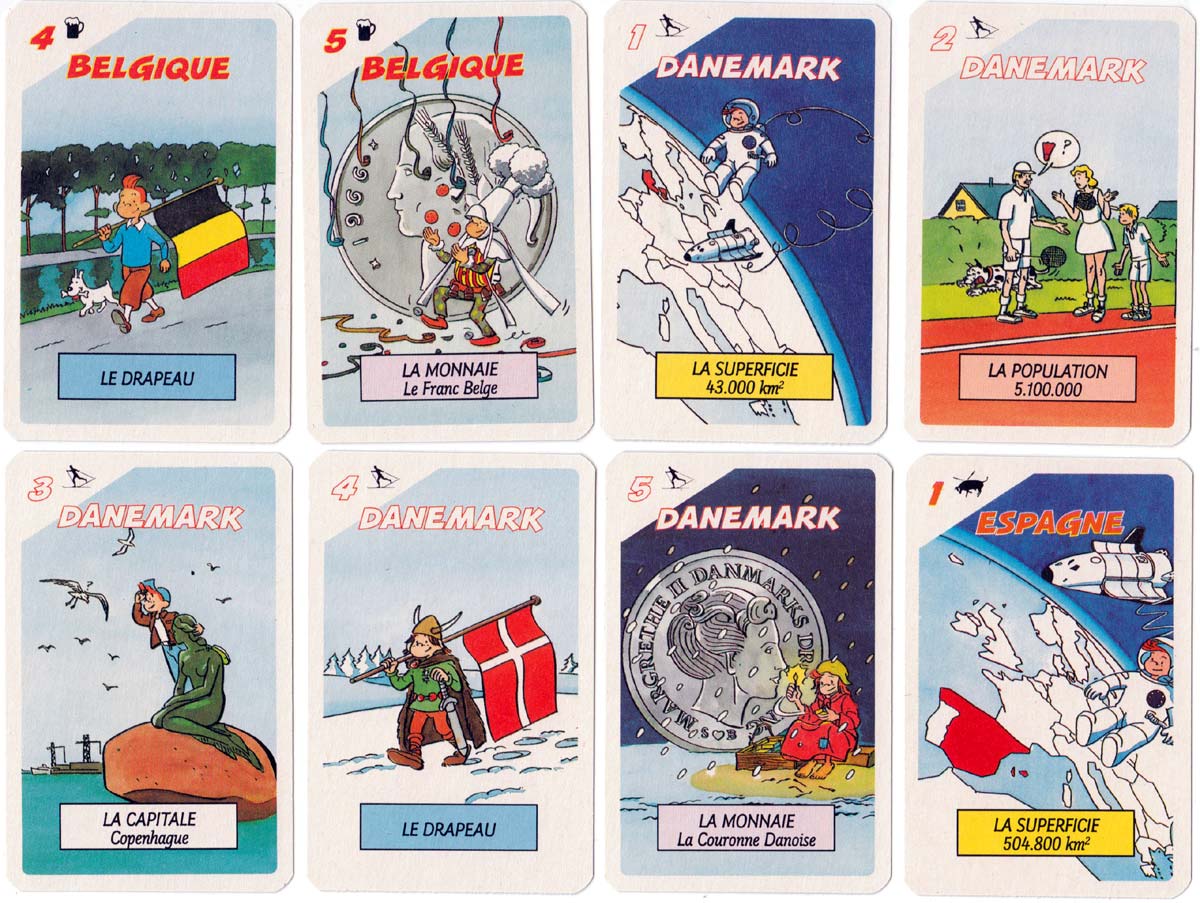 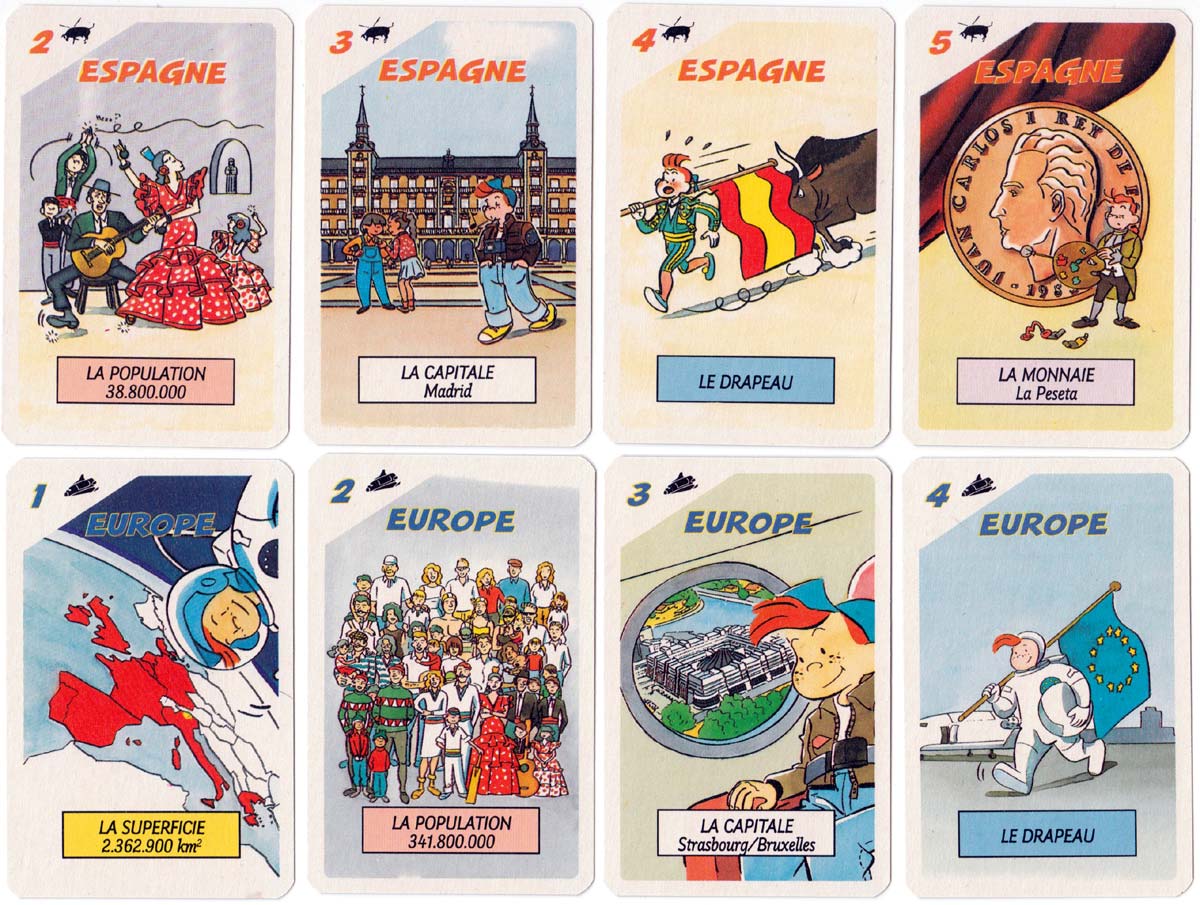 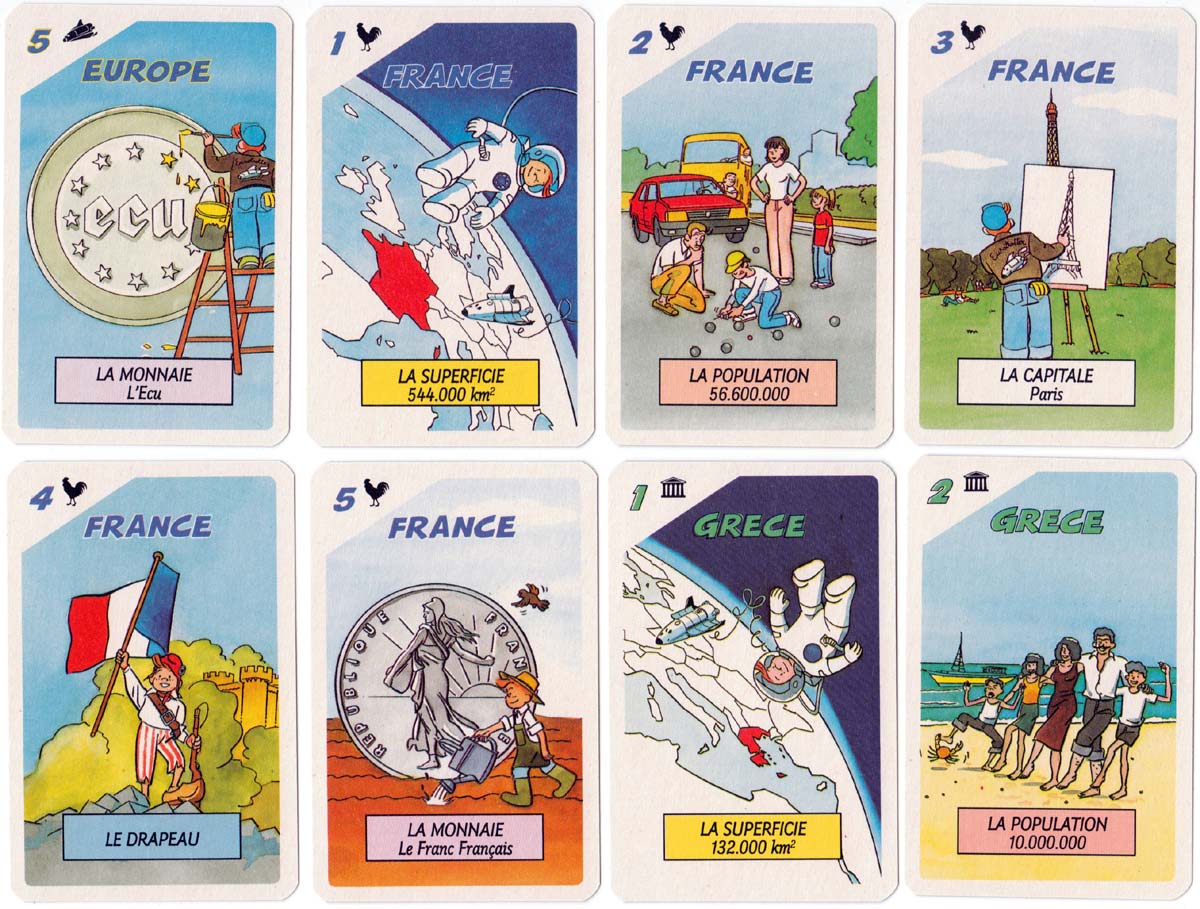 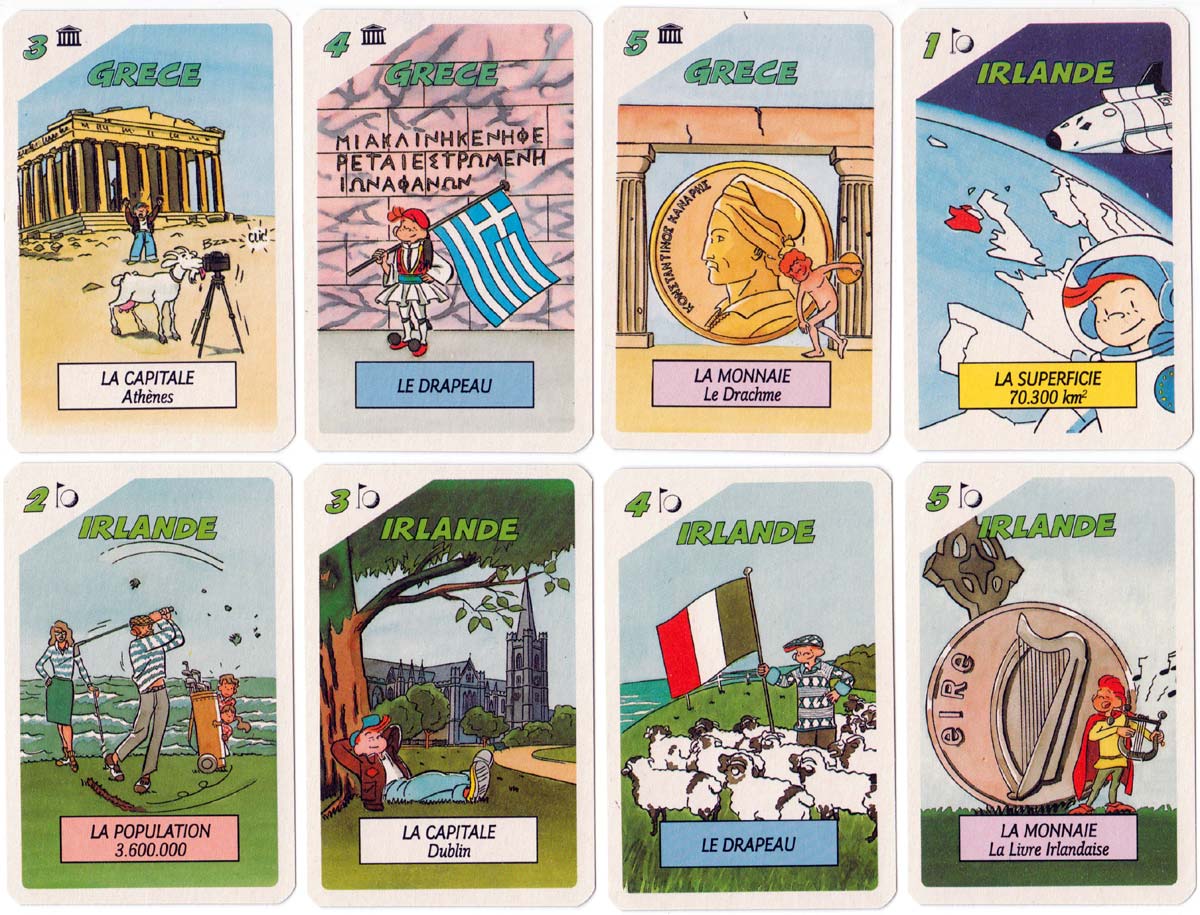 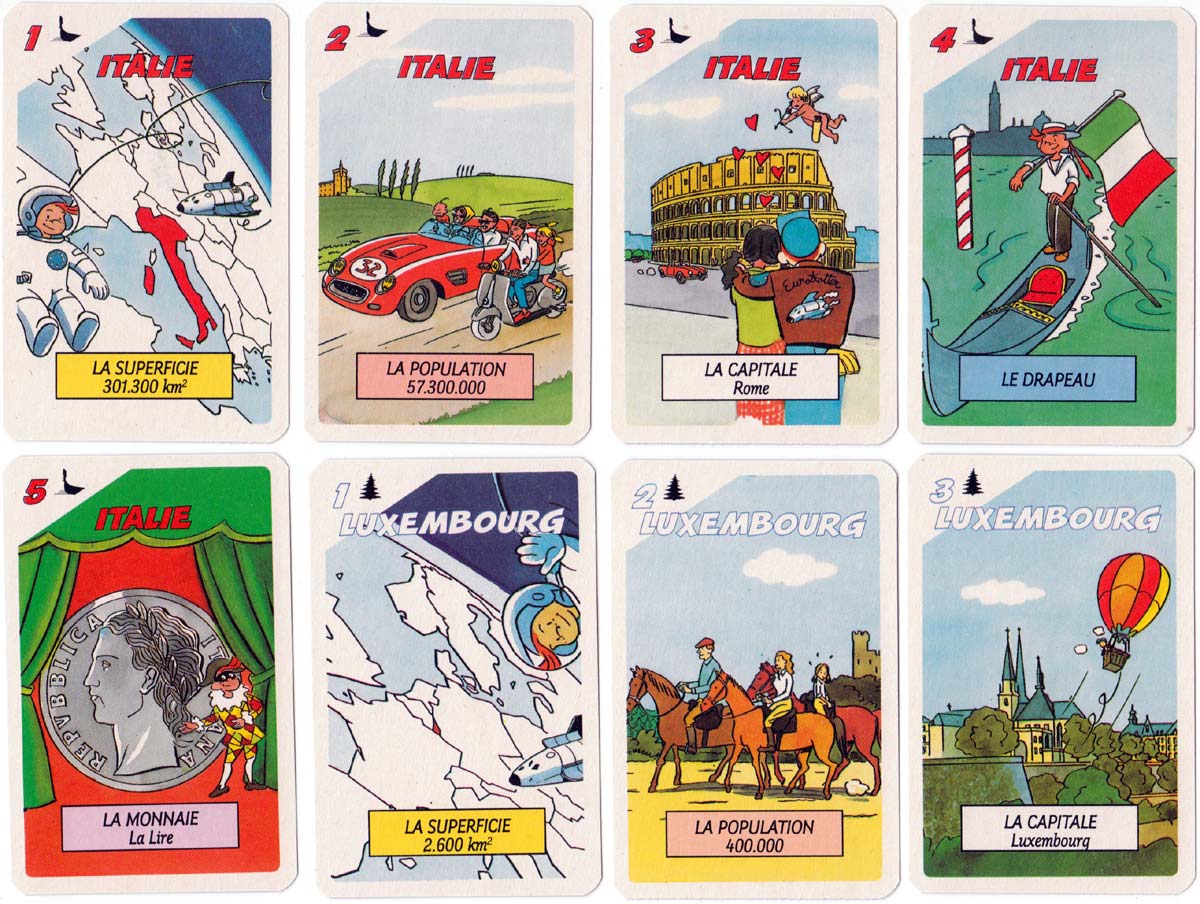 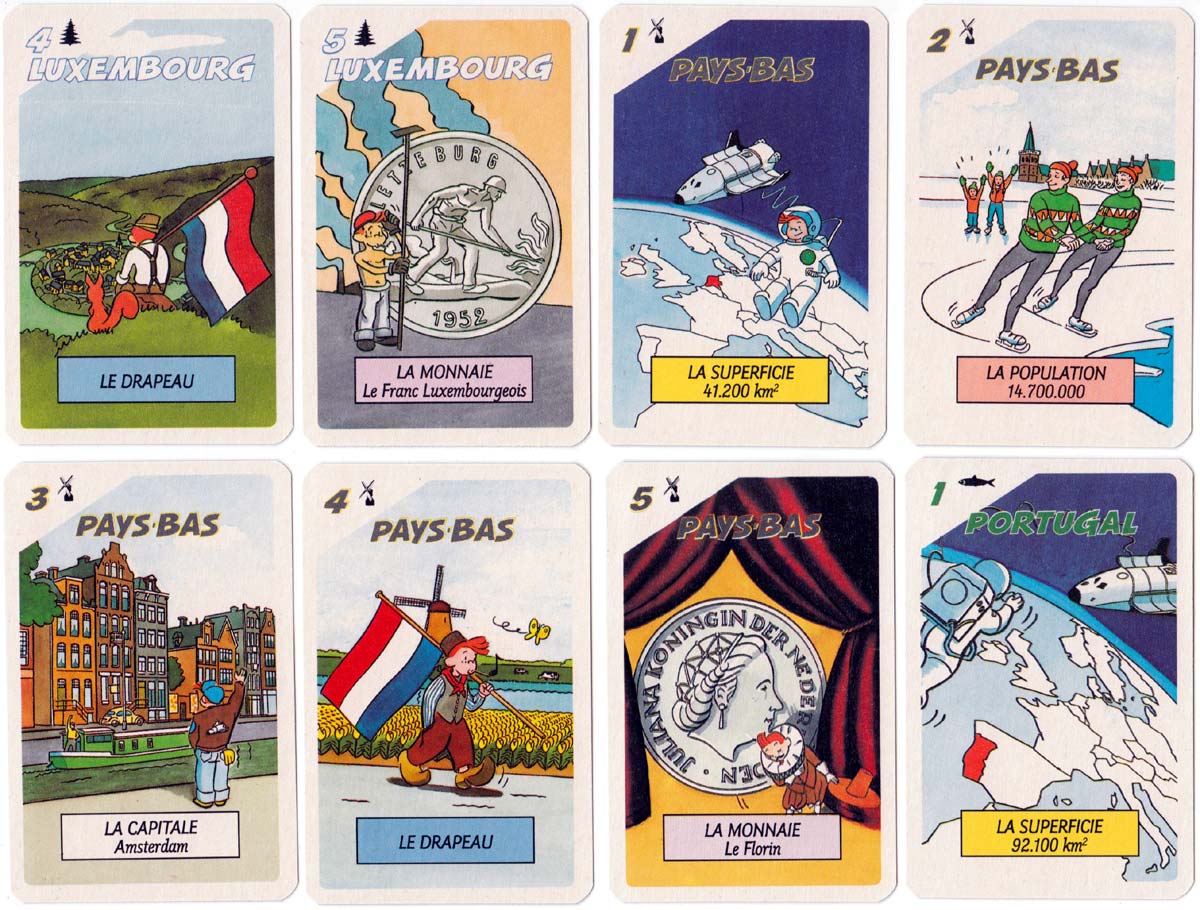 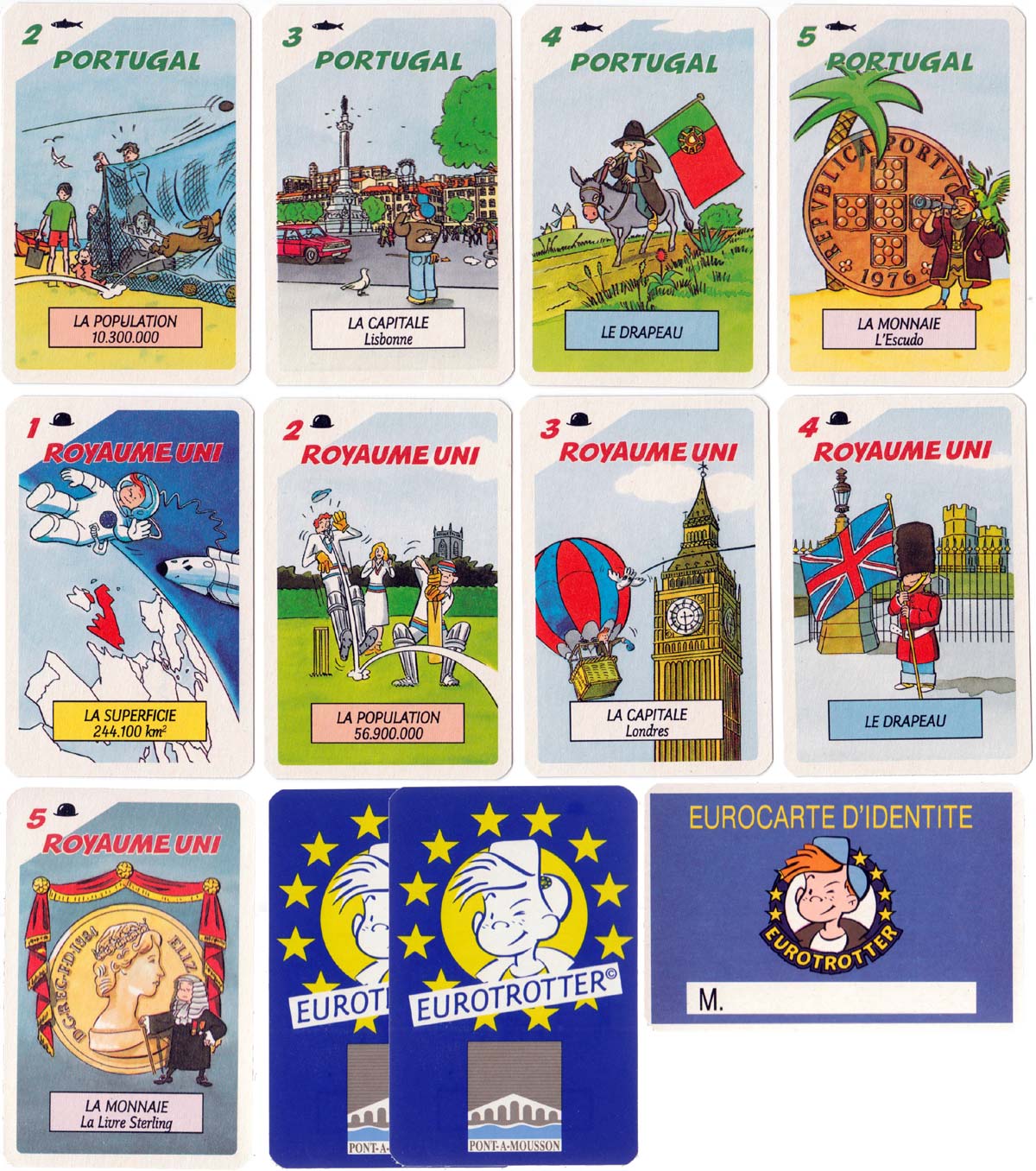