“Jeu de Cartes Napoléon” created by Matéja celebrating the bicentenary of the birth of Napoleon (1769-1969). The cards have French indices and are double-ended. See the Information cards►

Napoleon is almost universally depicted as a short man while the truth is that he was probably slightly above average height for the period, only his generals and marshals were taller. According to a contemporary observer, Napoleon possessed a magnetic personality and a fascinating smile... but, when excited by any violent passion his face took on a stern and even terrible expression. His eyes were reported to be grey or blue, penetrating and wonderfully mobile. 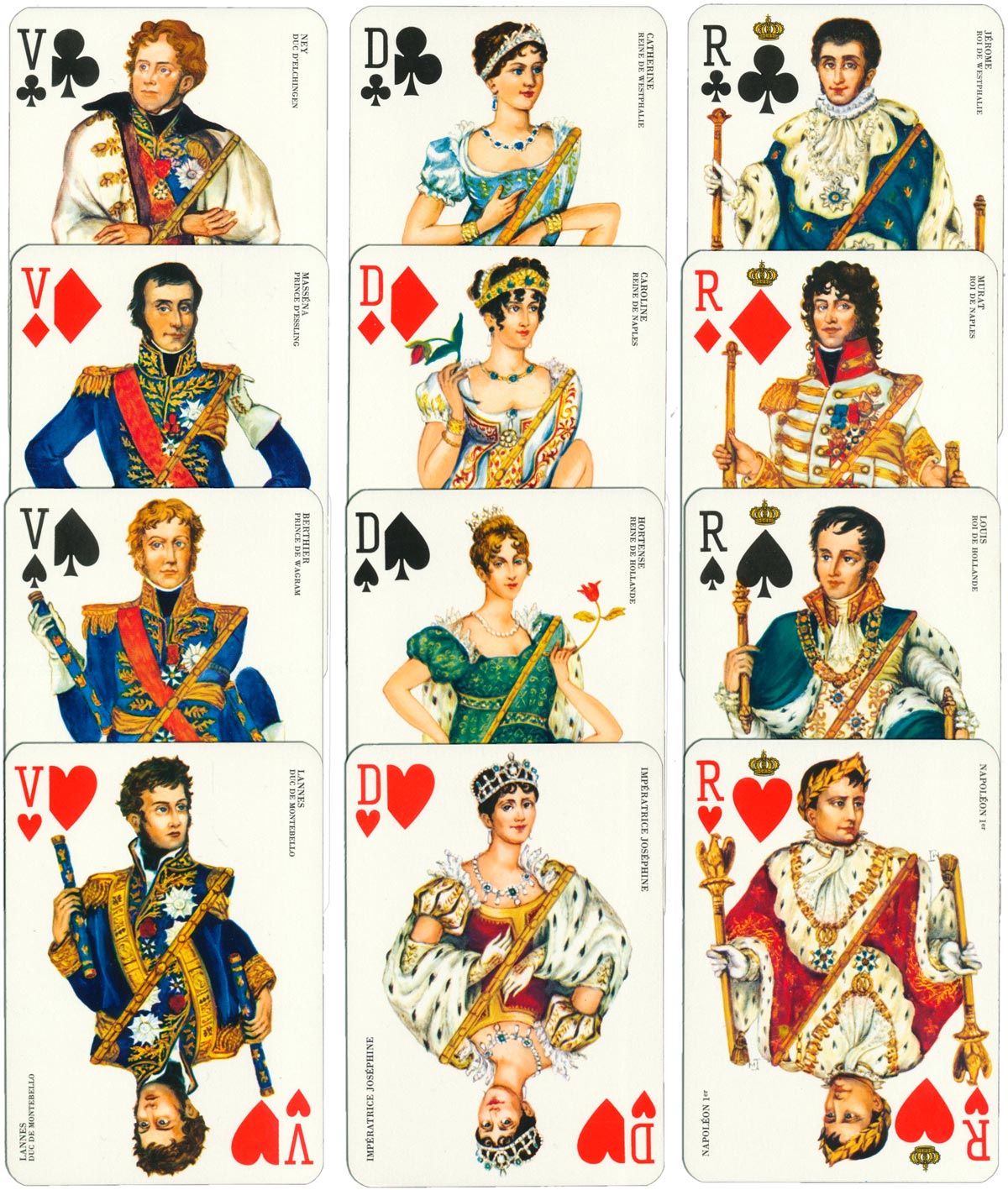 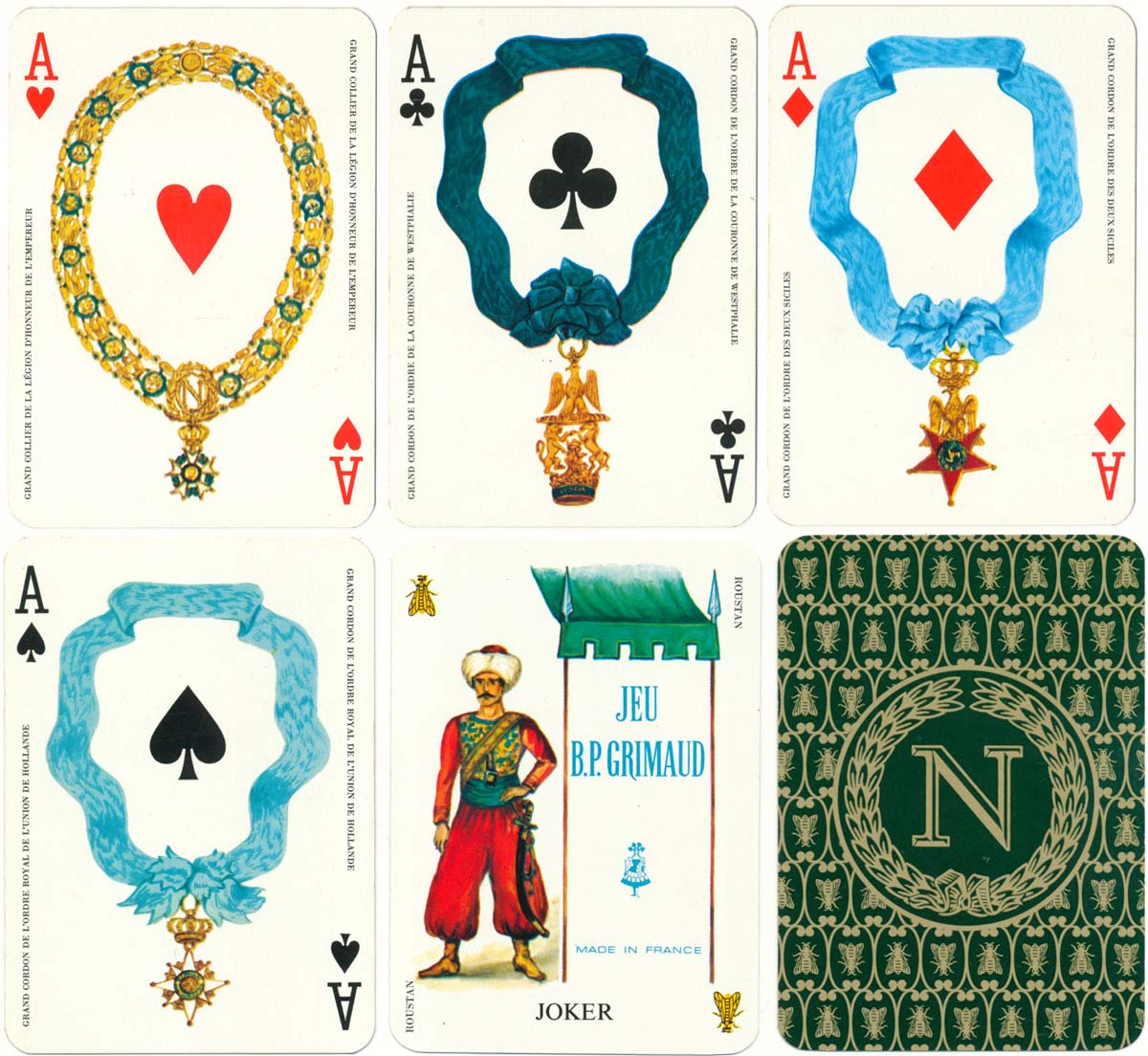 Above: cards from a dual deck created by Matéja celebrating the bicentenary of the birth of Napoleon, manufactured by B.P Grimaud, 1969. Each ace carries a medal of a French order of honour, while the court cards depict important leaders from the time of Napoleon. Green or maroon backs.

Above: English (International) indexed version of these cards. Packaged as a single pack, rather than a dual set, the courts have English indices and the jokers lack the maker's name. All images courtesy Matt Probert.