Jeu “Gerente” based on anonymous 15th & 16th century woodcut images which had been used previously by Alfred Gerente (1821-1868) as inspiration for stained glass windows. The images were published in 1983 as a deck of playing cards. See more details on the Info card► 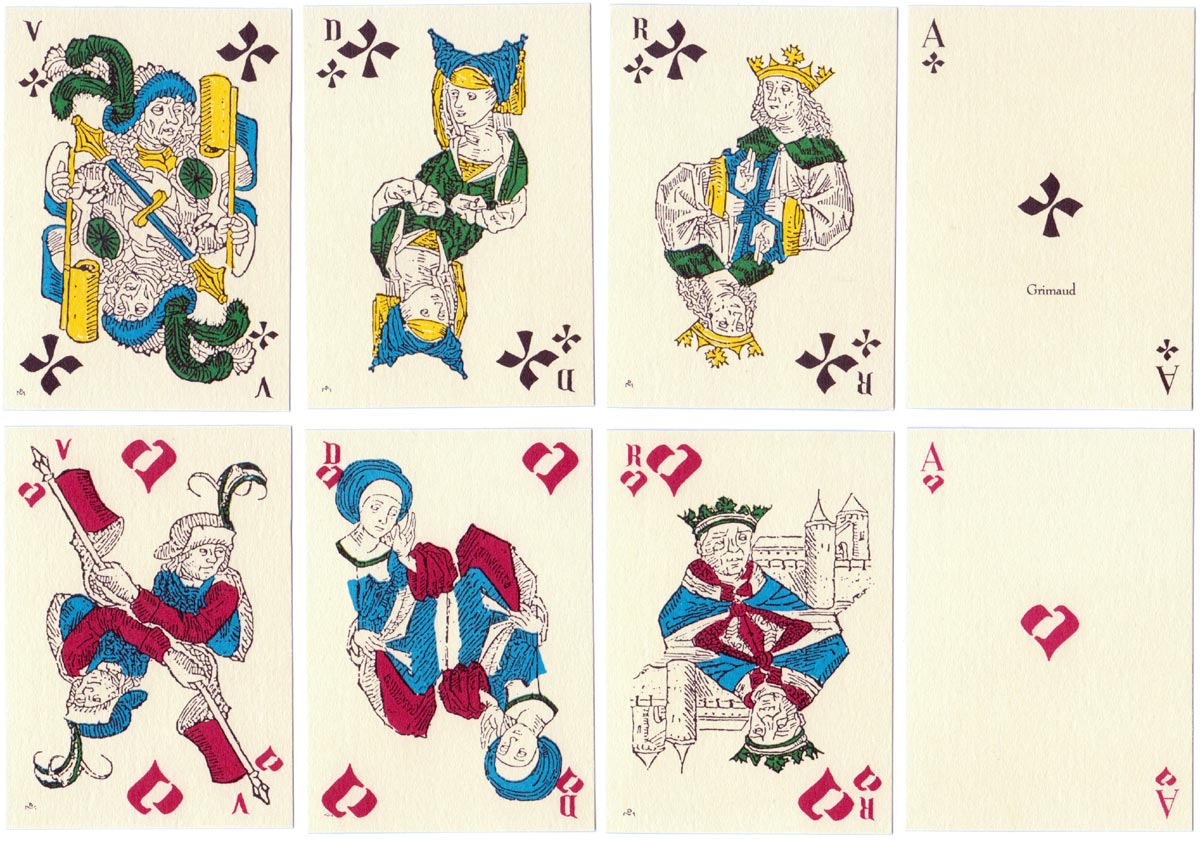 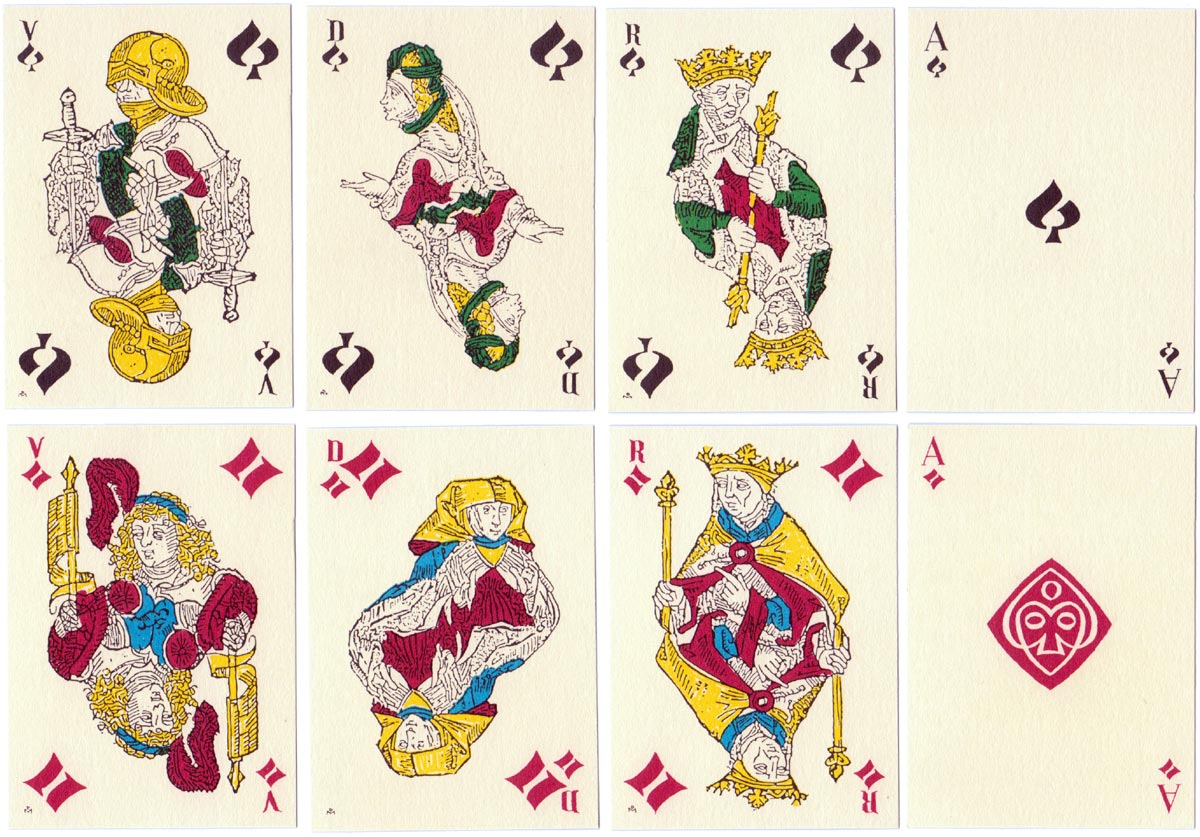 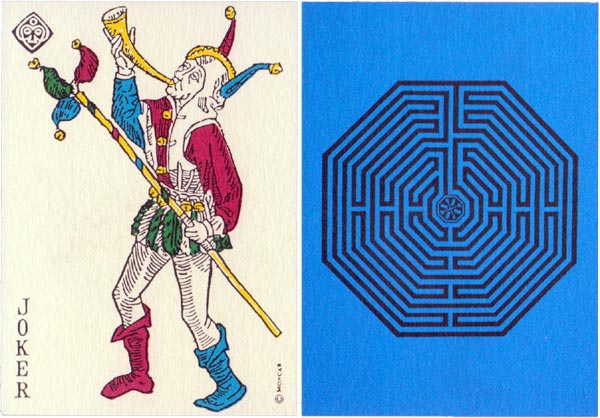 Above: Jeu “Gerente” - published in 1983 by Moncar in the “Cartes de Fantasie” series, printed by B.P. Grimaud. 52 cards + 2 jokers + info card in box. Square cornered cards 88mm x 62mm. The back design shows the labyrinth from Amiens cathedral, which symbolises the initiatory path.