Fifteenth century games such as "luettes" and "vaches" may have been the ancestors of the French card game of Aluette. Spanish-suited cards were used and earlier examples had few embellishments: the King of Coins wielded an axe and the 5 of Coins shows a kissing couple (presumably Ferdinand and Isabella). These gradually evolved into the idiosyncratic designs shown here including female 'cavalières', storks on the 2 and 3 of Cups, the lying cow, the little boy swinging on the 2 of Batons, the Indian on the Ace of Batons and so on. This is now known as the Modern Aluette pattern.   See also → Dieudonné Aluette 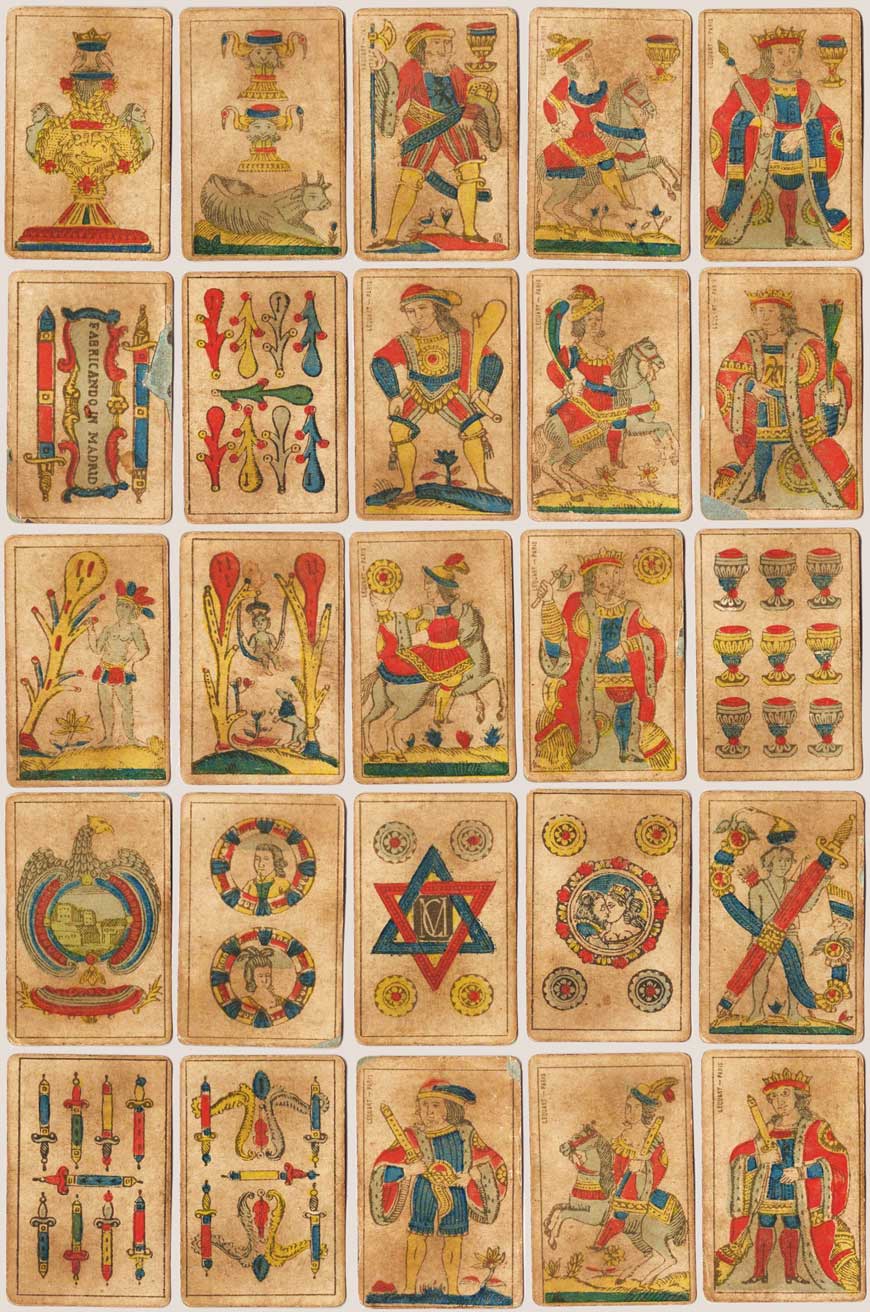 Above: Spanish-suited Aluette pack with 'FABRICANDO IN MADRID' printed on the Two of Swords and the legend Lequart - Paris printed in the top left corners of the court cards. The Four of Coins (fourth row) carries the monogram 'CM' within a Star of David. Possibly made in Belgium in imitation of French production. Woodblock and stencil printing. The size of the cards is: 86 x 56 mms. See also → Dieudonné Aluette