In 1701 a law was passed in France which specified a fixed design for each of the nine regions which card makers were required to conform to by the tax authorities. This uncoloured proof sheet shows the Lyons regional pattern in its final state, before it became obsolete around 1780. The designs, of course, had evolved from much earlier late medieval models but here they show signs of being produced in a stereotyped manner, for example in the clothing and hands. This pattern was used in various parts of eastern France throughout the eighteenth century but was ultimately replaced by the official ‘Paris’ pattern in c.1780. The King of Hearts carries a hawk on his wrist, while the King of Clubs holds an orb with a surmounted cross. All the Queens hold fans as well as flowers; the Jack of Clubs carries a shield. 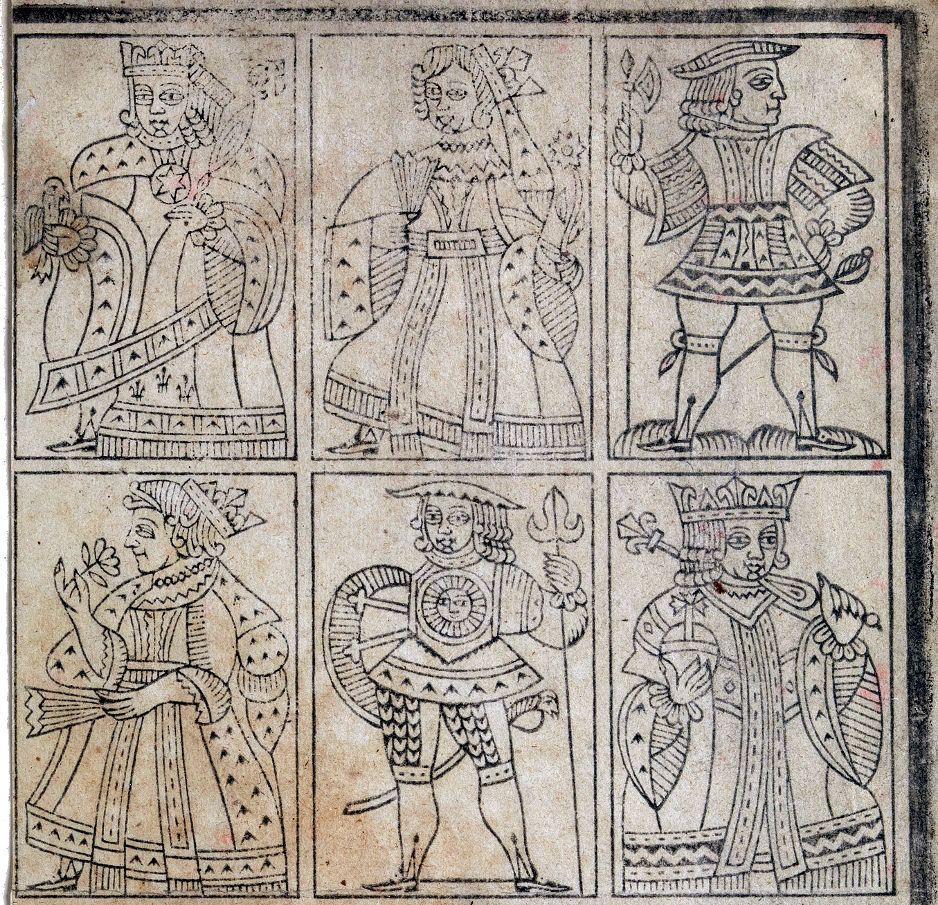 Above: detail from an anonymous, uncoloured woodblock print of eighteenth century 'Lyons' pattern cards. They would have been stencil-coloured and the suit symbols added in the empty areas at the top. The top row shows King, Queen and Jack of Hearts; the second row shows Queen, Jack and King of Clubs. Image courtesy the Public Library of Cincinnati and Hamilton County.

Ten of Clubs: This was the first card ever drawn by Louis XIV in play (when he was under the age of ten). Cardinal Mazarin kept the card more or less as a souvenir and it was found in his belongings when he died some forty years later.