We can only guess that Spears began producing proper Happy Family and Snap games after the success of John Jaques & Son in that area; maybe in the 1870s. Spears introduced a Quartet game using flowers, composers and poets as families in 1903. This was followed with German ‘beautiful cities’ and countries quartet games with black and white photographs. When Dondorf was split up and sold in 1929 Spears acquired the card games only and continued to issue the animal, bird, and flower series of quartets. 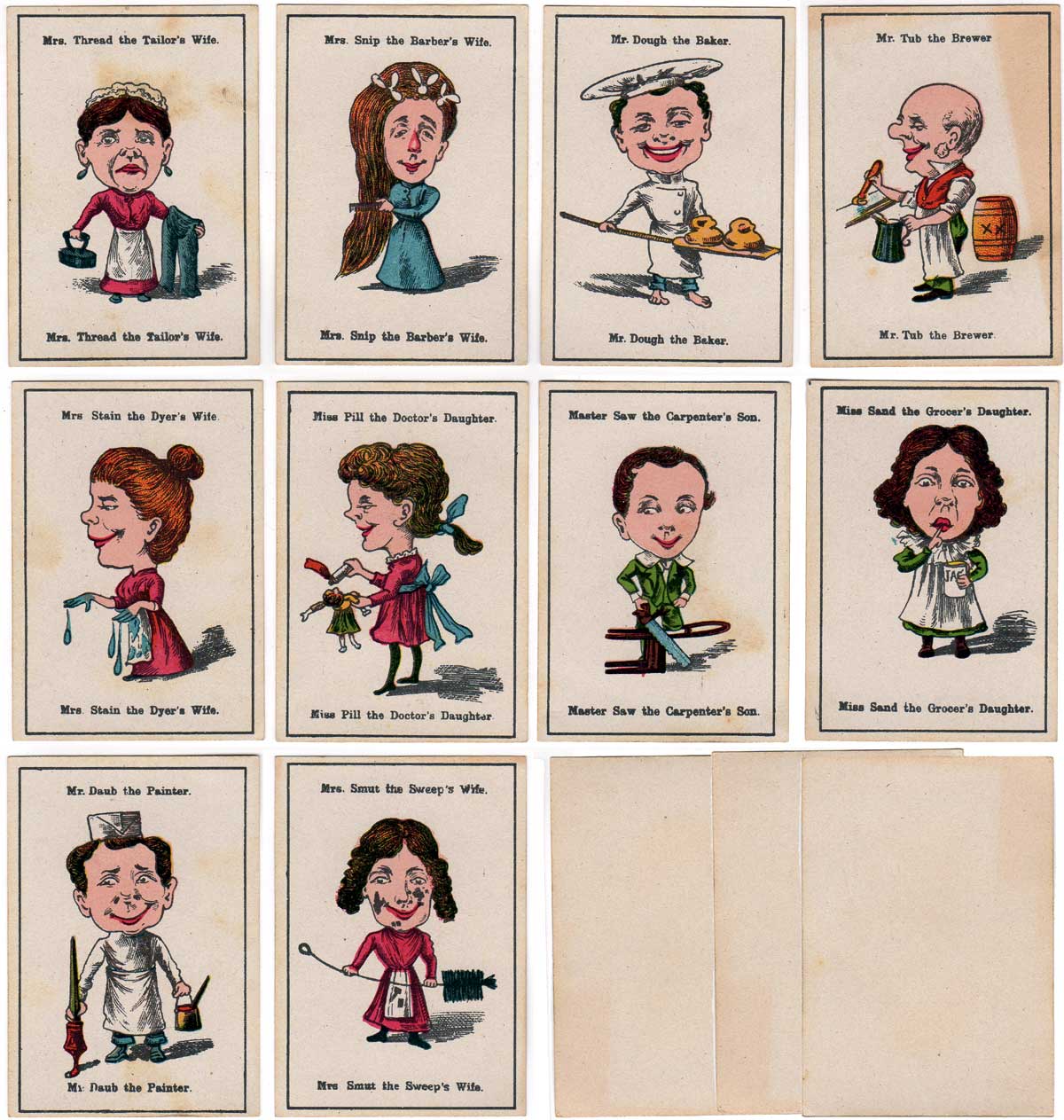 Above: the earliest cards were square cornered, with rectangular borders and plain backs, printed in Bavaria. The captions appear at the top and bottom of each card, in the same way as John Jaques’. Image courtesy Matt Probert.

Before the war, probably in 1938/39, the Spears factory in Nuremberg was confiscated during the Aryanisation campaign and many of the Spears family and relatives had their businesses stolen with a non Jew placed in charge. Many were murdered but the son of Hermann Spear, whose name was Herbert, left Germany for England to join his Uncle Richard Spear at Enfield. When the war work was done they begun again almost from scratch. A condition which applied to the two factories was that once the German factory was restored to the family the English factory made no German goods while the German factory made no English goods. By 1984 the German factory was closed but the Enfield factory is still working today.

Above: the cards in the jolly Scotsman box are the same as all the others. Backs were plain or a single colour (usually pale blue). Note that the place of printing stated on the boxes changes from Bavaria to Enfield (boxes 2 & 3) when they started to manufacture in the UK. This was probably in 1948 when production of games was begun again having spent the war producing wartime goods. Rounded corners were introduced around this time. Images courtesy Rex Pitts. See the Rules► 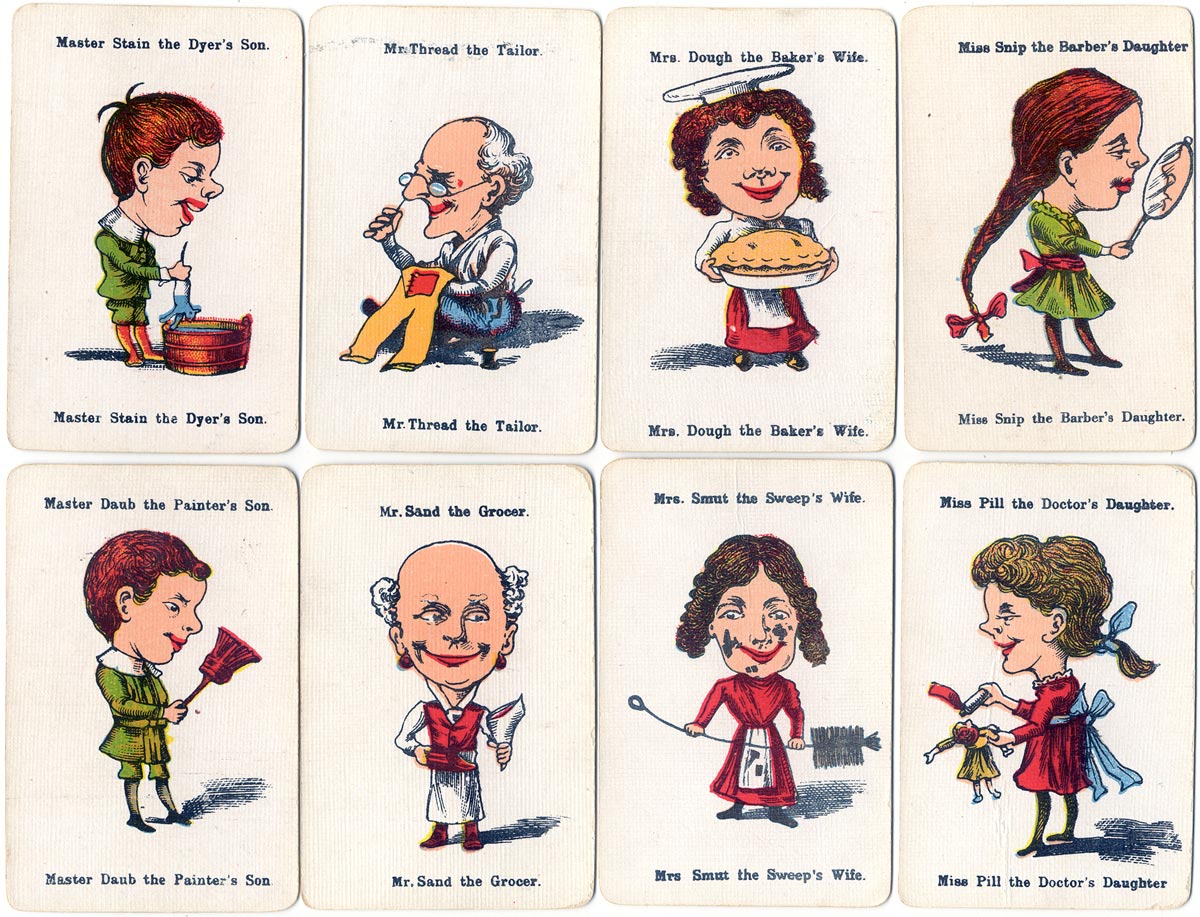 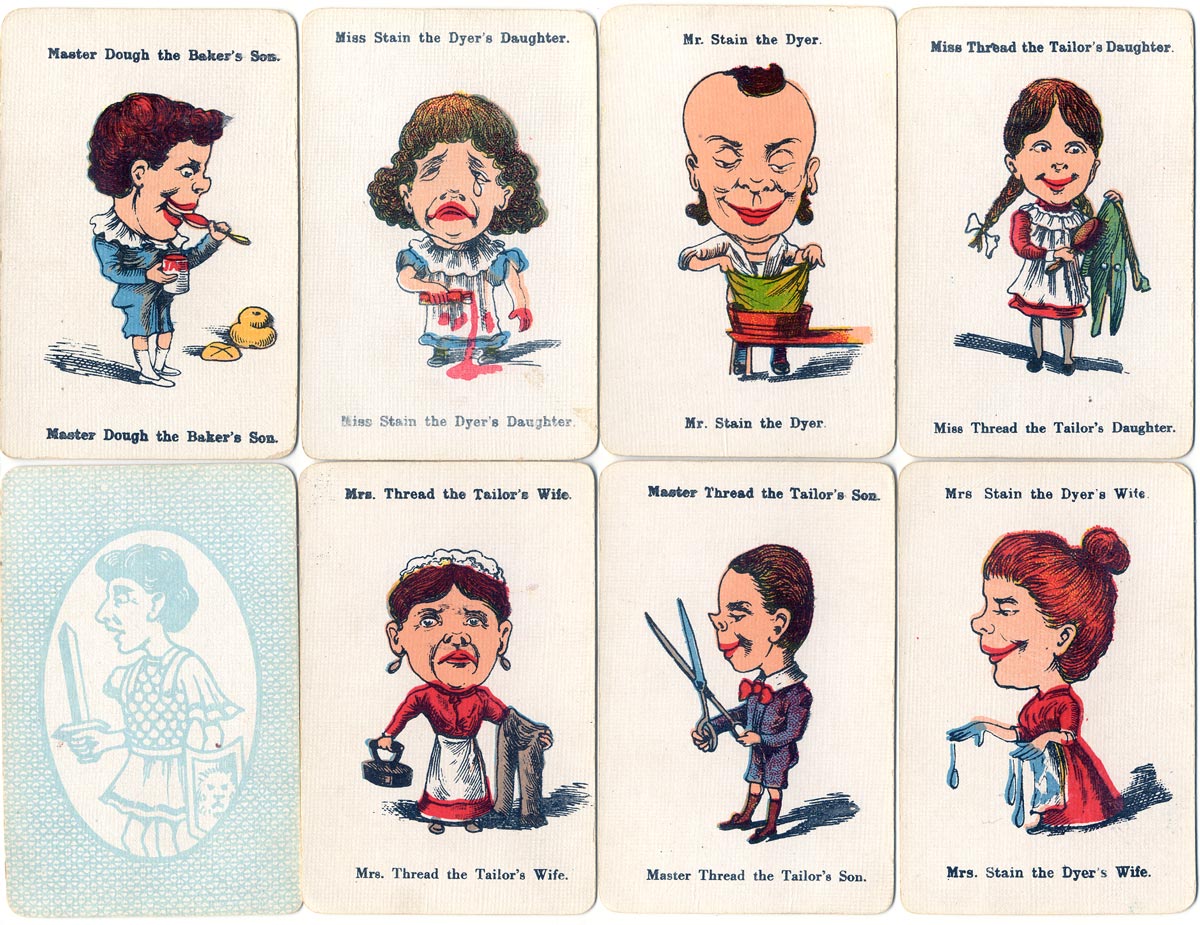 Above: later editions of Spears Happy Families (after c.1948) were produced with rounded corners and no borders.

Above: over the years the backs progressed from plain to pictorial, and the corners from square to rounded. Images courtesy Rex Pitts.

Around the same time the game’s description on the box changed from “A Most Diverting Game for Juveniles” to “The Amusing Party Game”.

Above: boxes from games made in the Spear Works, Enfield, Engalnd. Images courtesy Rex Pitts.

From the next box (with multi coloured lettering) the card designs become the “alphabet” pattern a completely different one. In the first of these the alphabet letter was in the top right hand corner but later edition it was moved to the top left position. It is likely that it was to facilitate reading a fan of cards in the left hand, most people being right handed. 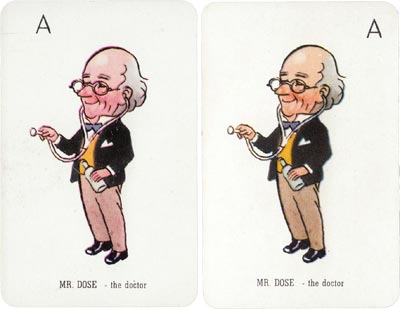