Between 1916 and 1925 many cities issued their own emergency money. This “Original Skatgeld der Stadt Altenburg” card game features the emergency money of 1921 designed by Otto Pech ("Pix”). See the Extra Card► 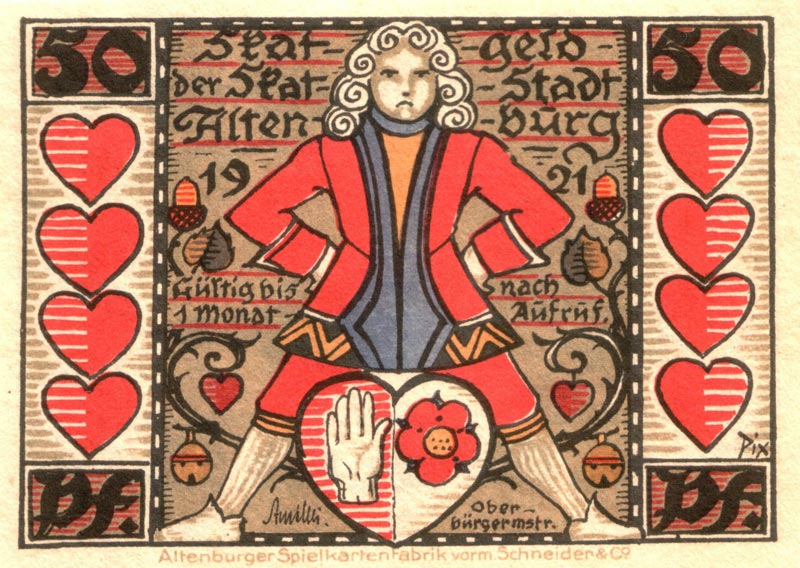 The symbol of Skat (a heart enclosing a hand and red flower) appears at the bottom of the Notgeld bill dated 1921. 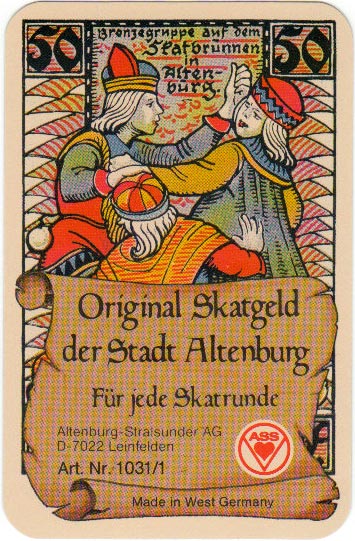 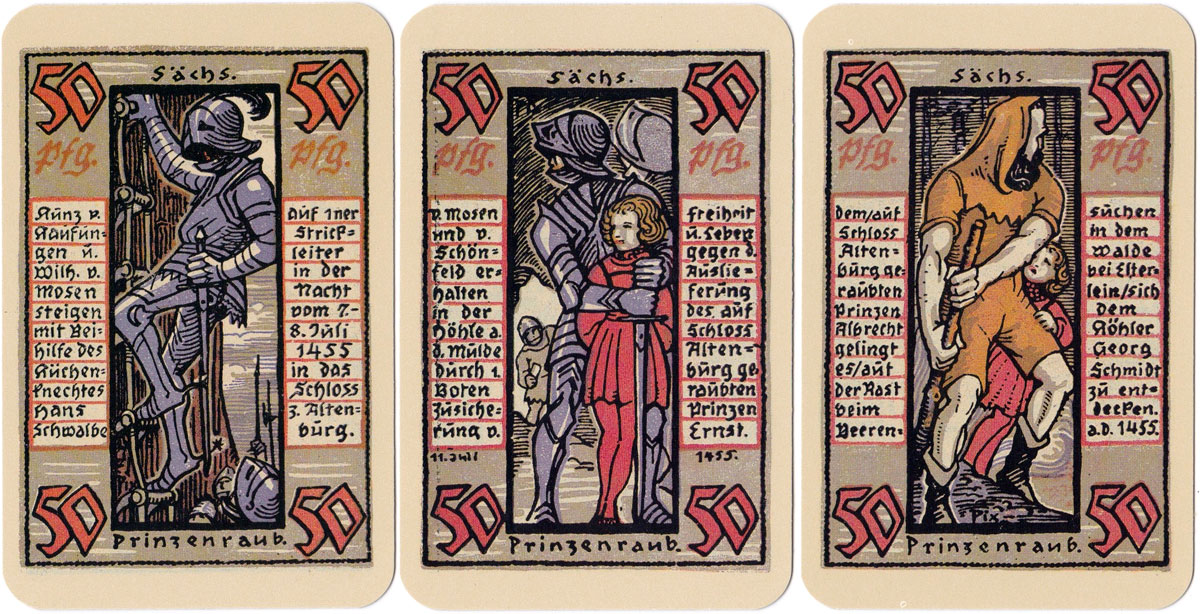 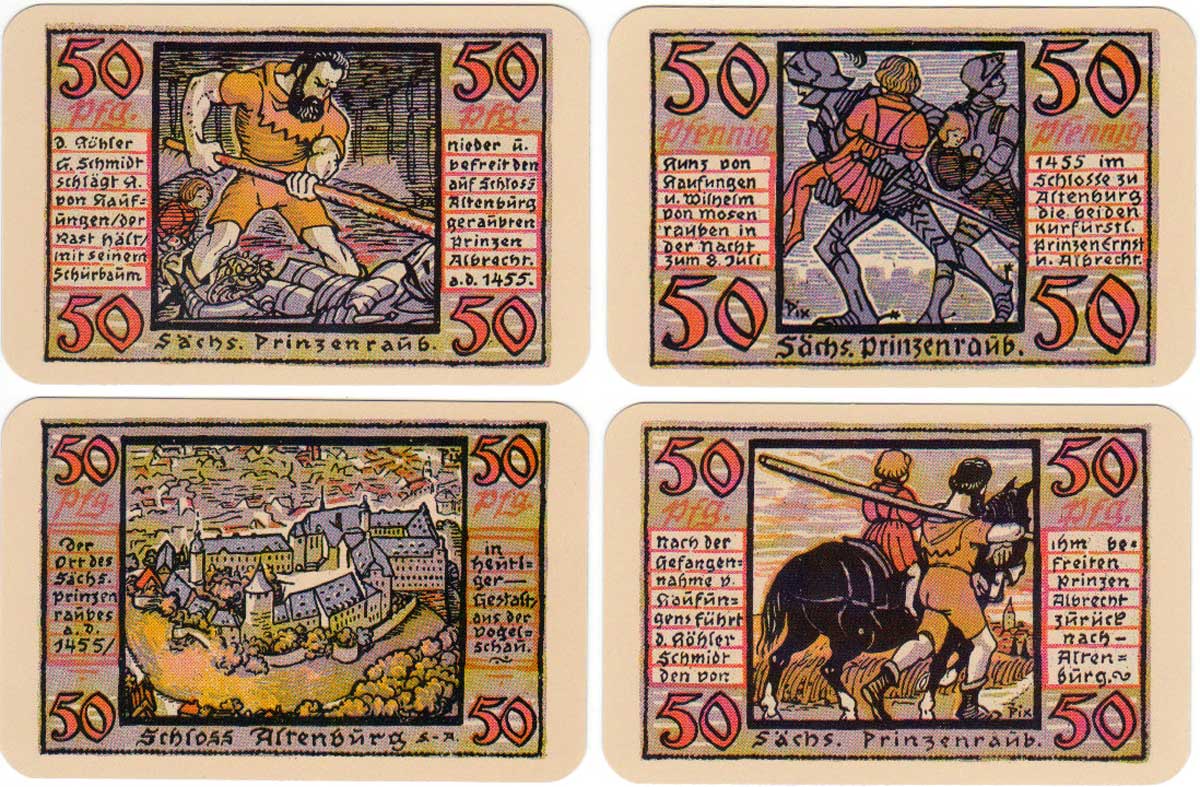 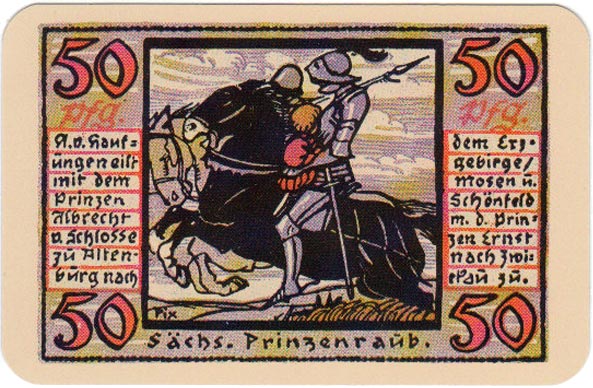