Märchen-Quartett Nr.50822 (Fairy Tales) quartet game produced by F.X. Schmid, Munich, 1960, celebrating 100 years of game production. There are nine sets of four cards, labelled a - d. The cards show illustrations and verses from well-known fairy tales, including Puss in Boots Hansel and Gretel, the Big Bad Wolf, Cinderella, etc. Many fairy tales have been passed down in oral traditions over thousands of years, similar to myths, before they were written down in literary forms which survive today. 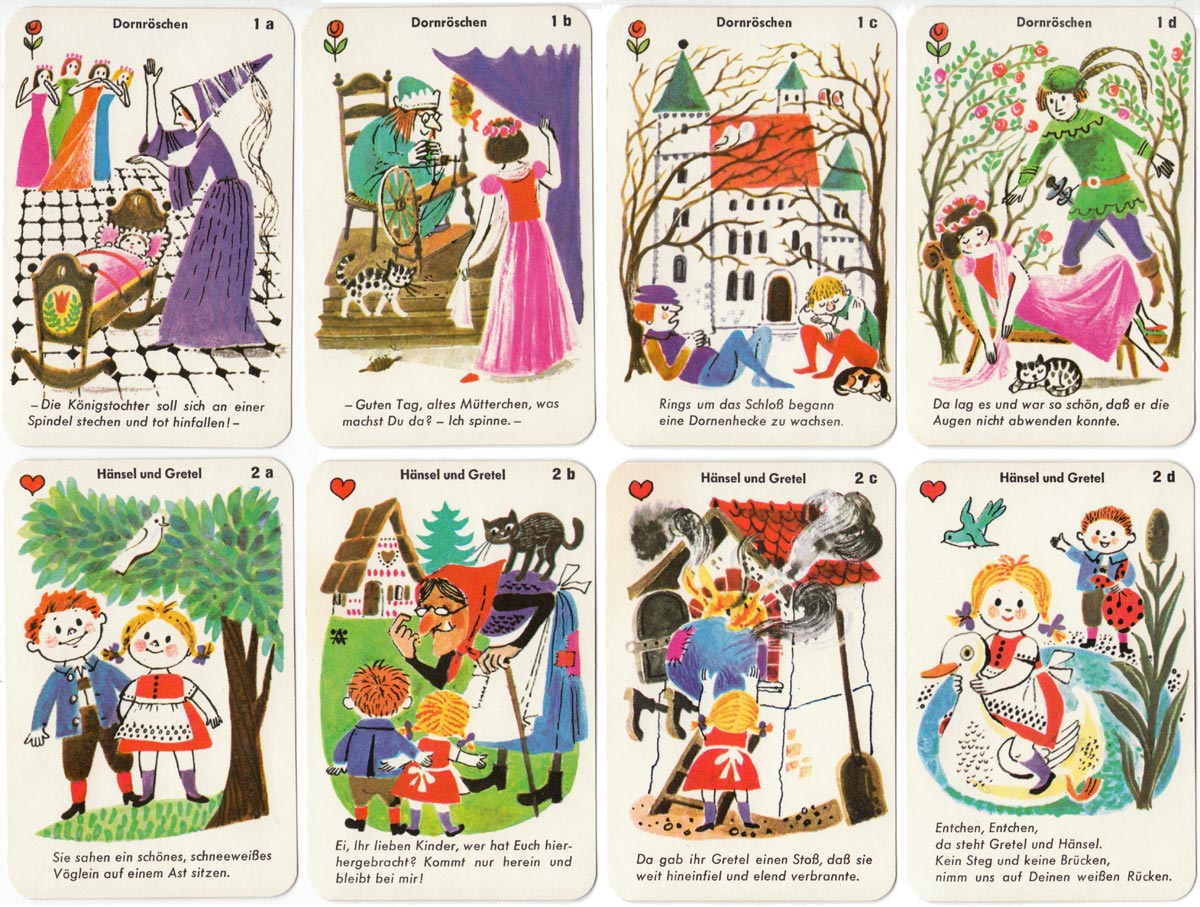 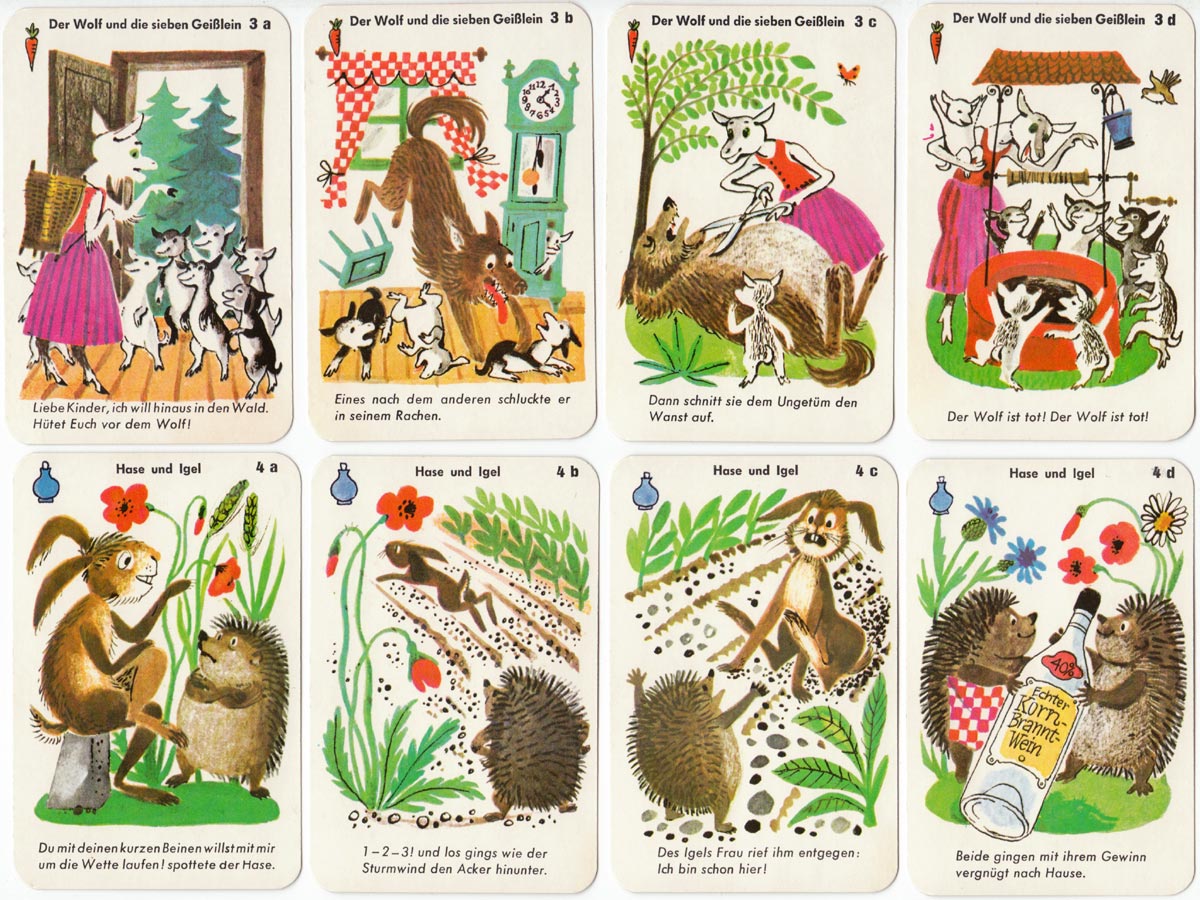 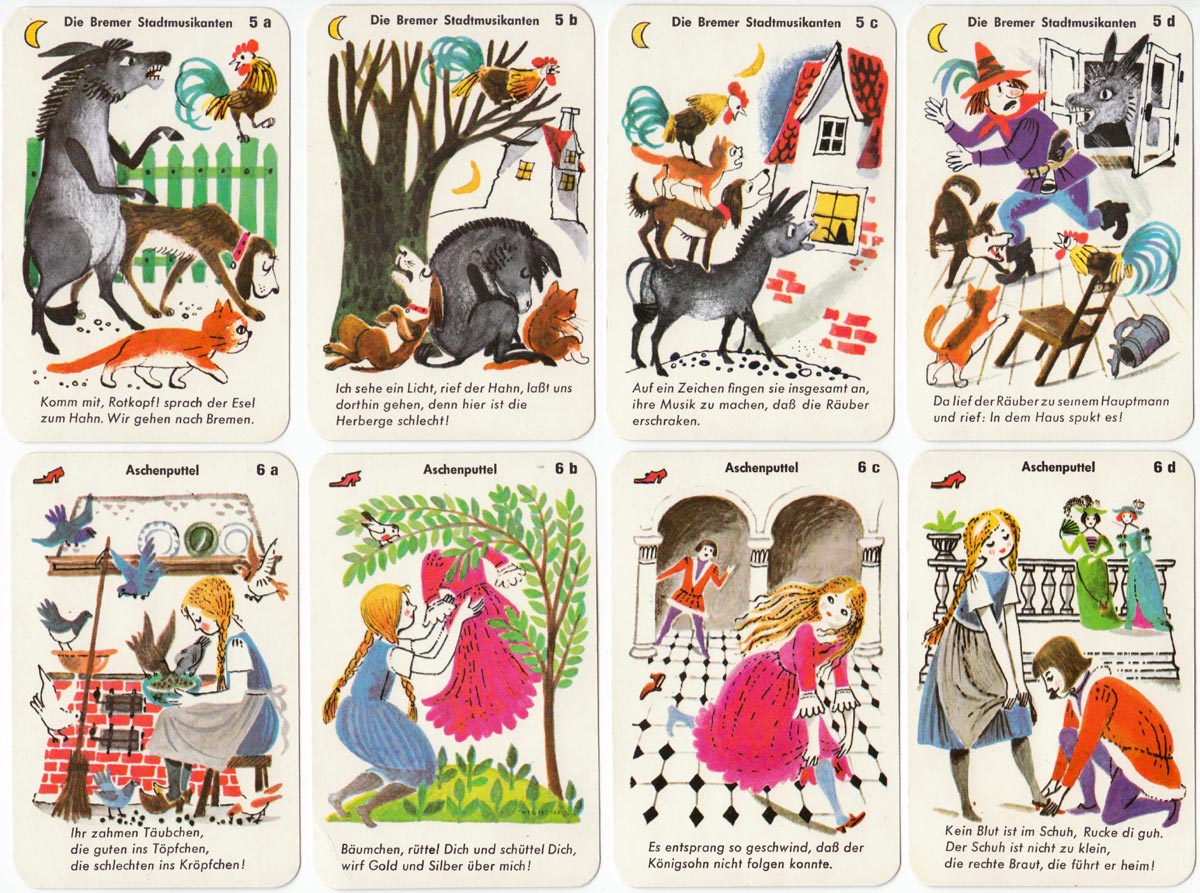 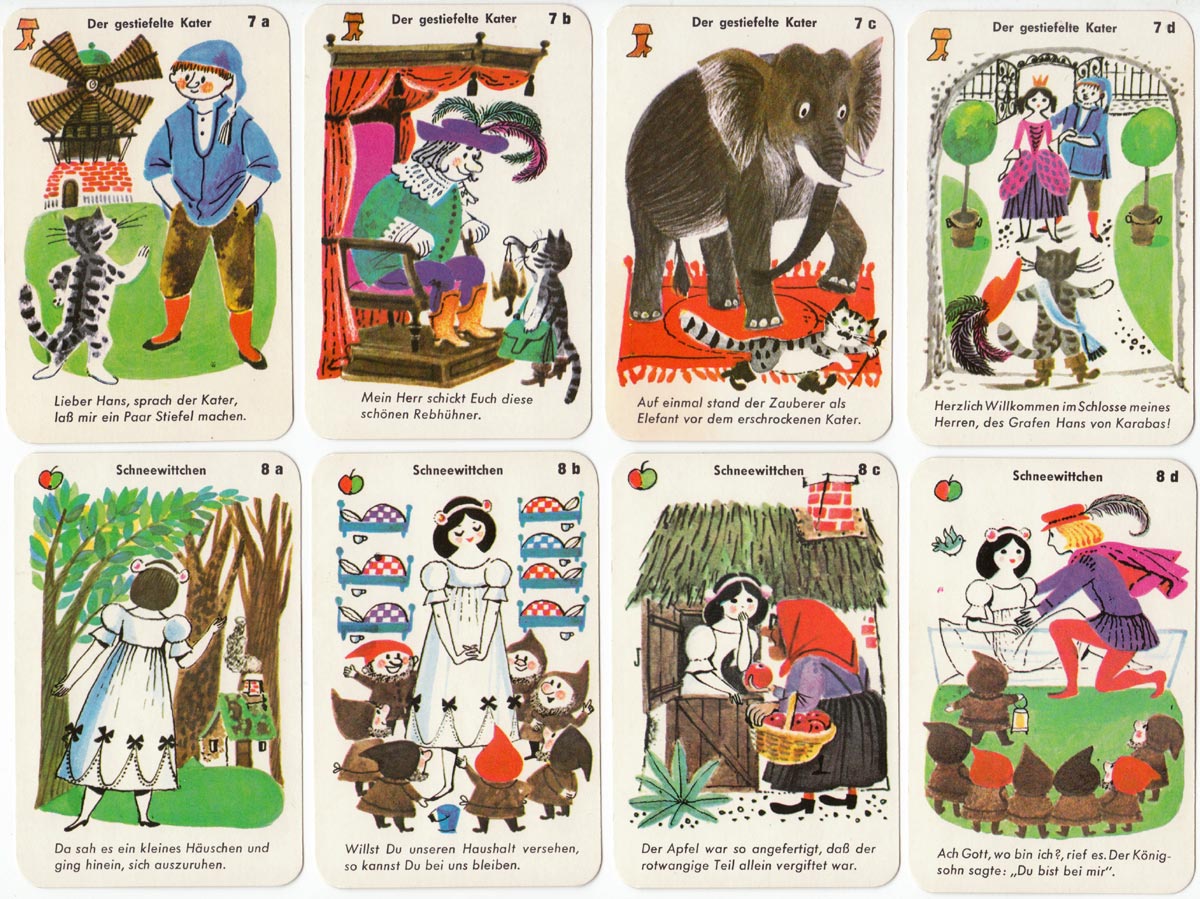 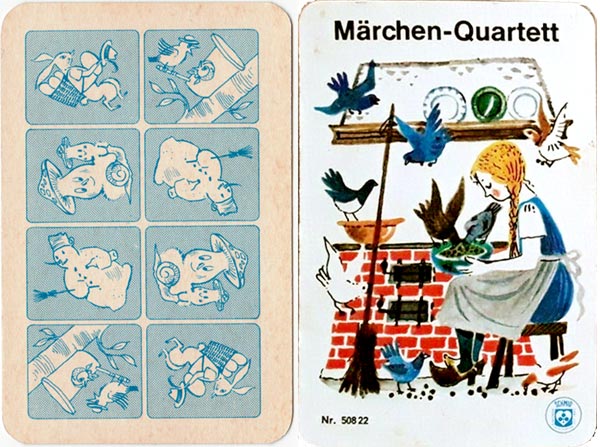