Märchen-Quartett (Fairy Tales) illustrated by J. P. Werth, whose name appears on one card, was published by J. W. Spear & Söhne in c.1915. I think that this game is a real work of art. The fabulous litho printing and the quality of design make it stand out even above the other wonderful German card games. The theme is once again Fairy Stories based on The Brothers Grimm’s stories and the French tales by Charles Perrault amongst others. 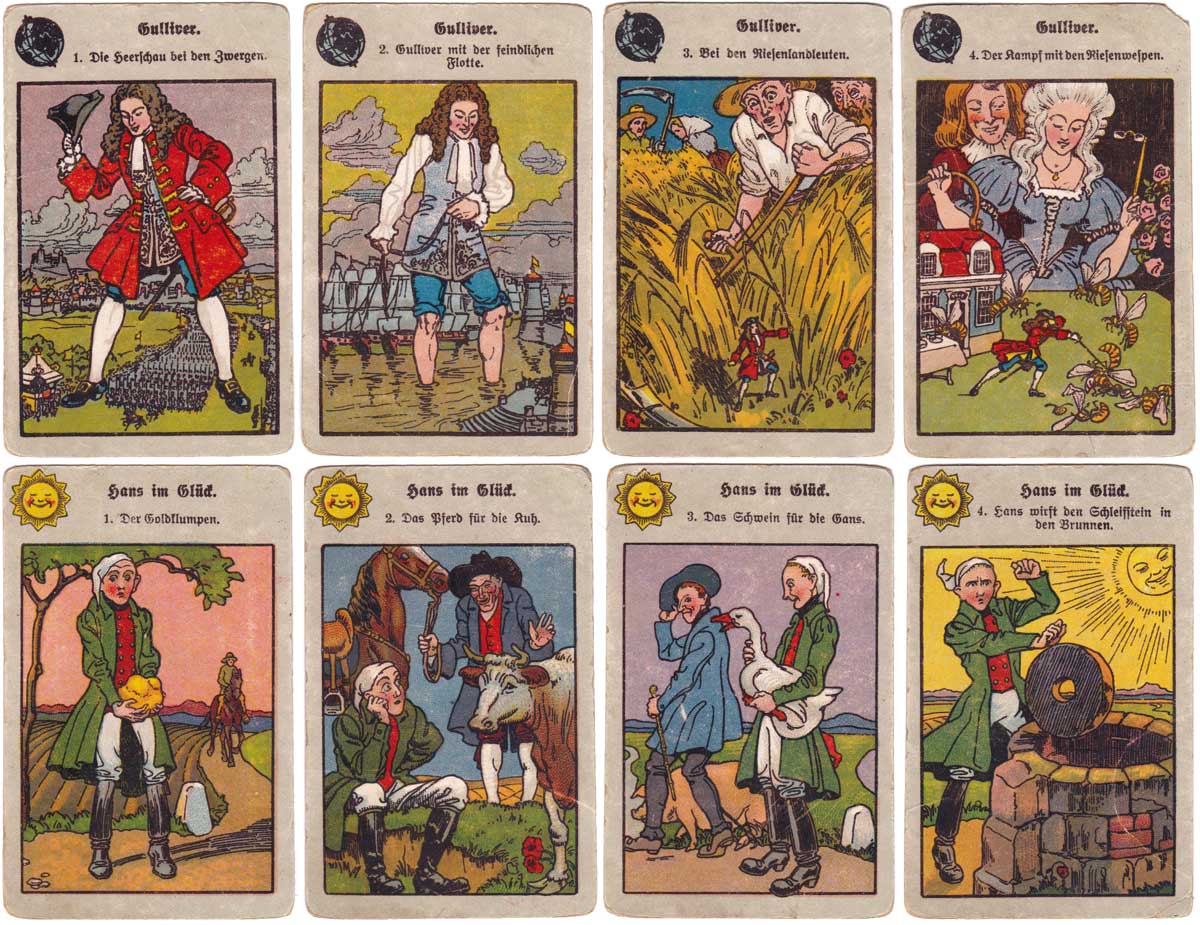 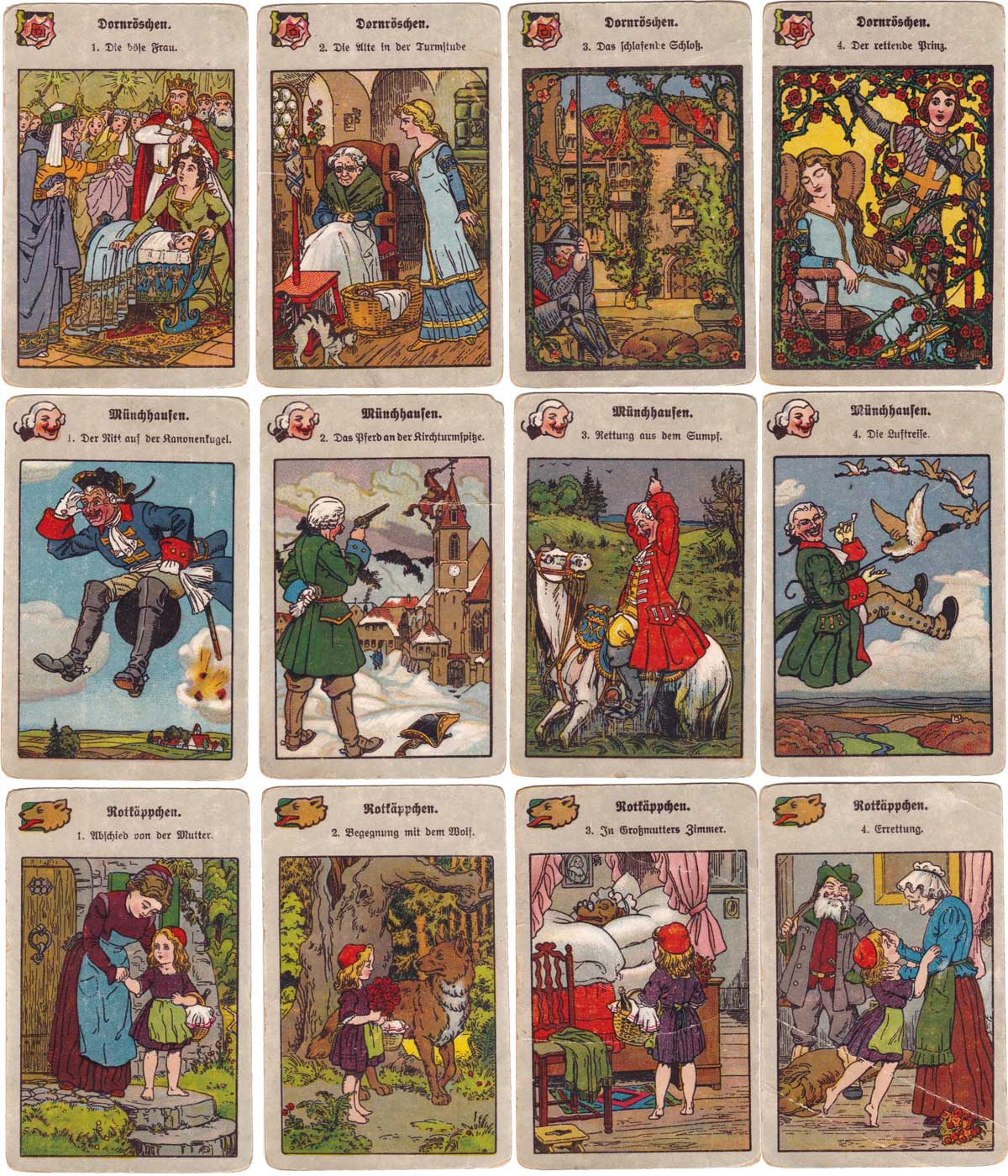 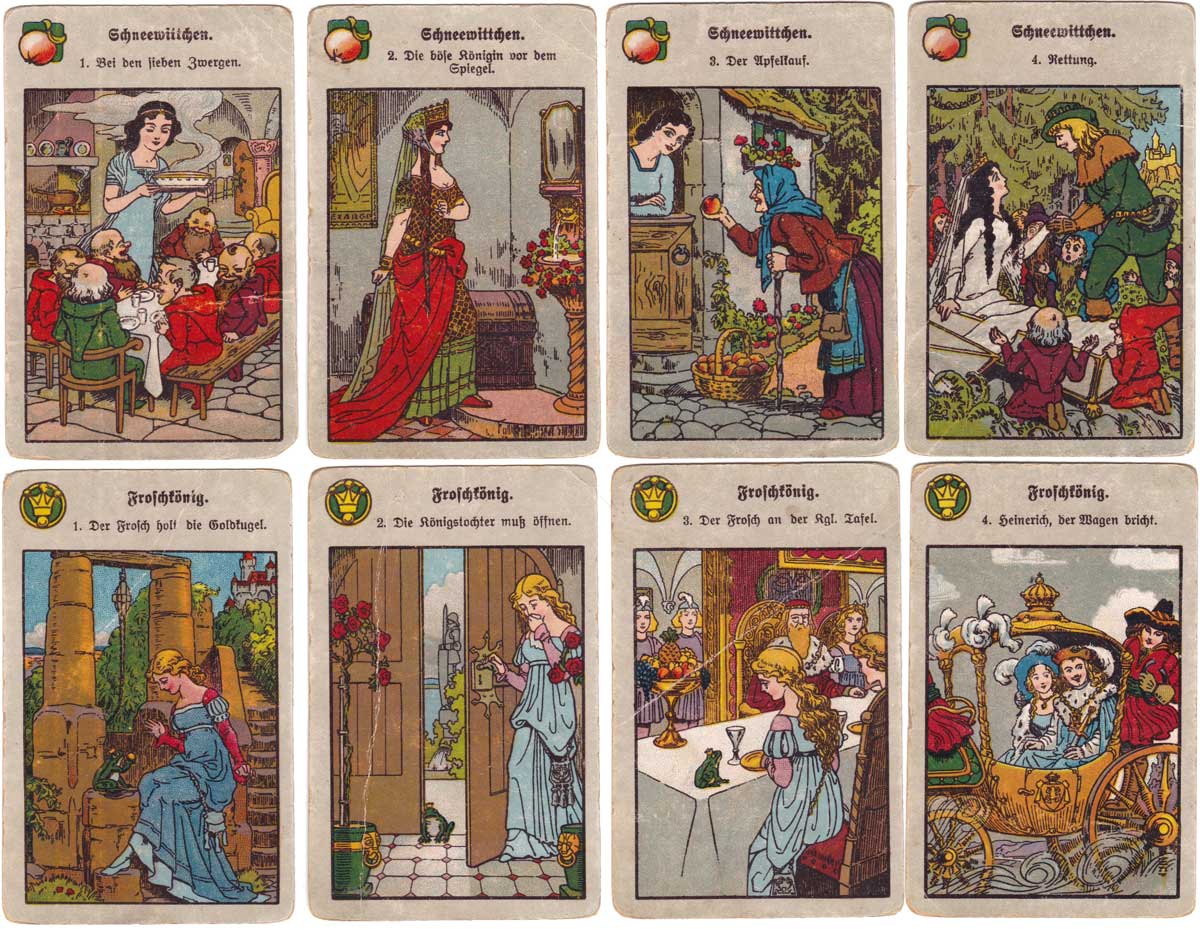 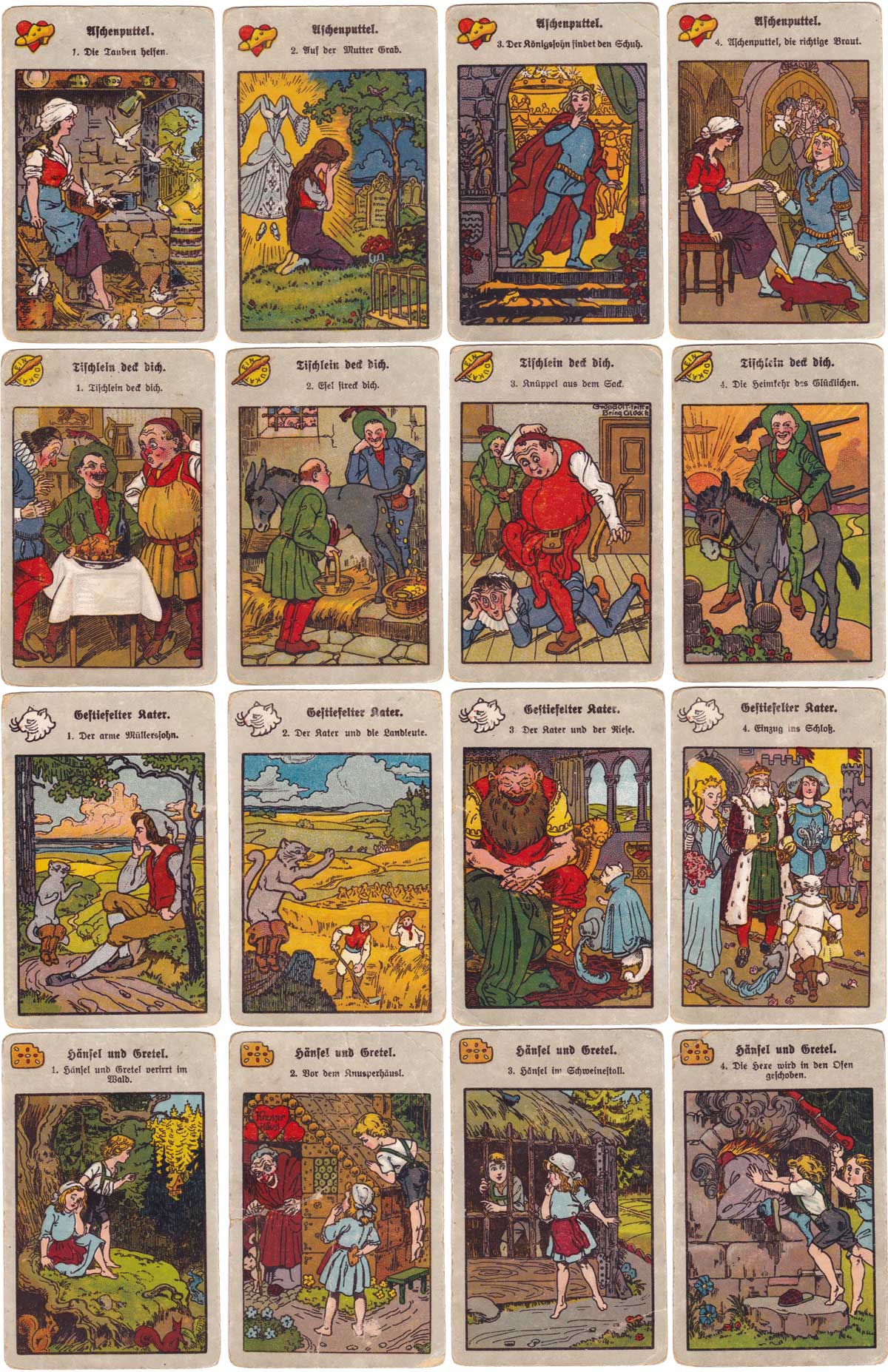